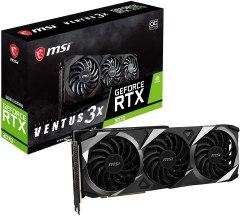 A great graphics card that is built to withstand heat.

This graphics card clocks at 1755 MHz and has a memory of 8GB. Multiple points of cooling aspects allow it to run most games at higher resolutions without overheating. Has the ability to run ray tracing without taking the frames below 60.

The design is a bit long, which may not fit in some cases. 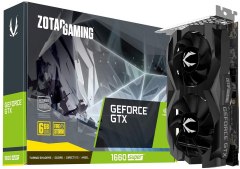 A solid, affordable card that is great for a smaller PC.

Has 3 separate display ports to fit into almost any system. Designed to be compact without causing overheating issues. Has 6GB of ram. The dual fans produce enough cooling power to maintain proper heat even when playing VR or gaming in 4K at 60 FPS.

Has less onboard memory than some other products. 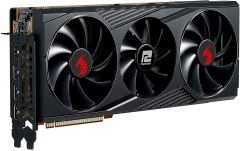 An efficient graphics card that holds up to faster gaming.

Has 16GB of ram and a dual bios system that allows the card to be silent when not playing graphic-intensive games. The fan blades are designed to dissipate heat 60% better than other cards. Has a metal backplate to prevent bending over time.

You may have to rearrange some components to make it fit. 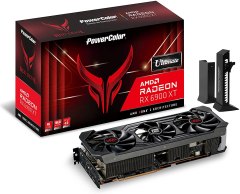 If you want a card that can take anything you throw at it, this is it.

Can handle multiple things going at once, making it a great option for streamers who like to play graphic-intensive games. The triple-fan design keeps it fairly cool at all times. The Radeon app allows the card to perform even better and adds customization.

Some included cables may be a bit too short. 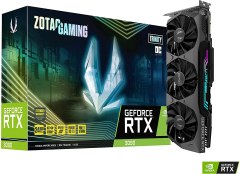 A nice cooling system and lots of power make this stand out.

NVIDIA's architecture allows this card to produce tons of power and show up the newest generation of ray tracing technology with ease. The 24GB of ram and an average clock of 1710 MHz allow it to easily hold up with ultra settings on most, if not all games.

May run a bit too hot at times decreasing the performance.

Ready for 4K gaming? Today’s high-end games are resource-intensive programs that have a higher refresh rate and greater memory demands. That’s where graphic cards for 4K gaming come in. They provide the extra processing boost a computer needs to render high-quality in-game graphics.

Adding a graphic card for 4K gaming to your existing computer system can provide a huge boost in-game performance and graphics quality. But as with any upgrade, getting that performance boost is not as simple as just buying the most expensive graphic card you can find and shoehorning it into an available card slot. There are a few more factors to consider before you buy.

That’s where BestReviews comes in. Our buying guide includes plenty of information and tips for choosing the right graphic card for 4K gaming on your system, so you’ll be up to speed in no time. 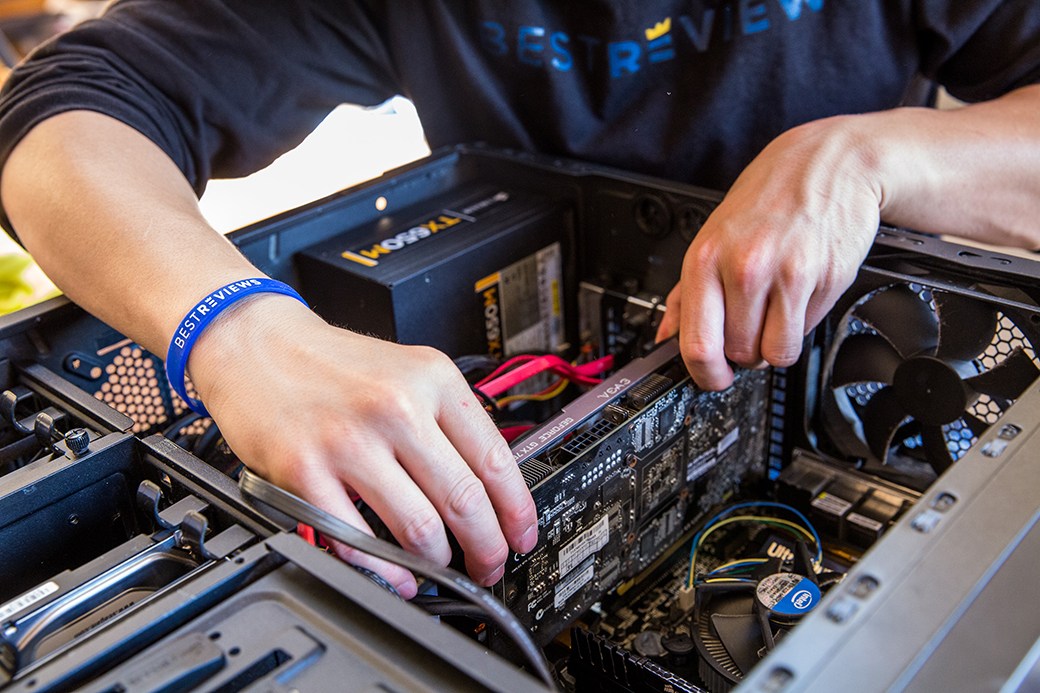 4K gaming graphic cards should ideally have 8 gigabytes of RAM to process those high-intensity graphics as efficiently as possible; 4 gigabytes is the bare minimum.

As much as you’d like to purchase any graphic card for 4K gaming and install it in an existing computer system, the reality is that it isn’t so simple. Take a holistic view to ensure that you’re purchasing the correct graphic card so that the hardware it’s working with doesn’t become a performance bottleneck.

Whether you have a gaming laptop and are looking to upgrade, or you’re using a PC that has an inadequate graphic card for the high-end games you want to play, the computer’s specs will dictate what type of graphic card you should buy. Read the fine print on the 4K graphic card’s specs to find out what systems, CPUs, and other components it’s compatible with. In general, the older the computer system, the less likely it will be completely compatible with a newer graphic card.

Monitor: A 1080p monitor with a 30- to 60-hertz refresh rate won’t be able to keep up with a high-end 4K graphic card. Conversely, a budget graphic card may struggle to deliver pixels at a 4K monitor’s triple-digit refresh rate.

VR: If you’re planning to add virtual reality gaming to your setup, make sure the graphic card you’re considering supports this technology.

Memory: A graphic card should have at least 8 gigabytes of memory to perform at its best during high-resolution gaming.

Power supply: We mentioned the power supply above, but it’s worth mentioning again: graphic cards for 4K demand quite a bit of power to handle processing. You might need to upgrade to a higher wattage. Also, the power supply needs to have compatible connectors, up to two 8-pin PCIe (peripheral component interconnect express) in most cases.

Not all graphic cards have the same dimensions, and gaming cards tend to be bigger than you might expect. They generally take up two slots in a PC case and sometimes three. Its heatsink and fan shroud can take up extra space too. Always measure the length, height, and width of the available slots and look up the measurements of the card you want to purchase.

Ports: A graphic card has multiple ports to connect the monitor or other display components. Make sure there’s a port that matches the connectors you’re using.

Graphic cards for 4K gaming generate a lot of heat, and excessive heat can damage components. That means cooling elements are part of the card’s form factor. There are four cooling options available depending on the brand and model: passive, active, water, and hybrid.

Passive cooling: A heatsink installed as part of the graphic card setup diffuses and disperses heat away from the card. There are no moving parts on a heatsink; it’s a static setup of metal blades. On the plus side, it works silently, reducing the background hum during gaming sessions.

Active cooling: This is a fancy word for “fan,” but active cooling does a far better job of cooling a graphic card by circulating air inside the computer case. Dual fans are the standard for 4K graphic cards. The drawback is that they’re quite noisy.

Liquid cooling: High-end graphic cards for 4K gaming may include a liquid-cooled setup: water is circulated within a closed system, passing over the card, absorbing heat, and then passing away from the card, so the heat dissipates. It’s similar to the radiator system on a car at a much smaller scale. Liquid cooling systems are efficient and run more quietly than active cooling systems.

Hybrid cooling: Because heat is such a problem with high-performance 4K graphic cards, hybrid water/air/heatsink setups are becoming more popular.

The highest-end cards on the market right now, Nvidia’s GeForce RTX series, boast a feature called ray tracing, a highly accurate graphics rendering technique. This technology has been available for a couple of years now, but it has improved enough to put it in contention as a game changer in 4K graphic card performance. Expect to pay top dollar for this feature. 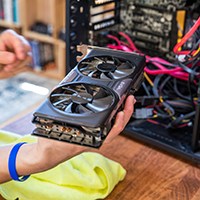 Did You Know?
Cooling is one of the biggest ongoing issues with 4K graphic cards, and cooling components are the biggest parts of a card’s overall form factor.
Staff
BestReviews

Inexpensive: Budget-minded gamers can find graphic cards for 4K gaming in the $449 to $749 range that mesh well with older gaming systems.

Mid-range: For improved heat management and more onboard memory, consider cards in the range of $799 to $1,100.

Expensive: At the top of the market, the newest, fastest cards with all the bells and whistles like liquid cooling will set you back between $1,200 and $1,600.

Nvidia GPU technology powers the hottest — and hardest to find — graphic card for 4K gaming right now, while AMD’s GPUs are considered by many to be the gold standard for reliable performance. 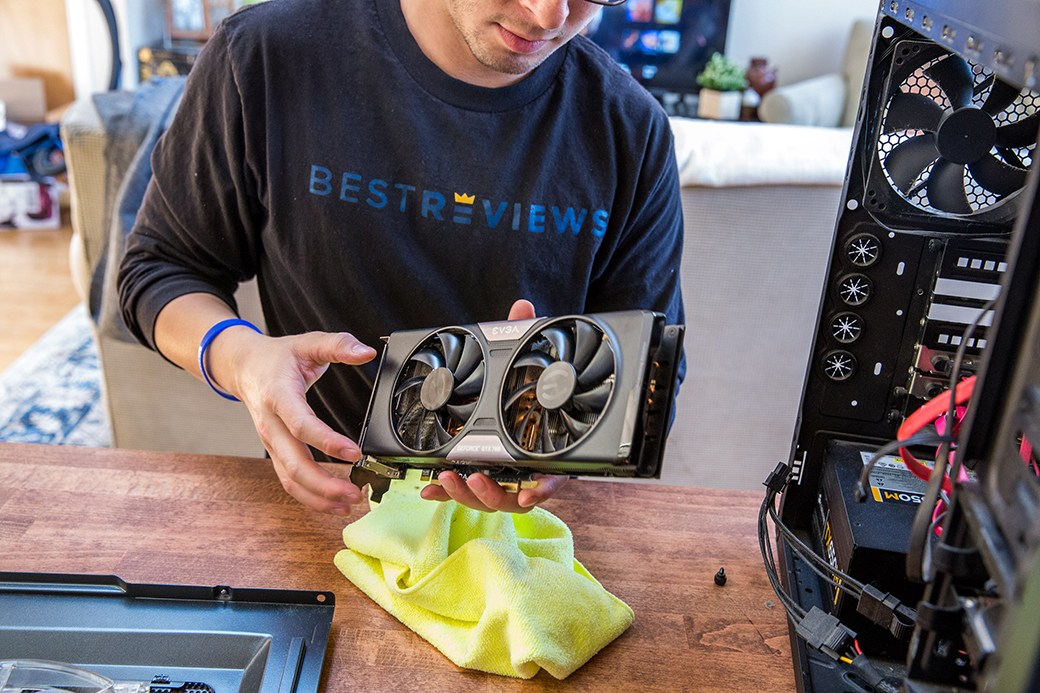 A. That seems like a good idea on the surface, but a dual graphic card setup is increasingly seen as a waste of money. Game developers are trending away from support for multi-card SLI and CrossFire setups. Instead, focus on buying a single, high-quality 4K graphic card and spend the money left over on a better CPU.

Q. Will a better 4K graphic card improve the graphics quality on my older-generation HD monitor?

A. It might deliver slightly improved graphics, but remember the limits of HD resolution, at 1080p, and the monitor’s refresh rate. If you’re not planning to upgrade the monitor, don’t spring for a top-of-the-line, pricey card. A budget-priced 4K graphic card will deliver better game performance with a small improvement in graphics quality. When you’re ready to upgrade the monitor to one with 4K resolution, you’ll notice a bigger improvement.

Q. I don’t have the money to upgrade my entire computer system just to get a cutting-edge 4K graphic card. What are my options?

A. Write down your system specs, including the CPU, power supply, case size, and current graphic card, as well as the make and model of your current monitor. Look for a graphic card for gaming that is compatible with these specs and will fit inside the computer case. Keep in mind that the older your computer system, the less likely it is to be compatible with even low-end 4K graphic cards. In that case, it might be more economical to purchase a new gaming system. Even last year’s models will be a huge step up in graphics performance at a bargain price. 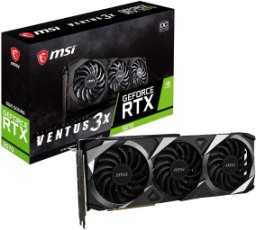 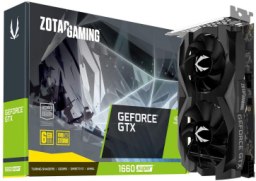 Best Bang for the Buck
ZOTAC
GeForce GTX 1660
Bottom Line
A solid, affordable card that is great for a smaller PC.
Shop Now 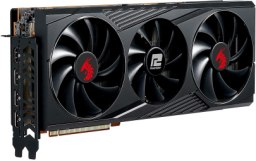 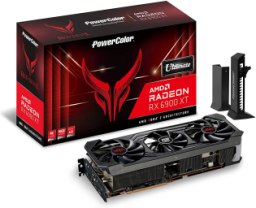 Top Pick
PowerColor
Red Devil AMD Radeon RX 6900 XT
Bottom Line
If you want a card that can take anything you throw at it, this is it.
Shop Now 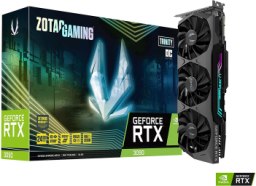 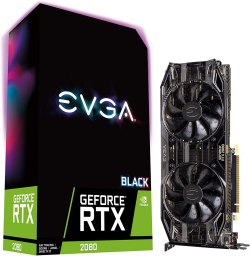 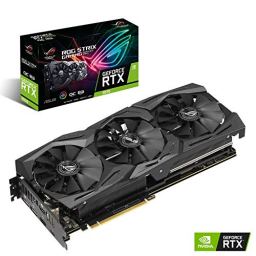 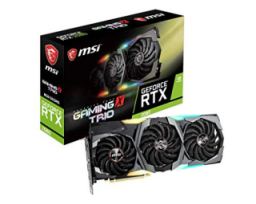 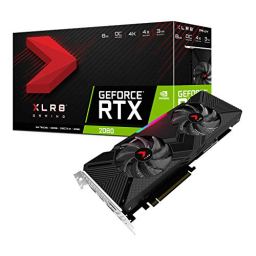 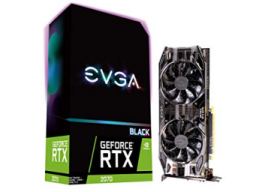