The inexpensive MPG B550 Gaming Edge is a versatile and well-constructed motherboard that is well worth the price.

WiFi drivers must be installed via an installation disc. 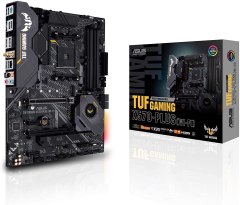 The Asus X570-Plus packs plenty of power into its sturdy frame and quality components, making it the best budget-friendly motherboard available.

Its RGB lighting is not as impressive as pricier models. 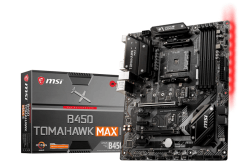 A top gaming motherboard by a trusted brand that is designed to deliver for avid gamers.

This responsive gaming motherboard delivers the action, as it is compatible with Intel 8th and 9th Gen processors. Possesses reliable fan that isn't overly noisy when running. Easy to install. Notable sound and video quality. Safe Slot Core is patent-pending.

Board has six screw holes compared to the eight or nine found in most cases. Has only four SATA connections. Won't fit all cases. 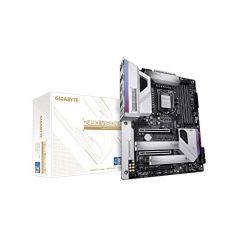 This gaming motherboard was designed to deliver consistent power, speed, and efficiency, making it well worth the price for high-end gaming computers. 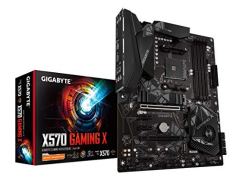 The Gigabyte X570 is a solidly constructed and versatile gaming motherboard that is well worth its price.

Its tiny fan may make noticeable noise over time.

If you’re building a gaming PC, you want to pick out the perfect components for optimum playing, and the most important one of all is the motherboard. Motherboards connect and control all aspects of a PC: everything from the CPU to the RAM to the power supply gets plugged into the motherboard, so it’s critical that you start building your gaming rig on the right foundation.

Gaming motherboards are built around the unique needs of PC gamers: they’re spacious enough to support high-end components like bulkier video cards while still allowing enough room for air to circulate for proper ventilation. However, they’re not all the same, and once you invest in one, you’re locked into a lot of other decisions, so it’s important to choose wisely.

If you’re ready to build your first PC gaming rig, or if you’re just looking for an upgrade for your existing gaming PC, you’re in the right place. 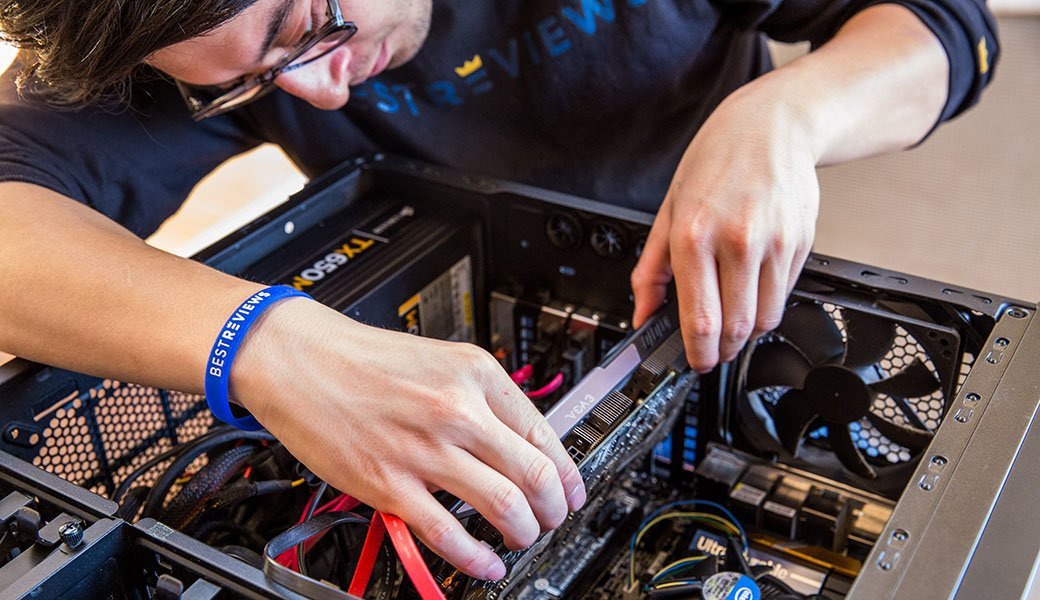 There are a lot of gaming motherboards out there, and it’s easy to get overwhelmed by the hundreds of options. To make things easy on yourself, answer these four questions to narrow down your search.

Do you play games that are graphics intensive?

Consider the games you like to play. Are they intense, first-person shooters like the Red Dead Redemption franchise, or do you mostly play platformers and puzzle games? If the games you like to play are resource-hungry, you’ll need to plan on looking at more expensive gaming motherboards that are up to the task. If you’re a more casual gamer, you can get away with buying a budget gaming motherboard.

Do you prefer an Intel CPU or an AMD Ryzen CPU?

The two main central processing unit (CPU) manufacturers, Intel and AMD, are constantly in a race to build the fastest processor. Gamers argue about who makes faster chips, but because they’re built on different form factors, a motherboard can only support one. Both Intel and AMD make great processors for gaming, so it’s a matter of preference more than anything else. Before you start shopping, decide which type of CPU you’re going to buy and then limit your gaming motherboard search to compatible models only.

Do you plan to connect more than one monitor to your PC?

Many PC gamers build setups with three or more monitors. Having additional monitors can be helpful in gameplay to widen visibility. If you want multiple monitors, you’re going to need a video card that can support that, and multi-monitor gaming video cards are big and bulky. If you’re planning on buying a larger video card, consider the measurements, and make sure to buy a gaming motherboard that’s big enough.

Do you plan on future upgrades, such as adding more RAM?

Some gamers leave their PC alone after they’ve built it, while others are constantly upgrading components. Depending on your plan for the future, you might want to leave room to grow, so buy a gaming motherboard with extra RAM slots or one that allows you to add multiple hard drives. If you don’t plan on making any changes to your PC once it’s up and running, you only need to find a gaming motherboard that suits your current needs.

Because gaming motherboards are so fundamental to a PC, there are a lot of specs to compare between models. Pay the closest attention to these features:

What CPUs does it support?

Once you’ve decided if you’re going the Intel route or the AMD route, the next thing you’ll need to figure out is which Intel CPU or AMD CPU you want to use so you can buy a gaming motherboard that explicitly supports it. For example, if you want to use an eighth-generation i7 CPU, you’ll need to make sure the motherboard you buy is guaranteed to work with eighth-generation i7 CPUs. Most gaming motherboards make it pretty clear which CPUs they work with, but it pays to triple-check nonetheless.

Do you need multi-GPU support?

Many graphics cards can operate in parallel, meaning you can buy two of them for the same PC and get twice the graphics processing power, or use each to power its own monitor. If you’re going to venture into the world of multiple graphics cards, you’ll need a motherboard that can handle it.

What onboard connectivity do you need?

All motherboards have a suite of connectivity options for connecting peripherals: a small panel of ports including USB, audio, and Ethernet. They all kind of look the same, but there are small differences that can impact your gaming experience (for example, you may want one that has a USB-C port for connecting newer devices). What’s more, many motherboards also include onboard wireless connectivity options like WiFi and Bluetooth. Before you pick a specific gaming motherboard, consider everything you’ll be plugging into it, and make sure it’s got all of the connectivity you need.

If you’re looking to build a basic gaming machine and you want to keep costs down, you can find a decent gaming motherboard for between $60 and $100. Motherboards in this price range aren’t super fancy, but they get the job done – in 1080p, at least, but probably not in 4K. If you’re a casual gamer, or you want to practice building computers before making any bigger investments, you can find some good options in this range.

If you want to build a competent machine, but you don’t want to pay top dollar for the latest and greatest tech, you can find a good motherboard for between $100 and $250. Gaming motherboards in this range support the latest CPUs, they have plenty of ports for connecting storage and video cards, and most will even have WiFi and Bluetooth built in. If you absolutely need the best tech available, you’ll have to spend a lot more, but if you just want a gaming PC that can keep up with current triple-A titles, you don’t have to spend more than $250.

If you’re looking for a gaming motherboard with every last bell and whistle, you’ll need to spend between $250 and $400. Premium motherboards definitely have their perks: they’re usually easier to install in a PC case, they can work with the latest CPUs, and some are even designed for overclocking. If you’re a serious gamer – or training to be one – you might want to look closely at the most expensive models on the market. 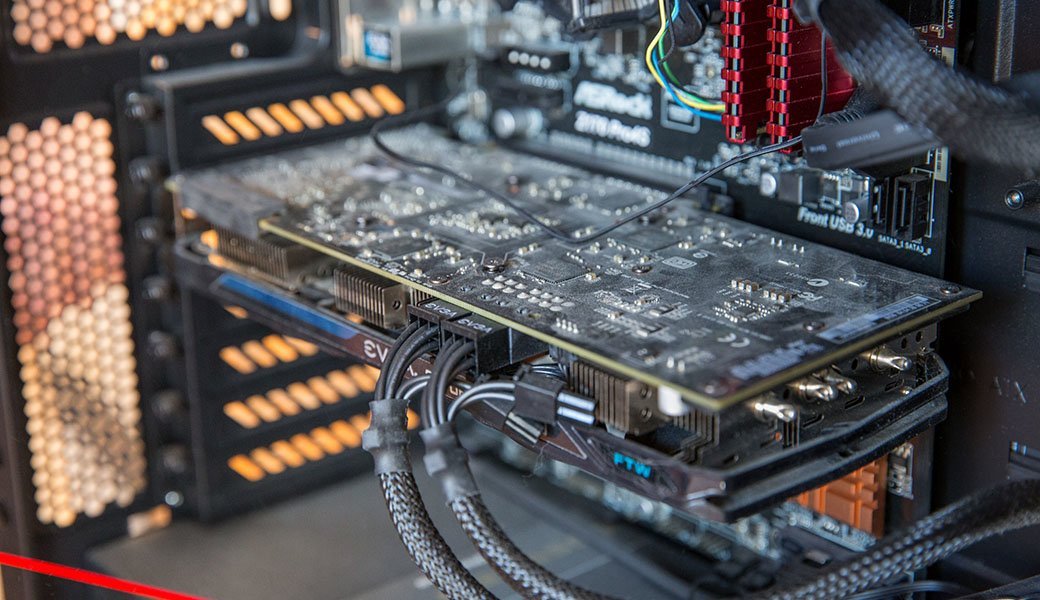 Wearing an LED headlamp makes building your gaming PC much easier because you can see all of the small parts and the even smaller writing on them.

Q. Can I disable the LED lights if I buy a gaming motherboard that comes with them?

A. Yes. LED lights can be a fun effect, especially in a translucent PC case, but some gamers find them distracting. If you’re not into lighting up your PC cases, you don’t have to install the included LED lights, or you can buy a gaming motherboard that doesn’t include them in the first place.

Q. What is overclocking, and how does it impact my gaming PC’s performance?

A. When you install a CPU into a motherboard, the motherboard has instructions built in that tell it how fast to run the CPU. However, those instructions can be modified. For example, a motherboard can run a CPU at a speed that’s faster than it’s designed for, a practice known as overclocking. Gamers who overclock are basically pushing their computer hardware past its limits, which can result in better performance but also more heat. If you’re planning on experimenting with overclocking, do your research ahead of time, and make sure that your computer is properly ventilated.

Q. If a gaming motherboard has onboard graphics, do I still need to buy a video card?

A. Probably. “Onboard graphics” is a fancy way of saying that the motherboard can borrow resources from the CPU to produce a video signal. Onboard graphics are great for basic web browsing and desktop work, but if you’re going to be gaming, watching movies, or doing anything that requires video horsepower, you’ll want to buy and install a separate video card. 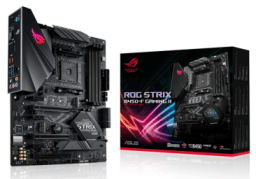 Best of the Best
MSI
MPG B550 GAMING EDGE WIFI Gaming Motherboard
Bottom Line
The inexpensive MPG B550 Gaming Edge is a versatile and well-constructed motherboard that is well worth the price.
Shop Now 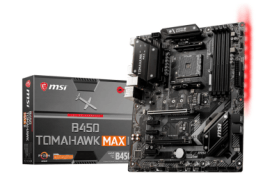 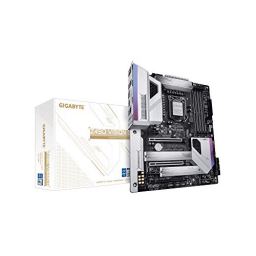 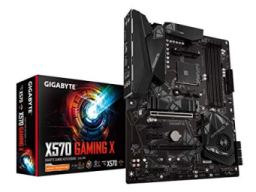 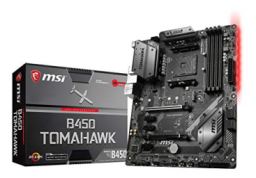 Top Pick
MSI
Arsenal Gaming AMD Ryzen 1st and 2nd Gen Gaming Motherboard
Bottom Line
While this model may not appeal to all gamers, it's worth considering for those who are looking for an inexpensive MSI model.
Shop Now 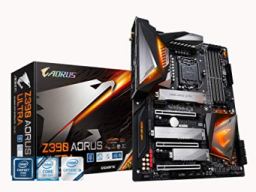