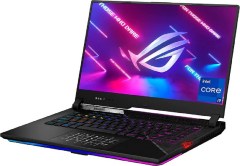 A high-end laptop for hardcore gamers seeking an immersive and flawless experience.

It boasts a fast and powerful i9 Intel Core processor, 16GB of RAM, and a GeForce RTX 3070 Ti graphics card. The 1 TB SSD is more than enough for most games. Utilizes a MUX Switch to increase speed and performance and decrease latency.

It doesn't have a built-in camera for video calls or streaming. 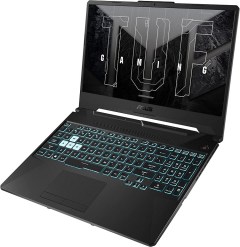 An excellent laptop for casual gamers that delivers impressive graphics and high-class performance.

It has poor battery life and the trackpad is mediocre. 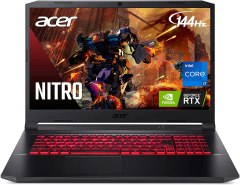 Best for gaming and getting work done on the go, the Nitro 5 is a powerful laptop for the price.

Some may consider this 5-pound laptop a bit chunky. 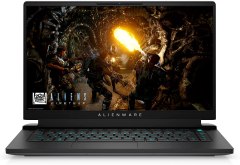 The Alienware M15 R6 is as powerful as it is stylish, making it a must-have for playing PC games at their visual best while on the go.

A solid gaming laptop with a sturdy build that delivers crisp visuals and fast performance.

It doesn't offer much keyboard customization.

If you game at home or on the go, a gaming laptop is a great way to take the latest games anywhere. The specs of gaming laptops vary widely, and not all laptops are as easy to upgrade to maintain top performance.

For playing the latest games at top performance, you need a machine that is powerful enough to meet your needs. The screen size and resolution are important considerations, as is the GPU when it comes to visuals and framerate. The CPU and RAM determine how quickly your computer will perform and how many tasks it can handle at once. You should also find a gaming laptop with a style that suits your taste.

Any gaming laptop is a moderate to major investment and should keep you gaming for years. As a result, it’s important to consider every aspect of your gaming machine, so you can play your favorite games at their highest performance level. 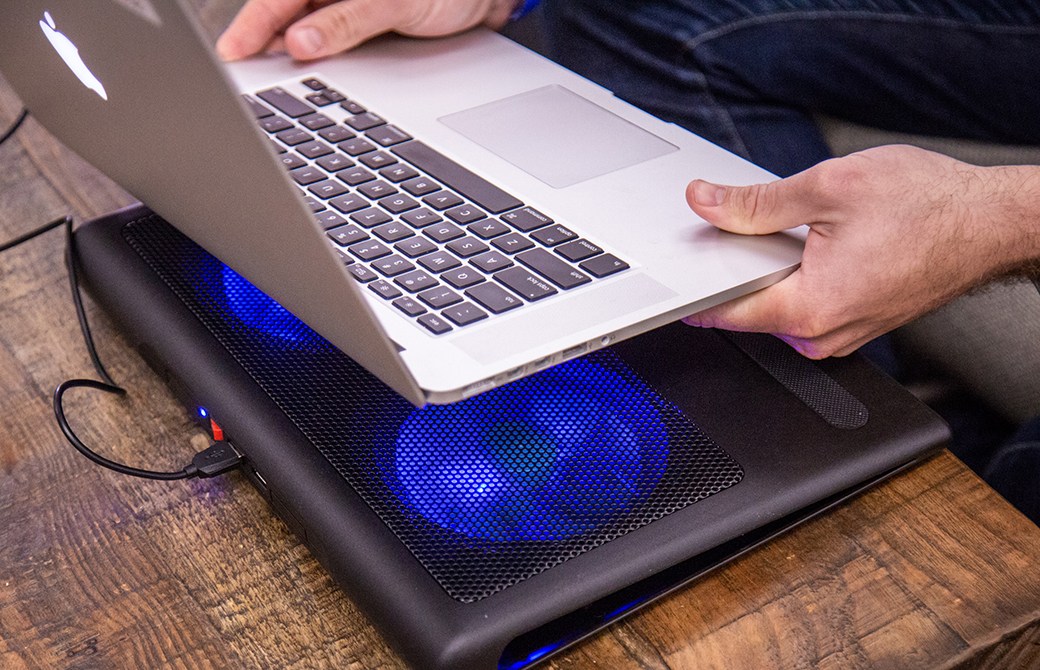 Intense video games are meant to push computer hardware to its limits, which means they generate a lot of heat. As you shop, remember that you’ll need to place your gaming laptop in a well-ventilated spot while you’re playing.

It’s all in the (video) cards

Video games, especially first-person-perspective games, depend on the computer’s graphics processing unit (GPU) to render the images you see while playing. Naturally, the GPU is the single biggest factor when it comes to your ability to play a game on a laptop.

If you think of a GPU as a computer’s video “muscles,” it’s easy to see why gaming laptops need a particularly strong GPU.

We recommend a minimum of 4GB of VRAM. Video cards are often measured by the chipset they use and the amount of built-in memory (VRAM) they have. For example, you may see a video card described as a “GeForce” series with 4GB of VRAM.

As you’re shopping for gaming laptops, pay attention to both the chipset series and the VRAM, and make sure that both are adequate for the games you intend to play most frequently. 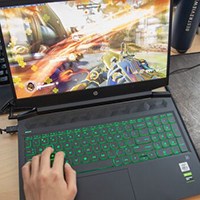 Expert Tip
If you’ll be playing your gaming laptop on a couch or in an armchair, consider getting a desk tray so you don’t have to rest it on your legs. Gaming laptops get warm, and some trays even include built-in vents and fans to keep everything running cool.
Jaime Vazquez
BestReviews Electronics Expert 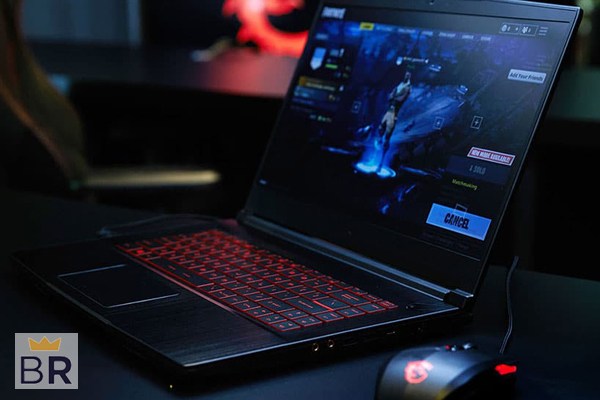 We select a variety of gaming laptops for testing, including basic and highly portable options as well as bulkier models that perform nearly as well as desktop PCs. 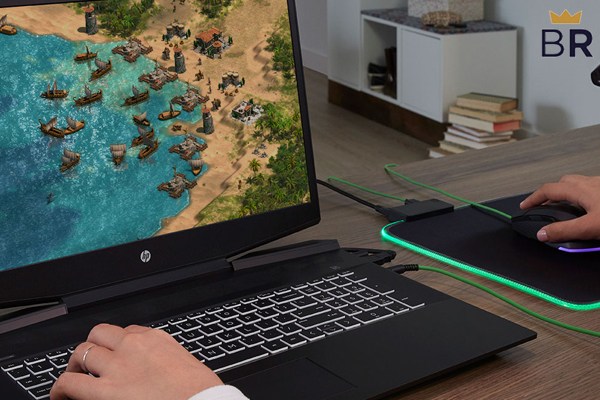 Aside from performance, we take into account aspects like hinge strength, cooling system effectiveness, and general appearance when evaluating the best gaming laptops. 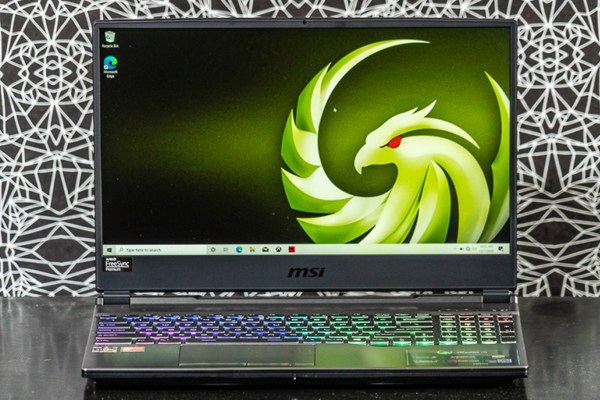 Brightness, contrast ratio, and color gamut are three important things we measure when testing the displays of gaming laptops. 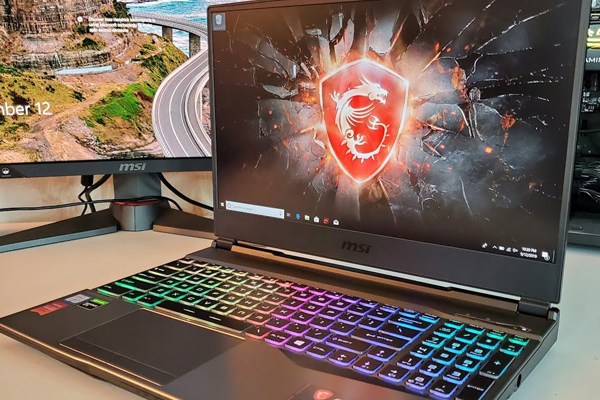 When selecting gaming laptops to evaluate, we dig deep for models with reliable and satisfying mechanical keyboards that significantly improve the playing and typing experience. 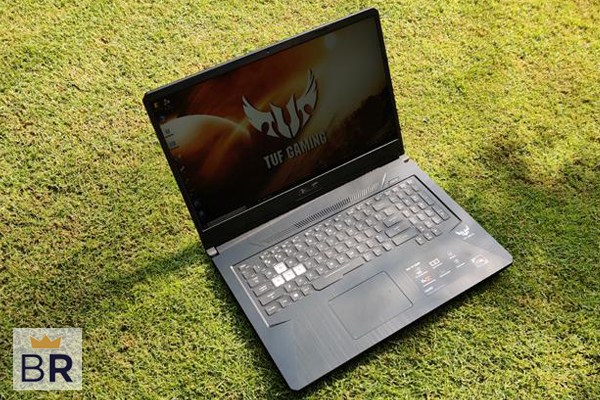 We’re careful to note the differences in the performance of various gaming laptops when plugged in versus when running on battery power. 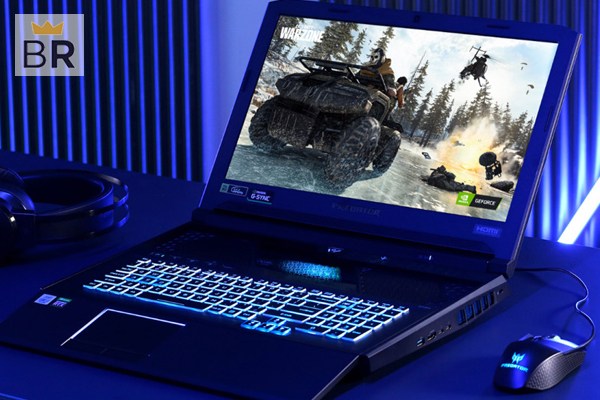 Gaming laptops of all sizes and capabilities frequently sport backlit keyboards that make it that much easier to play in the dark. 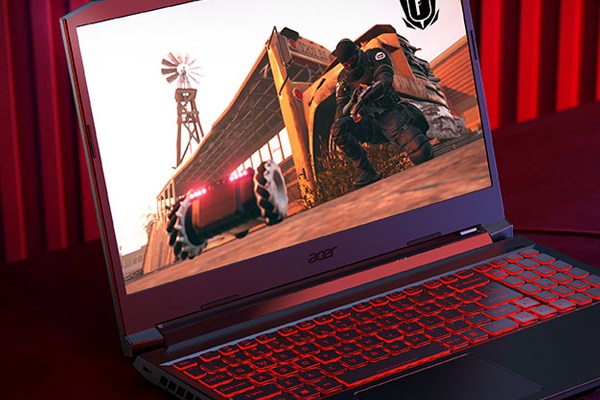 We look for gaming laptops that are powerful enough to accommodate just about any task you could encounter at school or work. 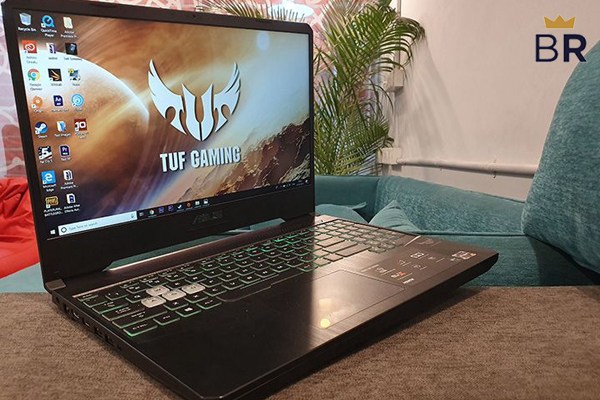 In our research, we keep an eye out for gaming laptops that deliver great performance on AAA titles when you’re away from home. 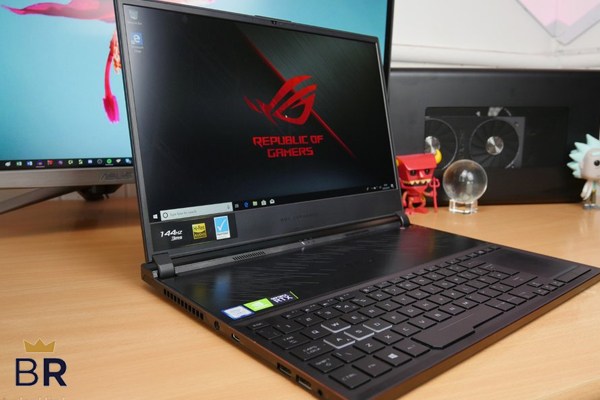 We pay special attention to the most recent gaming laptops that boast powerful CPUs and GPUs yet have reasonably thin, light form factors. 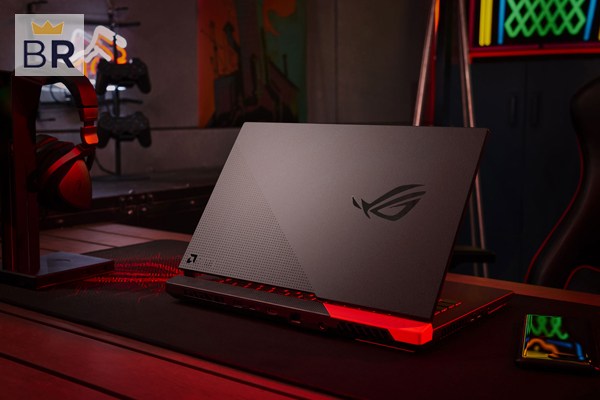 For users who are comfortable carrying around a heavy machine and keeping it plugged into the wall, we look for gaming laptops that are designed to function as portable desktop replacements.

A gaming laptop’s second most important component is its central processing unit (CPU), which is responsible for keeping your computer running. It’s the chip that processes all the data and executes all the commands.

While a gaming laptop’s GPU is dedicated to rendering video, the CPU is responsible for everything else, from the operating system to every last game of Solitaire. It can be difficult to keep up with CPU technologies because they evolve rapidly, but in general, consider the following when deciding what type of processor you’ll need. 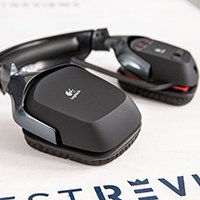 Expert TIp
If you’re using any wireless peripherals with your gaming laptop, like a wireless gaming headset or a wireless mouse, be sure to pick up extra batteries so they don’t run out mid-game.
Jaime Vazquez
BestReviews Electronics Expert

As with all laptops, deciding on what size screen is right for you also means deciding what size laptop is right for you because the screen determines the machine’s footprint. Since gaming laptops are all about displaying eye-popping visuals, picking a screen that you like and one that adequately renders the games you want to play is important. 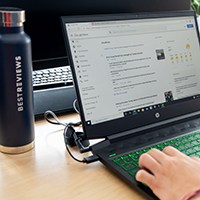 Expert Tip
If your gaming laptop doesn’t have a lot of ports, pick up an adapter that adds more. Many laptops include a USB-C port and omit others because they’re built with the assumption that you’ll connect any peripherals with a multi-port adapter.
Jaime Vazquez
BestReviews Electronics Expert

There are two main price ranges to be aware of when looking at gaming laptops.

In this price range, expect to find budget gaming laptops that use last-generation technology or cut corners by having a smaller screen. If you’re dreaming of playing a first-person shooter at 4K resolution with a chat window open and your favorite tunes playing, you’ll need to spend more to get a more capable laptop.

That said, if you’re merely looking for a competent gaming laptop that will power your Minecraft addiction, there’s no need to spend more than $1,000.

In this price range, you’ll find great gaming laptops that pull out all the stops. You’ll see current-generation GPUs and CPUs alongside some premium features like bigger batteries, larger screens, and gamer-friendly aesthetics.

If you play video games for more than an hour each day, a gaming laptop in this price range is your best bet.

If you're a serious gamer who wants the best of the best, expect to pay top dollar. 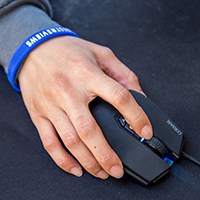 Expert Tip
Make a plan for all of the accessories you’ll need to buy along with your gaming laptop. I recommend getting at least a gaming mouse and a laptop case
Jaime Vazquez
BestReviews Electronics Expert 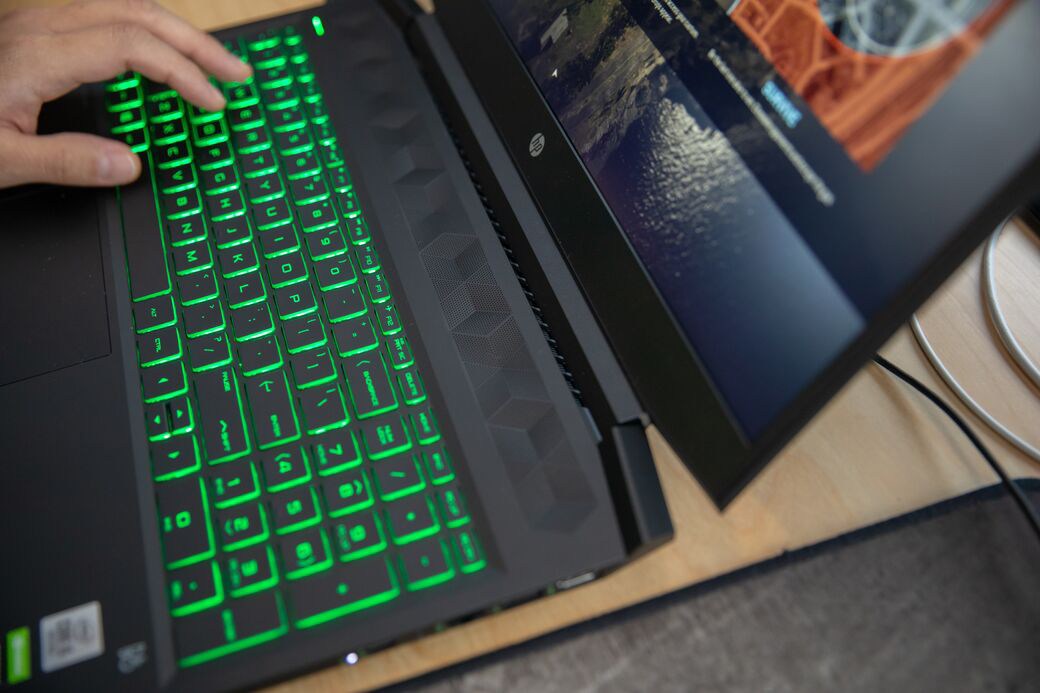 Because gaming laptops typically have high-end features (like the most current generation of CPUs or GPUs), they’re much heavier than other laptops. Most gaming laptops weigh between five and ten pounds.

Q. How much RAM do I need in a gaming laptop?

A. Random access memory (RAM) is the memory a computer uses to store data related to active tasks. While adding more RAM won’t make your computer faster, it will enable it to handle more tasks simultaneously, making your experience smoother and more responsive. While some low-end gaming laptops ship with 4GB or 8GB of RAM, for an optimal gaming experience, we recommend buying one with a minimum of 16GB of RAM.

Q. Can I play virtual reality (VR) games on a gaming laptop?

A. Yes, you can do this with additional hardware. Virtual reality games can be installed and run from any Windows-based machine, and they require special equipment like VR goggles and hand controllers (sold separately). Before investing in a VR kit, make sure your gaming laptop meets the technical requirements of the VR games you want to play.

A. While many video game developers port their most popular titles to Apple’s macOS operating system, Apple does not have a laptop that’s designed specifically for gaming. However, most Apple laptops have competent GPUs that can deliver an average gaming experience. If you’re more than a casual gamer, stick with Windows. Many of the most popular gaming titles are PC exclusives. 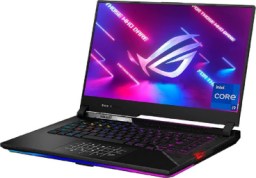 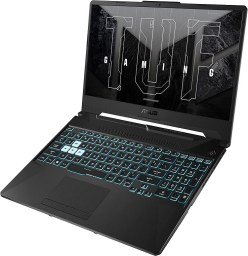 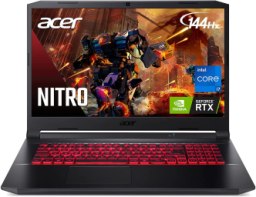 Top Pick
Acer
Nitro 5 Gaming Laptop
Bottom Line
Best for gaming and getting work done on the go, the Nitro 5 is a powerful laptop for the price.
Shop Now 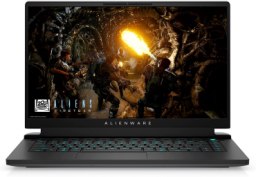 Top Pick
Alienware
M15 R6
Bottom Line
The Alienware M15 R6 is as powerful as it is stylish, making it a must-have for playing PC games at their visual best while on the go.
Shop Now 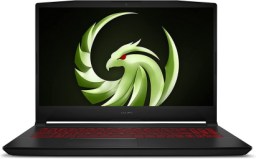 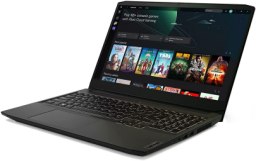 Top Pick
Lenovo
IdeaPad Gaming 3 15 Laptop
Bottom Line
This Lenovo laptop gains the praise of our expert thanks to its price point and its ability to run a wide variety of games with ease.
Shop Now 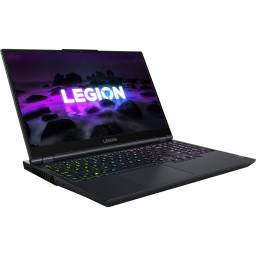 Top Pick
Lenovo
Legion 5 15
Bottom Line
If you need a compact yet powerful option, the engaging sound and visuals of Lenovo’s Legion 5 are worth a look.
Shop Now 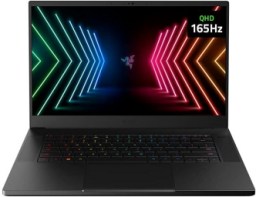 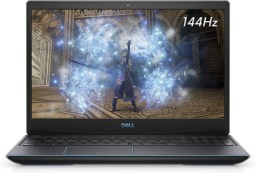