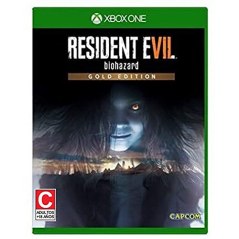 Between a house so filthy you can smell it, and slimy horrors lurking around every corner, you’ll be thrilled to try and flee the horrid Baker residence.

Some may not appreciate the first-person perspective. 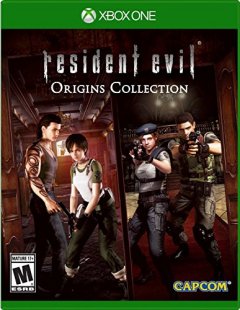 This video game bundle is a great way for fans to relive the terror of combating leeches, a giant scorpion, and hordes of zombies roaming these classic games.

New players may not enjoy the retro “tank” character controls. 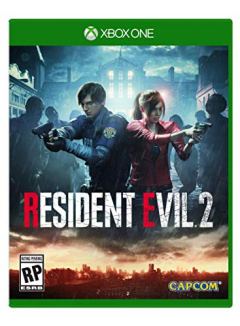 Capcom streamlined and updated an already great game for the better, and both newcomers and zombie-stomping veterans will appreciate this incredible remake.

Some of the puzzles are overly complicated.

Resident Evil 4 branched out in a different direction than its predecessors, but its emphasis on action, fresh vile creatures, and superior controls were welcome improvements.

A port featuring few updates since its original release in 2005. 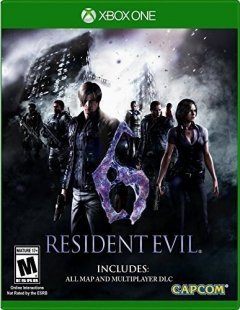 Tracking a giant snake mutant in China and evading zombies in small-town America are part of the intricate story and creepy experience presented in R.E.6.

Variety means you’ll likely enjoy some stories more than others.

Since the first game released in 1996 for the original PlayStation console, Resident Evil has been a fixture in video games. With elements ranging from clever puzzles to encounters with zombie hordes, this survival horror series tests its players in a variety of ways.

Resident Evil games are available on most modern video game consoles as well as PC, making it easy to keep up with the series. However, with dozens of games (including several remakes) to its name, finding the right starting point can be tough. Some titles are more action focused, while others feature stealth elements and careful management of ammo and other items.

Thanks to remakes and remasters, most of the series is relatively easy to track down. But knowing which Resident Evil game is right for you can be a challenge. That’s where a good buying guide and some recommendations come in handy. 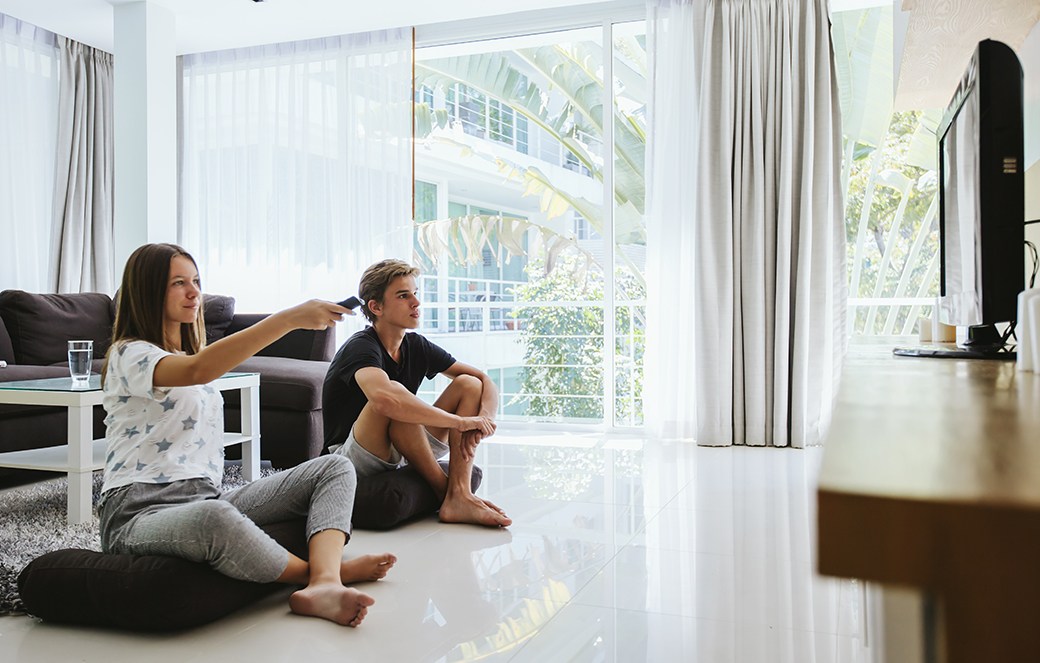 While there are some familiar characters and concepts, the Resident Evil films do not have many connections with the video game series.

How to buy the best Resident Evil game

To find the right game for you, consider your playstyle, platform, and prior experience with the series.

Since the beginning of the franchise, Resident Evil games have been available on a range of platforms. If you have a newer game console or gaming computer capable of playing modern titles, there’s a good chance you can keep up with the latest in the series.

Most major titles and remakes are available on Playstation, Xbox, and Nintendo consoles, as well as PC and Google Stadia.

Spinoffs are available across all major platforms. Occasionally, they’re playable on handheld consoles like the Nintendo 3DS, sometimes as exclusive games.

Ever since the original game, Resident Evil games have been aimed at an older audience and focus on fighting off virus-infected zombies in humanoid and monster forms using a range of weapons. The games don’t hold back on violence, showing gruesome details as the player shoots, stabs, and torches their way through enemies who die in a variety of gory ways. In addition, there is also strong language and occasional nudity. Needless to say, these are not games made for children.

Most games in the series fall in the survival-horror genre, putting the player in the shoes of characters fighting off the zombies that resulted from the latest bioweapon created by evil corporations.

Levels are mostly linear, moving the player along from area to area, but some regions are large and have lots to explore. Players progress through areas by killing enemies, finding keys, and solving puzzles. There is a survival element as well since the player must ration their healing supplies and other resources.

If you’re playing on the normal difficulty level, most games are fairly challenging due to their combat, resource management, and puzzles. Experienced gamers will likely find the challenge level on par with similar horror games.

The main games usually have a number in their title, with some exceptions. They feature similar gameplay, challenging you to solve puzzles and kill monsters in harrowing environments.

The best-selling franchise has also led to a handful of spinoffs with a variety of gameplay elements. Many are rail shooters, in which the player is automatically moved through levels while shooting enemies. In many cases, these games use light guns or motion-sensing controllers to aim. Other games focus on cooperative multiplayer gameplay, puzzle solving, or survival and exploration.

In Japan, Resident Evil is known as Biohazard. When the English-language version of the game was distributed, the name was changed from Biohazard to avoid trademark challenges.

Over several decades and dozens of games, the Resident Evil series has undergone some major changes and experimented with gameplay elements, making each game unique.

First-person: More recent entries, like Resident Evil 7 and Resident Evil Village, use first-person perspective, which can be disorienting for those new to video games because you can’t see your character on screen. These can feel more immersive and frightening since you can see less of your surroundings, and monsters often charge right at the screen.

Third-person: Most entries in the series use a third-person view. The first few games used “tank controls,” in which controller inputs were relative to the character instead of the camera. For example, if the character was facing the camera and you pushed left on the analog stick, the character would turn toward the right of the screen because that is the character’s left. In addition, the camera is often fixed in a room or area and can’t be moved by the player. As you can probably guess, this is disorienting and very challenging for many people, but it can add to the tension as you try to avoid being killed by zombies.

Later third-person entries use a more traditional camera that hovers in the air behind the player or over their shoulder. However, they differ from most third-person shooters because you can’t move your character while aiming or shooting your weapon. While this can be frustrating and unintuitive, it adds to the tension of combat and emphasizes making every shot count.

The series has featured a number of protagonists and villains, many of whom appear in several games. Jill Valentine and Chris Redfield (both members of Raccoon City’s S.T.A.R.S. Alpha Team) are some of the best-known characters and appear in many titles from early games to recent releases.

If you have a favorite protagonist, you should check to see what games they appear in. Some characters even make appearances in the downloadable content (DLC) for games in which they are not protagonists.

A few Resident Evil games have been multiplayer, either as a part of the experience or as the framework for the whole game.

Competitive games, like Resident Evil Re:Verse, pit players against one another in teams or individually. Sometimes players are playing as a team against one mastermind player who sets traps and unleashes monsters on the other team. This style of gameplay is seen in Resident Evil Resistance. Oftentimes, these games are bundled with titles from the main series.

Cooperative titles, such as Resident Evil 5, usually allow two players to play through the campaign together, either locally or online.

Since many titles in the series are from decades ago, it can be difficult to play the original. As a result, many of them have gotten remastered with upscaled graphics for newer consoles. Other titles have gotten the full remake treatment, like Resident Evil 2.

It’s much easier to play the original version of newer titles (many don’t have remakes yet), but if you take retro gaming seriously, you can go all out and try to find the original games.

Most Resident Evil games are relatively short, with single-player campaigns lasting from 8 to 10 hours. Some titles, like Resident Evil 6, are as long as 20 hours. To know what you’re getting into, it’s a good idea to look up the game duration online before you buy. 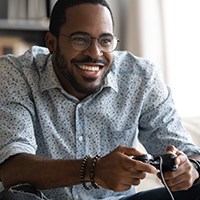 Did You Know?
For decades, Resident Evil has been one of the most popular video game franchises of all time and has spanned several console generations.
Staff
BestReviews

How much do Resident Evil games cost?

Recent releases are on par with the cost of similar modern video games, while games from just a few years ago can be significantly cheaper.

For $15 to $30, you can find releases from a few years ago in new and used condition. While they may not be the flashiest, most of the games in the series still hold up well.

In the $30 to $60 range are recent releases, remakes, and remasters. The majority of available Resident Evil games fall in this range.

You’ll spend $60 to $70 for the latest entries in the series and their deluxe editions, which include additional content like in-game items. If you’re looking to get the next game right as it comes out, you can expect to find it in this price range.

Some games have alternate endings based on your choices, so you might have to play them a few times (or go back to an old saved file) to get all the endings. 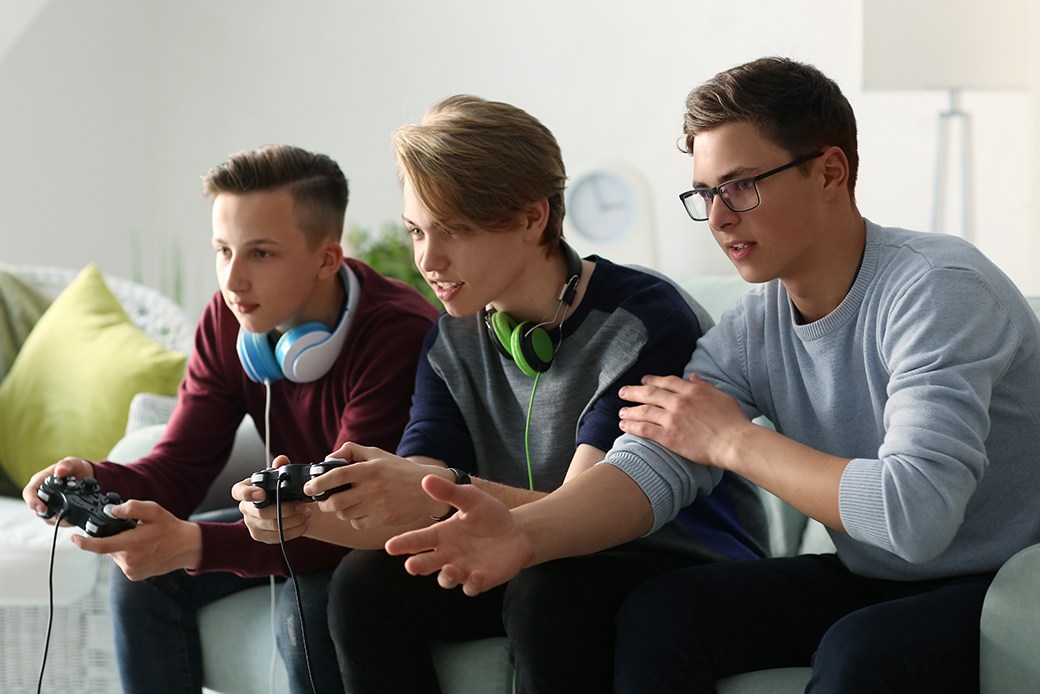 Q. Can I play Resident Evil games in any order?

A. Resident Evil games are designed with relatively simple stories that stand on their own, so it’s fine to jump in with the latest installment. However, there are recurring protagonists, antagonists, and corporations throughout the series, and there is a chronological order of games. If you want to play the whole series in order, the remakes of older games are much easier to find than the originals.

Q. What is the best starting point for a new player?

A. Resident Evil HD Remaster is a good starting point because it’s been updated for modern consoles and begins at the beginning.

A. Pretty scary. They are horror games, after all. You can expect jump scares, grotesque enemies, and nerve-wracking chase and escape scenes. Of course, this is all part of the fun. 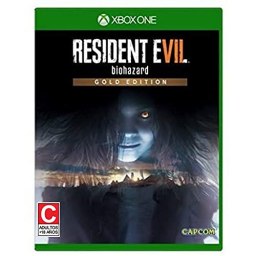 Best of the Best
Capcom
Resident Evil 7 Biohazard Gold Edition
Bottom Line
Between a house so filthy you can smell it, and slimy horrors lurking around every corner, you’ll be thrilled to try and flee the horrid Baker residence.
Shop Now 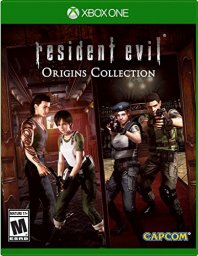 Best Bang for the Buck
Capcom
Resident Evil Origins Collection
Bottom Line
This video game bundle is a great way for fans to relive the terror of combating leeches, a giant scorpion, and hordes of zombies roaming these classic games.
Shop Now 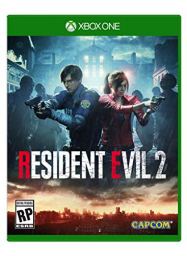 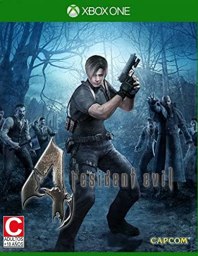 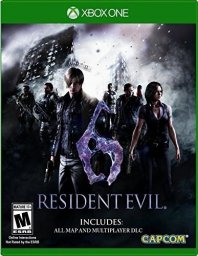