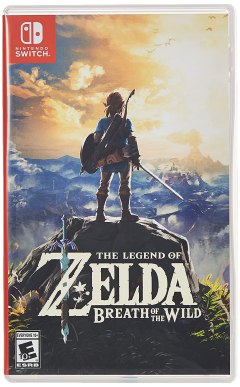 Nintendo
The Legend of Zelda: Breath of the Wild
Check Price
A Gigantic Adventure
Bottom Line

Gorgeous, massive, and truly epic, "Breath of the Wild" features so much to see, collect, battle, and discover, but coyly allows daring players to attempt to fight the final villain from square one. The ultimate "Legend of Zelda" experience.

The optional Expansion Pass DLC feels fairly pricey, but it is loaded with new armors, modes, and adventures. 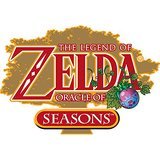 Puzzle solvers and retro game fans will enjoy swapping between seasons to solve its many engaging brainteasers. "Oracle of Seasons" is just as fun today as it was for the Game Boy Color in 2001, and it’s a fantastic budget "Zelda" title.

Extra affordable. Call upon spring, summer, fall, and winter to alter the world as needed. Creatively designed puzzles and dungeons. Colorful cast. Combines with "Oracle of Ages" for bonus content.

Although "Oracle of Seasons" is playable on the Nintendo 3DS, you can’t play it in 3D.

Sporting a unique play style based on "Crypt of the NecroDancer," this rhythm-action game is an absolute blast as long as you can keep up with its catchy music and bouncy beats.

Move, battle, and adventure to the never-ending beat. Play to the tune of 25 remixed classic "The Legend of Zelda" tracks. 2-player co-op. Randomly generated levels keep players on their toes.

"Cadence of Hyrule" is only available as a downloadable game. 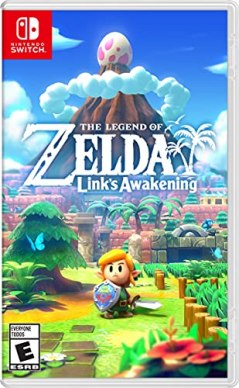 Proudly showcasing everything that made the original great, this remastered sports game has cute toy-like visual style, a host of new areas to master, and the option for players to truly challenge themselves via custom-made dungeons.

Just like the Game Boy version of "Link's Awakening," this is exclusively a single-player adventure. 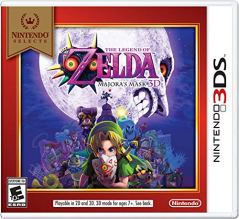 Even if you’ve stopped the moon from flattening Termina in 2000 on the N64, its innovative gyro controls, convenient save system, handy touch screen menu, and sharper visuals make "Majora’s Mask 3D" well-worth revisiting.

Remastered Nintendo 64 gem. Travel through time to save Termina within 72 hours, or else … Impressive use of 3D effects. Over 20 masks to collect and solve puzzles with. Deep intertwining storyline.

Some players may be put off by the creepier story and characters of "Majora’s Mask."

For decades, Zelda games have been enjoyed by gamers of all ages, and many titles from the franchise are celebrated as the best video games ever made. While it’s hard to go wrong with any game, the scope of the series can be intimidating.

Published by Nintendo, Zelda games have been released across a number of Nintendo consoles, including the Switch and WiiU. While many of the early titles from the series are not playable in their original forms, some have been remastered to be played on modern consoles. Because of the incredible popularity of the series, it can be difficult to find used copies of the games, and most must be purchased new.

Choosing a game from this classic fantasy adventure series means considering your video game platform, what style of games you enjoy, and even what other Zelda games you’ve played. 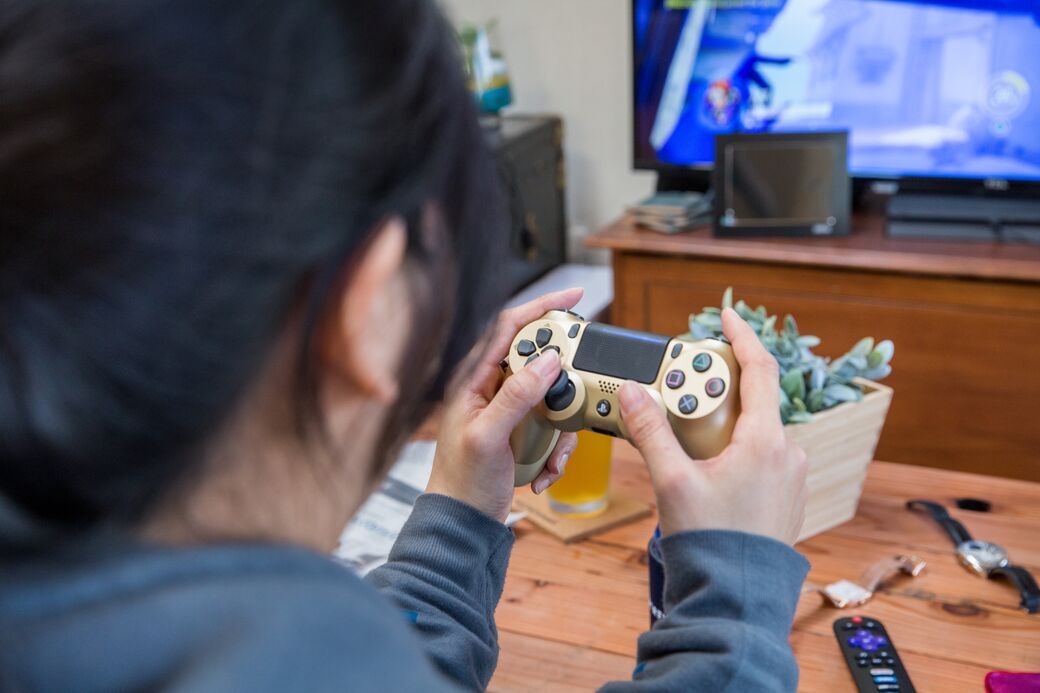 Some Zelda characters appear in other Nintendo games, like the Super Smash Bros. series.

How to buy the best Zelda game

Zelda games are published by Nintendo and are only available on Nintendo consoles, like the Switch. Before you start comparing games, you should first find out which titles are available on the platforms you own.

If you don’t have a Nintendo console but want to get into the Zelda franchise, you should choose a console that supports the games you want to play. However, newer consoles often support remasters of classic games, offering a wider selection than their retro counterparts.

In addition, you should consider what other games you may enjoy before going all-in on a console just for the latest Zelda entry.

Unfortunately, there are no Zelda games for smartphones, tablets, or computers.

Most Zelda games feature kid-friendly themes and approachable mechanisms in a world filled with wonder and color.

However, they can be quite challenging and at times complex. Breath of the Wild, for example, features a cooking system that requires a bit of trial and error and may be intimidating for young users.

In addition, the player will kill enemies using swords, bows, and other weapons, though enemies simply disappear upon death. Without spoiling anything, there are a few dramatic plot points centered on the deaths of characters that can be mildly violent.

True to its origins, most of the games have fairly simple combat with AI that won’t usually outthink you (or even block attacks). This gives them an arcadey feel that won’t provide too much of a challenge. However, the puzzles, dungeons, and boss fights can be quite tough.

In addition, some games must be completed within a certain amount of time for plot reasons — like Majora’s Mask with its three-day limit. This can put a lot of pressure on gamers who prefer to take their time and explore.

In general, you can expect older games for the SNES to Gameboy Color to be more difficult, while new entries are more forgiving and approachable.

The Zelda franchise includes both main games and a variety of spinoffs that vary in style.

The main games are usually adventure RPGs that put the player in the role of Link, a hero on a variety of quests across the mythical land of Hyrule. There are a few key antagonists and several recurring characters, like Princess Zelda. The release order of the games does not align with any narrative chronology — in fact, there are split timelines that follow different outcomes of major events. To put things simply, you may enjoy the main games in any order.

The spinoff titles in the series offer a variety of gameplay styles and don’t necessarily feature Link as the protagonist. While some of these games add to the main lore and story, many are not considered canon and simply feature familiar characters and settings. Some gameplay styles include multiplayer adventure (The Legend of Zelda: Triforce Heroes), hack and slash (the Hyrule Warriors games), and even rhythm (Cadence of Hyrule).

Link is left-handed in every game in the series with the exception of The Legend of Zelda: Twilight Princess for the Wii. This is due to the use of the Wiimote motion controls throughout the game.

What features do Zelda games have?

If you’re new to video games, you may find it intimidating to control both the camera and character simultaneously in three-dimensional games.

Because this beloved series is decades old and many of the original consoles that supported the games can be hard to come by, it’s not always possible to play the original.

Fortunately, Nintendo has released several remasters of classic games, and some Zelda games have even been remastered multiple times. However, those who have been playing the games since they were young may miss the original blocky graphics.

Some games in the series are on the shorter side, but most will take you around 30 hours to complete the story. If you’re the type of gamer who needs to see the credits roll, research the length of the game you’re considering so you know how long of a ride you’re in for. 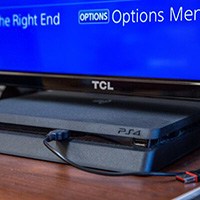 Did You Know?
Many Zelda games have additional content that can be purchased separately, usually offering the player special items.
Staff
BestReviews

How much do Zelda games cost?

Starting at around $25 are spin-off titles like Cadence of Hyrule, as well as older games in the franchise for consoles from past generations, such as the Nintendo DS. At this price, most games are in digital format rather than physical discs.

Some main story Zelda games can be found for $35 to $45, especially if they’re a few years old or for an older system.

New Zelda games are somewhat expensive, and Nintendo rarely offers discounted prices. The latest Zelda games, like The Legend of Zelda: Breath of the Wild for the Nintendo Switch, usually cost $50 to $60. Unfortunately, old titles for consoles of earlier generations are often collectible and can be even more expensive than new games.

The Zelda games allow you to go on a number of adventures, doing things like riding horses, exploring dungeons, practicing archery, solving riddles, and meeting a variety of characters. 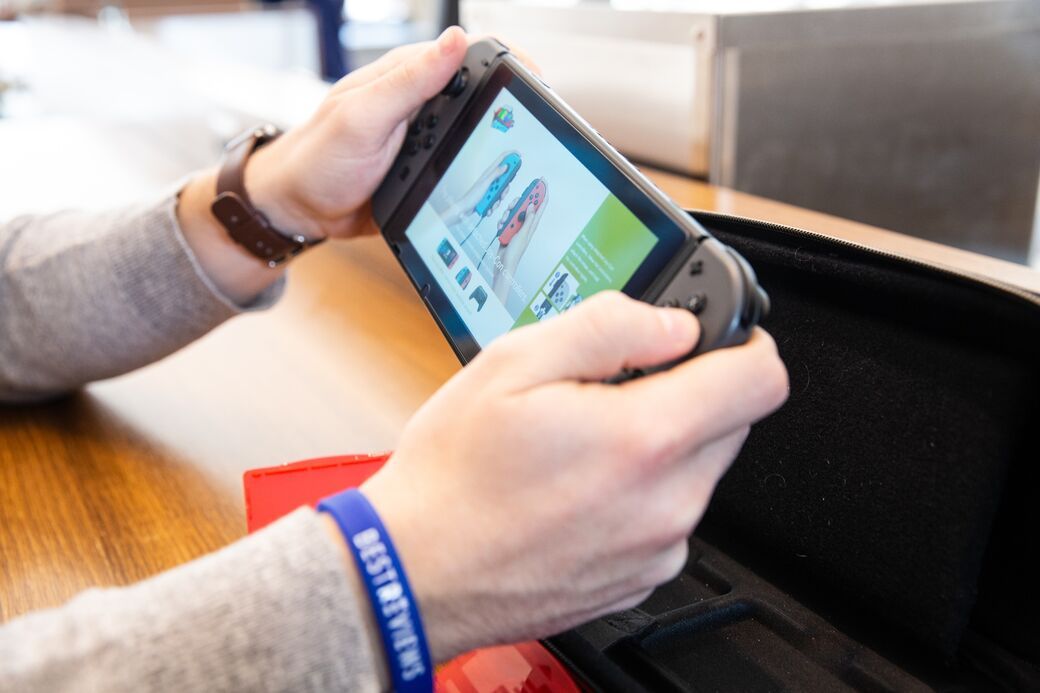 Q. How do I know if a game is a part of the main story?

A. These titles usually begin with “The Legend of Zelda,” followed by the name of the installment. If you’re unsure, there are many online resources discussing the franchise that can tell you whether a game is a part of the main story or not.

Q. Can I start with The Legend of Zelda: Breath of the Wild?

A. Like all games in the series, Breath of the Wild has an easy-to-follow story with minimal references to previous entries. However, longtime fans will enjoy details and characters from past games.

Q. Is there any way to play Zelda games on a computer or smartphone?

A. Zelda games are only available for purchase on Nintendo consoles like the Switch, Wii U, and Gameboy Color. However, some fans rely on emulators to play older Zelda games on their computers. 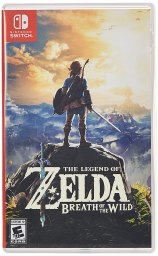 Best of the Best
Nintendo
The Legend of Zelda: Breath of the Wild
Bottom Line
Gorgeous, massive, and truly epic, "Breath of the Wild" features so much to see, collect, battle, and discover, but coyly allows daring players to attempt to fight the final villain from square one. The ultimate "Legend of Zelda" experience.
Shop Now

Best Bang for the Buck
Nintendo
The Legend of Zelda: Oracle of Seasons
Bottom Line
Puzzle solvers and retro game fans will enjoy swapping between seasons to solve its many engaging brainteasers. "Oracle of Seasons" is just as fun today as it was for the Game Boy Color in 2001, and it’s a fantastic budget "Zelda" title.
Shop Now 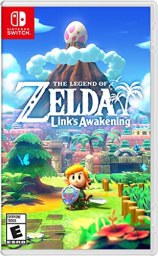 Top Pick
Nintendo
Legend of Zelda: Link's Awakening
Bottom Line
Proudly showcasing everything that made the original great, this remastered sports game has cute toy-like visual style, a host of new areas to master, and the option for players to truly challenge themselves via custom-made dungeons.
Shop Now 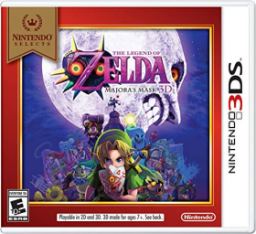