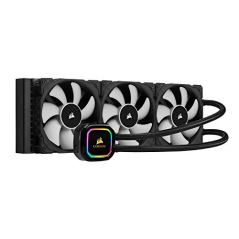 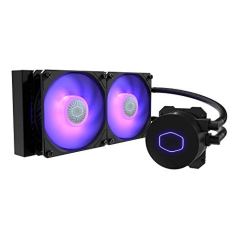 More effective and nicer-looking than you may expect at this low price point, this liquid CPU cooler is a good deal.

Its installation instructions could be more helpful. 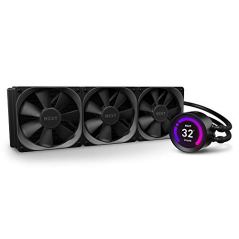 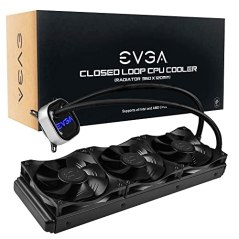 EVGA’s best liquid CPU cooler is a great option for keeping your gaming PC running cool and quietly, no matter what you play.

This is a larger liquid CPU cooling system. 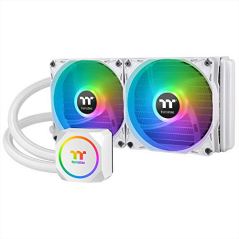 Best for larger cases, as its cables are on the long side.

If you’re a PC gamer, then you probably already know that your gaming rig has one big problem to contend with: heat. A top-of-the-line CPU will power all of your gaming adventures, but not without a proper cooling solution to help it run at optimal temperatures. That’s where a liquid CPU cooler comes in.

Handling all of the heat generated by the CPU and keeping the internals at nice low temperatures is the liquid CPU cooler's one job. Traditional computers use heatsinks, special metal blocks that rest on top of the CPU and facilitate airflow. Modern PCs use liquid cooling, which might sound counterintuitive, but it’s actually the most efficient way to handle the heat. Essentially, cold liquid flows through tubes to keep the CPU temperature low, and multiple fans work together to push all the hot air out as exhaust.

The first liquid CPU coolers had multiple components that were prone to leaking, making them complicated and risky. A lot has changed since then, and now it’s easy to find a CPU cooler that’s leakproof and simple to set up. If you’re ready to take the plunge and turn your gaming PC into a super-cooled powerhouse, we’ve got you covered. 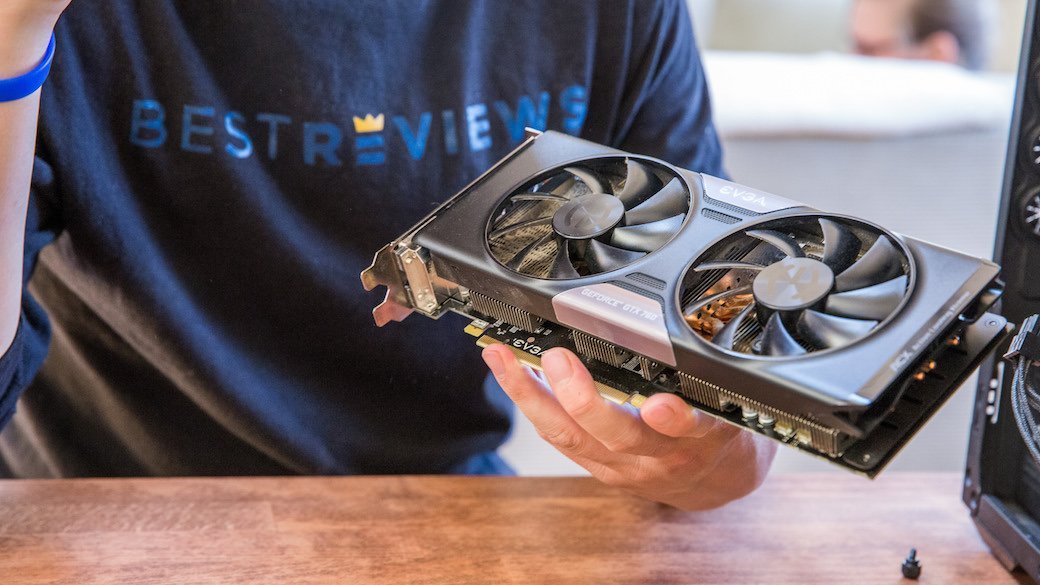 The liquid inside most liquid CPU coolers is water with a few additives to help reduce the risk of fire.

There’s quite a bit of variety across the liquid CPU cooler market, so it pays to do your homework ahead of time so you know what you’re looking for. To help you narrow your search, answer these questions:

The most important thing to know is how much physical installation space you have. Many liquid CPU coolers take up quite a bit of room in a PC case and require you to arrange the water-cooling tubes around your computer’s internal components. That can get dicey, especially if you have a beefy video card. Before you start shopping, look inside your PC and investigate your available space. You might need to move a few things, such as move your video card to a different slot if you’ve got one. Before you buy, make sure the liquid CPU cooler you get will have enough room in your rig!

Is your PC case transparent?

There are two types of PC gamers: those who like to see the insides of their PCs and light them up with multicolored lights, and those who don’t. If you’re in the former category, you’ll probably want to look into liquid CPU coolers that include programmable colored lights. Lighting up your PC can be a ton of fun – you can even coordinate the colored lights to match your current favorite game while you play – but it’s not for everyone. If you’re not into LED lights, you can save some money by buying a liquid CPU cooler without them.

How quiet does your gaming PC need to be?

Aside from heat, your gaming PC’s other big problem is sound. Powerful CPUs require powerful cooling solutions, which in turn have powerful fans, and all that adds up to a decent amount of noise. If you game with headphones on, or you game somewhere where you can crank the volume, you don’t need to worry about how loud the fans are on your liquid CPU coolers, but if you're in a place where you need to keep the noise down, you’ll want to pay extra for a model with ultra-quiet fans.

Once you have a general idea of what you need out of your liquid CPU cooler, it’s time to start shopping. Pay the closest attention to these features:

If you’re a fan of lighting up your PC case, we’ve got good news for you: most liquid CPU coolers come with LED lights so you can decorate the interior to your heart’s content. Lighting is purely a matter of taste, but if you’re into it, you might want to compare your lighting options. Some liquid CPU coolers even include software so you can put on your own light shows while you game.

"Some of the best deals in liquid CPU coolers are bundles. If you’re also in the market for a new CPU or motherboard, look for bundles and save a few bucks. Bundles are also great for first-timers because the parts are all guaranteed to work together."
STAFF
BestReviews

Entry-level liquid CPU coolers typically cost between $50 and $100. The models in this range are basic but competent. If you just want a liquid CPU cooler and you don’t need any extras like multiple fans or multicolored lights, you can get a solid performer without spending a lot.

The best bang for you buck in liquid CPU coolers are in the $50 to $150 price range. These models offer a good balance between features and cost. If you’re willing to spend more than $100, it’s not tough to find one with multiple fans or even one that works with multiple different CPU socket types. If you’re serious about your gaming, you’re going to want to spend at least this much.

Liquid CPU coolers that cost more than $150 are good for serious gamers, but casual users don’t need to spend this much. Models in this price range are designed for intense gaming and typically include every feature you can think of, such as multicolored lights or even custom software for monitoring temperatures.

Caution
All CPU cooling units have a thin layer of thermal paste between the CPU and the cooling unit itself. Thermal paste is an adhesive designed for heat management, and it’s essential. Never build a PC or install a CPU cooler without it – you could permanently damage both components.
STAFF
BestReviews 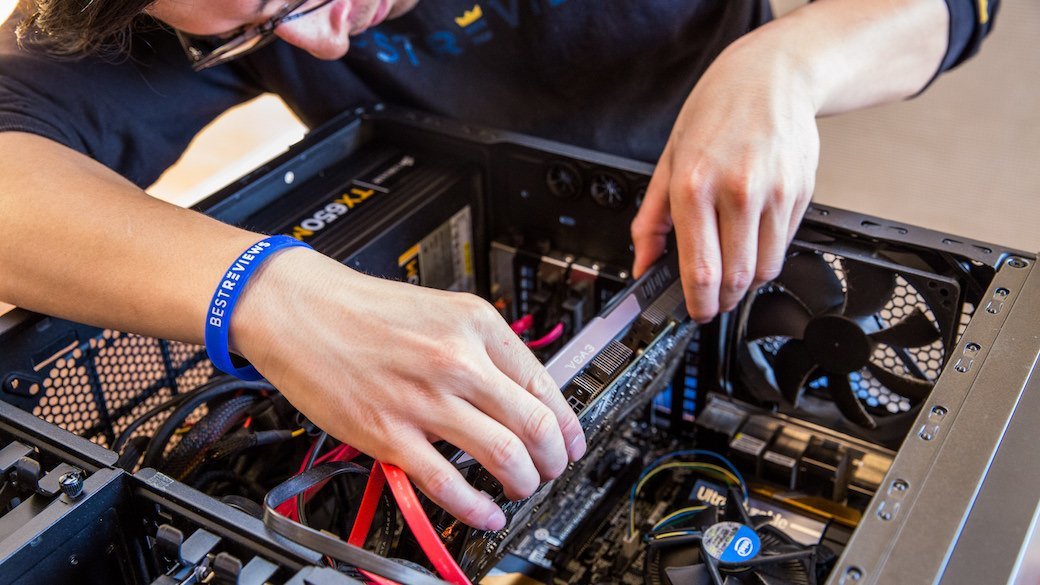 If you’re new to PC building, download the instructions for any CPU coolers you’re considering. Sometimes the included instructions are clear; other times they’ll leave you scratching your head. Give yourself a preview of the installation process before you buy, and look for instructions you feel confident about following.

Q. Is it hard to install a liquid CPU cooler?

A. It depends on your experience with building computers. Installing a liquid CPU cooler means dealing with your computer’s internal components. Mostly, you’ll be installing the CPU to the motherboard, then attaching the liquid CPU cooler on top of that, and then connecting the cooler to the motherboard and the power supply. If you’ve built a PC before, you’ll find the process straightforward, but if you’ve never done it before, consider getting some help from a friend with experience.

Q. Why do some websites talk about refilling coolant in CPU coolers?

Q. If I buy a liquid CPU cooler with LED lights, can I disable them?

A. Yes. In most cases, it’s easy to disable LED lighting using included software. If you buy a liquid CPU cooler that doesn’t come with software, that’s OK – many of these models have lights that require their own power connection, so you can just leave them unconnected. 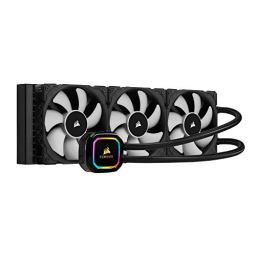 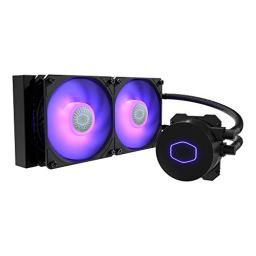 Best Bang for the Buck
Cooler Master
MasterLiquid ML240L RGB V2
Bottom Line
More effective and nicer-looking than you may expect at this low price point, this liquid CPU cooler is a good deal.
Shop Now 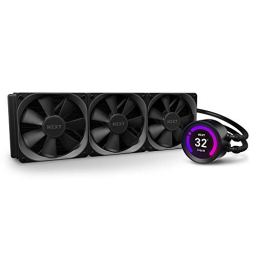 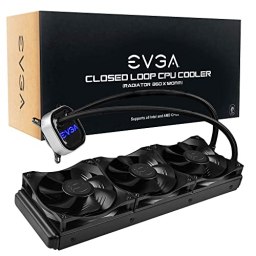 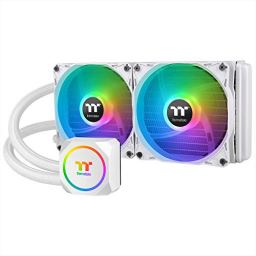 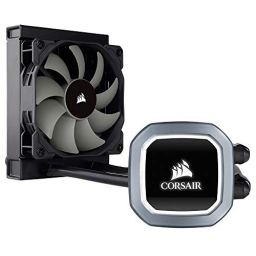 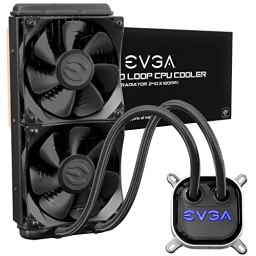