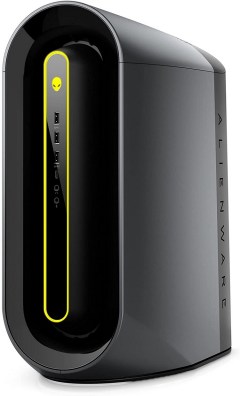 PC gamers who need a fluid and futureproof VR-ready computer will appreciate the versatility and impressive specs of the Alienware Aurora R10.

Its sci-fi aesthetic is not for everyone. 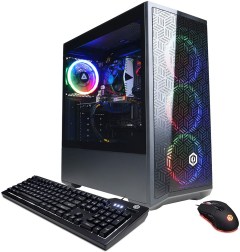 The is model was made for high-end VR gaming and is worth considering for experiencing the latest VR games and experiences at their highest visual settings.

Could run a bit quieter. 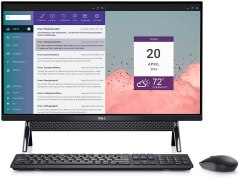 Anyone who needs a VR-ready computer that effortlessly runs games like a beast right out of the box should consider the stylish MR 208i.

Its bold, transparent case is not for everyone. 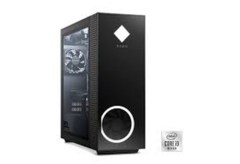 HP’s Omen 30L is an impressive VR-ready computer out of the box, but its innovative design makes this tower a breeze to upgrade in the future.

The OMEN 25L is a must-have for anyone who values visually impressive and lag-free VR gaming.

Its fan can get a little noisy at times.

Virtual reality (VR) applications — whether for viewing movies, live video, or gaming — are catching on quickly. But you can’t get a high-quality experience at home with just any computer. VR requires a powerful computer system that can process large amounts of data and output it to the user’s VR headset and controllers.

The computers best suited to VR have plenty of built-in processing power and also have a top-notch graphics card specifically built for VR. These processors generate a lot of heat, so a quality cooling system is essential. However, these are just the basic requirements for a VR-ready computer. Users looking to step up to one of these powerful systems will have plenty of additional questions. How big does the processing unit’s casing need to be? Can a laptop offer the same quality VR experience as a tower? 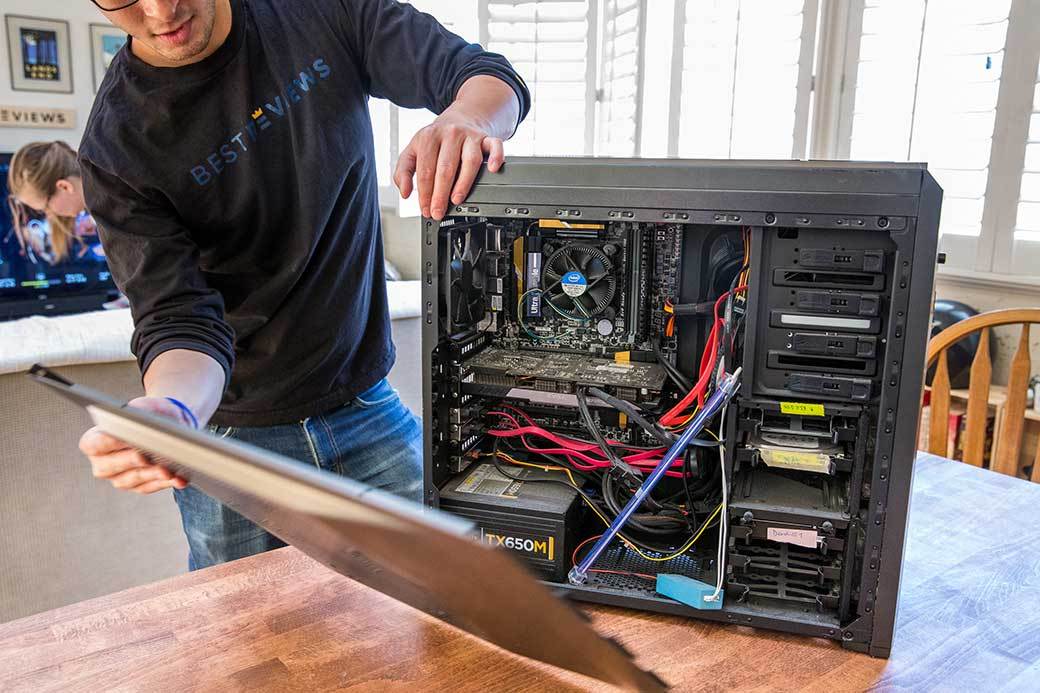 Online compatibility guides and checkers are available to quickly determine the specifications you’ll need in a computer for VR.

Computers for VR need serious technological muscle or their performance won’t just be bad — it’ll be terrible. When a gaming computer doesn’t quite have the memory or graphics processing capability to render a 2-D experience, the biggest problem is a slowdown of the game. When a VR game suffers performance problems, the jitter and slower frame rate can make you feel physically ill.

Because of this, choosing a computer for VR means looking for units with top-end graphics cards, excellent processing capability, and the ability to perform at peak for long periods. Buying a lower-end computer for VR applications may be fine at first, but the lower-priced components are often from previous generations of graphics cards and processors, and they may not keep up with the rapidly changing technology in the VR market — meaning you will need to upgrade sooner than expected, which adds to the cost of a computer.

Virtual reality fans take different approaches to the cost-vs.-performance dilemma. Top-rated computers for VR — both desktop and laptop — can be purchased ready to run the latest VR programs out of the box. But that tends to be the most expensive option. To save on upfront costs, expert computer users often purchase components to upgrade their computers, spreading out the total cost over time. The disadvantage to that is obvious: it takes time, sometimes weeks or months, to upgrade and tune a system. Buying a VR-ready computer is convenient and will get you up and running your favorite VR apps and games in just a few minutes.

Tower: The best-performing computers for VR are desktop units — especially those whose CPU (central processing unit) is housed in a tower casing. Part of the reason is that high-performance computers tend to run hot — very hot. There is room within most towers for multiple cooling fans. Some even have liquid-cooled components to further boost performance. Tower units can also be easier to upgrade and configure.

Laptop: There are several gaming laptops on the market that handle the demands of VR very well. Laptops offer convenience and portability so that you can take that VR experience with you almost anywhere you want to go. Some can be upgraded to improve graphics performance, memory, or storage.

Caution
A poor-performing computer for VR will cause the frame rate of the VR game or video to fluctuate. This can cause motion sickness.
STAFF
BestReviews

Computers for VR have similar performance specifications and requirements. These can make a new user’s head spin, but the important thing to keep in mind is that the computer needs to meet the minimum requirements listed below. As long as the computer’s specifications are at or above these minimums (suggested by the manufacturers of the Oculus Rift VR headset), its performance should at least be adequate for the VR app or game you plan to run.

Computers with the above features will have the power necessary to drive VR performance. Other options, such as the size of the hard drive, are less important — unless you are looking for plenty of local storage.

If you already have a VR headset, make sure the computer that you’re considering meets the minimum specifications listed by the manufacturer. Ideally, you’ll want to choose a computer with performance specs that are higher than those minimums.

"The two best PC-based VR experiences on the market are the Oculus Rift and the HTC Vive, and a computer for VR should be selected with these two brands in mind — even if you opt for one of the less expensive VR headsets coming onto the market from other manufacturers."
STAFF
BestReviews

A computer for VR can be had for as little as $800 to $900 — but these also have graphics cards and processors at the lowest acceptable rates, and they may not be able to run newer VR apps and games. If you can spend $1,200 to $1,800, a much wider range of desktop and laptop units are available with much greater processing power and graphics capabilities. The highest-end computers for VR — and the highest performing — feature liquid cooling, dual fans, and other performance enhancers; these typically cost between $3,000 and $4,300 or higher. 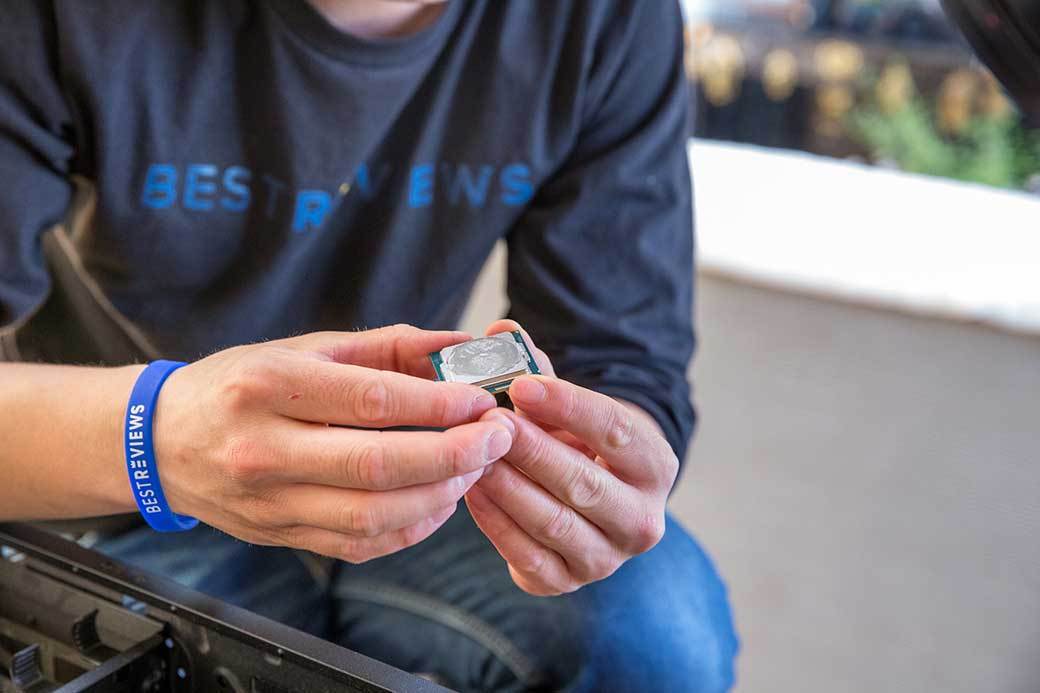 The graphics card is the most important — and the most expensive — component of computers for VR.

Q. Will I be able to use different VR systems on the same computer?
A.
The two biggest VR brands, Oculus Rift and HTC Vive, can be used on any computer for VR. Keep in mind that each uses different connector configurations and different accessories. Make sure that your computer has the right configuration for both.

Q. Do VR systems need upgrades as frequently as computers do? How will this affect my purchase?
A.
Virtual reality technology is changing constantly, but where you’ll see the biggest change is in the quality of the graphics used in VR. This may require you to upgrade the graphics card in your computer every couple of years in order to get the best experience. Buying a computer with a graphics card well above the minimum requirements for VR can reduce the need to upgrade as frequently.

Q. Can my eight-year-old use a VR system? I’ve heard that they aren’t recommended for kids.
A.
While at least one VR manufacturer cautions against use by children under age 13, there is no set standard for age. A parent should supervise VR use and probably limit VR time to the same amount that is recommended for smartphone screen time — an hour or less per day. 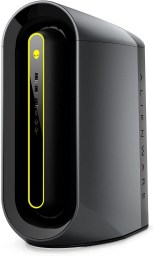 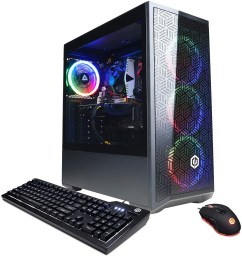 Best Bang for the Buck
CyberpowerPC
Gamer Xtreme VR
Bottom Line
The is model was made for high-end VR gaming and is worth considering for experiencing the latest VR games and experiences at their highest visual settings.
Shop Now 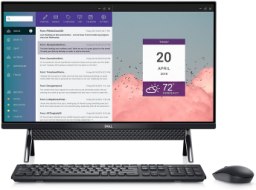 Top Pick
Dell
Inspiron 27
Bottom Line
Anyone who needs a VR-ready computer that effortlessly runs games like a beast right out of the box should consider the stylish MR 208i.
Shop Now 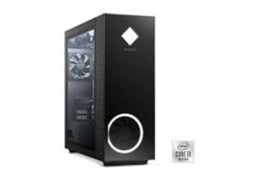 Top Pick
HP
OMEN 30L Desktop
Bottom Line
HP’s Omen 30L is an impressive VR-ready computer out of the box, but its innovative design makes this tower a breeze to upgrade in the future.
Shop Now 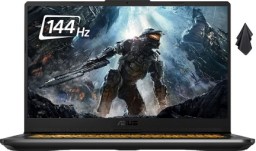 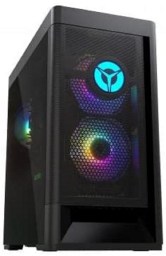 Top Pick
Lenovo
Legion 5i
Bottom Line
This mighty VR-ready desktop computer is a premium pick for anyone who needs a quiet yet power-packed gaming PC.
Shop Now 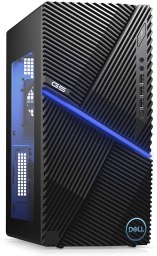 Top Pick
Dell
G5 Gaming Desktop
Bottom Line
The slim and stylish Dell G5 VR ready computer is an affordable pick for anyone who is limited on space.
Shop Now 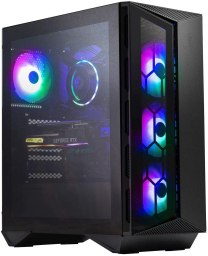 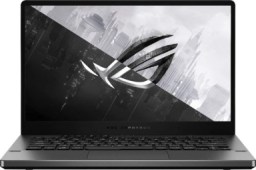