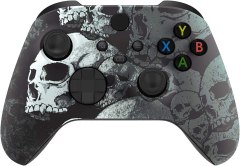 Xbox Series controller that features a wireless design and a comfortable grip.

Quality controller for regular use. Standard button layout that works great for all gaming experiences. Compatible with Xbox Series S/X and Windows PC. Soft to the touch for reduced hand fatigue.

Some customers reported that the paint finish may lose its shine with wear and tear. No charging cable included. 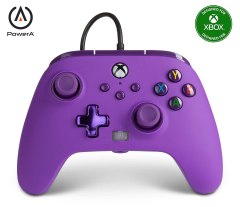 Wired Xbox controller with advanced features such as a customizable button layout and audio controls.

Buttons are easy to learn. Compatible with Series S/X and Windows PC. Mappable triggers on the back allow the player to choose which controls to use for actions. Can adjust headset volume and mute the microphone. USB is detachable. Available in multiple color options.

The wire and audio quality tend to deteriorate over time, according to a few reviews. 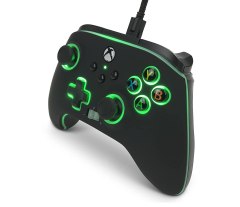 Lighting does not automatically change colors. 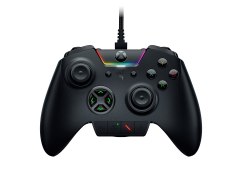 Anyone who needs a premium Xbox One controller and dislikes dealing with rechargeable batteries will appreciate the Razer Wolverine Ultimate. 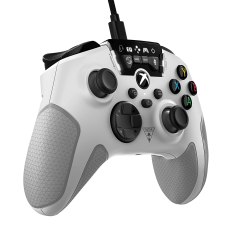 The controller and its premium audio controllers make it a top pick for Xbox One players who regularly collaborate with teammates over Xbox Live.

The Xbox One provides tons of exclusive and amazing experiences, ranging from defending humanity against the Covenant’s alien hordes in Halo: The Master Chief Collection to tending a thriving garden of living piñatas in Rare Replay, to surviving the zombie apocalypse in State of Decay 2. But while the Xbox wireless controller packed with your Xbox One console was an excellent starting point for your Xbox adventures, there really is a controller for everyone.

Whether you’re shopping around for a superior controller that can adapt to your playstyle, affordable options for hosting multiple players, or simply a new color of the classic Xbox wireless controller, there is a massive range of Xbox One controllers out there to choose from.

We at BestReviews have compared and tested our fair share of quality controllers, so we definitely know how to help select the best Xbox One controller for you. Our shopping guide contains plenty of tips, as well as several of our favorites. 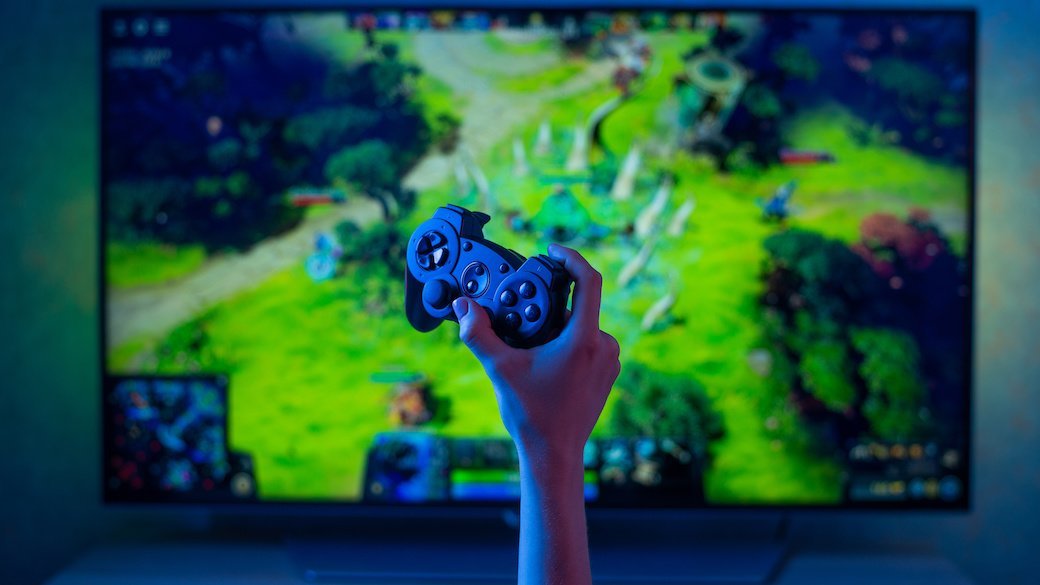 Sorry, but your collection of older Xbox 360 controllers are not compatible with the Xbox One console. It’s time to buy some new controllers!

There is a wide array of Xbox One controllers on the market, and while it might take some time to find the one that fits your gaming style, these are some of the baseline features that any worthwhile device should include:

Most Xbox One controllers share a similar design with the iconic and official Xbox wireless controller, but there are a few exceptions, such as the Hyperkin Duke, which was modeled after the chunky original Xbox controller first seen in 2001.

Many Xbox wireless controllers mimic the ergonomic shape and overall design because the original fits most hands comfortably. Be on the lookout for controllers that feature textured, rubberized grips and swappable thumbsticks if you’re in the market for an especially comfortable Xbox One controller.

Although most players won’t even think about remapping the buttons to better control their favorite games or switch out controller pieces for a superior setup, there are premium Xbox One controllers that have hardcore fans covered. If you’re a dedicated Xbox One player or participate in esports, it’s well worth investigating premium Xbox One controllers that have hair-trigger locks for quicker trigger presses, several D-pad options, and extra buttons to assign functions to. 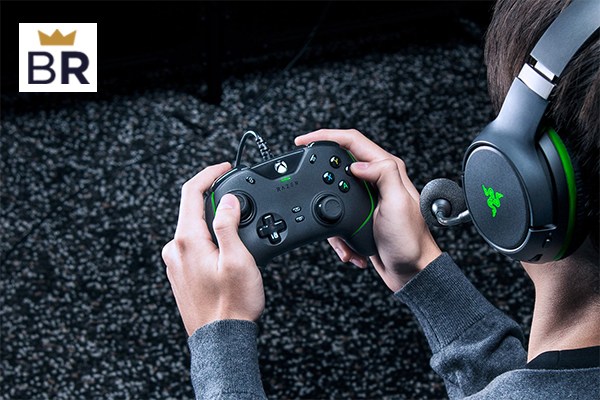 When researching Xbox One controllers, we look for models that mimic the popular ergonomic shape of the original controller to make play sessions more comfortable. 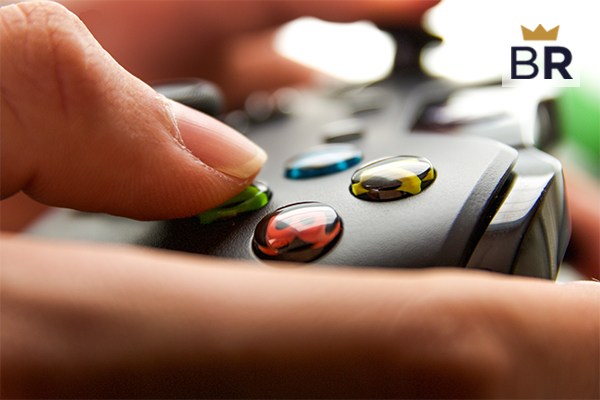 We want to know if an Xbox One controller offers customization options for dedicated players, such as trigger hair locks, mappable buttons, or swappable thumbsticks. 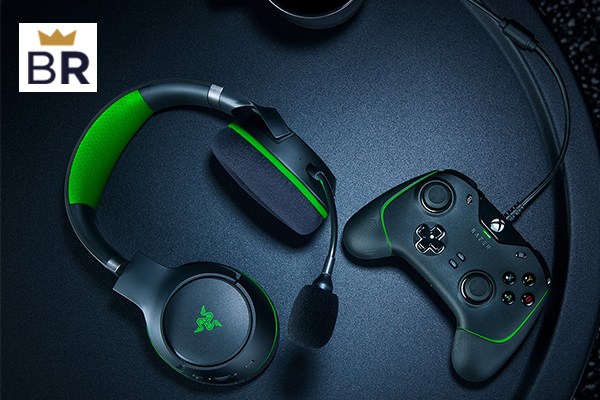 Don’t want a plain black Xbox controller? We look for models that come in a variety of color choices and patterns. 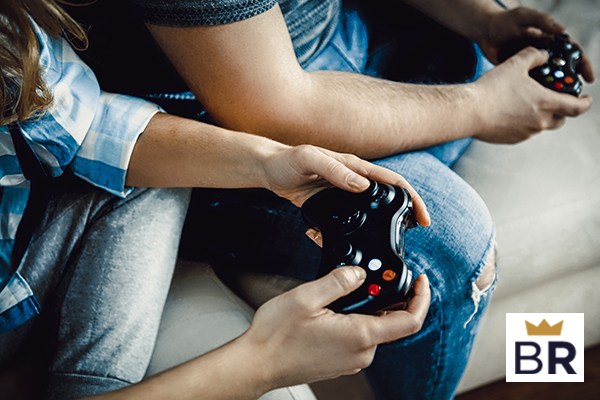 In researching Xbox One controllers, we want to know how comfortable the controller is for players with different hand sizes. Some controllers, especially retro styles, may be too big for people with small hands to play comfortably. 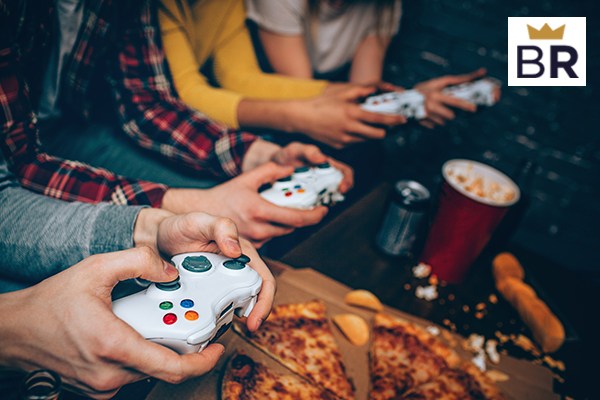 Every Xbox One controller should offer a wired connection option, but we look for controllers that can also connect wirelessly or with Bluetooth. 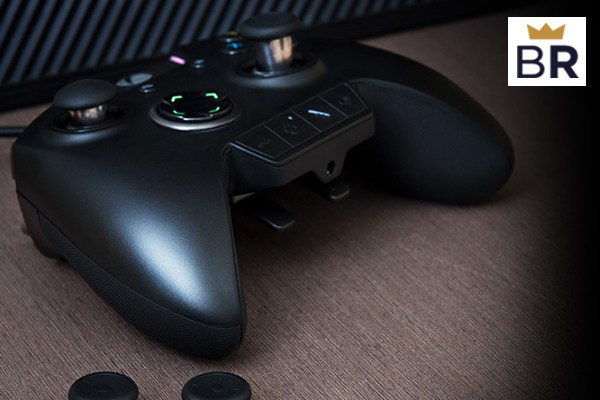 While some players love the immersive power of a rumble pack, the vibration can be too strong for others. We look for Xbox One controllers with adjustable vibration settings or the ability to turn vibration on and off. 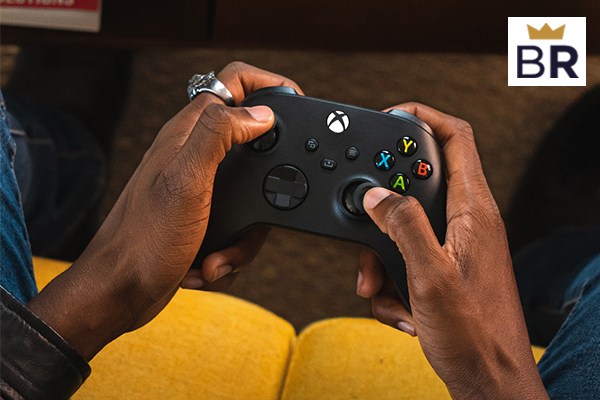 We check the prices of available Xbox One controllers to help players find the best deal for their play style. Basic wireless controllers can be found for $28 to $70, while high-end controllers with lots of features can cost as much as $140 each. 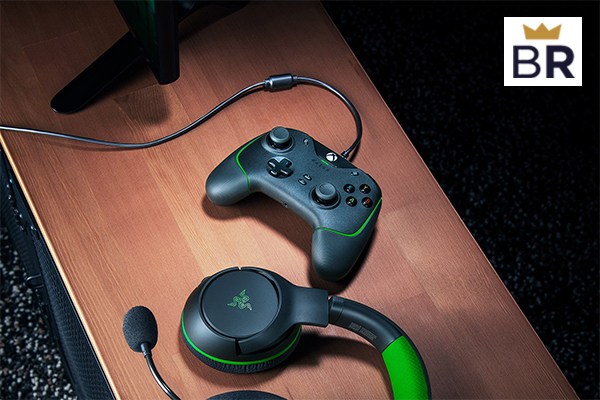 Most Xbox One controllers share similar designs based on the original Microsoft model. However, we also research controllers with different ergonomic grips or color schemes to match other gaming accessories. 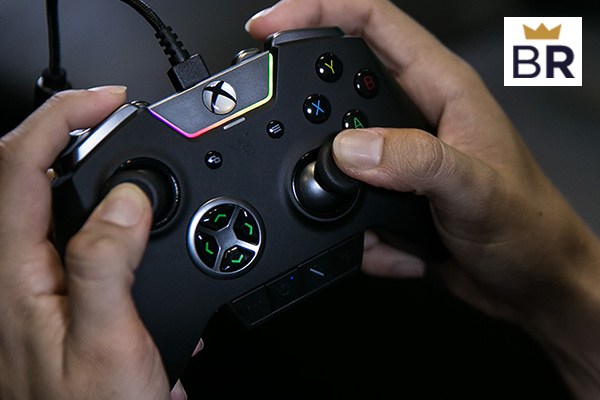 Some gamers love to customize their setup with LED lighting. We look for Xbox One controllers that offer customizable LED lighting for a personalized gaming experience. 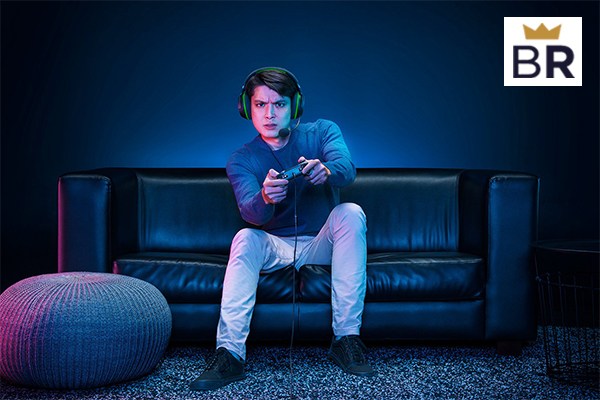 A key consideration in our research is whether an Xbox One controller is made or officially licensed by Microsoft. These controllers perform well, update easily, and offer higher quality assurance than unlicensed models.

Having your controller shake in your hands whenever your character takes damage makes for a more immersive experience.

Some controllers are lined with LED lights that gently glow in a nuclear rainbow of colors. If you want to stand apart from the pack, this might be your best bet!

Many controllers are available in one of two styles, but you could be overwhelmed by the huge selection of differently colored Xbox wireless controllers. Take your time to see what’s out there. Are you more of a grey/green, Ocean Shadow, or Sport White type of person?

If you’re in need of a bunch of controllers to entertain a party of players or a large family, there are plenty of cheaper wired Xbox One controllers out there. These budget devices might lack some features like wireless play or vibration feedback, but you can pick one up for as little as $28.

Since your Xbox One console included at least once Xbox wireless controller, you might want to buy another for couch-side co-op with a friend or to upgrade to a design that fits your personal taste. Microsoft’s default Xbox One controllers range wildly in price due to the scarcity of designs and colors available, but you can easily find an Xbox wireless controller for between $45 and $70. Note that some of the most common colors like white and black are often the most affordable.

If you’re interested in buying an Xbox One controller that features advanced button mapping, additional buttons, swappable thumbsticks and D-pads, and other advanced extras, expect to spend a bit more for the experience. These premium Xbox One controllers fall in the $130 to $140 price range. 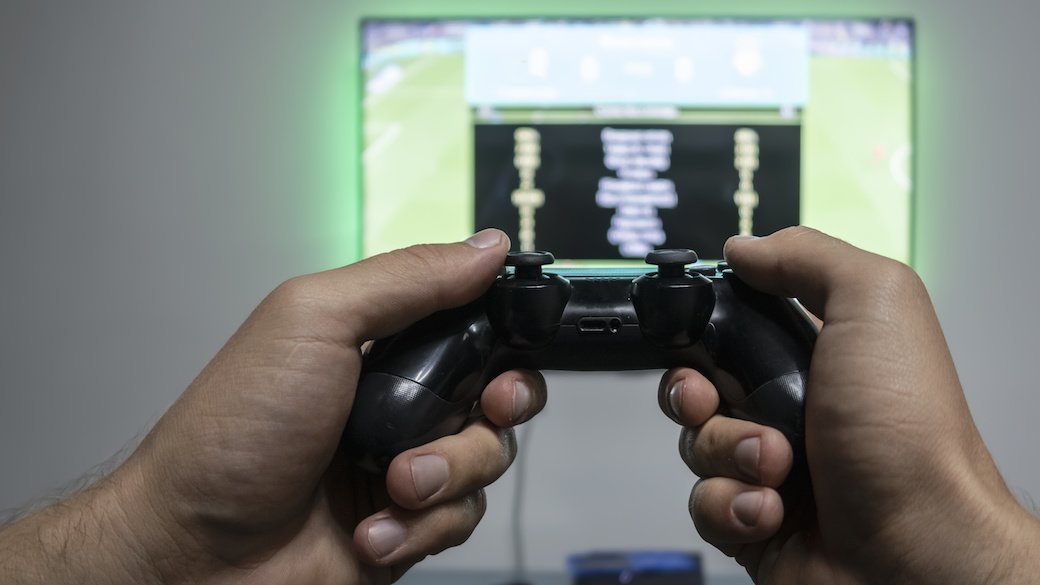 Why walk across the room to manually reset your Xbox One when you can simply press the Xbox button on your controller, navigate to Settings, and select the Reset Console option?

Q. How do I update my Xbox One controller?

A. Microsoft regularly releases important controller improvements, and if you believe that your device is in need of the latest software update, follow these simple steps:

Q. How do I connect a wireless Xbox One controller to my Xbox One console for the first time?

Q. How do I adjust my Xbox One controller’s vibration settings?

A. Some people prefer to feel the rumble when their race car slams into a rival player while speeding at 100 miles per hour. Those who feel that a vibrating controller is a distraction can try the following.

Note that some Xbox One controllers only have the option to toggle vibration on or off, while more advanced models allow you to fine-tune your feedback vibration settings. 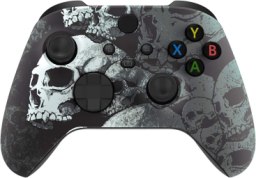 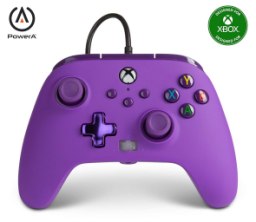 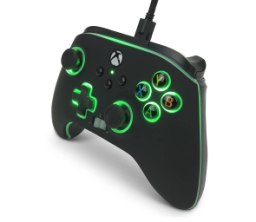 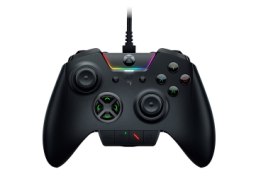 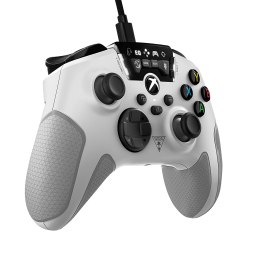 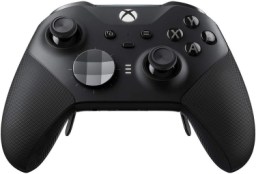 Top Pick
Microsoft
Elite Series 2
Bottom Line
The Xbox Elite Series 2 is a must-have for anyone who plays their Xbox One for hours on end or participates in esports over Xbox Live.
Shop Now 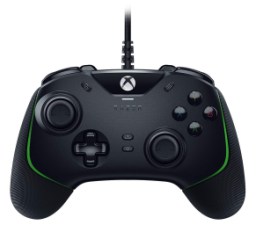 Top Pick
Razer
Wolverine V2 Wired Controller
Bottom Line
The Razer Wolverine V2 is optimized for extra-long play sessions and for anyone who needs an Xbox One controller made to last.
Shop Now 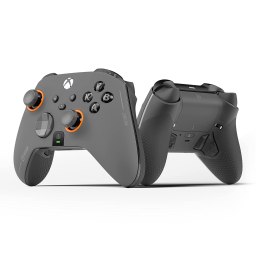 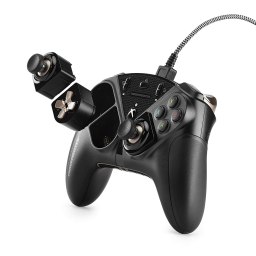 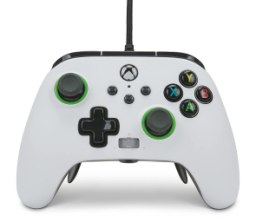