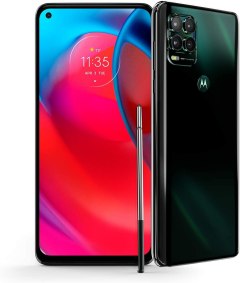 For those who want an Android phone with stylus functionality, the Moto G Stylus 5G delivers.

Plastic body. Needs extra steps to use on Verizon. 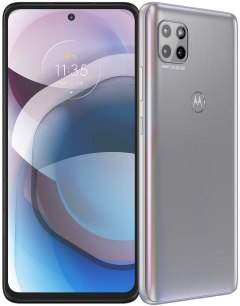 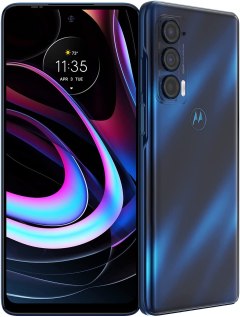 Motorola's newest Edge boasts a 40-plus hour battery and the fastest screen refresh rate on the market. 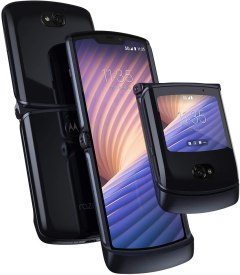 Foldable 6.7-inch HD+ (2142 x 876) display with 2.8-inch, touch-enabled secondary screen when closed. The main camera offers 48MP resolution and works as the front camera when the phone is closed. Features a premium glass and metal body.

Form factor may not be worth quirky performance. Only a 2800mAh battery. Expensive.

When it comes to the history of mobile phones, you’ll find the name Motorola frequently mentioned. While it has had its share of ups and downs, Motorola continues to produce smartphones for every segment of the market, from the value-priced to the cutting-edge. If you’re in the market for an Android phone with useful or up-to-date features at minimal cost, there’s probably a Motorola phone for you.

Motorola is a company with a long history in cellular phones, having introduced the first consumer cellular phone in the 1980s. In the early 2000s, it released the Razr, a flip phone that quickly became one of the most well-known and sought-after cell phones in the world. After being spun off from the rest of Motorola’s business, Motorola’s mobile phone division was acquired by Google in 2012, then sold in 2014. It’s now a subsidiary of computer manufacturer Lenovo. 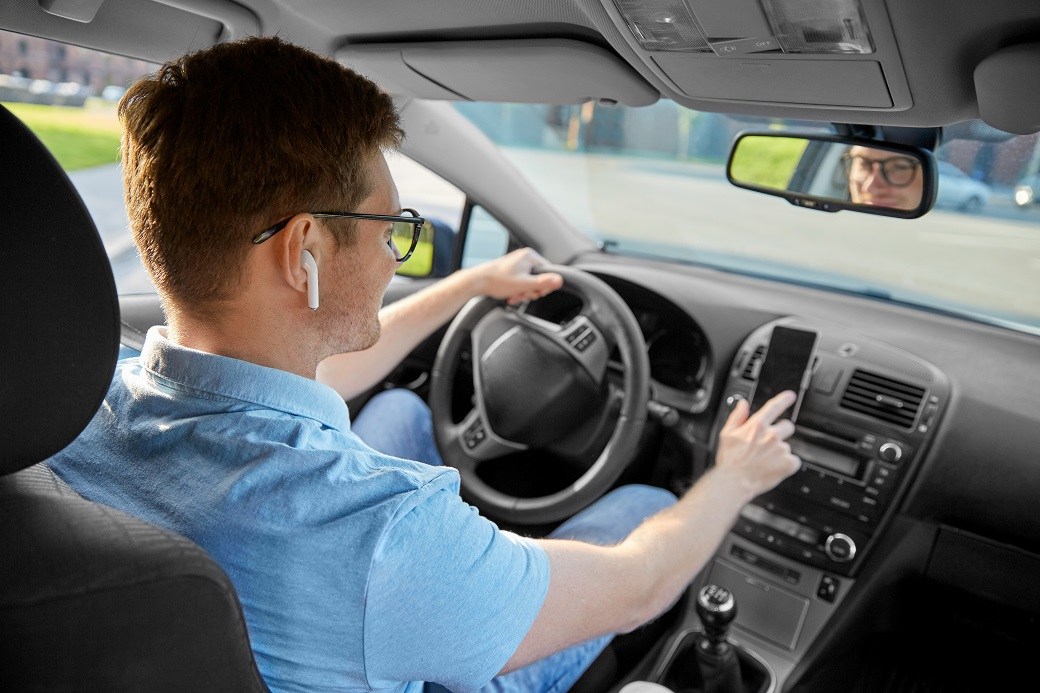 Motorola gets its name from one of its early products, an early car radio, created in 1930. Company founder Paul Galvin named it “Motorola” by combining “motor” + “ola” from Victrola.

How to choose the right Motorola phone

Moto G: The Moto G family is Motorola’s mainstream consumer series of smartphones. It offers a number of different models, ranging from the value-priced to the upper tier. It’s one of Motorola’s longest-lived product families and offers solid features with great value.

One series: The Motorola One series began as a replacement for the Moto Z family of mid-range smartphones and ran Android One, a special version of Android. The One series is now focused on mid-tier phones with appealing high-end features at a value price.

Razr: Motorola resurrected its famous Razr phone in 2020. The new incarnation is now a full-fledged smartphone with two touchscreen displays, one of which folds out like the traditional flip phone. It’s priced as a flagship phone but has some quirks.

Moto E, Defy, and other: Other Motorola families include the Moto E, its low-cost line; the Motorola Defy, a rugged smartphone; and the discontinued but popular Droid, Moto Z, and Moto C series.

Not all Motorola models work with all carriers. When choosing a Motorola phone, make sure it will work with the carrier you plan to use, or buy it directly from that carrier’s own store. Value-priced Motorola phones are often affordable enough to buy outright even from discount carriers without a contract or payment plan.

Motorola is noted for bringing 5G technology to lower- and mid-tier phones early in 5G’s history. Not all Motorola models are 5G-capable, and some models are offered in 4G- and 5G-specific varieties.

Many smartphones come with NFC (near-field communications) technology. One of the most popular applications for NFC tech is mobile payments. Some Motorola models lack NFC capabilities, so if mobile payments or mobile transit cards are important to you, make sure you pick a Motorola phone that’s capable of NFC. 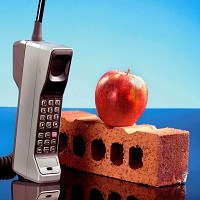 Did You Know?
The Motorola DynaTAC 8000X was the world’s first commercially available handheld cellular phone. The “brick” phone was an icon of the 1980s.
Staff
BestReviews

Features to consider in Motorola phones

Motorolas tend to be larger smartphones. Many Motorola phones throughout its product families have screens that measure between 6.5 and 6.8 inches diagonally. Their relatively large sizes allow many Motorola phones to pack larger batteries with larger capacities than the competition. The Razr is an exception, with two screens, the larger of which folds out into a 6.2-inch display.

Motorola phones have displays that vary in quality from TFT LCD screens at HD+ (720p) resolutions in its low-end models to bright OLED screens at FHD+ (1080p) resolutions on its top-of-the-line models. The displays on low-end models feature 60Hz refresh rates, the same as some higher-end competitors, while mid-tier and high-end Motorola phones boast 90Hz and even 144Hz refresh rates. A faster refresh rate can mean smoother scrolling, user interface effects, and graphics.

With the exception of the Razr, Motorola phones have batteries ranging from 4,000 mAh to 5,000 mAh (milliampere-hours). While these are some of the larger batteries available on smartphones, capacity alone doesn’t determine how long a battery will last. That said, Motorola phones often lead and appear several times on lists of longest-lasting smartphone batteries.

Motorola phones feature cameras ranging from 13-megapixel single cameras to 64-megapixel camera systems with ultra-wide angle, macro, or telephoto lenses. While their camera specs are in keeping with those of their competitors and they offer higher specs at lower price points, Motorola phones are not known for their cameras.

All Motorola phones except the Razr feature plastic construction, ranging from fully plastic shells to plastic frames between glass in its flagship models. This may be disappointing to those used to aluminum or steel in their high-end phones, but plastic does have some advantages over glass and metal. Textured plastic is easier to grip. While it may scratch more easily, scratches on plastic can be less upsetting. Plastic is more flexible than metal or glass, so while it can break, it can withstand some impacts better.

Motorola phones come with a near-stock version of the Android OS. Motorola markets its phones as having purer Android installations than competitors, without the extra apps, advertising, and interface skins some call “bloatware.” Most Motorola phones offer only one or two Android upgrades per model, not counting security updates.

Motorola created portable two-way radios for the U.S. military during World War II. The SCR-300 backpack radio was called the “walkie-talkie” and the SCR-536 handheld was the “handie-talkie.”

Most smartphone users like to protect their phones with a case. Motorola offers various cases for its smartphones. There are also third-party cases available, including rugged cases and wallet cases.

Motorola is notable for offering phones with a stylus at low- and mid-tier price points. This allows users of these stylus-enabled Motorola phones to enjoy the benefits of a stylus, such as note-taking and sketching, that have been associated with much costlier phones. Motorola offers replacement styluses for compatible models, or you can get a stylus elsewhere. 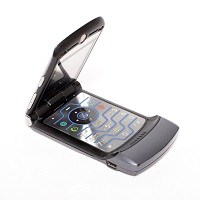 Did You Know?
The Motorola Razr doesn’t have a rear camera due to its flip-phone design. Its main camera is a 20-megapixel lens that flips from front to rear when the phone is opened.
Staff
BestReviews

How much do Motorola phones cost?

Motorola is well-known for feature-capable models that cost less than $299. These phones are a good choice for those who seek an Android smartphone with good battery life and who don’t need the fastest processor, super hi-res cameras, or high-end displays.

Motorola offers numerous phones that cost between $299 and $699, including 5G models in its Moto G and Motorola One families, plus discounted models in the Edge series and the Motorola Defy rugged smartphone.

The Edge and Razr series are the most expensive Motorola phone families, costing between $699 and $899 for the Edge series and  $1,399 for the Razr, but both lines regularly come with substantial discounts. 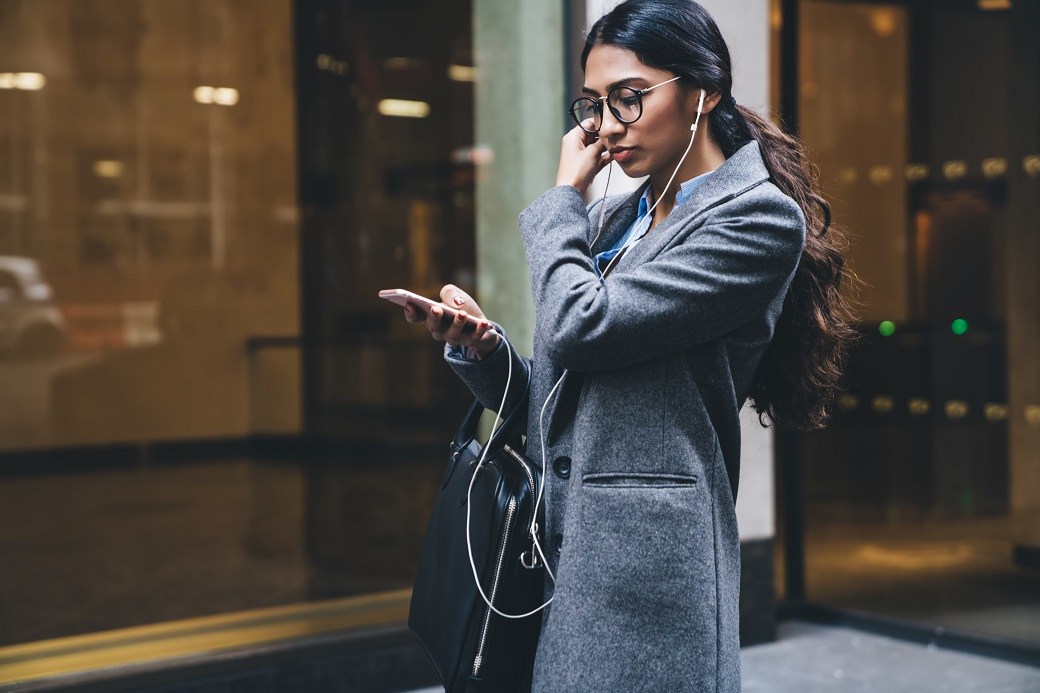 Q. Are Motorola phones worth buying?

A. Motorola phones outmatch the competition in offering useful and compelling features at low or affordable cost. In terms of value for money, there are few competing phone brands that can match Motorola’s offerings.

A. Not very. Most Motorola phones are marketed by Motorola as water-repellent, with an IP52 rating, meaning it’s substantially resistant to dust and drops of water, like a short rain shower or being splashed, but they aren’t waterproof and can’t withstand immersion or soaking. The exception is the Motorola Defy, which is designed to be fully waterproof, dustproof, and drop-proof.

A. Motorola phones can usually last two to two-and-a-half years with normal use. This is usually long enough for at least one Android system upgrade. Depending on usage and charging habits, most cell phone batteries start showing their age at two years. The plastic shells of most Motorola phones may show age at around two years as well. 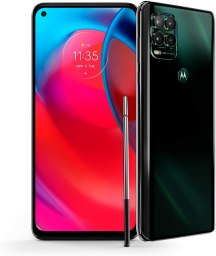 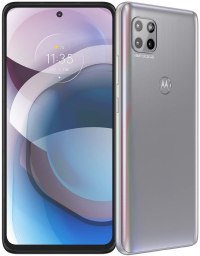 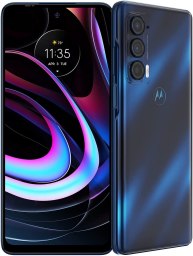 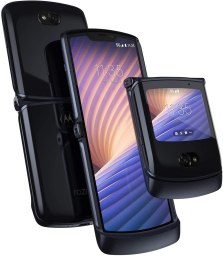 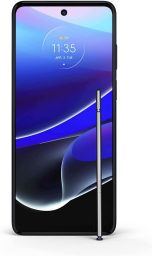 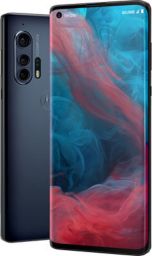