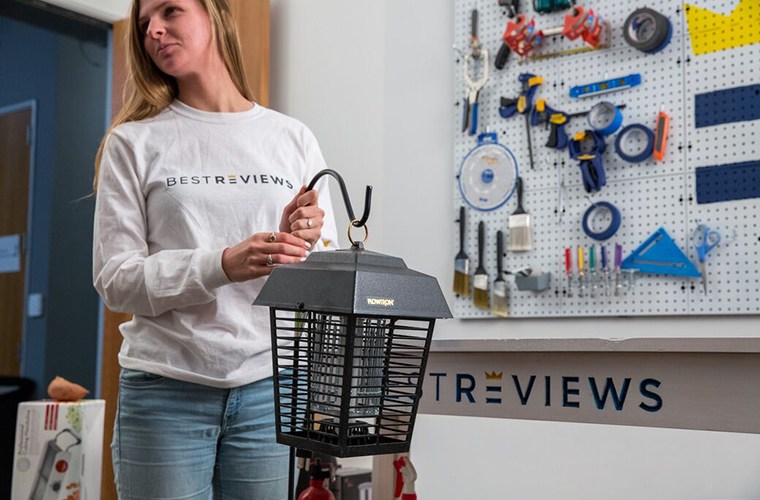 How to avoid and alleviate mosquito bites

Killing and repelling mosquitoes, and getting relief from their bites

Mosquitoes are annoying and their bites can itch something fierce. As scientists work to genetically modify dangerous mosquitoes out of existence, there are some easy steps you can take at home and in the great outdoors to minimize your exposure to the pests.

In addition to some simple pointers, there’s a variety of safe and effective topical mosquito repellents to choose from. There are also several good-to-great methods of keeping mosquitoes out of areas such as your entire patio. If you can’t repel them all, consider treating your yard to kill as many as possible and prevent their recolonization. Finally, if you do get bitten, there’s a host of topical creams and other products that can offer substantial relief.

If you go hiking for the day or to a campground near water, you'll rely on topical repellents and clothing choices to keep the mosquitos at bay.

A note about DEET

DEET is the one of the most well-known ingredients in repellents. According to the EPA, scientists have yet to see any negative health outcomes directly associated with topical DEET use. Its poor reputation probably comes from a few sources. It smells harsh and feels greasy and pore-clogging, and it’s not outlandish to confuse DEET with DDT, a dangerous pesticide that’s no longer in use in the US.

However, while it is quite safe, an expanding body of research illustrates that other chemicals are about as effective and, in some cases, more so than DEET.

If you just can’t stand DEET’s smell or texture, there are other options. Some people instead use the extract of lemon eucalyptus, since it smells fantastic and is comfortable to apply topically. Inside that extract, a chemical called PMD works to repel mosquitoes with roughly the same effectiveness as DEET. Some PMD formulations show significantly longer-lasting effects.

An ingredient called picaridin displays the same effectiveness as PMD or better. In addition to long-lasting effects, some studies indicate that picaridin keeps mosquitoes farther away from you than other alternatives. There’s a wide variety of ways to apply picaridin, including creams, sprays, and lotions. Experts commonly recommend picaridin as part of a multifaceted approach to protection when traveling in malaria-ridden regions.

If you’re not worried about mosquito-borne illness but will be at risk of tick-borne disease (for example, in the Midwestern or Southeastern US), consider a bug repellent that uses IR3535. It’s less effective than others against mosquitoes (but still somewhat effective) but does an impressive job of keeping ticks from biting.

It’s hard to enjoy a night on the patio with friends if you spend the whole time feeding flying parasites. There are precious few products that can help, and contrary to popular belief, studies suggest that citronella candles aren’t among them. However, researchers have found that clip-on devices that contain Metofluthrin can repel and kill mosquitos for up to 12 hours.

Q. What is permethrin?

A. Permethrin is a highly effective insecticide that begins to kill mosquitoes once they touch it, and before they have a chance to bite. It’s highly recommended if you’re heading to anywhere there’s a risk of mosquito-borne illness such as malaria or Zika virus. It’s intended as a clothing treatment and should never be applied directly to the skin. It’s also toxic to many pets, especially cats.

Permethrin isn’t generally used for casual hiking, but it’s an important safety tool for travelers in many regions.

A. To put it bluntly, very few. There is limited research suggesting the effectiveness of essential oils from various plants, including cinnamon, lemon grass and rosemary oil. However, essential oils don’t usually work against many mosquito breeds at once, and any effectiveness they do show tends to wear off quickly.

Furthermore, there’s nothing inherently natural about essential oils — after all, steam distillation and CO2 extraction don’t exactly occur in nature. Additionally, many insect repellents that claim to be natural also include chemicals such as geraniol, which are chemically synthesized, often in large-scale industrial processes.

If you’re serious about protection from mosquitoes, stick to EPA-registered insect repellents.

Q. Are mosquito repellent wristbands worth it?

A. No, mosquito bracelets are generally not worth the plastic they’re made with. While it’s an attractive concept, there’s no way a wristband can magically protect your entire body from bug bites. Some are impregnated with generally ineffective oils such as citronella extract, while others use common repellents including DEET. No matter what the active ingredient, bracelets don’t provide the whole-body coverage an effective insect repellent requires.

A. It would be remarkably convenient, however, there’s zero scientific evidence supporting the idea that ultrasound generators can repel mosquitoes.

A. Studies indicate that insect traps using various types of bait can lessen mosquito activity. However, it’s important to note that, like any area-of-effect bite prevention, you shouldn’t rely solely on traps if there’s any risk of insect-borne disease.

Topical repellents are by far the most common, but in regions with a risk of disease or especially humid places with armies of flying insects, they don’t always get the job done. Sometimes, you have to be ready to kill.

Treating your entire yard at once is the most effective way to combat exploding mosquito populations. This is especially important in extremely humid regions, including the southeastern US. Whenever you mix, spray or store insecticides or any other harsh chemicals, make sure to wear personal protective equipment including goggles and disposable gloves.

Also found under the brand name Bifen IT, Bifenthrin is a wide-spectrum insecticide effective against red fire ants, earwigs, termites, and mosquitoes, among many other pests. It kills any currently living mosquitoes, although it isn’t 100% effective against eggs and larvae. To stop the mosquitoes’ development, you’ll need something called an insect growth regulator.

IGRs disrupt the growth cycle, beginning in the egg and larval stages. A chemical called Pyriproxyfen is by far the most common for landowners in the US. It’s found under such popular brand names as Pivot 10 and Nygard.

How to get relief from mosquito bites

A cold compress is the simplest way to treat the pain and itching of mosquito bites, but it’s not an entirely reasonable treatment if you spent all night outdoors, acting as a bug buffet. There’s a variety of creams and other topical treatments that can help, though.

Start by washing the affected area thoroughly with soap and water. A little moisturizer can go a long way in relieving minor itching, but there are some safe chemicals that can help a lot. Calamine lotion, commonly prescribed to relieve pain and itching from poison ivy and similar irritants, works just as well on bug bites. Over-the-counter hydrocortisone cream can also reduce swelling and itching. A topical antihistamine such as Benadryl can also help.

Eliminate standing water around your property

Mosquitoes lay eggs in standing water and it doesn’t take long for the larvae to grow into bloodsucking adults. This is one of the most effective and commonly overlooked ways to minimize local mosquito populations.

Most breeds are drawn more to dark colors than light ones. Incidentally, dressing in light colors also helps to keep cool during the hot summer months.

It’s relatively easy for mosquitoes to bite through form-fitting fabrics, whether you’re wearing spandex, nylon, or cotton. A quality pair of loosefitting hiking pants helps quite a bit on wilderness adventures.

Don’t drink too much alcohol

Mosquitoes are drawn to carbon dioxide and heat. Drinking directly results in the body releasing more of both. For the most part, what foods and drinks you ingest don’t make a difference when it comes to mosquito attraction. Alcohol is the exception.

Stay inside during high-activity times of day

Many breeds are most active during the midmorning and early evening. If you have the option, consider relaxing indoors during those times.

A moderate amount of airflow does a surprisingly good job at keeping mosquitoes and other flying insects at bay. A small fan is all you need to avoid bug bites in some small spaces.

If you’re setting up a personal tent for sleeping or a party tent for entertaining, quality mosquito netting goes a long way toward keeping all kinds of bugs out.

A novel way to kill thousands of mosquitoes

If you live in an extremely muggy climate and routinely have to deal with significant numbers of mosquitoes, there’s one method that’s surprisingly effective when used over a couple of weeks. Mosquitoes are attracted to heat and carbon dioxide, and one pound of charcoal creates more carbon dioxide when burned than a person breathes out in an entire day.

First, get an industrial fan. A 24-inch model works great and costs just upward of $100. Set up a simple charcoal grill a few feet behind the fan so the fan blows away from the grill and light some charcoal. Line the intake side of the fan with mosquito netting and let the fan blow until the charcoal is fully burned.

The charcoal will continue to attract mosquitoes, and for a few hours, hundreds to thousands of them will end up caught in the netting. Fold the netting over to capture the mosquitoes, dispose of them in a sealed garbage can and spray them with insecticide.

To get the most out of this method, it’s important to use it every day for at least a week. You’ll notice declining numbers of mosquitoes on the netting each day, which means it’s working. If you continue for long enough, eventually you’ll capture almost no mosquitoes. Since mosquitoes don’t travel very far during their adult life, persistent use of this method massively cuts down on the breeding population, cutting down numbers before you ever have to worry about actual repellents.

How to choose a great beach wagon
by Lauren Corona

Is it finally time to invest in a chest freezer?
by Lizzy Briskin