Razer’s best laptop is also a fairly pricey one. 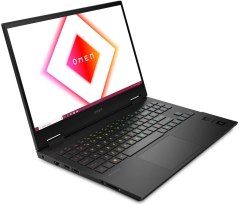 HP’s Omen laptops deliver an all-around smooth gaming experience, but keep its AC adapter handy for playing on the go.

Its battery life could be better. 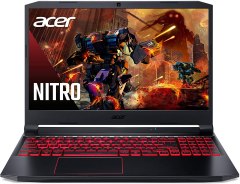 The premium performance and feature-packed design of the Nitro 5 Gaming Laptop makes it a top model for budget-conscious PC gamers.

Its LED lighting cannot be changed from its default red color. 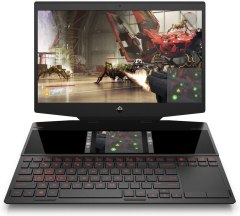 The innovatively designed dual-screen and raw power makes it easy to multitask between high-end gaming and other apps as needed.

Its premium performance comes at the cost of poor battery life. 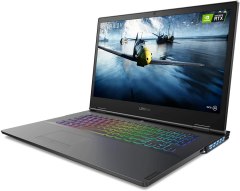 Lenovo’s Legion Y740 Gaming Laptop is a lightweight powerhouse for PC gamers who want to play games at their best.

Its 5-hour battery life is passable.

If you game at home or on the go, a gaming laptop is a great way to take the latest games anywhere. The specs of gaming laptops vary widely, and not all laptops are as easy to upgrade to maintain top performance.

For playing the latest games at top performance, you need a machine that is powerful enough to meet your needs. The screen size and resolution are important considerations, as is the GPU when it comes to visuals and framerate. The CPU and RAM determine how quickly your computer will perform and how many tasks it can handle at once. You should also find a gaming laptop with a style that suits your taste.

Any gaming laptop is a moderate to major investment and should keep you gaming for years. As a result, it’s important to consider every aspect of your gaming machine, so you can play your favorite games at their highest performance level. 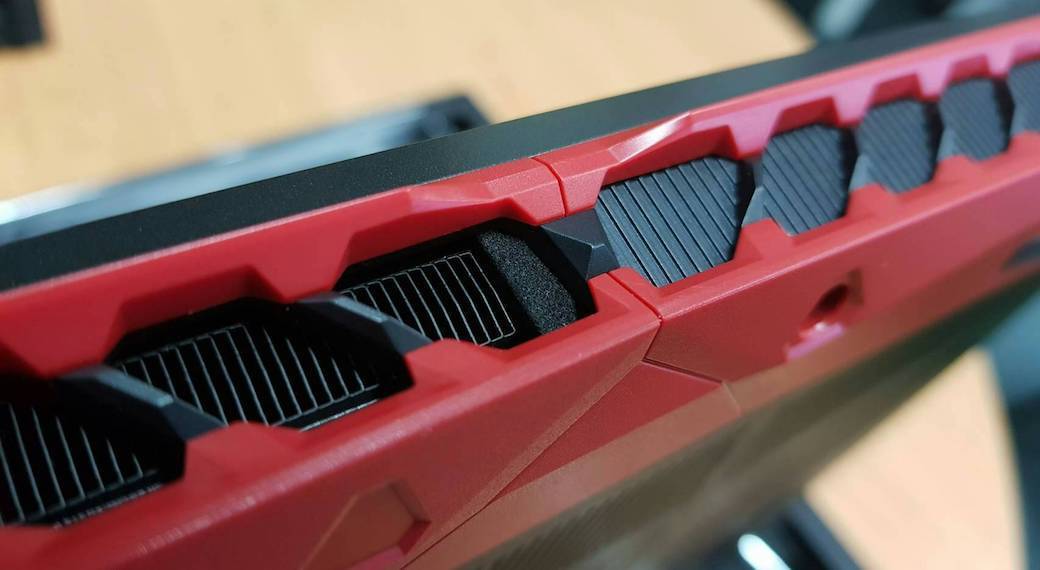 Intense video games are meant to push computer hardware to its limits, which means they generate a lot of heat. As you shop, remember that you’ll need to place your gaming laptop in a well-ventilated spot while you’re playing.

It’s all in the (video) cards

Video games, especially first-person-perspective games, depend on the computer’s graphics processing unit (GPU) to render the images you see while playing. Naturally, the GPU is the single biggest factor when it comes to your ability to play a game on a laptop.

If you think of a GPU as a computer’s video “muscles,” it’s easy to see why gaming laptops need a particularly strong GPU.

We recommend a minimum of 4GB of VRAM. Video cards are often measured by the chipset they use and the amount of built-in memory (VRAM) they have. For example, you may see a video card described as a “GeForce” series with 4GB of VRAM.

As you’re shopping for gaming laptops, pay attention to both the chipset series and the VRAM, and make sure that both are adequate for the games you intend to play most frequently.

Did you know?
Most gaming laptop video cards are manufactured by NVIDIA, which has dominated the graphics market and outperformed AMD, its nearest competitor, for years.
STAFF
BestReviews

A gaming laptop’s second most important component is its central processing unit (CPU), which is responsible for keeping your computer running. It’s the chip that processes all the data and executes all the commands.

While a gaming laptop’s GPU is dedicated to rendering video, the CPU is responsible for everything else, from the operating system to every last game of Solitaire. It can be difficult to keep up with CPU technologies because they evolve rapidly, but in general, consider the following when deciding what type of processor you’ll need.

Did you know?
Some gaming laptops support the use of multiple internal video cards. These multiple GPUs can work together to deliver faster performance, but be careful. Twice the processing power means twice the heat. Make sure the room and laptop are properly ventilated.
STAFF
BestReviews

As with all laptops, when you’re deciding on what size screen is right for you, you’re also deciding what size laptop is right for you, because the screen determines the machine’s footprint. Because gaming laptops are all about displaying eye-popping visuals, it’s especially important to pick a screen that you like and one that adequately renders the games you want to play.

You're going to need the right peripherals to complete your gaming experience on your laptop. Here are our favorite essentials.

If you play a lot of online games, you'll need a headset to chat with other players, and it's best to get one that sounds great without costing a fortune. NUBWO's gaming headset delivers, and then some: they're big, sound incredible, and they've got a noise-canceling mic, so other gamers will hear your voice—and that's it. Don't settle for your laptop's speakers; grab this headset and get completely immersed in your games.

If you play a lot of first-person shooters, you know that pixel-perfect accuracy is everything, especially when it comes to landing the perfect shot. Logitech's HERO is the cream of the crop when it comes to the gaming mouse: it's got LED lights, programmable buttons, and a whopping 16,000-DPI sensor for tracking even the tiniest motions. The HERO has the potential to be a competitive advantage, so if you play to win, this is the mouse to get.

When it comes to marathon gaming sessions, comfort is key—which is why sitting in the right gaming chair is so important. We're big fan's of BestOffice's gaming chair, because it gets the basics right: it's comfortable, it's easy to adjust to multiple positions and angles, and it's incredibly affordable. Save yourself a sore back and make sure you've got a solid gaming chair before you first boot up your gaming laptop.

There are two main price ranges to be aware of when looking at gaming laptops.

In this price range, expect to find budget gaming laptops that use last-generation technology or cut corners by having a smaller screen. If you’re dreaming of playing a first-person shooter at 4K resolution with a chat window open and your favorite tunes playing, you’ll need to spend more to get a more capable laptop.

That said, if you’re merely looking for a competent gaming laptop that will power your Minecraft addiction, there’s no need to spend more than $1,000.

In this price range, you’ll find great gaming laptops that pull out all the stops. You’ll see current-generation GPUs and CPUs alongside premium features like bigger batteries, larger screens, and gamer-friendly aesthetics.

If you play video games for more than an hour each day, a gaming laptop in this price range is your best bet.

Did you know?
Most gamers purchase and download their video games from Steam, the industry’s largest online retailer for game software. If you’re looking for bargains, Steam’s winter and summer sales are famous for offering hundreds of high-quality games at surprisingly low prices.
STAFF
BestReviews 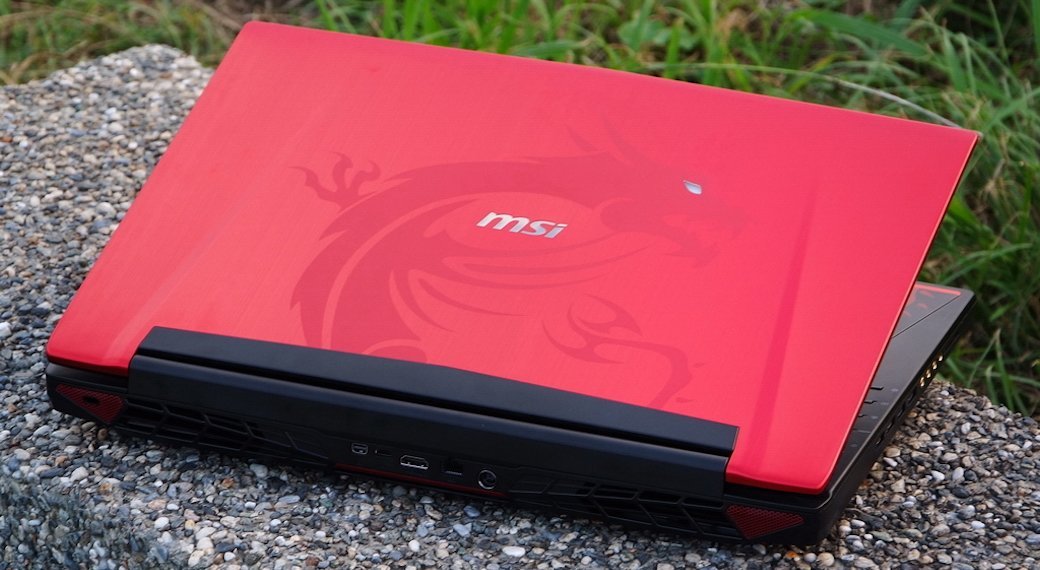 Because gaming laptops typically have high-end features (like the most current generation of CPUs or GPUs), they’re much heavier than other laptops. Most gaming laptops weigh between five and ten pounds.

Q. How much RAM do I need in a gaming laptop?

A. Random access memory (RAM) is the memory a computer uses to store data related to active tasks. While adding more RAM won’t make your computer faster, it will enable it to handle more tasks simultaneously, making your experience smoother and more responsive. While some low-end gaming laptops ship with 4GB or 8GB of RAM, for an optimal gaming experience, we recommend buying one with a minimum of 16GB of RAM.

Q. Can I play virtual reality (VR) games on a gaming laptop?

A. Yes, you can do this with additional hardware. Virtual reality games can be installed and run from any Windows-based machine, and they require special equipment like VR goggles and hand controllers (sold separately). Before investing in a VR kit, make sure your gaming laptop meets the technical requirements of the VR games you want to play.

A. While many video game developers port their most popular titles to Apple’s Mac OS X operating system, Apple does not have a laptop that’s designed specifically for gaming. However, most Apple laptops have competent GPUs that can deliver an average gaming experience. If you’re more than a casual gamer, stick with Windows. Many of the most popular gaming titles are PC exclusives. 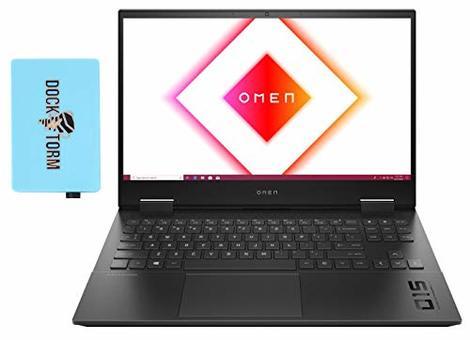 HP’s Omen laptops deliver an all-around smooth gaming experience, but keep its AC adapter handy for playing on the go. 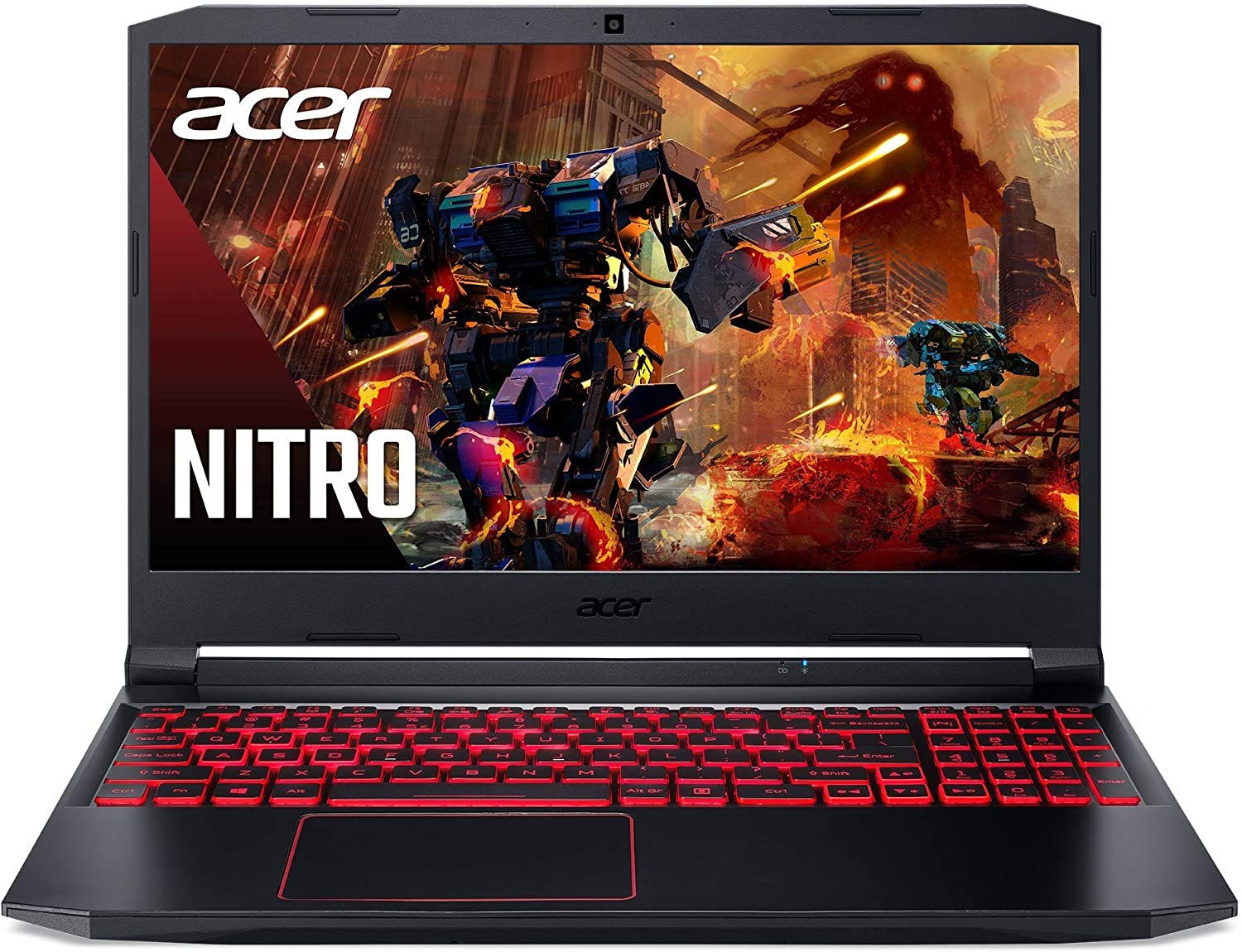 The premium performance and feature-packed design of the Nitro 5 Gaming Laptop makes it a top model for budget-conscious PC gamers. 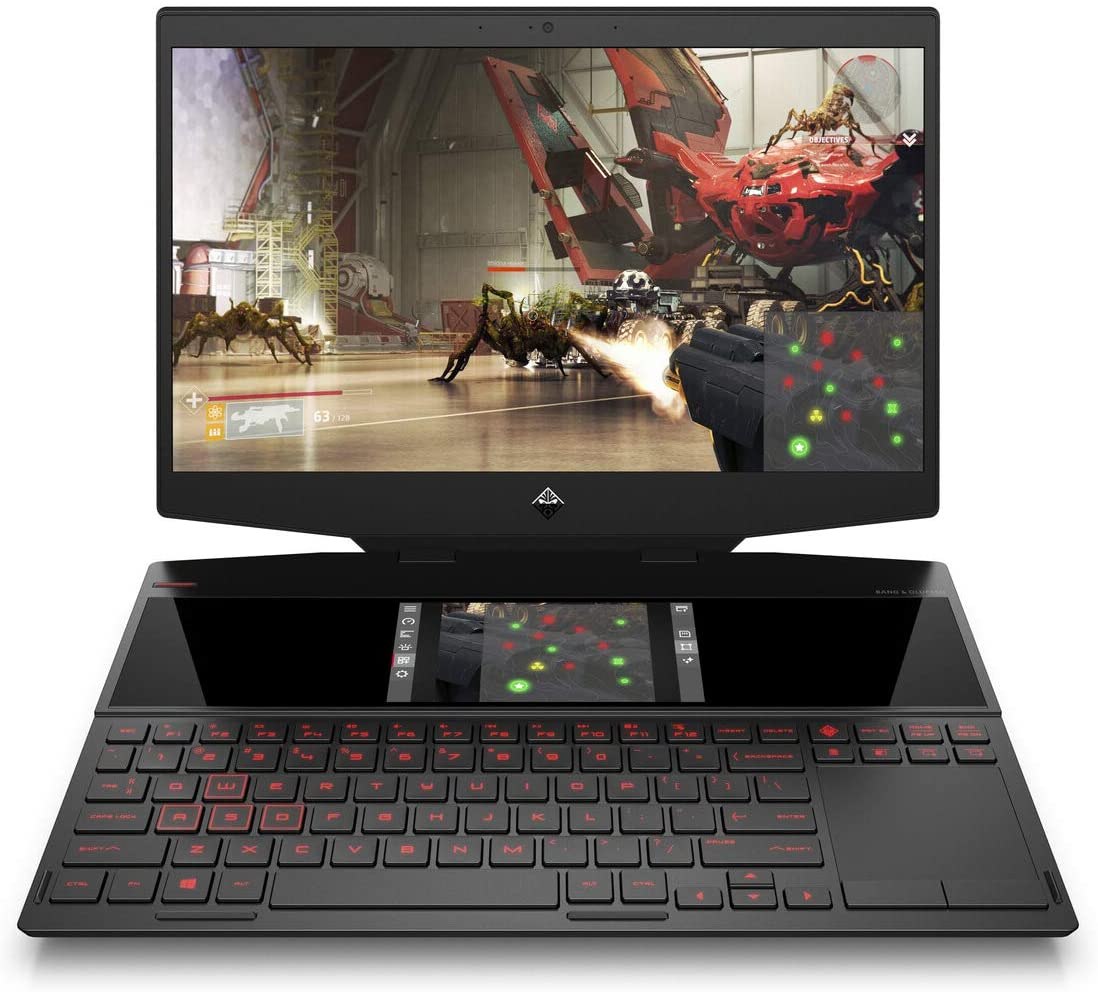 The innovatively designed dual-screen and raw power makes it easy to multitask between high-end gaming and other apps as needed. 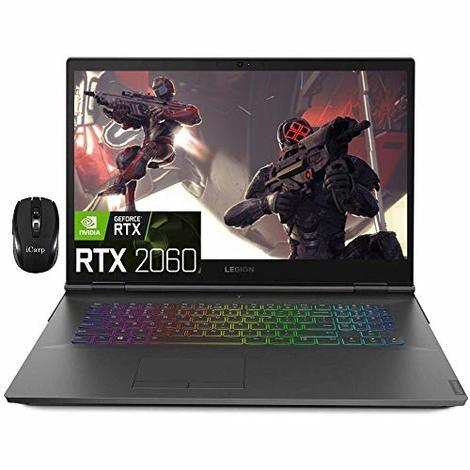 Lenovo’s Legion Y740 Gaming Laptop is a lightweight powerhouse for PC gamers who want to play games at their best. 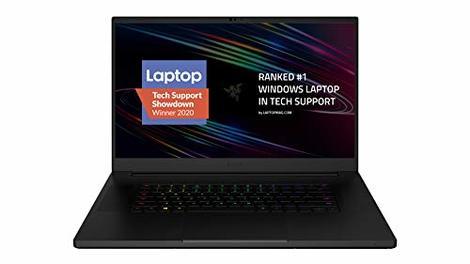 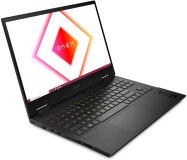 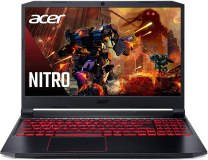 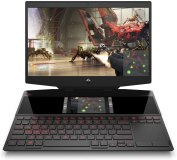 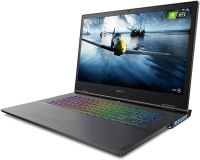