It might be pricey, but the camera on this phone is exceptional, so it's ideal for serious phone photographers.

In portrait mode, it can overly smooth the subject's skin.

An excellent option from Google that's surprisingly affordable when you compare it to other phones from big-name brands.

An affordable phone from a lesser-known brand that can still rival the big-hitters in some respects.

The other cameras (aside from the main camera) aren't of flagship quality.

Thanks to the triple camera, you can effortlessly take standard, wide, and ultra-wide shots.

With an impressive lens and sensor, this camera phone captures ultra-clear photos and the bokeh effect, even in subpar light.

Gorgeous display with an impressive range of colors. Reasonably priced considering the quality. We love the ultra-wide angle option and the 3x optical zoom.

The front camera smooths faces, which not everyone wants.

You might remember a time when camera phones were new and novel, but today, you'd struggle to find a cell phone without a built-in camera. In fact, for many buyers, camera quality is a huge selling point when choosing a new phone because most people take the majority of their photos with their phones.

Not all phones take equally good photos, so you'll need to do some digging to find the best camera phone for you. You'll want to examine the lens setup and sensor quality of any camera phone you're considering along with factors such as number of megapixels, video quality, low-light mode, and aperture. Plus, you'll want your phone to perform well aside from taking photos, so there are plenty of features to consider that aren't camera related.

In this buying guide, you'll find the information you need to buy the perfect camera phone for you. In addition, we have listed some of our favorite phones with the best cameras for your consideration. 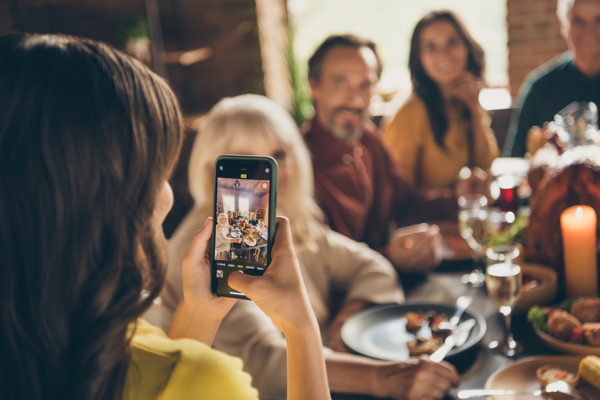 Take time to familiarize yourself with your phone's camera and all of its various features. Some aren't obvious at first, so you could be missing out on some cool functions.

At the time of this writing, the highest megapixel camera packs a whopping 108MP punch, but photos taken with a camera with 48MP or more are generally downgraded to take lower-quality images via a technique called "pixel-binning" unless the lighting conditions are perfect. This doesn't mean you should ignore the number of megapixels a phone camera offers, but it shouldn't be the only factor you consider.

In simple terms, a camera's sensor is what takes the information from the light entering through the lens and transforms it into an image. This makes it among the most important factors influencing image quality. The smaller a sensor is, the more the image quality will be compromised, so bigger is better. Because smartphones are compact, they don't have sensors anywhere near as big as DSLR cameras — the largest phone camera sensor measures 1 inch across the diagonal (though between 0.4 and 0.8 inches is more common), whereas DSLR sensors approach 1.4 inches across the diagonal. That said, sensor size and quality are only part of the larger picture.

The majority of camera phones feature a multi-lens camera setup; this applies even to fairly basic models. Technically, each one of these lenses is a separate camera, but they're all controlled together via one camera app. Lens options vary, but the best cameras often have one standard lens (generally referred to as the "main camera"), one wide-angle lens, and one telephoto lens for getting closer images of distant subjects. When you switch to the wide-angle option on your phone's camera app, for example, you'll really be switching cameras.

Lens quality varies between phone cameras and can make a huge difference in how the photo turns out. While you may find some exceptions to the rule, you can generally expect to find poor-quality lenses on budget-priced phones and high-quality lenses on expensive phones.

Camera phones invariably take videos as well as still shots. Top-end models can shoot footage in 4K, and a small handful of the latest models even offer 8K filming, though this is overkill for most users. Even cameras that shoot in 1080p full HD suffice for most. You may like to have the option to film in slow motion or super-slow motion. Your phone should offer some built-in video editing software, but you'll have more options if you use an advanced third-party app.

You might be looking for the best camera possible on your new phone, but you'll need it to function well as a phone, too. Battery life is a big concern for users, as you don't want your phone to run out of juice part way through the day. You might also want your phone to be waterproof or at least splash-proof so it doesn’t get damaged by the rain. Some phones offer a built-in assistant, such as Siri or iPhones or Bixby on Samsung phones, which allows you to perform a wide range of your phone's functions hands-free. With 5G on the horizon, many buyers want to purchase phones that are 5G compatible so it will be ready to go once the systems are in place.

Some phones allow you to take photos using gesture or voice commands instead of pressing the shutter button.

Low-light mode is often known as night mode or night sight. It allows you to take quality photos at night and in other low-light conditions without needing a flash.

Aperture refers to the diameter of the lens and affects how much light it can take in. A wider aperture allows for better images in less-than-optimal lighting conditions. The wider the aperture, the lower the number, so a lens aperture of 1.4 is wider than one of 2.4. 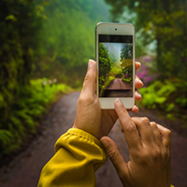 DID YOU KNOW?
Phone cameras tend to add some saturation and post-image processing, but the amount varies from one product to the next. Some people like photos with vivid, highly saturated colors while others prefer a more natural effect.
STAFF
BestReviews

Inexpensive: You can find some inexpensive camera phones for as little as $50 to $300. These don't tend to have great cameras; you'd need to spend more if camera quality is important to you. They're fine for taking the odd snap to share with friends and family, however, especially at the higher end of the price range.

Mid-priced: Mid-range camera phones tend to cost between $300 and $700. These phones take perfectly adequate photos and far exceed the photo quality you would have found on a high-end point-and-shoot camera even 5 or 10 years ago. However, they can't rival the best phone cameras out there.

Expensive: The best camera phones available cost from $700 to $1,500. These are the flagship models of the top phone brands, meaning they feature the latest in phone camera technology with the best lenses and sensors. At this price point, you can expect near-professional image quality. 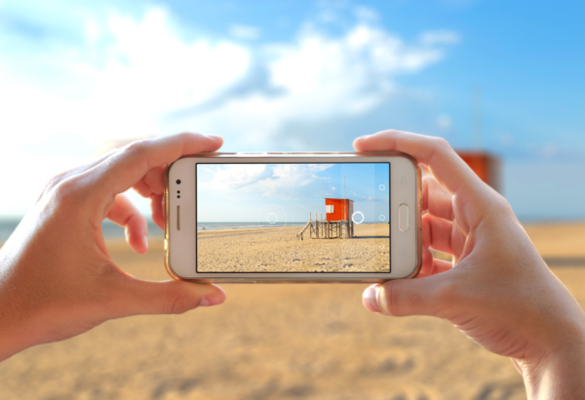 If you don't like your phone's built-in camera, you can choose from a huge range of third-party camera apps available for download via the App Store on iPhone or the Play Store on Android.

Q. What's the difference between optical and digital zoom?

A. Optical zoom is created by adjustments in the lens itself, whereas digital zoom is achieved digitally by the camera software enlarging the center of the image and cropping away the edges. When you use optical zoom, you don't lose any image quality. Digital zoom, however, can lead to distortion, especially at the top end of its range.

Q. What can I do to protect the lenses on my phone?

A. You might have a case for your phone, but it has a cut-out for the lens or lenses so the case doesn't distort the image. In theory, this leaves the lenses vulnerable to damage, but in practice, smartphone camera lenses are extremely tough and practically impossible to seriously scratch. Of course, if you're worried, you can carry your phone in a pouch inside your bag or pocket — or at least make sure to keep it separate from keys and other objects that might scratch it. When cleaning your lenses, use a soft microfiber cloth.

Q. Do phones have built-in image filters in their camera apps?

A. Anyone who uses social media will probably be aware of image filters like those found on Instagram. The majority of phones also have built-in image filters which you can apply to photos even if you aren't sharing them on a platform. 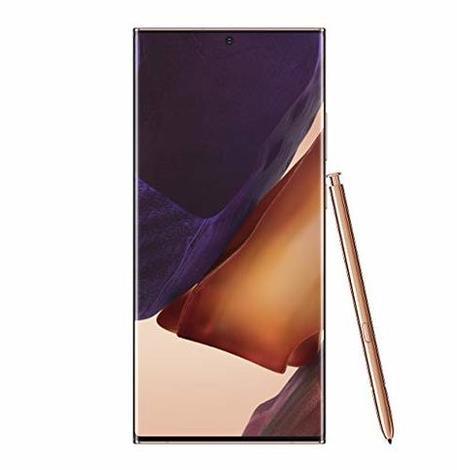 It might be pricey, but the camera on this phone is exceptional, so it's ideal for serious phone photographers. 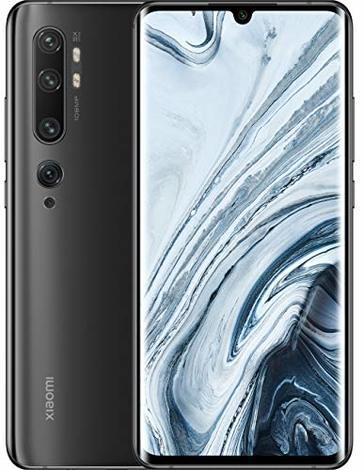 An affordable phone from a lesser-known brand that can still rival the big-hitters in some respects. 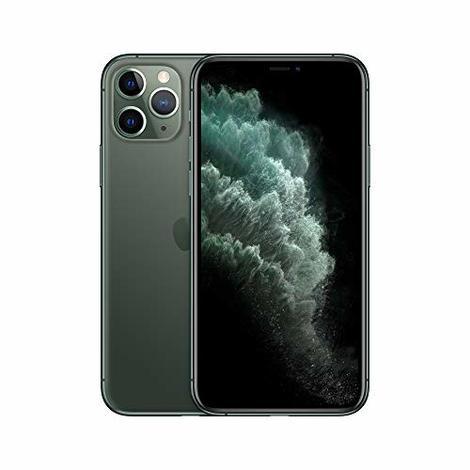 Thanks to the triple camera, you can effortlessly take standard, wide, and ultra-wide shots. 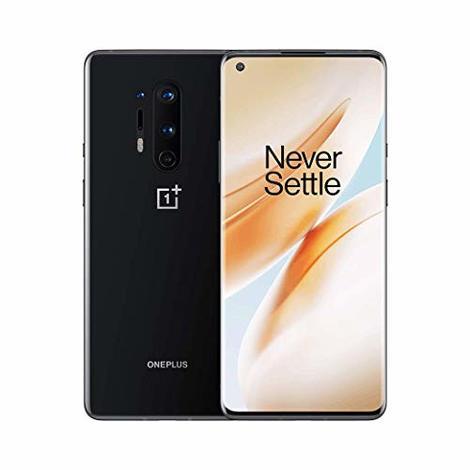 With an impressive lens and sensor, this camera phone captures ultra-clear photos and the bokeh effect, even in subpar light. 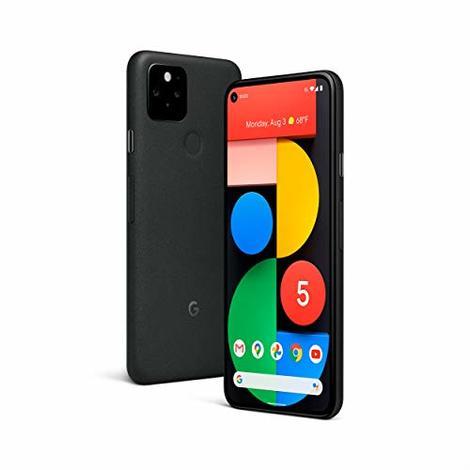 An excellent option from Google that's surprisingly affordable when you compare it to other phones from big-name brands.