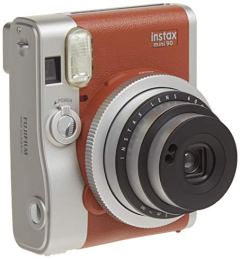 A long list of features make this the most versatile instant film camera of the bunch.

This fun-to-use camera doesn't just look good, it's also packed with features like double-exposure mode and a self-timer. It's the only model with an adjustable flash, and its battery can be recharged. It can be placed on a tripod.

Film is expensive. Some find the viewfinder inaccurate.

A pared-down instant film camera that's perfect for the spontaneous traveler and photographer.

This little camera is lightweight and compact. A great option for beginners. Pictures taken with this inexpensive mini cam turn out consistently well. Auto flash and auto exposure help to make picture taking a simple art.

You can't mount this model on a tripod. No timer function. 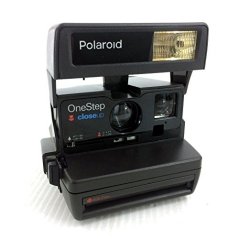 Vintage-looking photos are no problem with this camera. It produces larger photos than other models, and the photographs are higher in quality. The camera also features an automatic flash.

Bulkier than other models. Film is expensive. 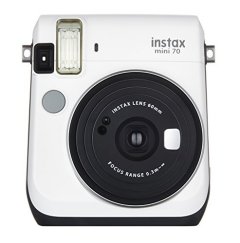 This model features a selfie mode, and it's great for taking photos in low-light conditions thanks to an auto-exposure mode. The shutter button is appropriately placed to make it easy to take great selfies.

Photos are small. Film can get pricey. 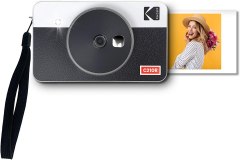 A handy instant film camera that prints vivid photos on its own or from connected devices.

Colors are vivid and fade-resistant thanks to dye sublimation transfer technology. Prints 2.1-inch x 3.4-inch snapshots with protective lamination. Can print photos taken with its camera or from a mobile device via Bluetooth.

The appeal of instant film photography has never quite died, even in the digital age. There is something unique and nostalgic about holding a photo you just took and printed mere seconds before. Instant film cameras are making a major comeback, meaning it's a good time to check them out for yourself.

Film cameras have a lot in common with their digital counterparts. Different specifications and features will change the photographic experience. Most cameras have similar settings like shutter speed and exposure, so the smaller features like additional lenses and bundle options may help you decide which one to buy.

If you aren't quite sure where to start in deciding which instant film camera to buy for yourself, check out our handy guide. It lists some of the most important features and specs you may need to get the best photographic results. There's also a list of the top film cameras available. 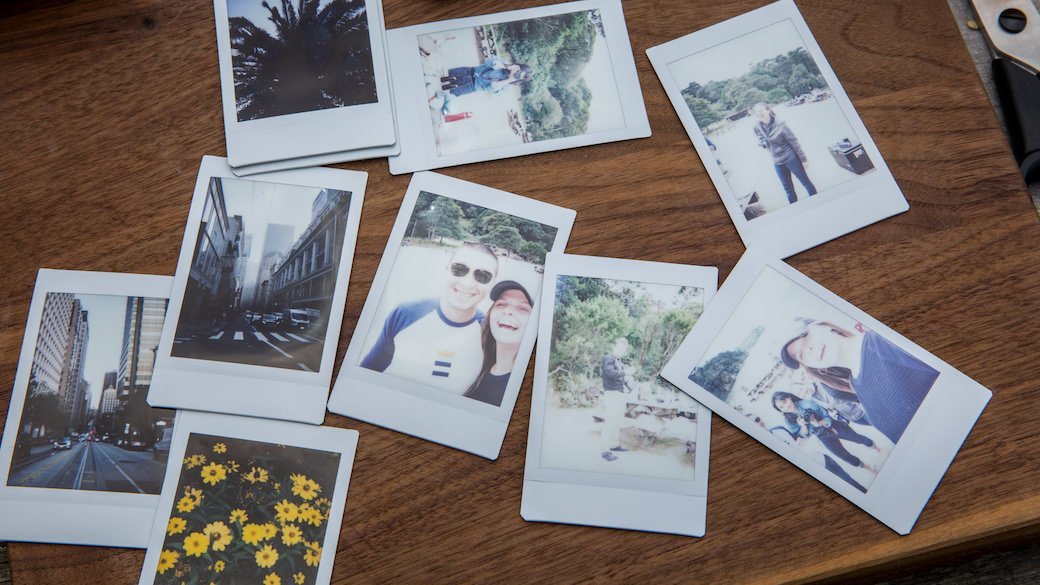 Edwin Land dropped out of Harvard, not once but twice, so he could focus all his efforts on perfecting his invention: polarized film.

The process that allows you to press a button and make a two-dimensional copy of reality involves a rather complex chemical reaction. When you open the shutter, a light-sensitive silver compound on the film records the light (takes a picture). As the film comes out of the camera, it is compressed in a way that starts a multilayered chemical reaction. The chemicals do their thing and the image gradually begins to reveal itself. About a minute or so later, you have a photograph.

The science behind how film works is fairly consistent. What makes a difference in the quality of your pictures is how good your camera is at letting in the perfect amount of focused light.

An instant film camera is designed to be fast and fun. It does all of the heavy lifting for you. All you have to do is hold the camera steady and press a button to start the process. So, first and foremost, a good instant film camera is user-friendly. Beyond that, here are the most important things to consider when shopping for the best one. Not all of these options will be available on every camera.

With most instant film cameras, the camera determines the optimal settings and takes a picture accordingly. However, some models offer a suggested setting but allow the user to override that suggestion. Different cameras accomplish this in different ways. Many have a brightness dial that allows you to adjust the camera with settings such as normal, bright, and dark.

Setting the shutter speed on an instant film camera isn't as involved as it is on a DSLR or SLR camera. Often, you don't even have the ability to change it. If you do have that option, usually it’s called a “mode.” For action pictures, for instance, you would select a mode that features a faster shutter speed.

This is another type of mode that instant film cameras might have. This allows you to take extreme close-ups. It’s useful for taking pictures of flowers or other smaller objects.

The double exposure mode allows the user to take two pictures and combine them into one composite. You can create interesting artwork by imaginatively choosing the two different shots.

Many instant film cameras include a built-in selfie mirror so you can aim the camera at yourself and still be able to frame a perfect shot.

There are two film formats available for instant film. The wide film offers an image size of 2.4 x 3.9 inches, while all others are 2.4 x 1.8 inches.

Like all the best battery-powered devices, most instant film cameras power down if left idle for a designated amount of time. This keeps you from accidentally draining the battery when you forget to shut off the camera between pictures.

A few of the pricier models not only instantly print a photo but also save the picture data so you can upload it to your social media accounts or use it to print multiple copies of the same photo.

Some instant film cameras offer additional lenses for specific types of shots. You might have to do a bit of searching, but if you’re diligent, you can find cameras that have this option.

Some instant film cameras can be used with a tripod. If this is important to you, make sure you get a model that can attach to a tripod.

If you want it all, look for an instant film camera that includes an accessories bundle. This is where you get all the fun stuff that lets you play around and experiment. A bundle can include extra film, picture frames, a photo album, additional lenses, colored filters, stickers, case, and more.

Did you know?
Some instant film cameras offer a double exposure option. Use this feature to create a wide variety of impressive texture and ghosting effects.
STAFF
BestReviews

At the lower end of the price scale, between $25 and $50, you can find basic point-shoot-print instant film cameras along with more advanced refurbished models.

For around $60 to $100, you can find cameras with handy features like a selfie mirror and the ability to save your photo as a digital file.

Once you cross the $100 mark, you’re getting into the highest quality instant film cameras as well as some pretty impressive bundles that might include a carrying case, additional lenses, filters, frames, and specialized film.

Since instant film cameras are currently proliferating on the market, there are a couple other options you might want to consider, depending on your preferences. Polaroid's PIC-300 produces pictures in about a minute. It also shuts the camera off after five minutes of inactivity to increase the life of the batteries. If you're looking for a bundle, Fujifilm's Instax Mini 9 Instant Camera Bundle is a remarkable value. Besides the camera, you get two twin packs of film, travel case with adjustable strap, photo album, ten hanging frames, ten colorful clips, hanging string, 60 colorful stickers, five plastic frames, selfie lens, four colored lens filters, and microfiber cleaning cloth. 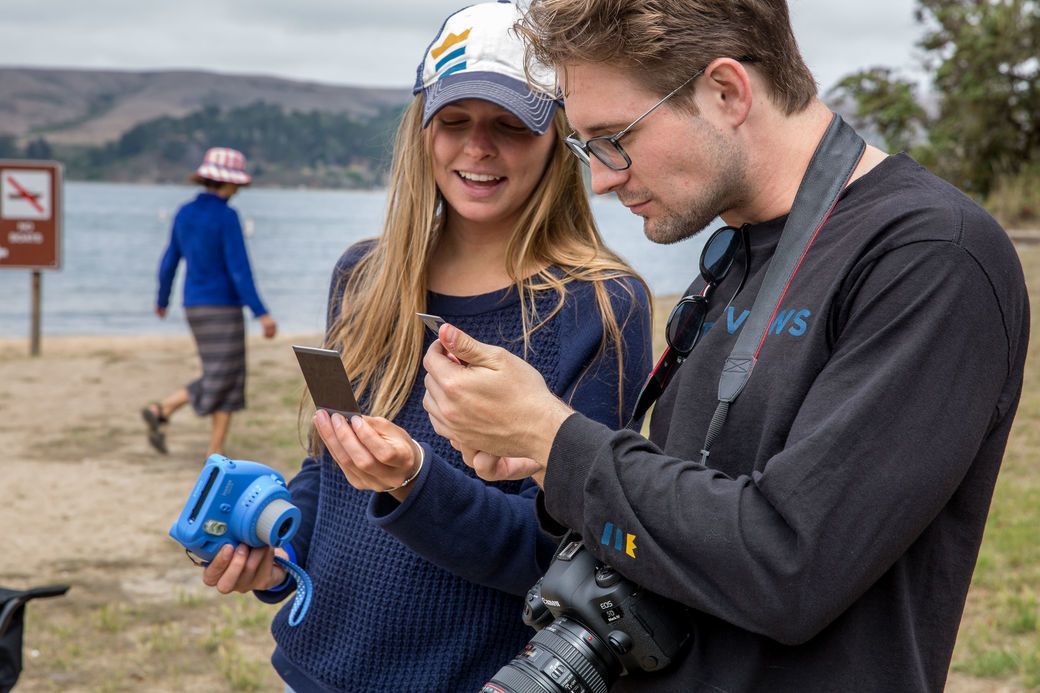 Take an instant film camera to your next party so guests can take pictures during the event and stick them on poster board to create an instant memories collage.

Q. Does shaking a photo actually help it develop faster?

A. The film is covered by a thin, clear plastic window so it isn’t exposed to the air. Therefore, shaking the picture won’t help it dry any faster. It can, however, cause your photo to develop improperly and ultimately ruin the picture.

Q. What is the best way to develop a photo from an instant film camera?

A. After you snap the shot and the film comes out, simply place it on a flat, level surface and wait.

Q. How do I get my pictures on my social media accounts?

A. Although some instant film cameras do save a digital version of the photo that you can upload to your social media accounts, most do not. If you want those images on your Instagram or Snapchat account, simply scan them or, better yet, take a picture of them with your smartphone to turn them into digital files that can be uploaded and shared wherever you like. 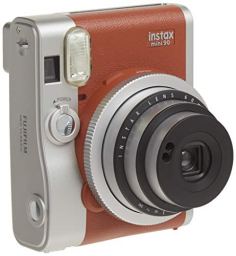 Best of the Best
Fujifilm
Instax Mini 90
Bottom Line
A long list of features make this the most versatile instant film camera of the bunch.
Shop Now 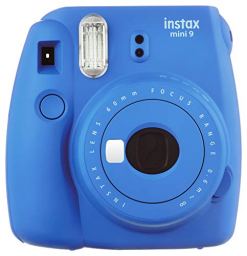 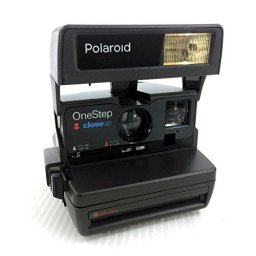 Top Pick
Polaroid
OneStep Close-Up 600
Bottom Line
A hint of nostalgia comes with this camera from Polaroid that stands out from the rest.
Shop Now 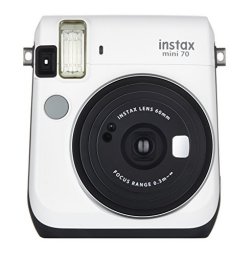 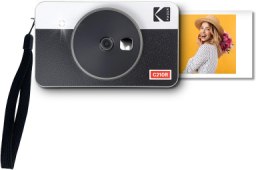 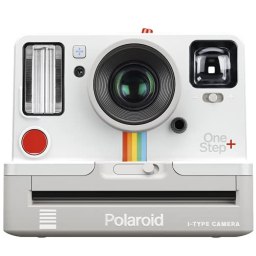