Tough, dependable, and easy-to-use, but without the typical "rugged phone" bulk.

Works with Verizon and AT&T. 1P68 waterproof and solid overall design. The screen is made from CorningGorilla Glass 5. The battery is removable. Edge-to-edge display works when wet, even with gloves. Buttons are customizable. Equips 3.5mm headphone jack and push-to-talk functionality. 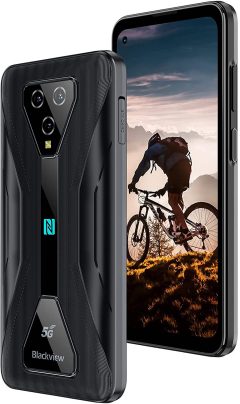 Not compatible with Verizon or AT&T 5G. Some users report damage when used while diving.

Nokia's rugged phone entry packs both 5G and dual-SIM capability into a rugged yet sleek unit.

A few reports of issues with the mic for voice calls. 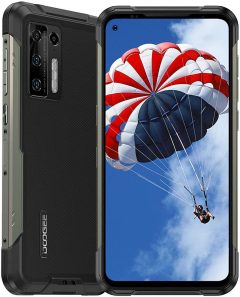 The Doogee S97 Pro boasts some of the most extreme endurance conditions of any phone.

IP68/IP69K waterproof and dustproof phone offers an underwater mode to withstand immersion in water for up to 30 minutes. Withstands extreme temperatures from 70º to -55º C. High capacity 8500 mAh battery. Unlocked and compatible with most GSM networks. Includes 40-m laser rangefinder. 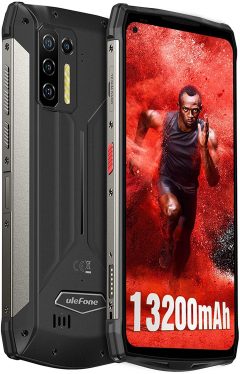 The Ulefone Power Armor 13 lives up to its name with a very high-capacity battery and appealing extras.

Not 5G. Not compatible with AT&T or Cricket activations.

Smartphones are expensive, and they become even costlier when they break. That’s why users are extra careful with them and often invest in extended warranties or special protective cases. If you’re an adventurer who enjoys excursions off the beaten path, you already know it’s no life for a delicate smartphone. Before your next voyage, consider investing in a rugged phone.

Unlike smartphones, rugged phones are designed to handle bumps, drops, and even exposure to moisture. Many models are considered all-weather phones and can be used in freezing or high-heat environments. Rugged phones are often used in remote or exotic locations, so they’re perfect for international travel. For that reason, many of them are unlocked, compatible with GSM and CDMA technology, and work across WiFi networks.

Each rugged phone is equipped with different features, so you might be wondering which one is the best one to accompany you on your next excursion. We invite you to read this buying guide, which contains an overview of various features and models worth considering as well as several of our favorites. 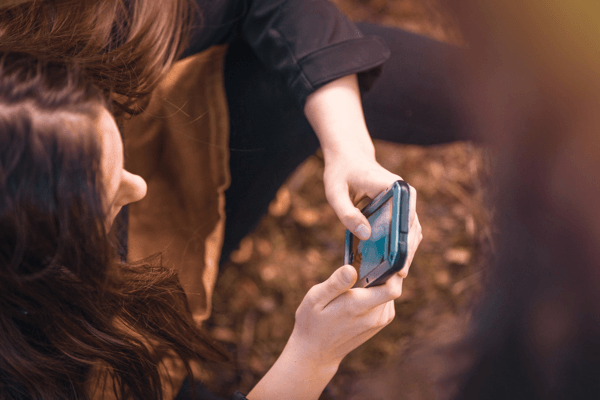 If your rugged phone is a smartphone, download all device and app updates before you travel. This will minimize the likelihood of compatibility issues, plus the updates may include new features that will come in handy for your trip.

Rugged phones can be separated into two unofficial categories: basic and advanced.

Basic rugged phones are those with limited capabilities and features, and, more often than not, they resemble older-style cell phones. They’re often purchased by those who need a phone in case of an emergency while traveling but who have other devices to cover other technology needs.

Advanced rugged phones are on par with smartphones and even resemble them. To protect their touchscreens and internal components, these phones are encased in a shock-resistant outer shell. Certain models can be used for WiFi calling, while others double as long-range walkie-talkies.

Rugged phones are equipped with Global Systems for Mobile Communications (GSM) technology, and some still include code-division multiple access (CDMA) technology. If you’re not familiar with the terms, GSM is used by most countries in the world for making wireless calls across networks. CDMA technology is still used only in the United States and Russia. If you’d like the flexibility to use a rugged phone anywhere in the world, you might want to invest in one that has both GSM and CDMA capabilities.

CDMA phones aren’t compatible with SIM cards, which means your phone is connected to the original wireless provider where you purchased it. While GSM is used in far more places in the world, some travelers still need CDMA for trips to the United States and Russia. 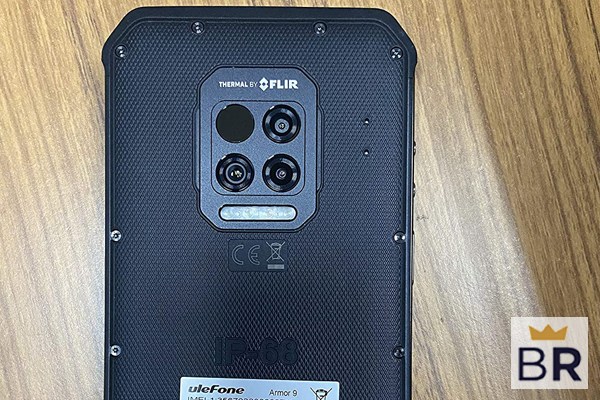 We look for rugged phones with quality camera resolution and a good field of view. 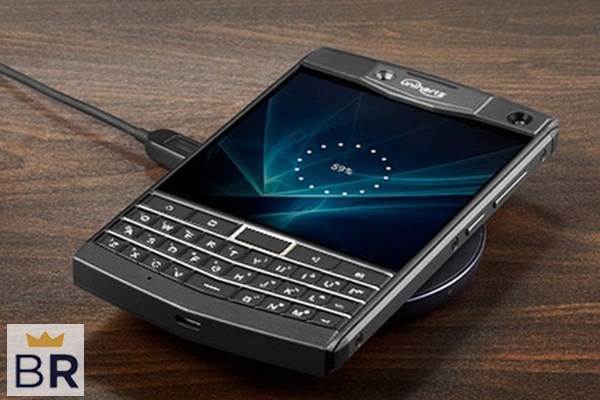 We compare two types of rugged phones: basic phones with limited capabilities, and advanced phones that are on par with smartphones. 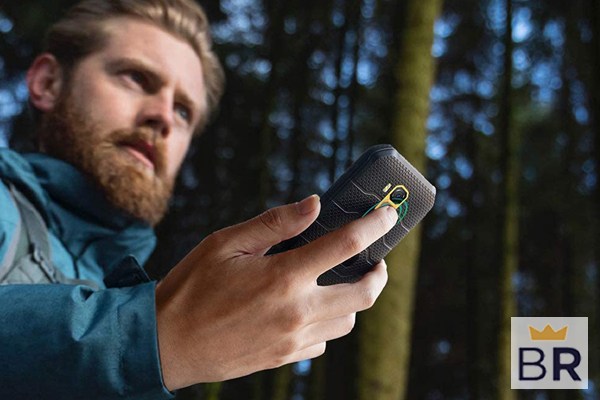 We assess the battery life of each rugged phone and how long it takes to fully charge. A good battery should last around 72 hours. 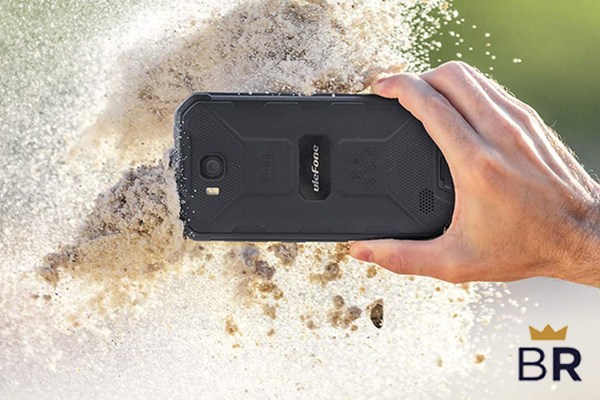 While most rugged phones work well in all weather conditions, we make it a point to look for phones with a protective shell, which supports the phone in extreme weather conditions (temperatures ranging from below 0°F to nearly 110°F). 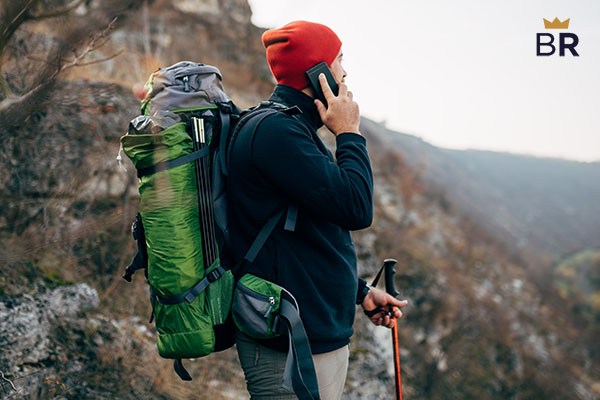 Since rugged phones tend to be a bit bulkier and heavier than regular smartphones, bonus points go to those that are engineered to be lighter in weight. 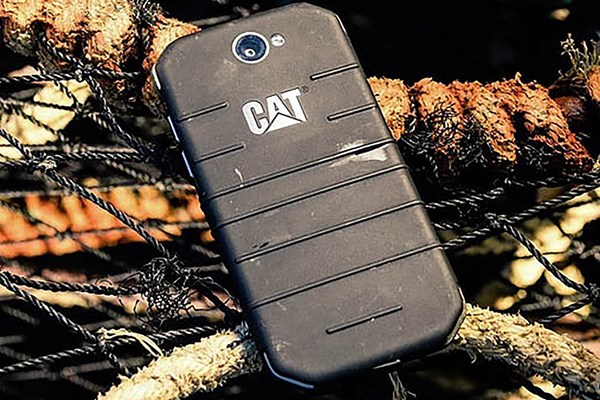 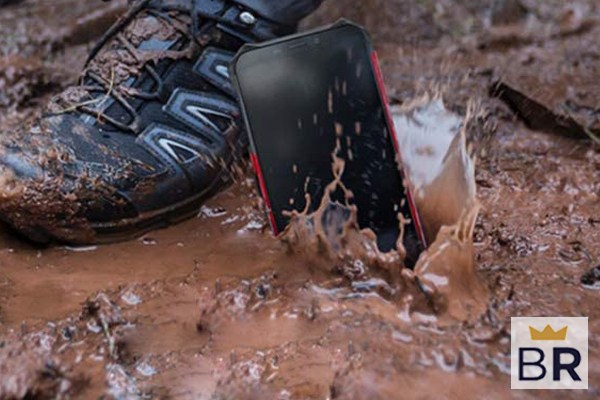 Rugged phones have a built-in heavy-duty case to protect them from falls or drops. We note the level of drop protection offered by each product in our research. 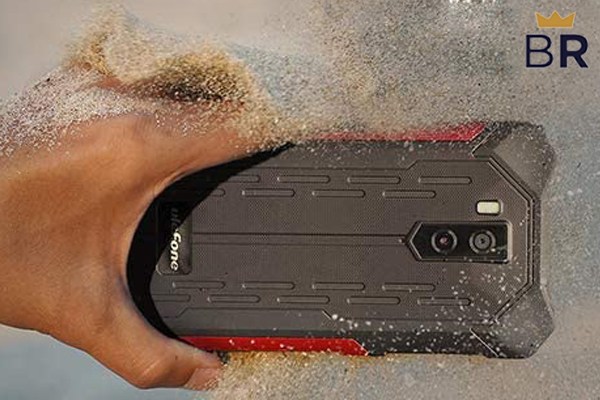 We find out how much water resistance a phone offers before shortlisting it. Some models can only withstand splashes; others can be fully submerged in water. 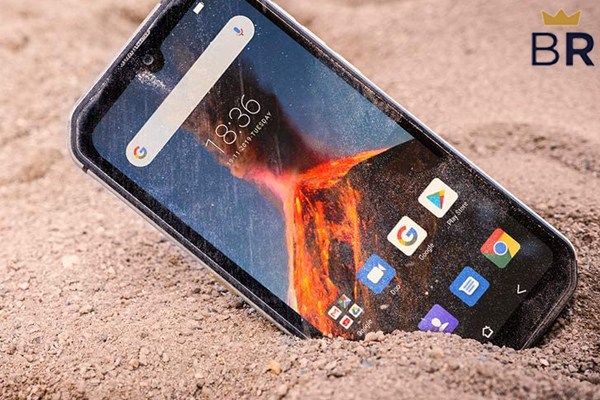 We explore how well a touchscreen works when wearing gloves or when the hands are wet. This gives us an idea how the phone performs in different activities. 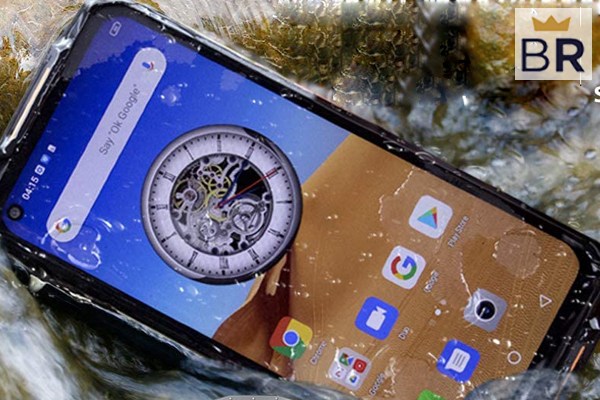 When researching rugged phones for our shortlist, we note what material the screen is made of, such as durable Gorilla Glass or sapphire glass.

If you’re investing in a rugged phone, there’s a good chance you’ll be away from civilization or an area where you can charge the battery for a prolonged period of time. Rugged phones usually have a much longer battery life than regular phones, with some that last as long as 72 hours between charges. Certain models even come with spare batteries that can be docked inside the phone.

With that said, it’s important to examine the specs carefully regarding battery life. While 72 hours seems like a long time, it doesn’t necessarily mean the phone will have juice for a full 72 hours of talking and nonstop use. Rather, the time often refers to “mixed use,” which is essentially an average of talk time, random use, and standby.

Drop protection: This is usually something you think about when you buy a phone case. Rugged phones, on the other hand, are equipped with a built-in heavy-duty case to protect them from falls or drops, especially on rocky terrain.

Not all rugged phones offer the same level of drop protection, and only a few detail exactly how much protection they really provide in the event of a drop. Even so, the most durable rugged phones tend to have a bulky shell with bumper guards, reinforced corners or sides, and rubber or silicone details to absorb impact.

Water resistance: Another reason people invest in rugged phones, especially if they’re outdoor enthusiasts, is because these phones offer superior water resistance. Phones with the lowest levels of water resistance can sustain splashes and modest moisture exposure, though they’re not ideal for certain aquatic adventures like rafting.

Top-rated rugged phones tend to advertise their IP rating, which refers to exactly how much exposure to water they can sustain. Some rugged phones have IP68, which means they can be submerged in a meter of water for approximately half an hour before being damaged.

With that said, it doesn’t mean you should swim with a rugged phone rated IP68 or higher; rather, it’s simply a gauge as to how much water exposure the phone can handle. It also doesn’t mean that the phone is waterproof, because it’s possible for water to penetrate the phone with prolonged exposure. To date, there aren’t any truly waterproof phones on the market, regular or rugged. 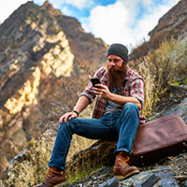 DID YOU KNOW?
While rugged phones hold up well in the great outdoors, it’s not recommended that you leave them covered in sand, which is notorious for causing permanent damage to electronics.
STAFF
BestReviews

Rugged phones range in price from $125 to $600, mostly depending on durability. It also depends on their capabilities, so if you’re looking for a rugged phone with comparable features to a smartphone, you’ll spend significantly more.

Inexpensive: If you’re on a budget, you’ll be able to find a basic rugged phone for between $125 and $250. These mostly consist of old-style flip or brick phones, so they won’t be equipped with a touchscreen or too many features outside of calling and basic programmability.

Mid-range: These rugged phones cost between $250 and $450. They offer the most bang for your buck because they are well rounded in terms of durability, capability, and battery life. These phones often double as media players, cameras, and sometimes walkie-talkies, too.

Expensive: When you reach the $450 to $600 range, you’ll get a rugged phone equipped with almost as many features as a smartphone. These hold up exceedingly well to dust, water exposure, rain, snow, and plunging temperatures.

It’s a good idea to invest in a spare power cord for your rugged phone. In the event you lose yours, you’ll still be able to charge up during your journey. 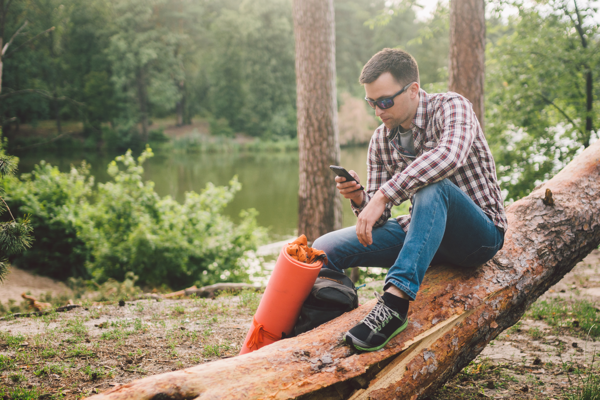 Some rugged phones double as media players and have expandable storage options. While this can provide convenient entertainment during low-activity times on your trip, keep in mind that using these features drains the battery.

Q. Are rugged phones much larger than regular phones?

A. They are, and their larger size can be attributed to their built-in protection. Most rugged phones don’t require a protective case for this reason. Regardless, if you’re used to a smartphone in a slimline case, you’ll need to get used to the added weight and larger dimensions, and it might not fit in your preferred pocket.

Q. Can I use a rugged phone as my regular phone?

A. You can, especially if your occupation involves spending considerable time outdoors or exposure to the elements. Many parents invest in rugged phones for their kids because it’s a cost-effective alternative to smartphones. Some people are simply hard on phones, and replacing them can get expensive. Rather than shelling out tons of money on insurance and replacement phones, a rugged phone might be a better solution for these individuals.

Q. Are the cameras any good on rugged phones?

A. It depends on the model, though the ones with better cameras tend to be the most expensive options. On the other hand, if you want a quality camera for a trip or excursion, you might be better served by investing in a budget-friendly basic rugged phone and spending your money on a decent camera instead.

Q. What does it mean if a rugged phone is “unlocked”?

A. Phones that are unlocked aren’t exclusive to any specific carrier. Instead, you’re able to jump between carriers and networks by swapping out the SIM card. Locked phones, on the other hand, have software that prevents the phone from working on the networks of other carriers. Being unlocked is an attractive feature in a rugged phone because you’re able to use it in far more places throughout the world. 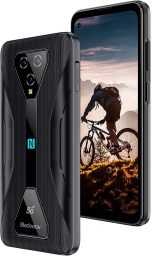 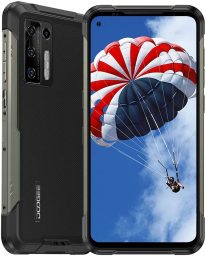 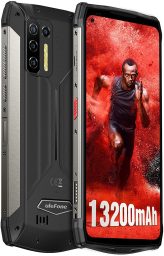 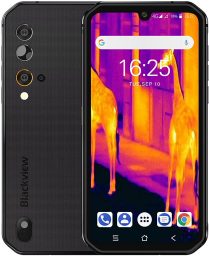 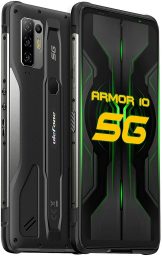 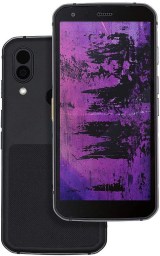 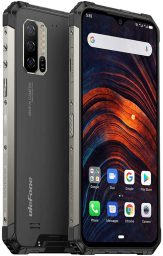 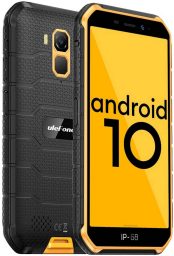