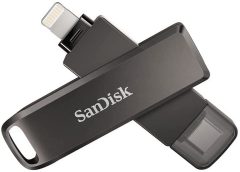 If you have a newer computer that uses USB-C, this trustworthy flash drive is your best bet.

The dust cap is easy to lose or misplace. 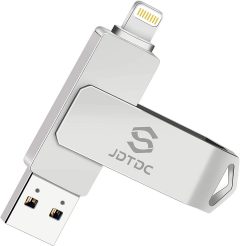 This MFi (Made for iPhone)-certified flash drive is a great value with essential features. 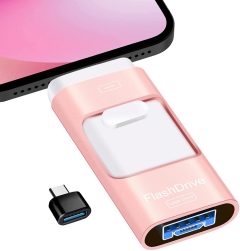 May be difficult to use without removing protective cases. 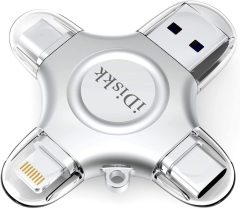 This versatile flash drive comes with a complete set of discrete connectors.

Some customers feel the app is inadequate. 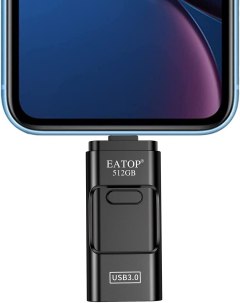 Safely and quickly store or transfer up to 512GB of data between smartphones, laptops, and other devices.

Coming in 3 distinct colors and being compatible with most mobile devices, this is one of the best methods of physically backing up or transferring data from mobile devices. Has a read speed of 80MB per second and a durable zinc alloy case.

Cannot be used with older Apple devices without corresponding adaptors. Connectors are shorter, so devices will likely need to be removed from any casing.

Your most prized commodity isn’t actually a phone – it's the data on it, like all the selfies, contacts, videos, and more. A phone can only hold so much data, though. Using a cloud service is an option, but you'll never be done paying for it because you're only renting the space. With an iPhone flash drive, that memory belongs to you.

The best iPhone flash drives are durable and compact (but not so small that they’re easily lost) and USB 3.0. The app that interfaces with your iPhone flash drive should be intuitive, easy to learn, and include security measures so that others won't be able to access your data. 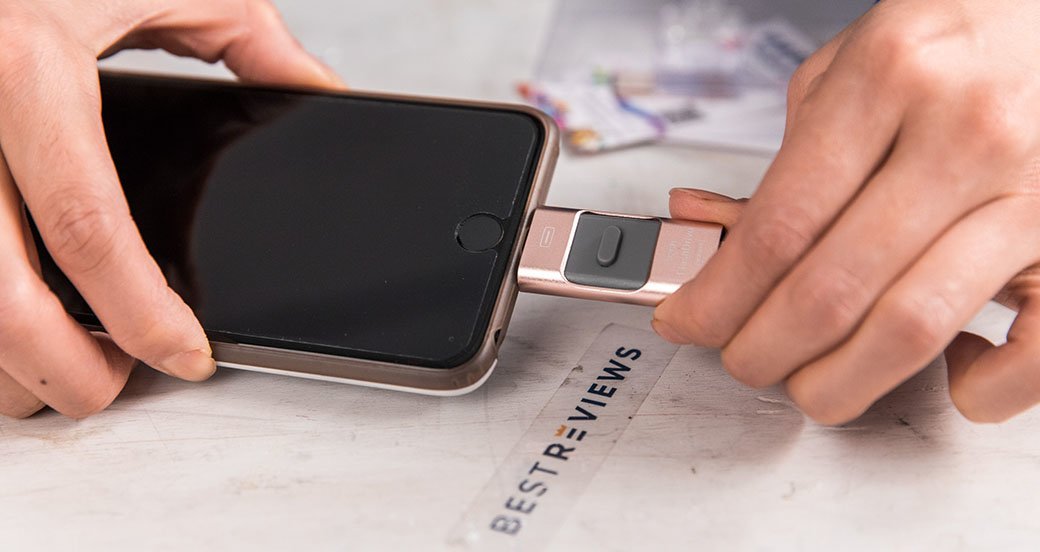 You can use your iPhone flash drive to transfer files from your iPhone to your iPad or computer.

Even though an iPhone flash drive is a tiny gadget, there are many features it may or may not have. You’ll need to carefully weigh each one of these options to decide if it’s one you need or one you can do without.

This is the third version of the Universal Serial Bus (USB) port. You would mainly want it for your iPhone flash drive because it transfers data ten times faster than USB 2.0. You can quickly tell if you have USB 3.0 because the inside of the connector is blue.

Your iPhone flash drive is only as good as the app that runs it. If it's intuitive and easy to use with one-tap controls, you'll be much happier than you would be if you had an awkwardly designed app that is complicated to learn.

iPhone flash drives come in a number of aesthetically pleasing, futuristic designs. You should pick the one you like, but only if there are no design flaws. For instance, don’t forsake durability for a thin, sleek, and fragile device or choose a flash drive that’s so small it's easily lost.

Besides simply being a flash drive for your iPhone, some units double as a charging cable. Cable break easily, so this feature could be handy.

An iPhone flash drive is going to get tossed about, so it needs to be sturdy enough to withstand the rigors of being constantly carried around.

The shield and contacts of USB and Lightning connectors need to be protected. iPhone flash drives do this in one of two ways. Retractable connectors slip inside the unit like a turtle's head and limbs into its shell. Dust covers work great, but they’re tiny and easily lost.

Some iPhone flash drives have several different connectors. While this may look cool, it's usually unnecessary. Typically a Lightning connector for your iPhone, a USB connector for your computer, and maybe a slot for an SD card are all you will need.

How much memory do you want? Is 32GB enough or do you need 128GB? When in doubt, it's usually wisest to spend a few extra dollars to have the additional memory.

If you misplace your iPhone flash drive, you'll want it protected so strangers can't get to your data. Password protection should be fine, but if you want to go the extra mile, some devices have touch ID that uses your fingerprint to gain access to the flash drive's contents.

If you’ll be using your iPhone flash drive to back up data from your camera, having a slot for an SD card is a desirable feature.

Unless you’re filming directly to your iPhone flash drive or constantly moving exceptionally large files, a slightly slower speed will likely be little more than a minor inconvenience.

If you want to bypass physical connections, there are a few wireless iPhone flash drives on the market. However, most of these are not as highly recommended as the wired models.

Did you know?
In order for your iPhone flash drive to function, you’ll first need to download and install the manufacturer's app so your phone can communicate with the flash drive.
STAFF
BestReviews

The overall price range for iPhone flash drives extends from $10 to $60. Although there are some outliers, the price is most closely related to the amount of memory the flash drive has.

Although devices and apps differ, there is a basic connection process that is similar for all iPhone flash drives. The following are three simple steps that will get you up and running. 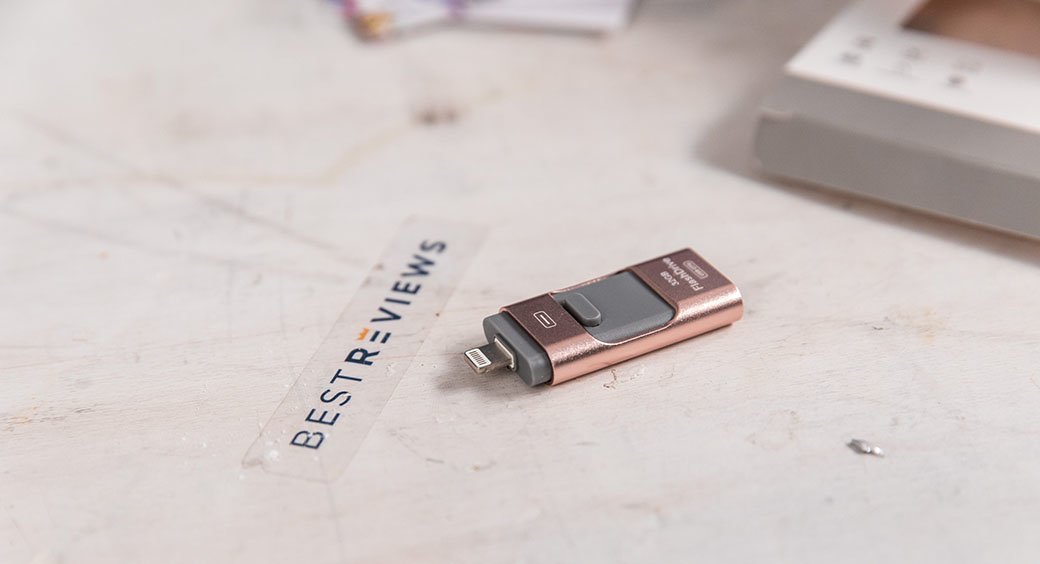 The apps you use to backup iPhone data aren’t universal. Each is designed differently. Some apps may be intuitive and easy to use, while others are a bit less user-friendly.

Q. When I plug my iPhone flash drive into my iPhone, I can't see everything. Is my flash drive not working properly?

A. Your flash drive is likely fine. iPhones are stingy with the data that you can see and back up. Mostly, it will be media files like photos, videos, and audio files. However, if you’re running the latest iOS, you might be able to back up a few other bits of data that you can find in the Files app. You also may be able to back up your contact data depending on the abilities of the app.

Q. My iPhone is out of memory. Is it possible to record a video directly to my iPhone flash drive?

A. That depends on if the data transfer rate is fast enough to keep up. If not, you’ll either have to get a faster iPhone flash drive or try shooting your video at a lower resolution. Taking pictures directly to your flash drive, however, shouldn’t be a problem.

Q. What about the photos I have on my social media accounts? Can they be backed up, too? 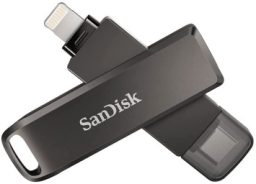 Best of the Best
SanDisk
256GB iXpand Flash Drive Luxe for iPhone
Bottom Line
If you have a newer computer that uses USB-C, this trustworthy flash drive is your best bet.
Shop Now 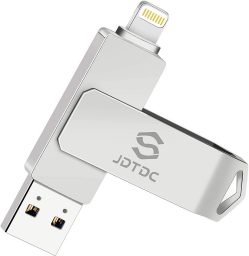 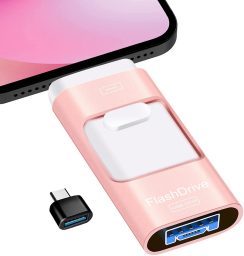 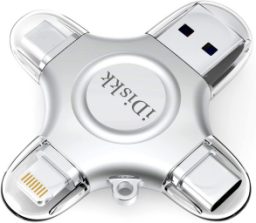 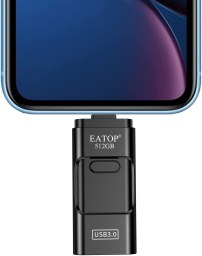 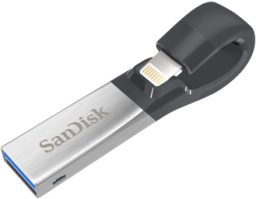 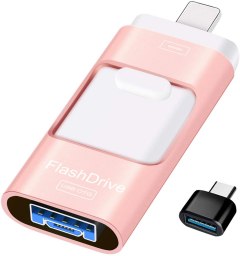 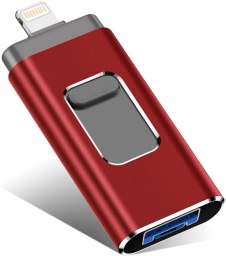 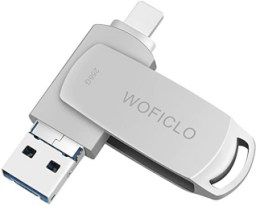 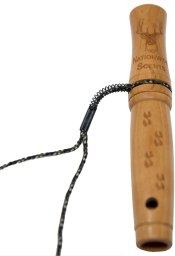