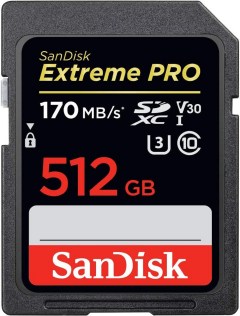 The SanDisk Extreme Pro SD card is among the top picks for adventurers who need to capture stunning 4K video in extreme environments.

Higher-capacity models can get pricey quickly. 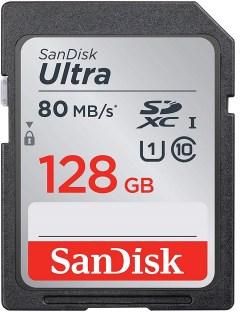 Between its low price point and impressive sturdiness, this is an excellent Full HD SD card.

A poor choice for attempting to capture 4K content. 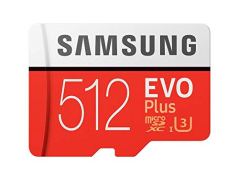 Versatile, reliable, fast, and designed to survive every adventure you take it on, the Samsung EVO Plus microSDXC is a superb memory card.

Any complaints about this SD card would be nit-picking. 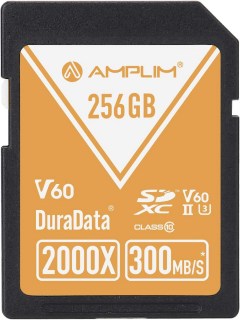 Ultra-high read and write speeds for shooting and sending 4K video; some of the highest speeds available. Multiple storage capacities.

No other card we considered combines this amount of storage with these speeds, as high as 300 Mbps. Compatible with virtually every modern device. The 256GB model lets you shoot a lot of video and images without needing to change cards.

May be impractical for occasional users. Incompatible with many older devices. 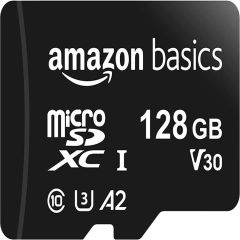 This micro memory card can read up to 100 Mbps and write up to 60 Mbps. It's available in 64GB, 128GB, 256GB and 512GB. It's suitable for smartphones, tablets, digital cameras, portable consoles, drones, and laptops. It's IPX6 waterproof and temperature-proof.

The warranty is mediocre compared to that offered by top brands.

Secure Digital (SD) memory cards are the unsung heroes of the electronics world. They store our files so we can make the most of our favorite gadgets – whether that’s the latest images from our digital cameras, home movies from our smartphones, or even our favorite games for portable gaming devices.

While it’s hard to get excited about buying system memory, it’s a crucial thing to get right. That’s because the wrong SD memory card could end up slowing down your device or, worse, be entirely incompatible. With so many SD memory cards on the market, choosing one with the right balance of performance and storage can seem overwhelming. 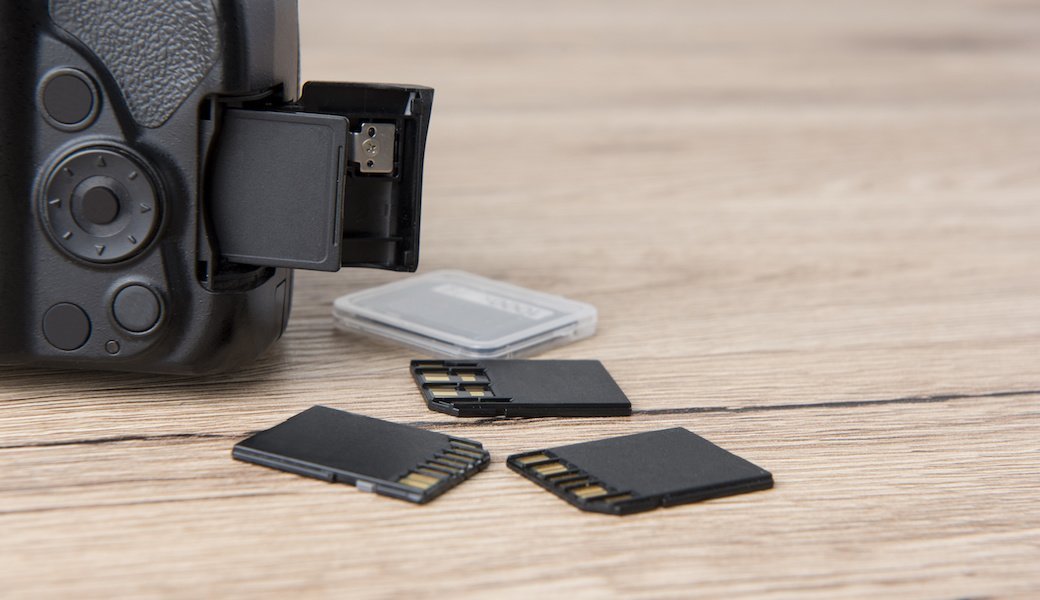 SD memory cards are one of the most durable forms of portable memory available. While it’s possible to scratch an SD memory card, scratches don’t necessarily result in data loss. Treat your SD memory cards with care, but take comfort knowing they’re not nearly as fragile as other storage media like CDs or portable hard drives.

Most SD memory cards look the same on the outside, so knowing the technical terms and acronyms is especially important for understanding the differences between various models. SD memory cards come in three main varieties: SD, SDHC, and SDXC.

Secure Digital High Capacity (SDHC) memory cards are like SD cards, but they transfer data faster and come in capacities up to 32GB. SDHC memory cards aren’t compatible with SD card-only readers, but that’s not as bad as it sounds – most modern card readers handle SDHC without a problem.

If you’re not sure which type of SD memory card to get, think about the device you’ll be using your memory card with. If you plan on using it with a device that requires a lot of storage capacity (like a 4K video camera), you’ll probably need an SDHC or SDXC memory card. If all else fails, consult the device’s documentation. Manufacturers typically include information about which types of SD memory cards will work best. 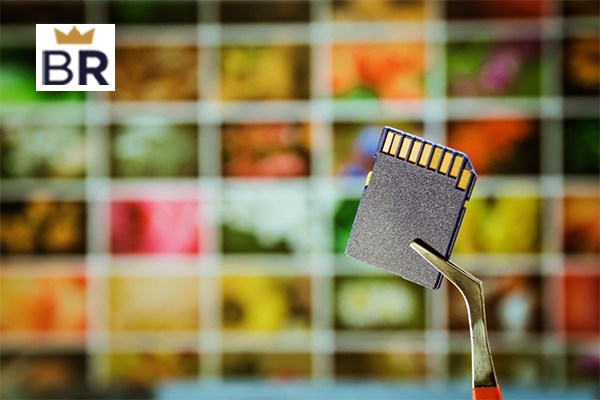 Reliability is a key aspect we research when looking for the best SD cards on the market. 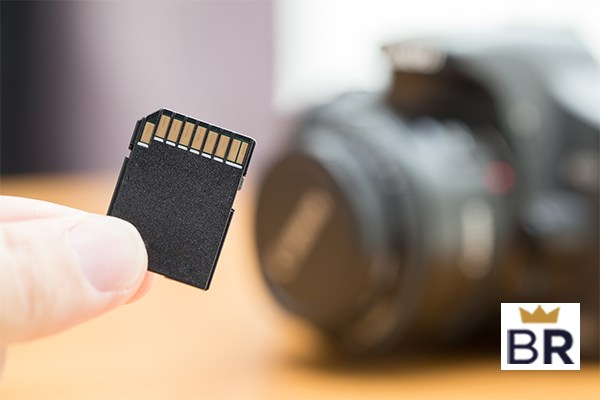 We note which UHS class SD cards utilize, as this impacts compatibility and peak speed. 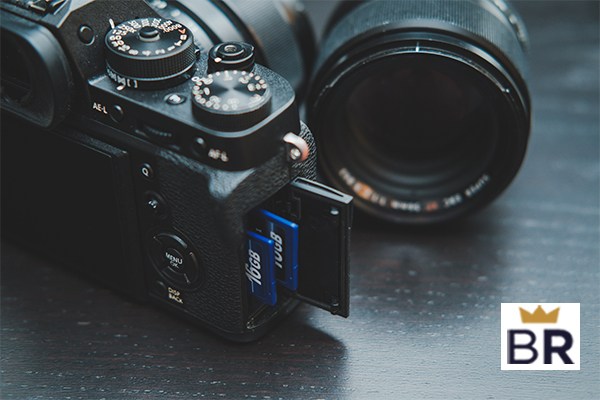 We keep real-world benchmarks in mind as we scrutinize SD memory cards for speed and reliability. 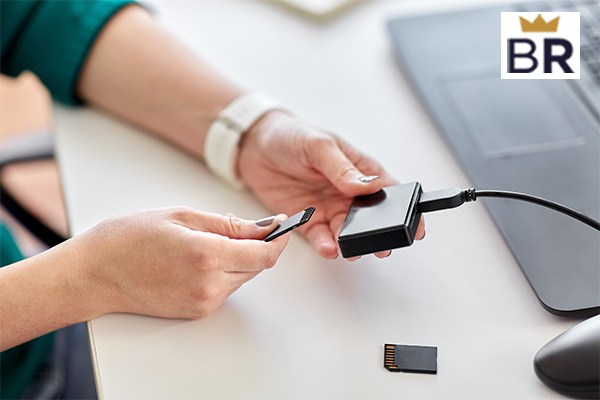 We look at SD memory cards with a host of memory capacities, from 16 GB to 1 TB. 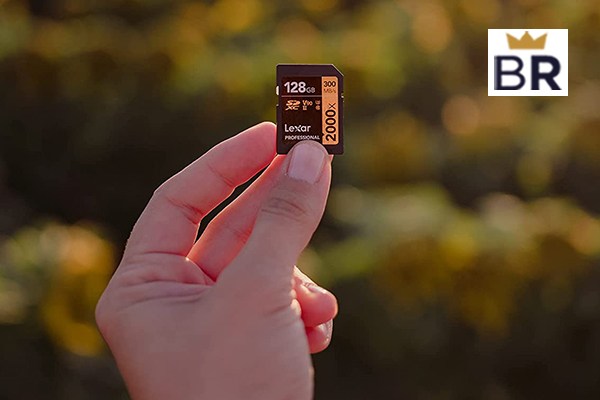 We spend time exploring products from reputable SD card manufacturers who are known for quality and reliability. 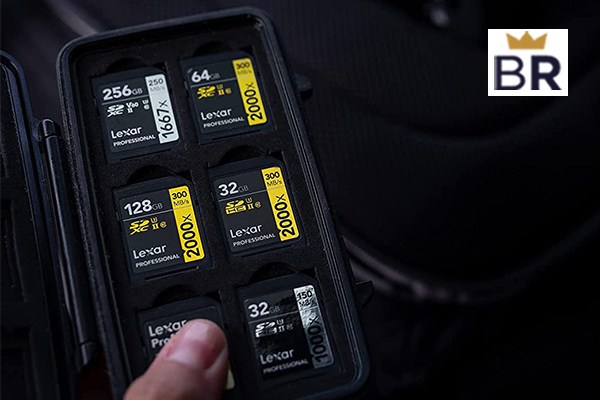 We strive to find the most reliable SD memory cards. As such, we look into the mean time between failure and projected write cycle lifespan of each model. 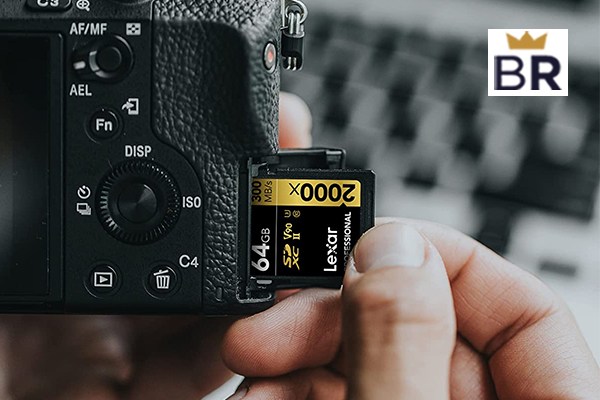 When researching SD cards, we seek read and write speeds that can support today’s high-performing devices. 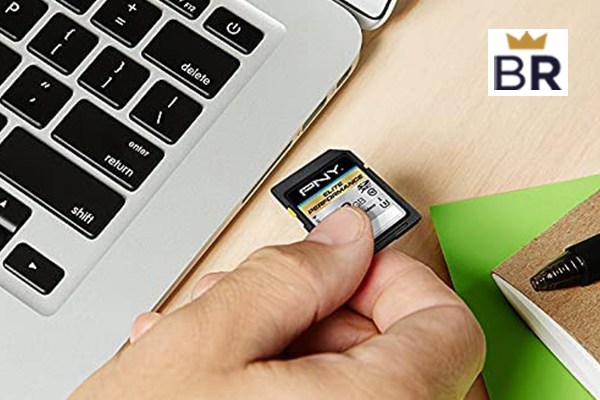 We note the speed class and input/output operations per second of each SD card that we research. 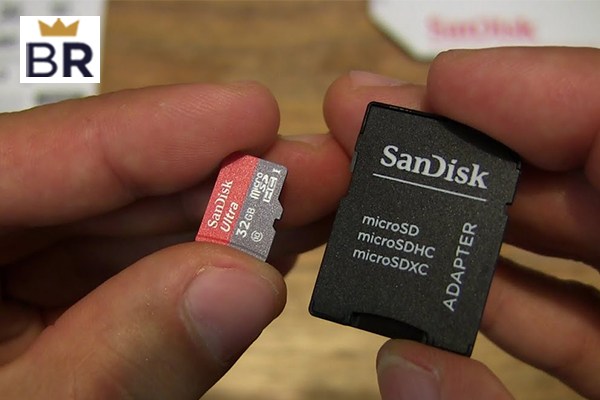 We dig deep into the specifications of each SD card, presenting that information so readers know whether they need a full-size model or could get by with a microSD card. 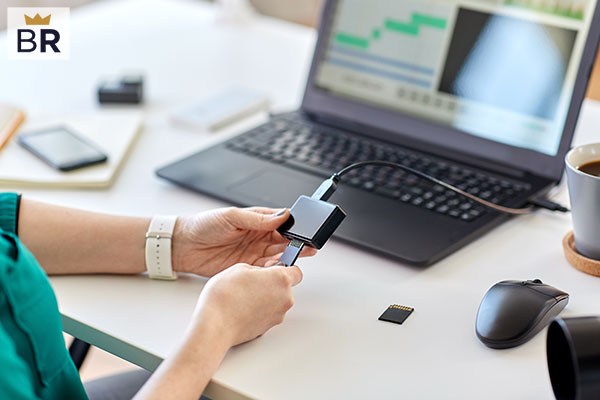 We consider how SD cards are formatted at the factory so you know which operating systems they support and whether reformatting would be needed before your first use.

If you interact with SD memory cards a lot, the right accessories can make a big difference. Here are the extras we recommend picking up when you buy an SD memory card.

Many photographers buy several SD memory cards, and then cycle through them on a regular basis. If you’ve got more than a handful of SD memory cards, an organizing case can help make sure none get lost, and the ones you need most are always accessible.

"Some SD memory cards have built-in WiFi, so you can manage content without having to physically remove the card. Wireless SD memory cards are definitely some of the priciest around, but if you prefer convenience (or you lose SD memory cards a lot), a wireless card is a sound investment."
STAFF
BestReviews

If your computer doesn’t have a built-in SD memory card reader, then getting one is essential – you won’t be able to transfer your files without it. Most USB card readers have multiple ports, so buying one has the added bonus of expanding your computer’s connectivity options.

If you’ll be using your SD memory card to make copies of the photos on your phone, you’ll need a smartphone memory card adapter. Just make sure the one you buy is compatible with your phone’s USB port.

Did you know?
Some smartphones use microSD memory, which requires a specific type of SD memory card. MicroSD cards function identically to normal SD memory cards, but they’re much smaller. A microSD card can be used with an SD memory card adapter, which allows it to work with standard SD memory card ports and accessories.
STAFF
BestReviews

In general, SD memory cards don’t cost a lot, but it’s still important to know how to spot the difference between a bargain and a gimmick. Here’s what to expect price-wise.

In this price range, you’ll find SD memory cards that look like bargains, but typically aren’t. These SD memory cards are usually short on either storage or performance. If you need an SD memory card in a short-term situation, you can find an adequate budget model. But if you want a fast card with plenty of room, you’ll need to spend a little more.

These cards are the best bargains in SD memory cards. In this price range, you’ll want to consider your priorities. If you want a fast card with a moderate amount of storage, look on the lower end, but if you need a card with a lot of space, you should expect to spend closer to the $100 mark.

At the high end, you’ll encounter SD memory cards with massive amounts of storage, blazing speeds, and innovative features like built-in WiFi. If you need SD memory cards for professional use, these are the cards you should look at.

Expert Tip
If you own an iPhone, buying a lightning to SD card adapter can be a great way to get your photos off your phone and onto a memory card. Even if you want to keep copies of your photos on your iPhone, having copies of them on a memory card is a convenient backup option.
STAFF
BestReviews 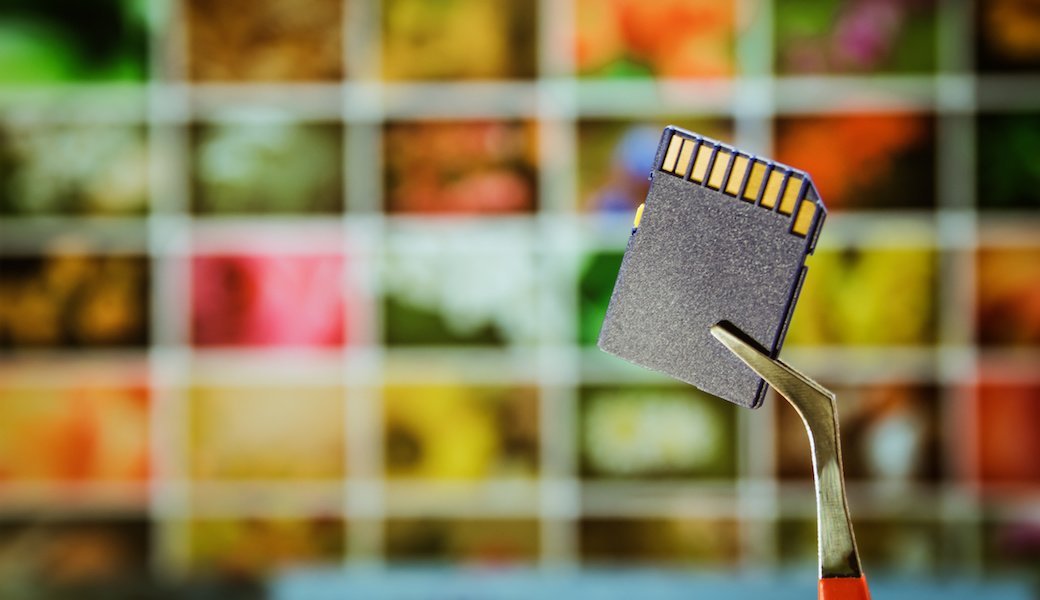 All SD memory cards are given a class rating from one to 10, which indicates how efficiently the card functions when transferring data. For the fastest performance, buy a class 10 SD memory card.

A. Most data will be safe on an SD memory card for up to 10 years from when you first buy the card. However, SD memory cards do degrade over time, so it’s best to make backup copies of your content on an ongoing basis. It’s possible to extend the life of an SD memory card by using a computer to reformat the storage. Reformatting essentially resets the clock on decay, but it also wipes out everything on the card, so you’ll need to perform a backup beforehand.

Q. How do I get data off an SD memory card?

If you buy a WiFi-enabled SD memory card, follow the manufacturer’s instructions for transferring content from the memory card to a device over your WiFi network.

Q. Is an SD memory card the same thing as an xD-Picture Card? 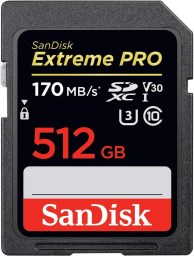 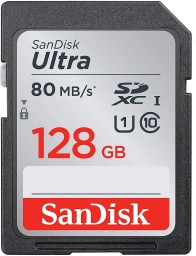 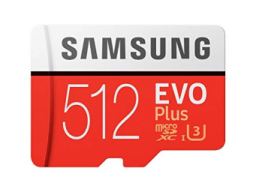 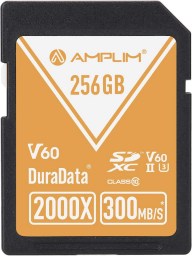 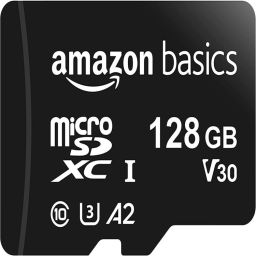 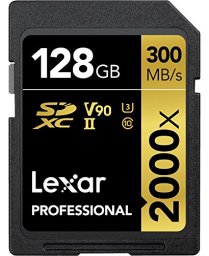 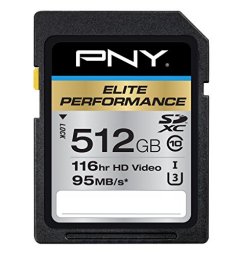 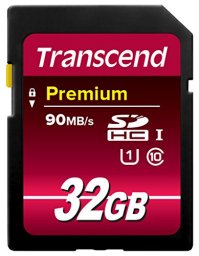 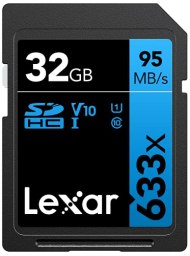 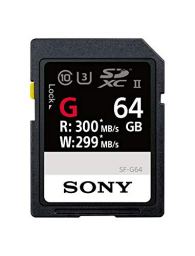