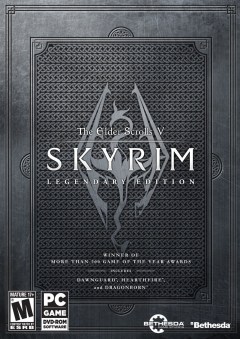 A classic fantasy and medieval RPG world packed with missions and interactable characters.

Dragon fights, siege combat, and dungeon exploring. Create any character you desire from a stealth archer to a warrior. Enough content to have you playing for over 120 hours.

Even after 2 major updates, the game still has a lot of glitches. 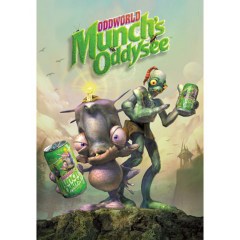 A goofy, tense, and absolute brain-teaser of a platforming adventure that will keep you on your toes.

Visuals may seem dated for some players. 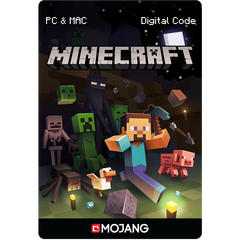 The highest selling game of all time, offering an open world where players can control what they want to do.

Infinite world, meaning you will never run out of places to explore. Base building aspect allows players to construct massive structures and complex contraptions. Survival crafting or creative mode.

Survival mode may be harder to learn. 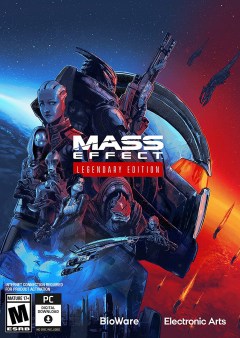 With its deep storytelling, compelling cast, and exciting battles, you won’t want to stop playing until the end. 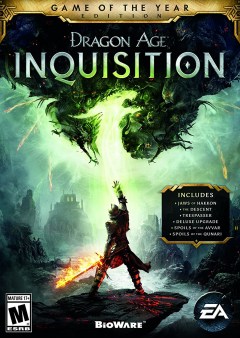 An award-winning game where each choice your character makes will change the outcome going forward.

Offers many upgrades and deluxe features, allowing you to customize the game. This particular version contains numerous add-ons and special items. Allows for cooperative play.

Some problems with chunky graphic performance in gameplay.

If you think your computer is a machine that’s best made for work, and that you need a gaming console for the best gaming experience, you’re partially right. Computers do perform very well for the business professional. But personal computers can also be made into impressive tools for playing your favorite PC games.

The computer may not be devoted solely to gaming like a PS4 or an Xbox One console, but it has some significant advantages over consoles. By gaming on a PC, you can upgrade the hardware as needed, creating the perfect machine for the types of games you like to play. Once you have a computer that’s ready for gaming, you need to purchase gaming titles that are made specifically to run on a PC. The title that you bought for your gaming console isn’t going to work on your computer.

We can help you find the best PC games on the market today. 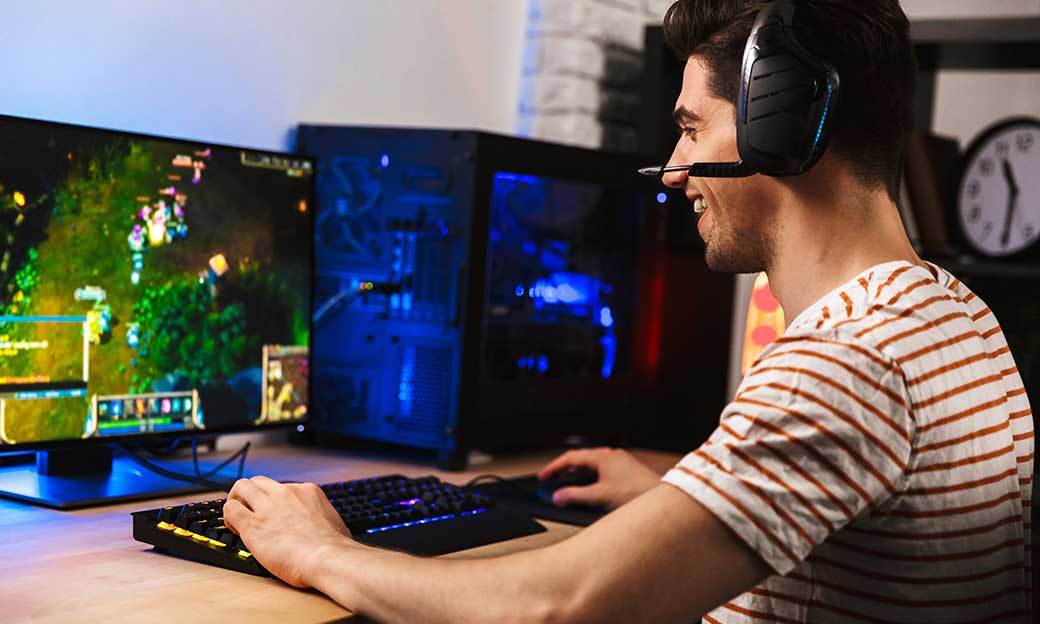 When you’re looking PC games, there are quite a few places to shop. Here are some tips to help you figure out how to find the best PC games.

When purchasing a game for your PC, it needs to have a specific PC designation. When downloading or ordering games online, for example, you may see a drop-down box that allows you to select the platform you’ll be using, whether that’s a gaming console or a PC. Some games show “PC” in the title on the ordering page. Others have a “PC” logo printed on the front of the box. If the game doesn’t specifically say it’s a PC game, don’t assume it will run on your computer.

You can purchase some PC games in a box that contains an optical disc with the gaming software. Some of these boxes also include collector’s items or figurines, which some players like. If you purchase a game on a DVD or CD, you need to have a computer with a DVD or CD drive.

Certain titles enable you to download the software immediately upon purchase. You also receive a code that allows you to unlock the game. You can then store the game on your computer’s hard drive, giving you access to it whenever you want to play.

There are multiple genres of PC games on the market. If you enjoy playing a certain game, you may enjoy similar types of games, so it pays to understand the various genres available.

Action adventure: This is a broad gaming designation that combines action with problem solving.

Battle royale: This is an online multiplayer game that follows the elements of survival gaming.

First-person shooter (FPS): This is a popular gaming format in which the player fights with computer-generated foes, seeing everything through the eyes of their game character.

Horror/slasher: Similar to the survival genre, these games often have a horror/slasher movie theme (with a lot of gore).

Massively multiplayer online (MMO): This type of game can involve thousands of online players working together or fighting each other in the game’s digital world.

Race: This type of game involves racing cars or other vehicles, either against other players or against a computer vehicle.

Real-time strategy (RTS): This type of game involves defeating opponents using strategic moves, but the players do not take turns.

Role-playing game (RPG): In this type of game, each player assumes the role of a character in the story.

Simulation: This type of game allows players to simulate a real-world situation.

Sports: Players compete against others in various sports, taking on the role of the athlete, coach, or both.

Survival: This type of game involves trying to be the last player to survive, battling monsters, other players, or difficult conditions.

Turn-based strategy (TBS): Players in this type of game use strategy to defeat opponents, but players take turns before launching their strategies.

"Some people enjoy the challenge of building a high-quality gaming PC, which allows them to choose specific components."
STAFF
BestReviews

Prices for PC games vary quite a bit. You can pay anywhere from $10 to $75 for one gaming title.

To save a bit of money, select a downloadable version of the game rather than ordering a DVD or CD version. With the majority of game stores, your purchases are saved and linked to your account, so if your computer crashes, you can still gain access to your games to download again.

You also can save money on certain game titles by purchasing them two or three years after they’re introduced. Game makers may discount older titles as they introduce new titles.

As you play certain games, you may be offered a chance to buy things (called in-game purchases or microtransactions). These may move you forward a level or give you access to a new weapon or favorite character, for example. If you have a credit card on file with the game company, you can complete the purchase quickly, barely interrupting your gameplay. However, microtransactions are a source of controversy in the PC gaming community. Many users appreciate the opportunity to enhance the gaming experience with these purchases. Others report spending hundreds of dollars on these in-game purchases, almost without realizing it.

When shopping for PC games, especially if you’re shopping for children, you want to understand the game-rating system.

The Entertainment Software Rating Board (ESRB) rates games in the United States. These ratings are made to help people know if certain games have mature themes that may not be appropriate for children. Each game title should have an ESRB rating printed clearly on the box or the webpage where you order the game. The ESRB rating system does not apply in other parts of the world. 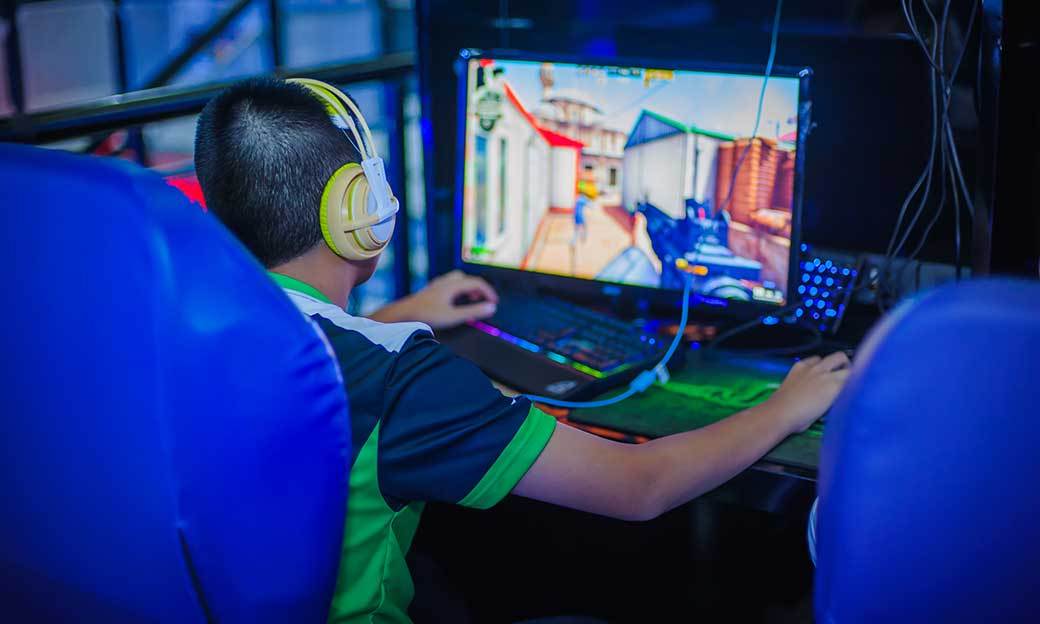 If you’re having trouble running a particular game on your computer, make sure you’ve downloaded all the latest updates to your operating system.

Q. Are all of my favorite console games available for the PC too?
A.
Not necessarily. Some game designers only create games for a particular console and don’t create PC games. Others create versions that run anywhere. To run a particular game on your computer, it has to have a PC version. You can’t run a PS4 version on a PC.

Q. How can I capture game footage to share with my friends?
A.
With a Windows 10 PC, press the Windows key and the G key to open the Windows 10 Game Bar. From here, you can specify selections for a variety of gaming settings, including recording your gameplay.

Q. What is the fastest and most efficient way to improve my gaming experience?
A. If you’re still using hard disk drive (HDD) technology in your computer, you may want to upgrade to a solid-state drive (SSD). An SSD delivers a faster means of storing and retrieving data than an HDD, which will improve your gaming performance quickly.

Q. What are some hardware add-ons I can use with my PC to have more fun with gaming?
A. You might want to invest in a keyboard and mouse that are made specifically for gaming. These devices withstand a lot of use (and some abuse) while you’re gaming, so they need to be durable. They also need excellent responsiveness. A new set of speakers is a nice add-on, although you may prefer a high-quality gaming headset. 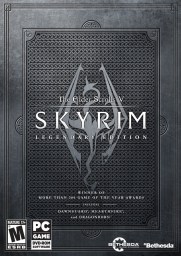 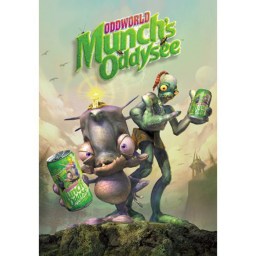 Best Bang for the Buck
Oddworld Inhabitants
Oddworld: Munch's Oddysee
Bottom Line
A goofy, tense, and absolute brain-teaser of a platforming adventure that will keep you on your toes.
Shop Now 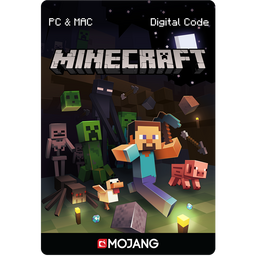 Top Pick
Mojang
Minecraft Java Edition
Bottom Line
The highest selling game of all time, offering an open world where players can control what they want to do.
Shop Now 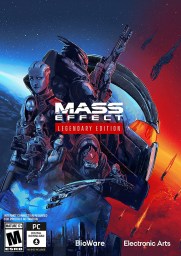 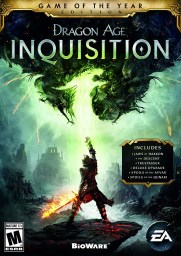