A model that is sturdy and powerful with steel components and overclocking capabilities.

On the expensive side of the price range. 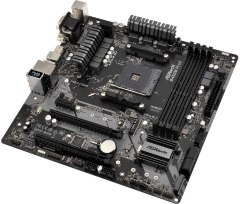 A durable and affordable option with midrange memory and speed.

AMD B450 chipset with a memory speed of 2400 MHz. Runs on Windows 10 operating system. Features 64 GB of memory storage with a RAM of 64 GB. Has 4 memory slots and the CPU Socket is Socket AM4.

Only 1 channel works at a time when using maximum speed. 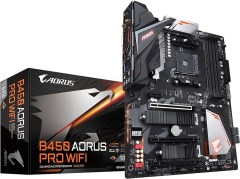 A powerful, easy-to-install, and cool-running option with fast WiFi. 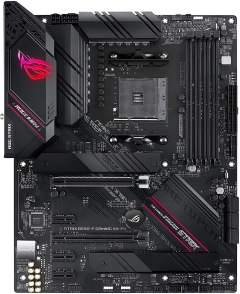 A fast model with larger memory frequencies and less lagging.

Installation could be challenging. 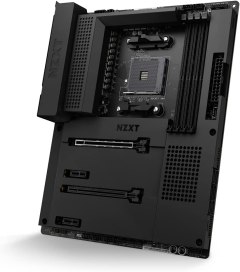 Some reports of items malfunctioning.

If you’re a DIY person who likes vehicle or home improvement projects, you know that having the right tools on hand is extremely important. If your DIY bent extends to the world of computing, the right tools remain important. And the key tool to making a computer work the way you want it to is the motherboard.

Think of the motherboard as the nervous system of the computer. Every component in the PC connects to the motherboard, receiving signals. And the components are able to communicate with each other using the motherboard. If you’re planning to build a computer or if you want to give your current PC new life, a new motherboard is the place to start.

Granted, installing a new motherboard isn’t for everyone. But even if you’re hiring a company to build a PC for you, it pays to know what types of motherboards are available. 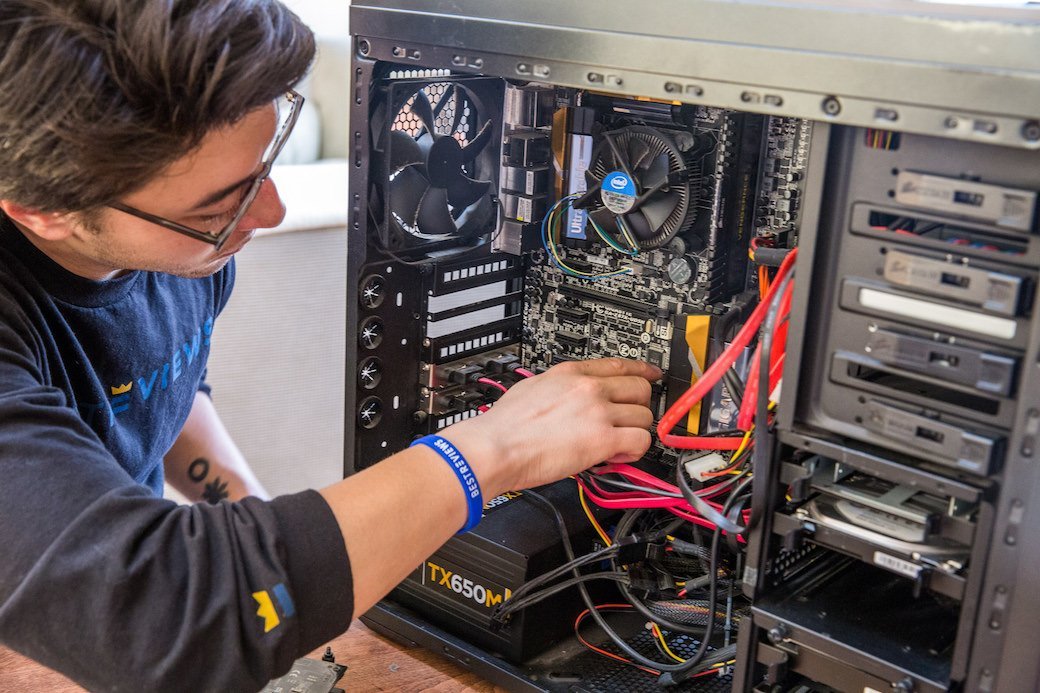 Having the ability to overclock is a good reason to build a DIY computer. Overclocking is the act of pushing the processor and memory chip speed past what they can achieve out of the box.

Before you can select a motherboard for purchase, you need to make a few key choices. These choices narrow the model of motherboard you can use, and they play a critical role in determining the size, power, and components in your final edition of the computer.

Both desktop and laptop computers make use of a motherboard. However, if you’re building your own computer, you’re probably going to have to stick to a desktop format. Because laptops are so thin, it can be difficult to fit all of the components into the case with a DIY computer. Most laptop motherboards incorporate customized designs rather than being mass produced. For that reason, most motherboards for sale, such as the ones in our product list, are aimed at desktop computer builders.

The processor socket determines the size and type of CPU (Computer Processing Unit) that you can use.

If you’re purchasing a newer, common CPU, it should fit in a variety of motherboard form factors. Intel and AMD brand CPUs would fit this description.

Some motherboards make use of ARM brand CPUs, such as the Raspberry Pi 3 Model B. But ARM processors, in general, are designed for environments where conserving electrical power is important. CPUs from Intel and AMD tend to offer more features and tend to have more processing power.

If you’re looking to create a powerful gaming computer, you need to ensure it has support for multiple graphics expansion cards. It will need the proper number of PCI-e x16 expansion slots. And those slots need to be able to support AMD and Nvidia’s protocols for using multiple graphics cards.

Along those same lines, if you want high-end audio capabilities in your gaming computer, make sure the expansion slots can handle the type of audio card you want to use. In our product list, the MSI Gaming Intel Skylake B150 motherboard is an excellent choice for gamers.

Determining which form factor you want to use with your computer will determine the motherboard size. If you already have a case in mind, you’ll need to buy a motherboard that will fit in it. The size of motherboard you select also determines how many expansion slots fit on it. The most common form factor options are as follows, listed from largest to smallest:

The chipset fits on the motherboard and works with a particular CPU. So you’ll want to select a processor and compatible motherboard first and then pick a chipset that goes along with them. A chipset determines the number of memory channels you can use. It offers support for a certain number of PCI-e lanes, SATA ports (through which you connect hard drives), and USB ports, and it also provides support for any overclocking options. In addition, it determines the type of memory you can use.

Different motherboards offer a variety of slots to accommodate memory chips, also called RAM (Random Access Memory) chips. For longevity of your system, it’s helpful to select a motherboard that can use four memory slots versus the two slots smaller boards use. Expanding the amount of RAM the computer has is a good way to improve the performance of the computer after a couple of years. If you need a smaller form factor motherboard, though, you can upgrade the RAM chips in the two memory slots down the road.

If you are going to build a really powerful PC, make sure you plan for a proper cooling system. Excessive heat is dangerous to computer components and to the motherboard itself. So any motherboard layout you pick needs to be able to accommodate the proper placement of cooling fans and strong air flow.

Did you know?
RAM is the temporary memory area where the computer holds software it’s currently using. This is not like the hard drive, which is a type of permanent storage.
STAFF
BestReviews

Here’s what you can expect to find, feature-wise, at several different price points:

Don’t expect to find a lot of high-end features in these motherboards. Even things like integrated WiFi aren’t found on many of the boards in this price range. You’ll probably end up with fewer expansion slots in these budget boards, too. But if you’re someone who only wants a simple PC for web browsing and e-mail, a low-priced motherboard is perfectly fine.

In this price range, you’ll certainly have more options for integrated components, including WiFi. If you want to use multiple graphics cards, you should be able to do so with these boards. You can find quite a few expansion slots on these motherboards, too. Basic gamers and those who need the flexibility to upgrade their PCs down the road can usually find a suitable motherboard in this price range.

Those who are looking to significantly customize their motherboards are going to want to stay in this price point. You’ll be able to overclock your processors. And you’ll receive the most RAM slots and expansion card slots with these boards. High-end gamers and video editors will need these types of motherboards. 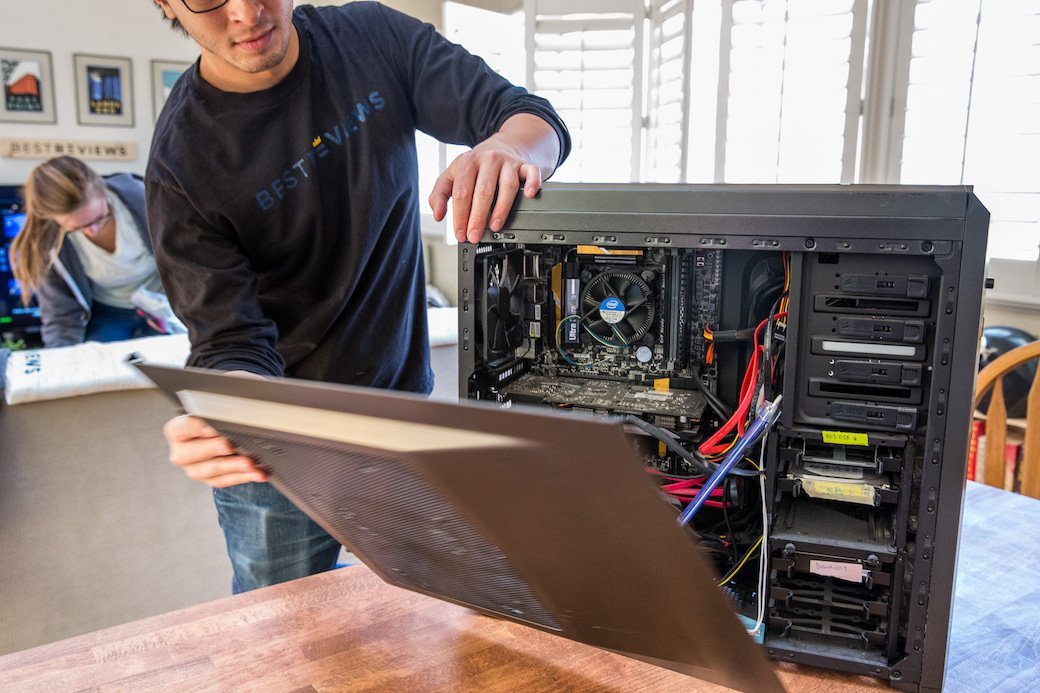 Some motherboards ship with integrated chips installed on the board. Integrated chips can handle basic graphics, audio needs, and WiFi connectivity, saving you some money on expansion cards.

Q. When upgrading a motherboard, what do I need to know?
A.
Start by selecting the type of processor you want to use, and make sure the CPU socket on the motherboard is compatible with it. If you need more flexibility in terms of RAM slots and expansion card slots, look for a large form factor. All of the other choices for computing components you need to make can fill out from there.

Q. How do I set a budget for my DIY motherboard project?
A.
It can be confusing to set your budget for building a computer from scratch. You will have far more expenses than just purchasing the motherboard. You’ll also need to purchase a processor, a chipset, memory chips, and expansion cards. So before selecting the type of motherboard you want, make sure that all of the components you need will fit inside your total budget. There’s no point in buying a pricey motherboard if you can’t afford enough components to take advantage of it.

Q. How do I know if I can replace a broken motherboard in my current computer?
A.
As long as you can still buy the same form factor of motherboard and CPU socket to match the broken one, you can replace it. (By replacing the motherboard in a current PC, we’re assuming that you’re planning to reuse many of the components on the current motherboard.) Just understand that it can be difficult to reseat the old components in the new motherboard. It’s often easier to start from scratch with new components. With some patience and know-how, though, this process can be completed successfully. 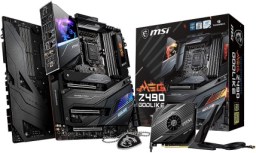 Best of the Best
MSi
MEG Z490 Godlike Motherboard
Bottom Line
A model that is sturdy and powerful with steel components and overclocking capabilities.
Shop Now 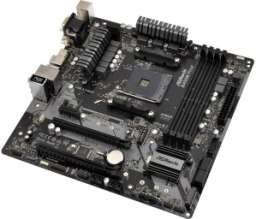 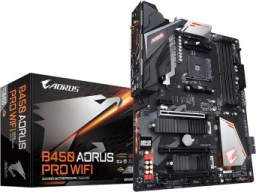 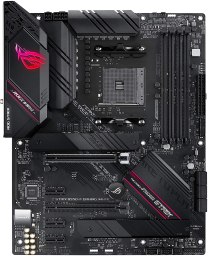 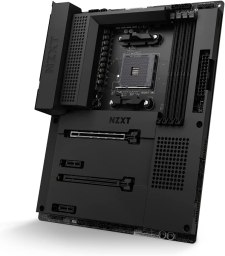