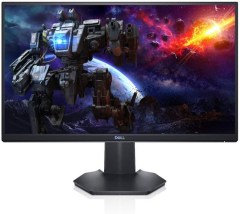 This LED monitor offers a 1-millisecond response time, making this ideal for gamers that need a monitor that keeps up with their game.

Connecting via HDMI, this LED monitor provides HD resolution and pristine response time so games look vivid and smooth during gameplay. Vents built into the back of the monitor keep it from overheating during extended use and an adjustable stand lets you move this monitor where you want.

Some shoppers found they had to calibrate display settings upon first using this monitor. 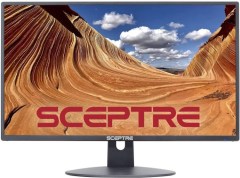 An LED monitor that includes all the features you need for a gaming setup, office or personal home computer display.

Made with built-in speakers, 75hz refresh rate and HD quality resolution, this monitor is great for an array of uses. A sleek and slim wall mountable stand makes this versatile, allowing users to keep this on the desk or wall and an anti-flicker background keeps the image clear and seamless while in use.

Other buyers found the speakers were lacking in sound quality and recommended external speakers if sound is a priority. 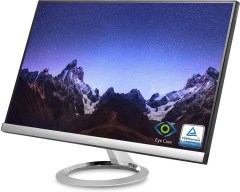 This LED monitor has a sleek, slim style that features a frameless design. Ideal for minimalistic styles or compact desk spaces.

Offering a variety of connecting ports, this monitor is compatible with an array of devices and has an adjustable stand so you can move the screen to match what you need it for. Designed with eye care in mind, this monitor is anti-glare, offers blue light filters and is flicker free.

Some shoppers found this was better suited for work and light use rather than gaming. 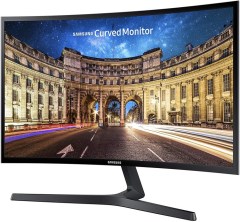 The curved display of this monitor provides an immersive, full viewing experience that’s ideal for streaming or gaming.

This LED monitor has a 4ms response time, making images stream flawlessly while a blue light filter can be turned on to reduce eye strain during extended screen time. FreeSync technology helps keep latency issues at bay during gaming or streaming.

This monitor does not include built-in speakers and an external speaker system would be needed. 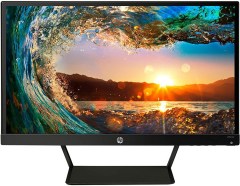 This user-friendly monitor is particularly good for those who suffer from monitor-induced eye strain.

Providing full HD resolution, images are crisp and clear to view and a 7ms response time makes streaming videos seamless. Offering a number of eco-friendly features, good value, and good quality color, this monitor is a great starter monitor. VGA, HDMI, and HDCP inputs make this compatible for most devices, making it easy to set up.

Some buyers claim durability issues, with pixels dying out early on. This is a great starter monitor but may not be built to last.

LED monitors, or “flat screens” as some people call them, were slightly futuristic when they first appeared. Unfortunately, computer monitors using LEDs (light emitting diodes) didn’t have much in the way of resolution and responsiveness in the beginning. That’s all changed. Now they’re high-res, space-saving screens that can be used for high-end PC gaming or watching movies in addition to running all your normal apps.

As with all things electronic, prices have dropped considerably while resolution, speed, and color depth have increased. Screen sizes range from 19.5 inches to 27 inches and can be flat or curved. The curved monitors are supposed to help reduce eye strain.

LED monitors bring a lot of benefits with them, not the least of which is lower energy requirements. There’s no burn-in like there was with the old CRT monitors, either. Regardless of what you need – more landscape for big spreadsheets or fast refresh for high-end first-person shooters – there’s an LED monitor out there for you. 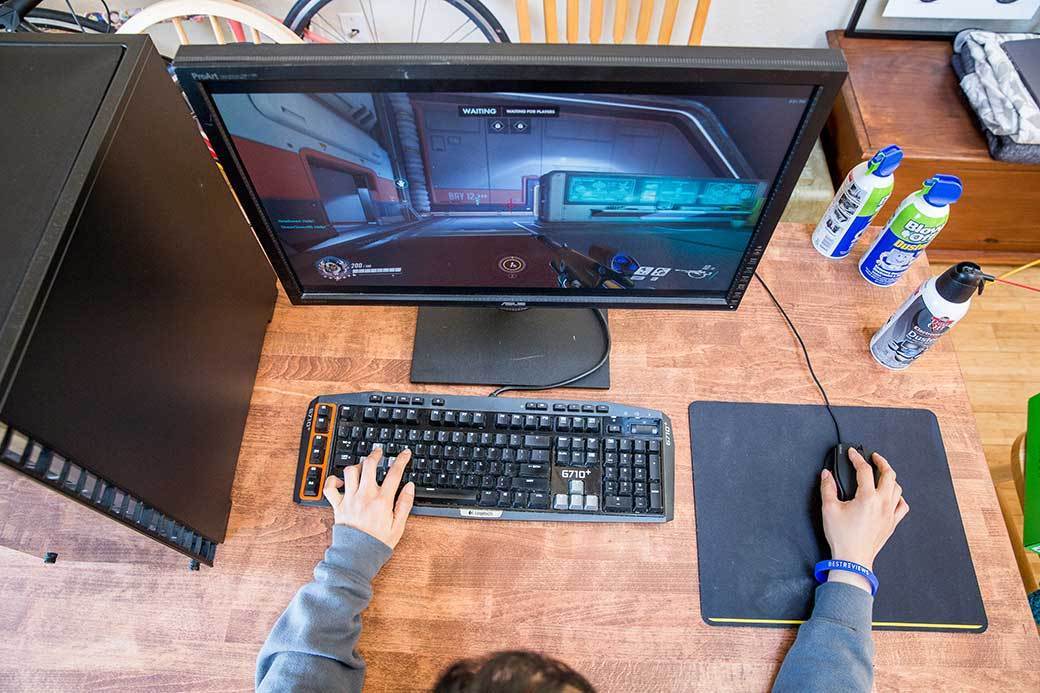 The highest resolution currently available for LED monitors is 3840 x 2160. The prices are $400 and up for that kind of resolution.

You need to consider a number of things before deciding which monitor you’re getting. Go down the list and examine each one in turn. It will give you a much better idea of which monitors to consider.

First, you need to know what video connections your computer has on it. If you only have an older VGA connection then you won’t be able to use the larger, faster monitors since they normally require HDMI. Modern computers typically have at least one HDMI or DVI connector. Some have a DP (display port) connection on them.

There are adapters available but there is always some resolution or refresh loss when you’re using them, regardless of what the manufacturers claim. You’re better off using connections that are native to your system.

LED monitors use less real estate on your desk front-to-back than the old CRTs, but take up more room side-to-side. A 27 inch monitor sounds great until you have to make space for it on your desk. Depending on your circumstances, a 24 inches or even a 22 inch screen might be better.

You should consider the height as well. Flat screen monitors require a stand which can add three to four inches to their height. If you have an upper shelf on your desk, measure it just to be on the safe side. Also, you should be aware that the base of the stand can add four to six inches to the depth as well.

Did you know?
DP (DisplayPort) has twice the bandwidth of HDMI and can daisy chain devices that are configured for it. However, it’s a newer standard then HDMI and hasn’t caught on as much.
STAFF
BestReviews

The resolution on computer monitors (LED or otherwise) is measured in pixels. All other things being equal, a 21 inch monitor with 1920 x 1080 pixels is going to look better than a 27 inch monitor with the same resolution. That’s because it’s packing the same number of pixels into a smaller area, which means the pixels themselves have to be smaller.

When you’re sitting too close to a large screen you’ll start being able to make out the individual pixels. Images and videos will look blocky or “pixelated.” If you want a very sharp image and plan to watch a lot of vivid content on the screen, it may be worth spending more for higher resolution.

The response time for LED monitors is a measure of how fast the individual pixels change from one shade to another. Since one frame will stay on the screen for 17 milliseconds on a 60Hz monitor, pixels need to change faster than that. If they don’t, you’ll experience ghosting or blurring during fast changes on the screen. This will be especially noticeable during high-resolution games or videos.

The old CRT monitors had a convex surface that curved slightly outward. This was required due to the nature of the cathode emitter at the back of the tube which fired from a central location. Without the curve, the dots (pixels) at the edges of the screen would have been elongated instead of round.

LED monitors don’t suffer from that limitation since there is an individual LED for each pixel; therefore, they’re flat. As screens became wider, the limitations of human eyesight began to make themselves known.

People see the world in three dimensions, but flat screens only display two. As a result, your eyes naturally focus on the center of the screen, losing focus on about an eighth of the screen on either edge. A curved, concave screen focuses the eyes more naturally.

"LEDs were invented in 1961 but weren’t used in monitors until 1977. They were mainly used for small laptops and children’s toys."
STAFF
BestReviews

Monitors under $100 are available anywhere from 19 inches to 24 inches at the top end of the scale. Some even have built-in speakers. 1920 x 1080 is the most common or standard resolution, even in the lower price bracket.

This is where you’ll find monitors over 25 inches with 2ms response times and curved screens. Resolutions of 1920 x 1200 start appearing here also.

There’s no real upper limit to prices here at the top. This is where you’ll find ultrawide screens, 3440 x 1440 resolutions, and customizable controls. 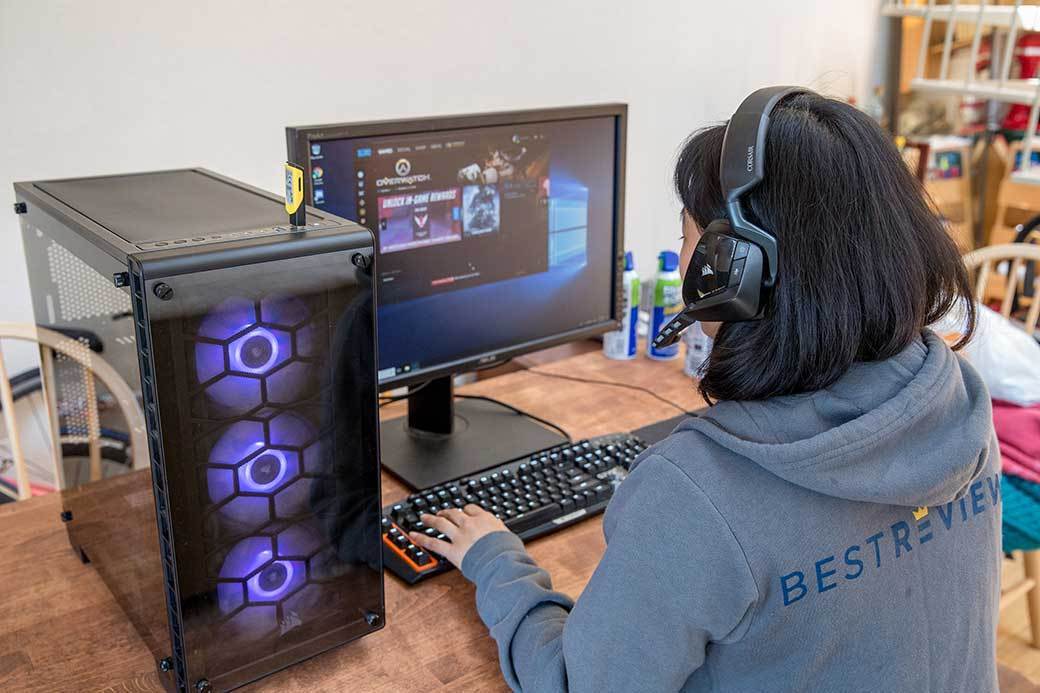 LED monitors can contain lead and mercury. Be sure to check the local recycling laws in your area before you throw an old monitor in the trash.

Q. There is no display on my screen. What do I do?
A.
Make sure the monitor is on. There should be an indicator light on the bezel of the monitor, usually along the bottom. If there is no light, the monitor may be turned off or may have come unplugged. Some monitors have an automatic power off mode if the computer goes to sleep to conserve energy. Press the spacebar or move the mouse to wake the computer up.

Q. What is the lifetime of an LED monitor?
A.
This is a little harder to answer than you might think. LED monitors are solidstate electronics. There are no moving parts. They generate heat internally, though, which gradually wears down the components. A ballpark estimate of two to three years is the average lifespan. Some people have LED monitors that are still going strong after six years or more, so you might have the same thing happen to you.

Q. Should I repair my monitor or replace it?
A. Replace it. Unless it’s brand new and still within the manufacturer’s warranty, it will almost certainly cost more to repair than it will to buy a new one. The prices have come down so much it doesn’t make sense to do anything else. 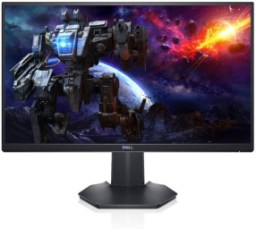 Best of the Best
Dell
FHD Gaming Monitor
Bottom Line
This LED monitor offers a 1-millisecond response time, making this ideal for gamers that need a monitor that keeps up with their game.
Shop Now 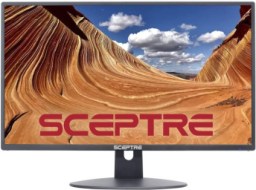 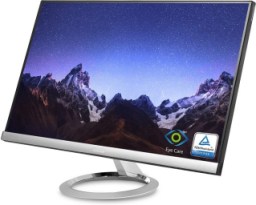 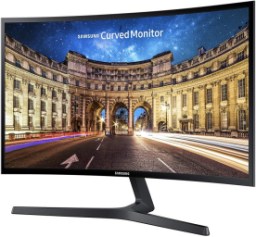 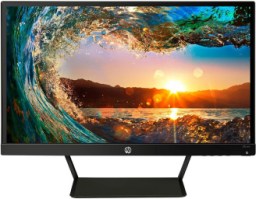