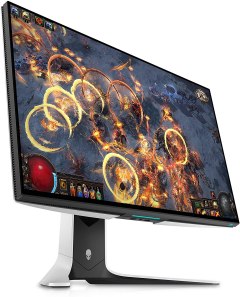 Its stand has a surprisingly wide base. 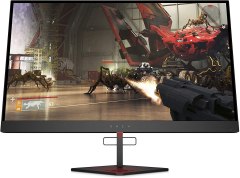 This Omen gaming monitor’s premium color range will let you experience your games as they were meant to be seen.

Its viewing angles could be a bit wider. 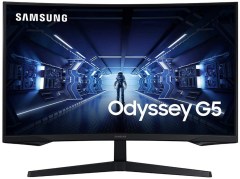 Its stand could be more flexible. 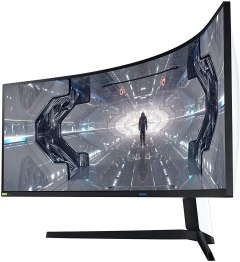 This Samsung gaming monitor is worth the investment for enjoying your favorite PC games at their absolute best. 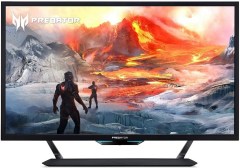 Boasting a fairly large screen and stellar resolution, this is a great gaming monitor for the price.

Remote does not include batteries.

Video game platforms like the Xbox and PlayStation are great, but because they only release new hardware every 5-10 years, they’re often left behind by new evolving technology after the first 18 months. Gamers who need to live on the bleeding edge of technology turn to PC gaming, where they can always buy or build a computer gaming rig with the latest specs.

But when it comes to building PC gaming setups, the crown jewel is the monitor. The monitor controls all of the visual aspects of games, from the resolution to the contrast ratio (and everything in between), so it’s important to pick the right one to make the rest of your hardware shine.

Picking the right monitor means knowing what you’re looking for, and what your favorite games require — for example, many triple-A gaming titles can run in 4K resolution, and some even support High Dynamic Range (HDR), so they can produce ultra-sharp, perfectly colored imagery.

If you’re ready to find the perfect monitor for your PC gaming rig, or if you just want the most versatile monitor you can find, you’re in the right place. Let’s dig into everything you need to know about gaming monitors. 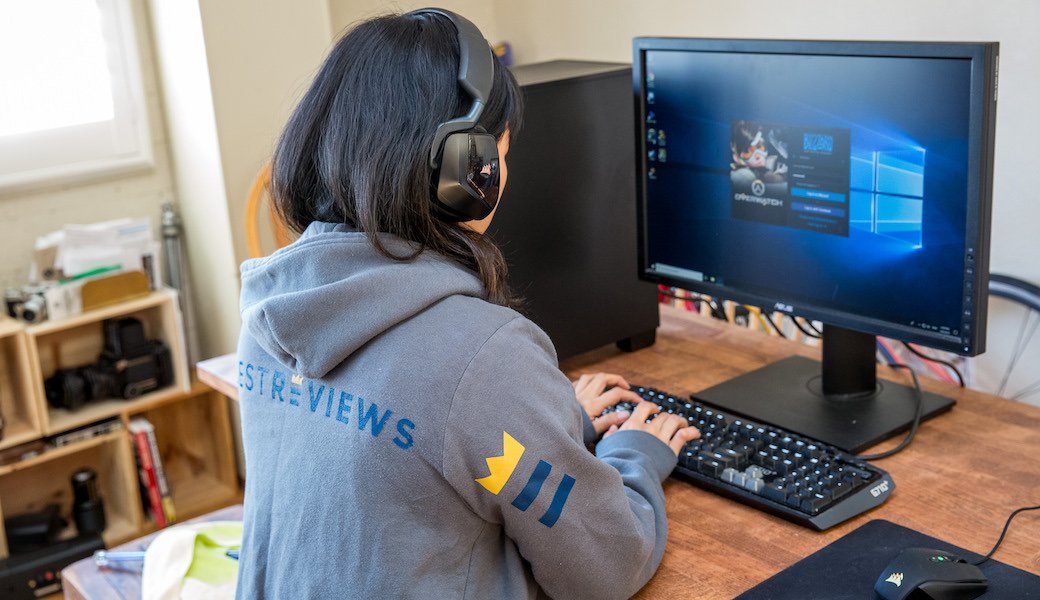 A lot of monitor specs are a jumble of acronyms, numbers, and made-up marketing words, but there are a handful that really matter. Here are the most important features:

The single factor that will affect game play the most is how big the screen is. The “right” size will vary by player, but most players consider monitors under 27 inches to be inadequate for PC gaming. Most gaming monitors range in size between 24 and 32 inches, measured diagonally.

After the screen size itself, the most important monitor attribute is resolution, or how many pixels can be displayed on the screen at once. Modern PC games are built for extremely high resolutions, and a high-res monitor is necessary for enjoying most games in the way the developers intended. In general, it’s best to get a gaming monitor that supports a minimum resolution of 2560 x 1440p.

Monitors function by constantly redrawing the screen that you see, and the refresh rate refers to how many times per second a monitor can redraw (or refresh) an entire screen. Refresh rates are measured in hertz (Hz), and most non-gaming monitors feature a refresh rate of 60 Hz. PC games look and perform much better on screens with higher refresh rates, so gamers typically opt for monitors with refresh rates of 120 Hz or higher. In general, for the best picture possible, it’s a good idea to buy a monitor with the highest refresh rate you can afford.

Response time is the measurement that reflects the amount of time it takes a single pixel to go from lit (active) to unlit (completely inactive, or black) to lit again. It’s essentially a measurement of how quickly individual pixels can change. When a monitor has a high response time, you’re likely to see “ghosting” (echos of things that were recently on the screen), which can be incredibly distracting while gaming. Make no mistake: response time has a big effect on gaming, and an inadequate monitor can be a significant disadvantage in some games. Most traditional monitors have a response time of 5 milliseconds (ms), but for gaming, look for a monitor with a response time of either 1ms or 2ms.

Gaming monitors typically have more connectivity options than traditional monitors, so they can accept a signal from a wider variety of sources. For example, many gaming monitors feature HDMI, DVI, and displayPort inputs, so you can connect them to anything without needing to use a clunky adapter. Before you buy a gaming monitor, make sure it has the right connectivity solutions for your PC’s video card.

HDR: High dynamic range, or HDR, is a feature found on many movies that vastly improves the colors, brightness, and depth of a screen’s image quality. Many movies on Netflix, Amazon, and Vudu are offered in HDR, and seeing a film in HDR can transform the experience. If you plan on using your gaming monitor to watch movies, consider splurging on a monitor that has HDR. The image quality will make your movies look nearly as good as your games.

Frameless displays: Some gaming monitors opt for the frameless look (sometimes referred to as “no bezel”), which maximizes screen real estate and provides a sense of elegance. Frameless displays aren’t just for looks, though. They’re perfect for multi-monitor setups, so you can place two or three next to each other to form one seamless landscape. If you plan on building a multi-monitor gaming setup, consider buying a frameless monitor.

USB hubs: Some gaming monitors have built-in USB hubs, so you can attach one USB cable between the monitor and the computer and then use the additional USB ports on the monitor itself. USB hubs are especially handy if your gaming computer is a laptop with a limited number of USB ports.

Gaming monitors can get pretty pricey, but if you’re careful, it’s not hard to find a bargain. Here’s what you can expect to get for your money when it comes to gaming monitors.

Inexpensive: Between $300 and $499, you’ll find entry-level gaming monitors that are decent but not amazing. Models in this price range typically have good features, with at least one critical flaw, so don’t be surprised if you see “bargains” on fast monitors that only display low resolutions. If you need a starter model, or you’re a more casual gamer, you don’t need to spend a lot, but if you’re playing to win, you’ll need to spend a little more than this.

Mid-range: Between $500 and $749, you’ll encounter the best values in gaming monitors. Monitors in this price range typically include high refresh rates, low response times, and additional video technology like AMD’s FreeSync. Competitive gamers will easily be able to find the right monitor in this price range.

Expensive: Between $750 and $1,200, gaming monitors are enormous and include every last bell and whistle. If you’re looking for a monitor that’s larger than 27 inches or an ultrawide monitor, expect the total cost to have a comma in it. 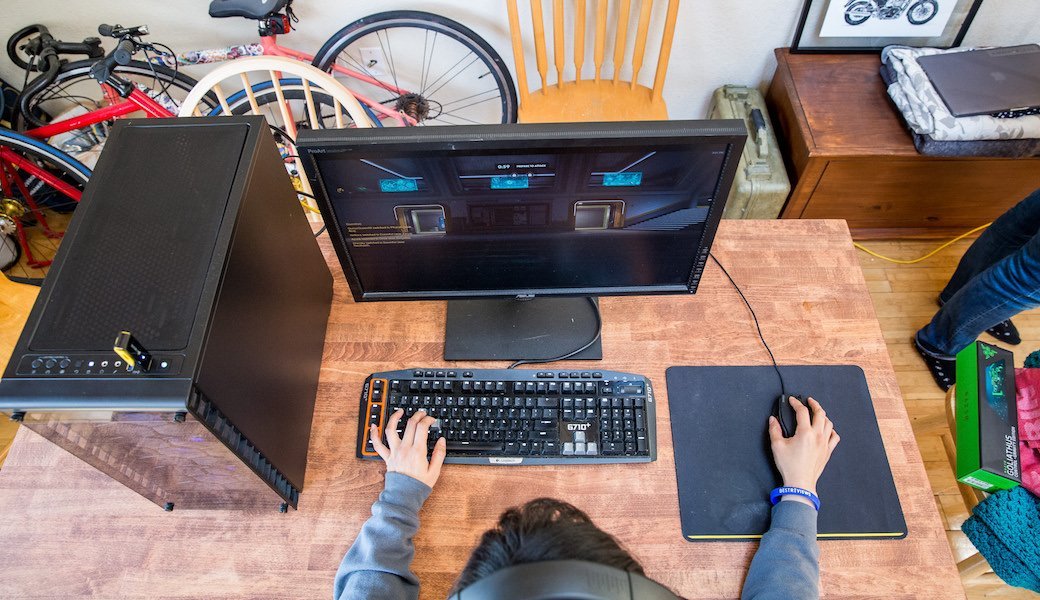 If the standard widescreen form factor of most monitors isn’t big enough for you, consider getting an ultrawide monitor. These are typically the same height as standard monitors but about twice as wide. If you love playing games with big landscapes, an ultrawide gaming monitor will take your enjoyment to a new level.

Q. Can I use a gaming monitor as a normal monitor if I’m not a gamer?

A. Yes. All gaming monitors are still monitors and can do all the things a non-gaming monitor can. With that said, if you don’t plan on gaming, a gaming monitor could be more than you need. You might want to save money by considering a traditional or curved monitor instead.

Q. Why do some monitors advertise G-SYNC or FreeSync? Is that important?

A. Some PC video cards include technology to help combat image problems by dynamically matching the monitor frame rate with the content being displayed. (If you’ve ever seen a picture where part of it is intermittently blurry or offset, your monitor might have been struggling to adjust to variances in the display rate of the video signal.) FreeSync is an open standard created by AMD for monitors to dynamically match content. Because it has no licensing fees, it’s found on many monitors. G-SYNC is the equivalent technology from graphics chipmaker NVIDIA, but G-SYNC is a proprietary, licensed technology that can drive up the cost of monitors. Both FreeSync and G-SYNC are good solutions, although gamers frequently debate which is better.

A. It depends who you ask. Curved monitors are designed to mimic the curvature of the eyeball, and, in theory, they involve your peripheral vision to create a more immersive experience. Some gamers swear by curved monitors, claiming that it can make some games feel like IMAX movies; others think it’s a gimmick that can cause problems with glare from nearby light. We’re big believers in curved monitors, but, admittedly, it’s a choice that should depend on personal taste more than anything else. 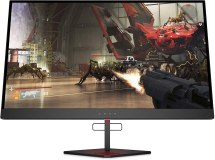 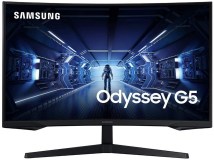 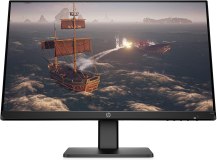