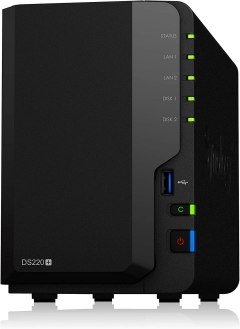 This NAS device is ideal for efficient multimedia management and streamlining data. 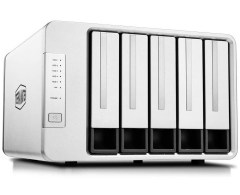 This NAS device is a fine option for users who rely on ultra-fast access to their personal cloud storage. 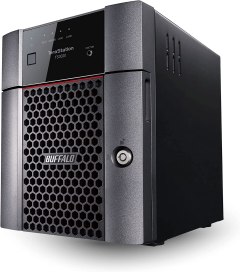 With its high-end security measures, versatile storage options, and decent price, this is a worthy solution for your data needs.

Not the speediest NAS device on the market. 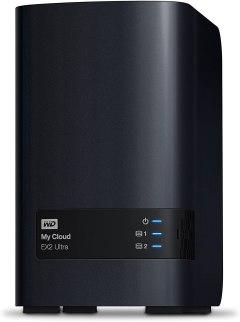 If you already have the memory on hand for the NAS device you need, this well-made model is a thrifty investment.

Affordable. Stores up to 28TB of data. Secure encryption. Easy to set up and use. User-friendly companion app. Optimized for video and photo sharing. Simple to stream content from NAS device.

Users must buy and install hard drives themselves. 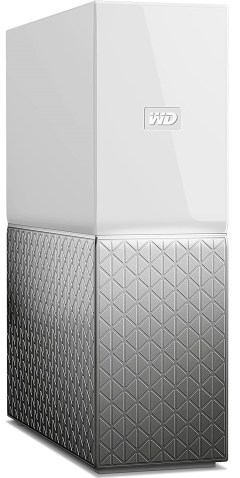 This fairly priced WD My Cloud Home is a simple and dependable NAS device for your personal ecosystem of devices.

Easily setup. Automatically backs up data from computers and smartphones. Small desktop footprint. Available in 2, 4, 6, 8, 12, 16, and 20TB. Stylish. Compatible with PC and Mac.

Does not work well with Android devices.

Data storage in the 21st century is a valuable commodity. With so much of our lives happening now in the digital realm, we all need a place to keep our ever-expanding cache of files. NAS devices fill that void. NAS stands for Network Attached Storage. These devices are storage units that include one or more storage drive bays. They connect to computer networks and provide access to a related group of clients. They are basically computers unto themselves, with hard drives, processors, and operating systems, and their main function is data storage. These devices are compact and capable of handling files of all sizes. They are often used to store video, music, and other media files.

A NAS device is equipped with built-in security features to help safeguard your sensitive data against cyber attacks. Additionally, NAS devices can be used in a home or office and allow you to access files over an internet connection. Some NAS devices even offer mobile apps that ensure you can access your files on a smartphone or tablet, too.

Be aware that a NAS device should not be considered a one-stop storage solution. Like any storage device, NAS devices can fail or become disabled, or be destroyed, by fire, flooding, or a power surge. 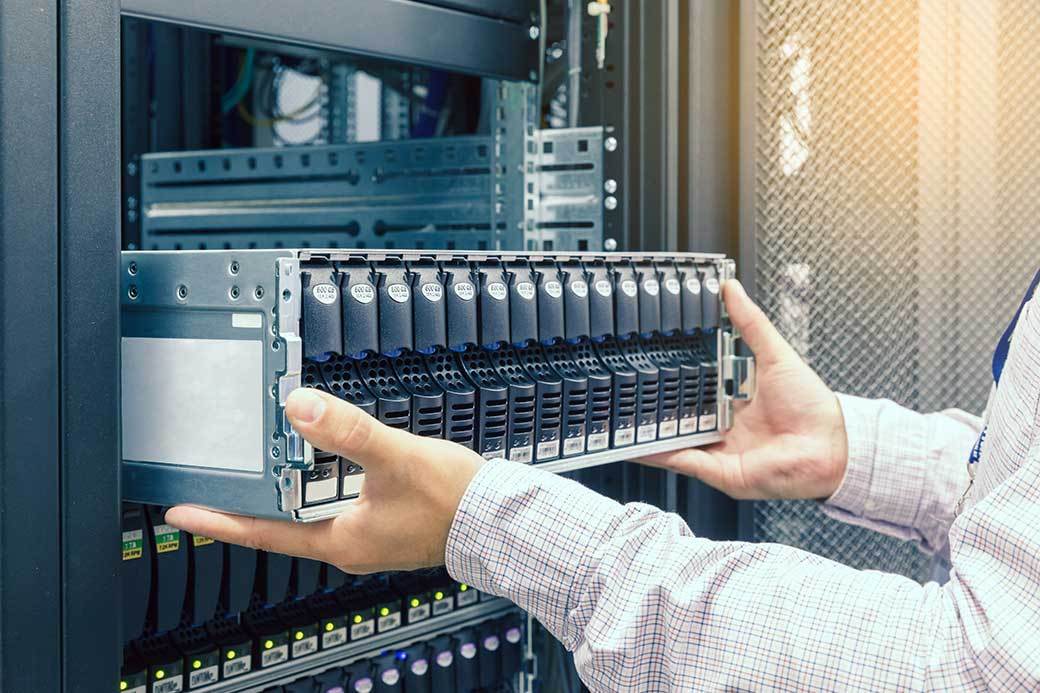 The forerunner to today’s NAS devices was developed in the early 1980s in Newcastle, England.

If you are getting a NAS device, it’s because you need storage space to house your most important files. For some, that means work files such as documents, spreadsheets, and data sets. Others are hoping to house their most precious family memories in the form of photos and videos. Regardless of your individual use of a NAS device, you want to be sure to get the right one. Consider these factors when researching the best NAS device for you, and you won’t go wrong.

This will be the most important consideration when choosing your NAS device. What good is a data storage unit if it can’t hold all of your files? Most NAS devices range from a few gigabytes of storage space, all the way up to a massive 40TB. Assess your storage needs before choosing your unit.

Any device that will store massive amounts of data will have variations in functioning speed. There are a lot of differences in NAS device designs and processing, so do your research on the MB-per-second specs of each unit, remembering that they usually have separate speeds for writing and reading.

Consider where you will be keeping your NAS device. Dimensions of some of the most popular NAS devices range from the size of a wireless router to that of a small printer. If you have a limited workspace, look for something that will cause less of a challenge.

One of the biggest advantages of a NAS device is that it can be set up for multiple users to access from remote locations. This allows a team of people to store data even when they are not located in the same office. Check the specifications of each NAS device if you have specific user-quantity requirements. Some of the higher-end units allow up to 40 users on a single NAS device.

Because NAS devices have a relatively straightforward utilitarian design, there aren’t multitudes of differences between them. That being said, some have a few special features that make them stand out from the rest of the pack.

Many NAS devices allow access from any remote location where you have internet access. Some now have their own mobile apps, giving you the ability to access your files in an efficient manner directly from your smartphone.

This is an invaluable feature for those who want extra protection for their important data. Some NAS devices have a function that will run automatic data backups straight to a hard drive built into the NAS. Although it isn’t an absolute necessity, this feature is a nice addition that will give you extra confidence that your data is being protected on every level. However, as stated earlier, for even more peace of mind, it’s wise to back up the data on a NAS device to a separate remote location, such as a cloud server or external drive.

As with any of your computers, automatic online backup is available for your NAS devices. These are generally subscription services that you pay for on a monthly or annual basis. The price is determined by the amount of data you will need to store. This backup feature is a must for anyone wanting to protect their valuable files housed on their NAS device.

"Microsoft didn’t enter the NAS development market until the mid to late eighties, well after other software and hardware companies had made their mark."
STAFF
BestReviews

NAS devices in relative terms are not inexpensive. That being said, considering the important role they play in protecting your data, it’s well worth the cost. Furthermore, you still have a number of price options from which to choose, so shop around and decide which features you want to pay for and which you can do without.

Inexpensive: A dependable NAS device in the $100-$200 range is easy to find. The main differences between these units and those that cost more are storage capacity and processing speed. Many will find what they need in this price range, but if you’re looking for a NAS device with some more teeth, then move up in price.

Mid-range: Between $200 and $300, you will find an excellent assortment of high-capacity NAS devices with various levels of “extras.” Many NAS devices are priced at just under $300 in what appears to be fierce competition for consumer dollars. You can use this competition to your advantage and find an exceptional unit at a reasonable price.

Expensive: The NAS devices between $300 and $600 are the most powerful and high-capacity units available. Many of them will hold up to 40 terabytes of information, which is far more than most of us could ever produce. Most of these models will likely be used for business purposes.

Did you know?
In 2009, NAS vendors began to introduce online backup solutions integrated into their NAS appliances, for online disaster recovery.
STAFF
BestReviews

Data storage needs for the basic consumer have changed drastically with the advent of the smartphone. We are practically drowning in data and need a home for it all. This has created an atmosphere of rampant competition amongst NAS device producers. There are a number of impressive options we researched in addition to our top five. The Netgear ReadyNAS RN212 2 bay diskless personal cloud NAS is an inexpensive NAS device that has a powerful desktop app for maximum convenience at a low price. In the mid-range category, we also liked the Netgear ReadyNAS RN214 4 bay diskless personal cloud NAS. It has all the benefits of its less expensive counterpart, but the additional storage space means you’ll have more room for your files and multimedia data. On the expensive end, the Buffalo Terastation 3210DN NAS device does not disappoint. With 4TB of NAS hard drives included, this is a professional-level powerhouse. 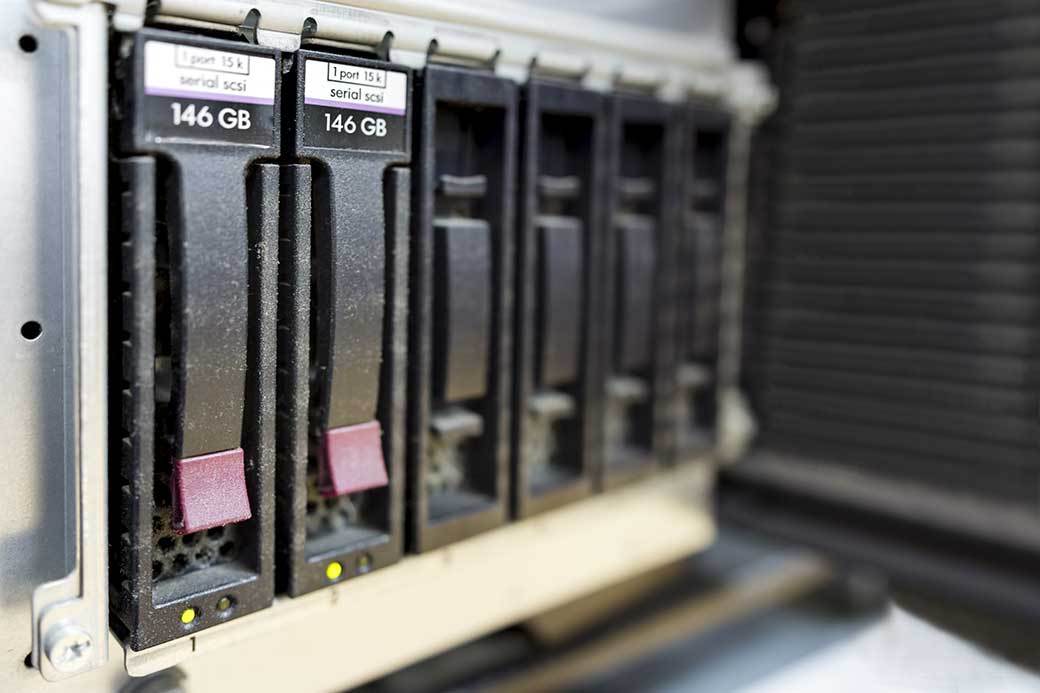 Personal multimedia data is the biggest reason behind an explosion of consumer-oriented NAS devices in recent years.

Q. Is the price of NAS device directly related to storage space?
A
. Generally, yes. Although this is not a hard and fast rule, you will usually need to spend more in order to get more storage.

Q. Is a NAS device easy to set up?
A.
Yes. If you are generally adept at using electronic equipment, hooking up a NAS device is relatively straightforward. Once you’ve connected it, choosing the options for how you would like to utilize its functions will take a little more time.

Q. Will my NAS device be obsolete shortly after I get it?
A. As with any electronic and computing device, new technology is under constant development. Nevertheless, your NAS device should continue to offer you the storage you need for as long as you wish to use it. 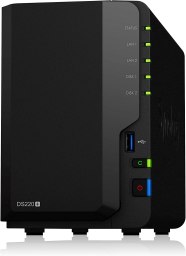 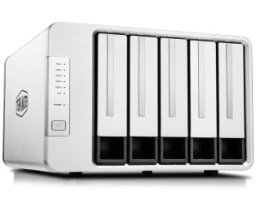 Best Bang for the Buck
TERRAMASTER
NAS Unit for Small Business and Personal Cloud Storage
Bottom Line
This NAS device is a fine option for users who rely on ultra-fast access to their personal cloud storage.
Shop Now 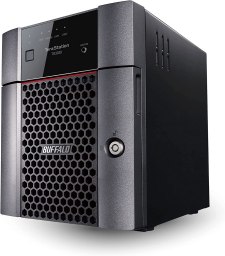 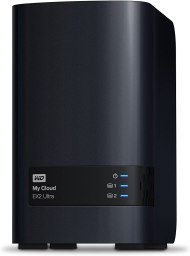 Top Pick
Western Digital
My Cloud EX2 Ultra Network Attached Storage
Bottom Line
If you already have the memory on hand for the NAS device you need, this well-made model is a thrifty investment.
Shop Now 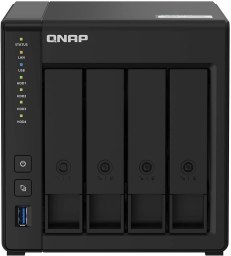 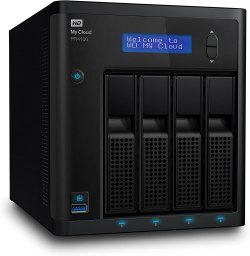 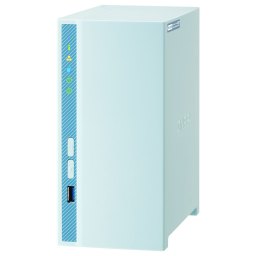