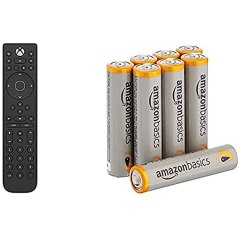 With more buttons and functions than most competing models, including the Microsoft model, this is a powerful little remote and is one of the cheapest available. Uses an IR signal and doesn't need to be paired with your Xbox One. Features a few standard Xbox One buttons and includes 2 AAA batteries.

The IR can be unreliable, and the rubber coating may peel off over time. 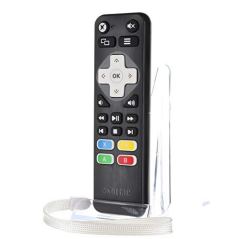 A moderately-priced IR remote that works with the Xbox One in addition to a handful of other devices. Plenty of buttons and programming options, including a pre-programmed Xbox One setting. The backlight is convenient. 2 AA batteries required.

Some customers had difficulty with the IR blaster.

The Xbox One is an incredible gaming platform, so much so that it’s easy to forget that it’s also a powerful media center. In addition to playing AAA gaming titles, the Xbox One also has a wide variety of streaming apps and a built-in 4K Blu-ray player (which can also play CDs, DVDs, and standard Blu-rays). In fact, the Xbox One is one of the best multimedia devices around, although there’s one accessory you’ll need to complete the experience: a remote control.

All Xbox Ones have an infrared sensor on the front, so they can be easily controlled via remote control. There are plenty of options available, ranging from Microsoft’s officially branded Xbox One remote to third-party universal remotes that support the Xbox One along with thousands of other devices. Whether you like simple remotes with big buttons or you want a complex universal remote with an LED screen, there’s one that will work with your Xbox One.

Which one’s right for you? That’s what we’re here for. We’ll help you find the perfect model based on your needs and budget. Here’s everything you need to know to find your ideal Xbox One remote control! 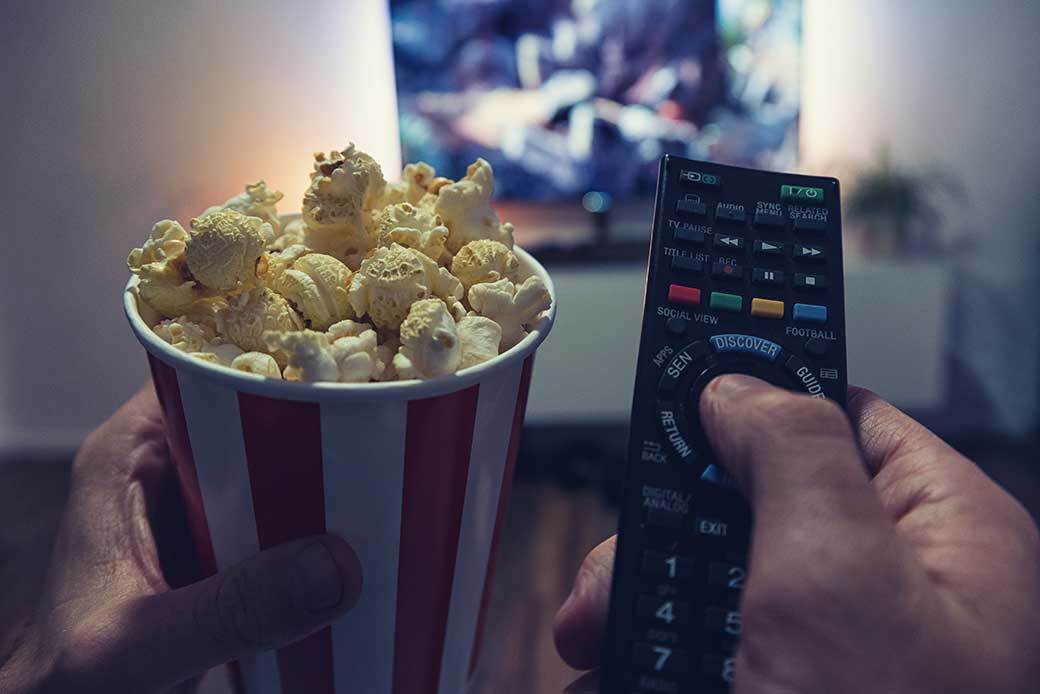 Not everyone is a fan of remote controls with backlighting because it usually can’t be turned off, and it uses up battery life faster. Consider getting a remote with glow-in-the-dark buttons. They absorb light during the daytime and light up in the dark, so you get the benefits of a backlit remote without the drawbacks.

To help determine what kind of remote to look for, start by answering these questions.

Do you want a dedicated Xbox One remote or one that can control other devices, too?

If you’re looking for a remote that controls your Xbox One and nothing else, you can save some money by looking at dedicated models. On the other hand, if you’ve already got too many remotes and you’re looking to consolidate, it might be worth it to buy a universal remote so you can control other devices beyond your Xbox One.

Do you want a remote with a screen and buttons or just buttons?

Some fancier remotes come complete with built-in displays to make them more customizable and easier to use. Having a remote control with a screen can be a game changer because you can easily switch between devices you’re controlling. They’re not cheap, though, so if budget is a priority for you, you may want to stick with a traditional buttons-only remote.

Do you want a directionless remote or one you need to point at your Xbox One to operate?

The Xbox One accepts remote commands via infrared (IR) signal, which means with most remote controls, you’ll need a clear line of sight to the IR sensor in order for yours to work. However, some remote controls get around this problem by including an IR blaster/command receiver, so it will handle the IR part and you can point the remote in any direction you want. The bottom line: IR-based remote controls are less expensive, but you need to point them at your Xbox One. If that sounds like a hassle to you, go for a universal remote with an included IR blaster.

All Xbox One remote controls cover the basics of letting you navigate menus and control media playback, but there are definitely some niche features to keep an eye out for that can make a big difference. Here are our favorites.

Most remotes are difficult to use in the dark, and that’s where backlighting comes in. Backlit remotes light up their buttons when any button is pressed, so you can instantly see everything without having to turn on a light. While it might not sound like a big deal, backlighting makes all the difference in the dark, and it’s a convenience we’d never go without.

If you watch a lot of movies on Blu-ray or 4K Blu-ray disc, you’re probably used to switching out discs often. Having an eject button on your remote can make that a little easier. Surprisingly, not all remotes support the eject functionality, but if you’re a movie buff and you’ve got a big collection of physical media, it’s a useful convenience.

Some remote controls support macros, so you can program multiple commands to execute with a single button. For example, using a macro, you can program a single button to turn on your TV, your Xbox One, and your soundbar all at once. Macros can take a little while to set up, but they save you multiple steps time and again, so if you’ve got multiple devices that you frequently use together, they’re practically essential.

"If you own multiple Xbox Ones, you can use the same remote control with any of them. That also means you’ll need to be careful if you have your Xbox Ones in the same area. If they’re next to each other, it’s likely that they’ll all respond to the remote commands simultaneously. "
STAFF
BestReviews

Inexpensive: Entry-level Xbox One remote controls cost between $10 and $20. In this price range, you’ll find the most straightforward models: they’re small, they have all the buttons for navigating your Xbox One and playing media, and they don’t require pairing. Models in this price range typically send commands via IR signals, which means you’ll need a clear line of sight between the remote and your Xbox One in order to use yours. If you’re looking for a remote that’s simple to operate and covers all the basics, you don’t need to spend more than this.

Mid-range: These Xbox One remote controls cost between $20 and $50. Once you cross the $20 threshold, you’ll find remotes that start to offer a few key comfort features like one-touch macros and backlit buttons. The remotes in this price range still predominantly rely on IR signals for sending commands, and they still look fairly spartan, but they definitely get the job done. 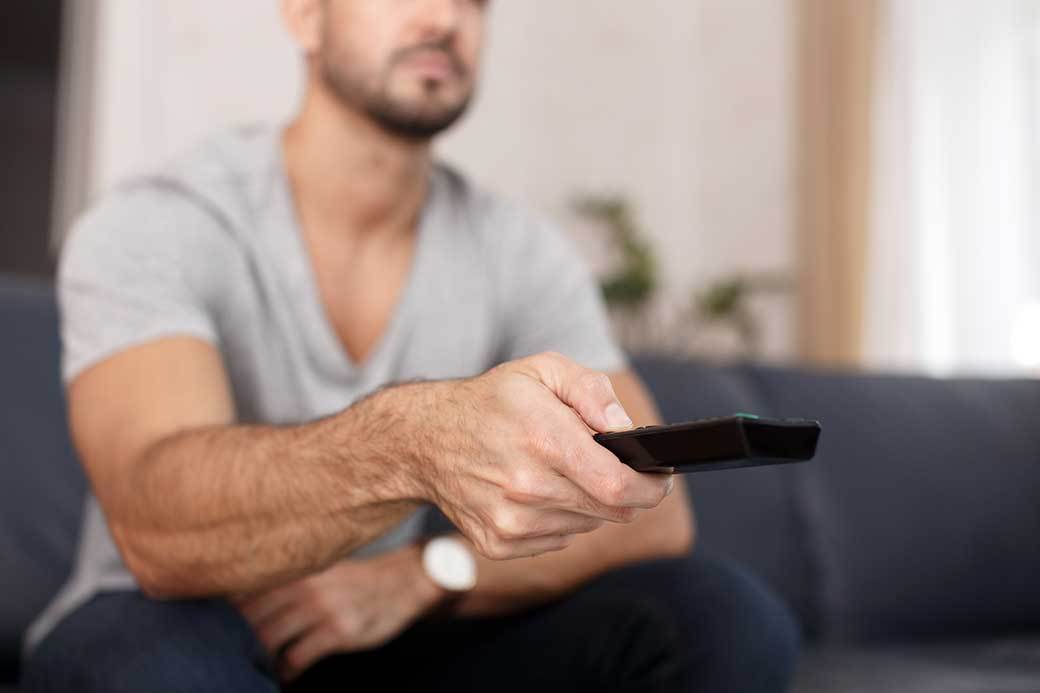 If you plan on using multiple remotes, get a remote caddy to keep them all organized. Remote caddies come in all different materials and colors, and they ensure you’ll never waste time hunting for a lost remote again. 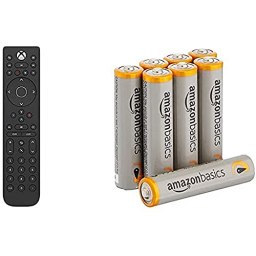 Best of the Best
PDP
Talon Xbox One Media Remote
Bottom Line
This officially licensed Xbox One remote works as well as the Microsoft model, at a much lower price.
Shop Now 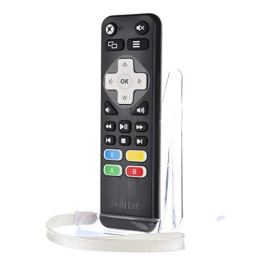 Best Bang for the Buck
Anderic
Xbox One Media Remote Control
Bottom Line
Simple, yet effective, this modest-looking remote control is a reliable and inexpensive way to browse your top streaming services via the Xbox One console.
Shop Now 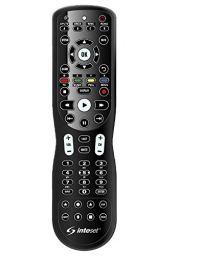 Top Pick
Inteset
4-in-1 Universal Backlit Remote
Bottom Line
For those looking for a more traditional remote, this is a good option.
Shop Now 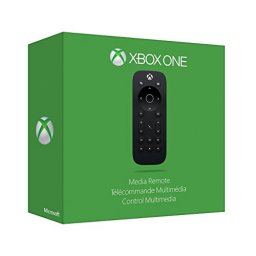