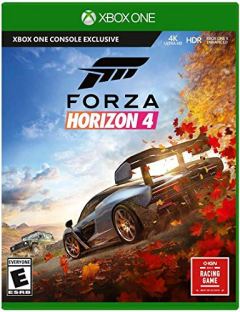 Enjoy a wild racing festival atmosphere as you seamlessly meet and make friends with other drivers. There’s so much to see, experience, and unlock in this beautiful game — it’ll keep the most dedicated racing fans entertained for a while.

The “Ultimate Add-Ons Bundle” is an expensive upgrade, but may be worth it for hardcore fans. 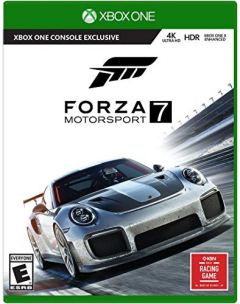 Features a gigantic garage of fully-customizable cars from a wide range of manufacturers, plenty of additional car packs for separate purchase, and stunning 4K graphics. You’ll always be able to find other players to race against over Xbox Live.

Although the VIP and Car Pass add-ons are primarily for people who think 700 cars isn’t enough, these add-ons are fairly pricy. 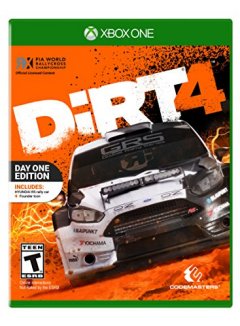 Create millions of mud-caked routes across multiple nations, watch your truck take realistic damage mid-race, and keep coming back to crush the daily, weekly, and monthly challenges. Rally racing doesn’t get more intense than this.

May come with a bit of a learning curve for newcomers. 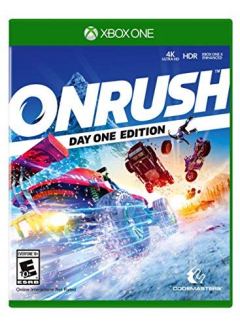 Truly innovative arcade-style racing game with plenty of visual style to spare. Smashing through the environment, taking shortcuts, and crashing rival racers is surprisingly fun. There’s nothing like crushing an opponent under your monster truck after boosting from a ramp.

It’s not a “traditional” racing game; vehicular violence and driving with style matter more than anything, so watch a trailer before you buy. 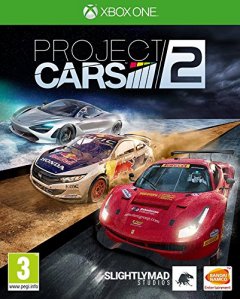 Features a number of factors that ensure that no 2 races are the same, like muddy surfaces, a 24-hour day cycle, and icy roadways. Includes over 170 well-known cars, various race modes like oval and rallycross, and a hefty roster of racetracks.

Chances are pretty good that you’re a better driver than the AI.

You may never know what it feels like to get behind the wheel of a Lamborghini Huracán and tear through some of the world’s most iconic raceways, but there are a handful of expertly polished racing games available on Xbox that will give you the next best experience.

After all, Xbox’s library of racing games includes hundreds of realistically tuned virtual vehicles, limitless customization options for your favorite exotic cars, miles of extreme terrain to conquer, and an unlimited roster of rivals to leave in your dust.

We hope that you have some Xbox Live friends to trade paint with because after driving more laps than we would ever care to count, we can safely tell you how to find the Xbox’s best racing games. 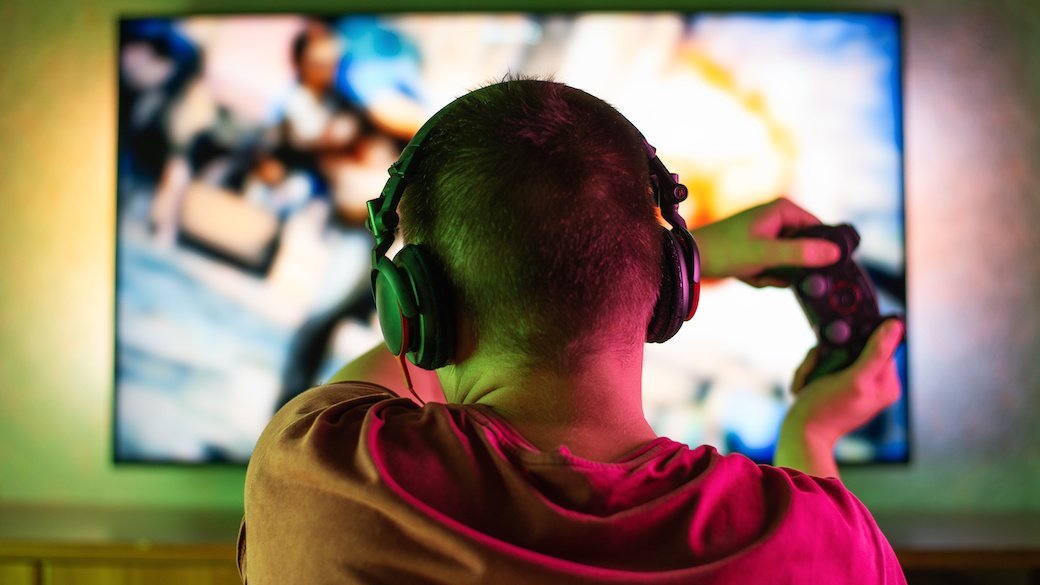 No matter how impressive its AI is, the real test of any Xbox racing game is how much fun it is to hit the road on Xbox Live with friends and random drivers alike. Generally speaking, the best racing games on the Xbox have thriving online communities that are filled with racers of all skill levels. Incorporating a headset generally adds to the fun.

Getting behind the wheel of a brand new Porsche 911 GT is nice, but what if you could paint it metallic purple, slap on some funky decals, and have it play the Killer Instinct theme whenever you honk the horn?

The more customization options that a racing game provides the better, and there are sizable communities on Xbox Live who enjoy sharing everything from how they’ve fine-tuned their tire pressure and alignment to incredible works of art within its car paint editor. Besides, being able to showcase your personality and creativity via your decked-out muscle car as you’re gunning for the front of the pack is fun.

A huge garage of cars

A seamless 4K resolution and ultrasmooth frame rate are nice, but the cars are the real star of any racing game. It is common for Xbox racing games to include hundreds of perfectly simulated vehicles on the disc, with many more available for separate purchase online.

Just knowing that you’ll have more than 400 cars to collect, customize, and race in isn’t enough for some players. If you’re curious whether some of your all-time favorites are included, do your research to learn which car manufacturers are represented in each game.

Each game brings new and exciting ways to play. For example, even though both share the Forza title, Horizon and Motorsport games offer completely different experiences, and you should go into them understanding what makes each one special. You’ll need to do your research for exclusive game-specific features that may grab your attention, but here are some examples to keep in mind when you’re on the hunt for a new way to burn virtual rubber.

Single-player content: Sure, it’s hard to beat the rush of narrowly winning against 23 other real human racers, but games with an expansive single-player mode are an excellent way to practice, collect new cars, and explore gorgeous environments.

Top-tier racing video games for Xbox range from $20 to $60, with newer and more popular titles leaning toward the more expensive side. The good news is that games like these tend to go on sale relatively quickly after they debut and rarely stay at that brand-new $60 price point for long.

If you come across a significantly more expensive version of a racing game that sports a subtitle like “Ultimate” or “Deluxe,” it likely includes additional downloadable content that would normally be purchased separately.

As tempting as it may be to sideswipe another player during an Xbox Live race, if you’re playing a realistic racing simulation, you may end up taking yourself out instead.

Buy a range of cars across all car classes, and take them out for a spin in single-player modes before racing them online. This way, you’ll always have a go-to car to drive, no matter what kind of race you’re participating in.

Since racing games rarely feature content worse than collisions and mild lyrics, they are accessible to a wide audience. If you discover a new favorite racing game, grab a few extra controllers and invite some friends and family over for some quality couch-side gaming.

Many racing games available for Xbox feature optional downloadable content or DLC. While some DLC is free, expect to pay to access premium content, such as additional car packs and campaign expansions.

Explore the beautiful beaches, lush rainforests, and dusty badlands of Australia in your choice of more than 350 cars in Forza Horizon 3. The third entry in the Horizon series introduced a number of fun personalization options, including the ability to plot out completely unique race events with Horizon Blueprint, create a custom license plate, choose your driver character, and select a unique horn sound. If you’re looking for something to test your skills, this game’s Bucket List challenges are worthwhile.

Inspect more than 450 cars from bumper to bumper in Forza Motorsport 6’s Forzavista mode, and drive in epic 24-player races within 26 real-world locations, including Daytona, Prague, Rio, and the Indianapolis Motor Speedway. Forza Motorsport 6 found new ways to challenge experienced racers by introducing realistic wet-weather conditions and nighttime races, and the game’s Drivatar technology creates a roster of human-like rivals based on your Xbox Live friends for you to challenge whenever your pals aren’t online. 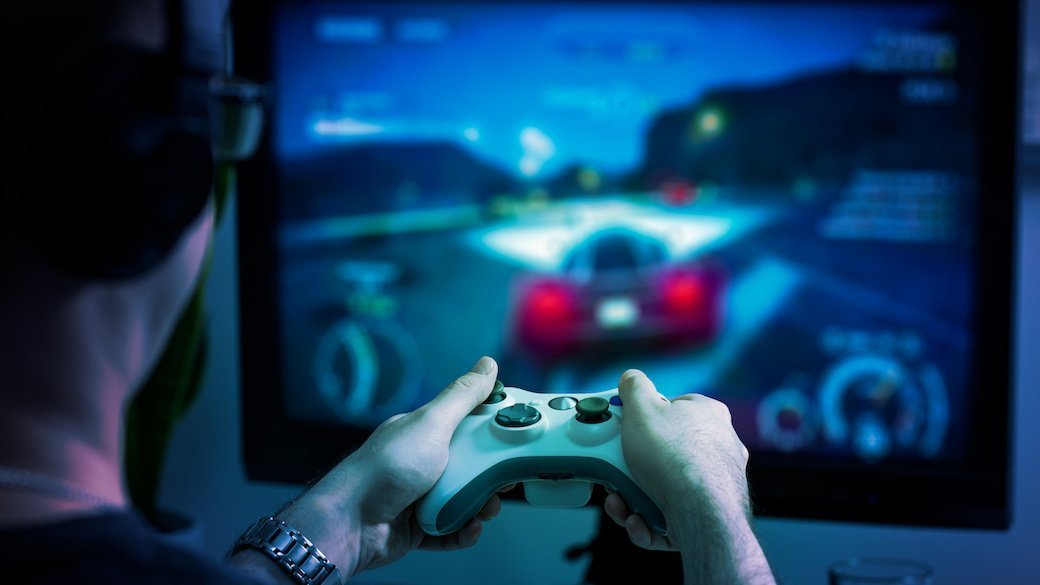 The Forza series supports a thriving community of dedicated car painters, and if you search through online auction houses, you’ll find some fantastic custom paint jobs.

Q. Do I need a racing wheel accessory to get the most out of my racing games?
A.
No, but a racing wheel is a cool option to have. While you’ll have a fantastic time driving with a standard Xbox controller, some diehard racing game fans can’t imagine playing without a realistic steering wheel in their hands and pedals under their feet. Although racing wheels aren’t cheap, they will provide a much more immersive experience for your racing games.

Q. Do I need to be connected to Xbox Live to enjoy my racing games?
A.
No, but an Xbox Live subscription is highly recommended if you want to experience the best that your racing games have to offer. Not only will you have the opportunity to put your driving skills to the ultimate test by racing other players from around the globe, many games offer downloadable content packs that include additional vehicles, race tracks, and other exciting bonuses.

Q. Can I race against people who play my favorite Xbox racing game on other platforms?
A.
Maybe. Xbox games that feature the “Play Anywhere” icon allow cross play between the Xbox and Windows 10 PCs, so players on both platforms can race together. For example, Forza Horizon 3, Forza Horizon 4, and Forza Motorsport 7 are all Play Anywhere games. 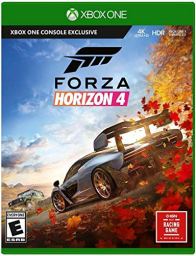 Best of the Best
Forza Horizon 4
Xbox Game Studios
Bottom Line
Race through all four seasons in a photo-realistic British countryside with over 450 cars alongside a huge community of racing fans.
Shop Now 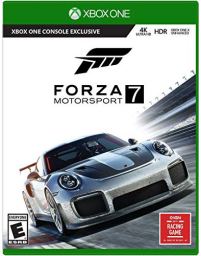 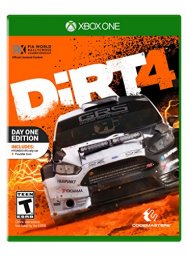 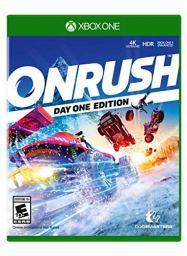 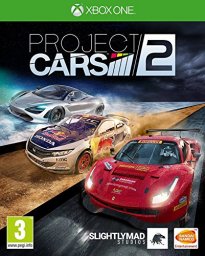