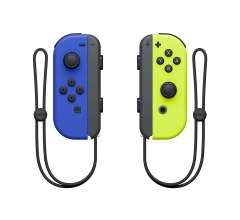 Ergonomic design. Rumble feedback. Motion controls. Each Joy-Con is its own controller, so a pair can be used for multiplayer. Snaps onto the core Nintendo Switch console. Available in a rainbow of colors.

Some color options are easier to find than others. 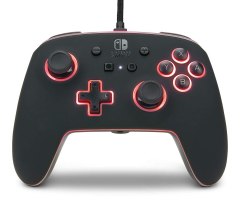 Thrifty gamers who want to save money should consider this battery-free and eye-catching LED-lined model. 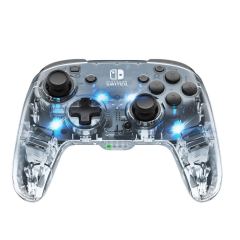 The officially licensed Afterglow is a stylish model with a long range and premium battery life that wireless players will appreciate. 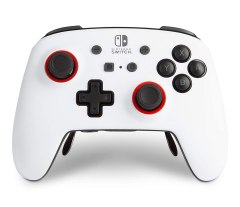 This model's comfortable and highly customizable design make it a must-have for competitive online play. 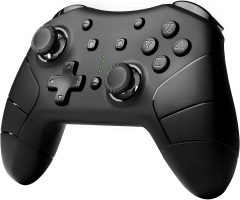 Low-cost controller that is reminiscent of those for X-Box.

The buttons are very responsive with no or very little lag. Great for people with smaller hands, as it is smaller than the official Nintendo controller. The rumble feature can also be turned lower or higher.

The controller unpairs from the Switch if it goes into sleep mode, and the controller cannot wake the console up.

The hugely popular Nintendo Switch lets you play games from pretty much anywhere, easily transitioning from TV mode to handheld mode to tabletop mode. But how you play those games depends on which controller you prefer.

Nintendo created two controllers that work with the Switch: the Joy-Con, a nimble two-piece device that attaches to either side of the console or can be used wirelessly by one or two players, and the Pro Controller, which looks and functions more like a conventional controller. With these two devices, Nintendo built upon the fluid-motion controls of the Switch’s predecessor, the Wii U, while including a number of intriguing new features, including HD rumble and an infrared motion camera. 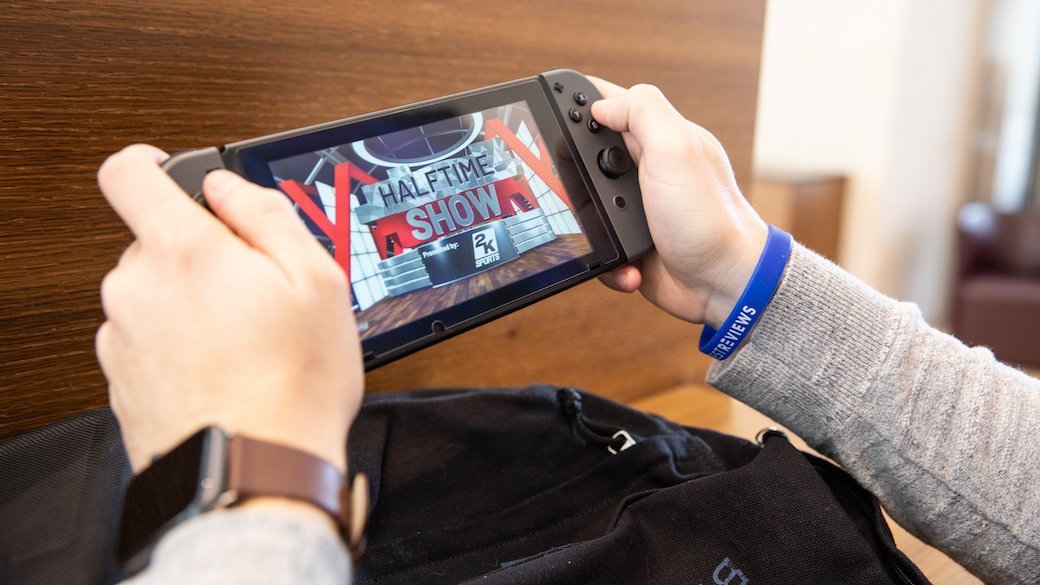 The official Nintendo Switch Pro Controller includes Amiibo support, allowing players to import in-game bonuses from their favorite characters, motion controls, and HD rumble feedback, which all greatly improves your overall gaming experience. Third-party controllers are often more affordable because they end up cutting one or more of these innovative features.

Sure, you may not feel strongly about Amiibo support or gyroscopic motion controls now, but an upcoming game could change your mind completely — so plan for the future when buying your Nintendo Switch controllers.

Although battery life isn’t an issue for wired controllers, it should be a prime selling point for anyone considering a rechargeable or battery-powered Nintendo Switch controller.

Of course, you can simply dock a pair of your Joy-Con controllers directly to the sides of your Nintendo Switch, and they will be fully recharged within three hours. However, official and third-party Pro Controllers may provide anywhere from four to 40 hours of gameplay between charges, so it’s well worth your consideration.

Although the official Nintendo Switch Pro controller is usually sold for around $60, it is a quality piece of hardware that supports everything that the console has to offer, including motion controls, Amiibo support, and rumble feedback.

Third-party Nintendo Switch controllers, which go for $25 to $30, are significantly cheaper and are functionally similar to the Pro Controller — but they usually do not include all of the features of the original Pro Controller. 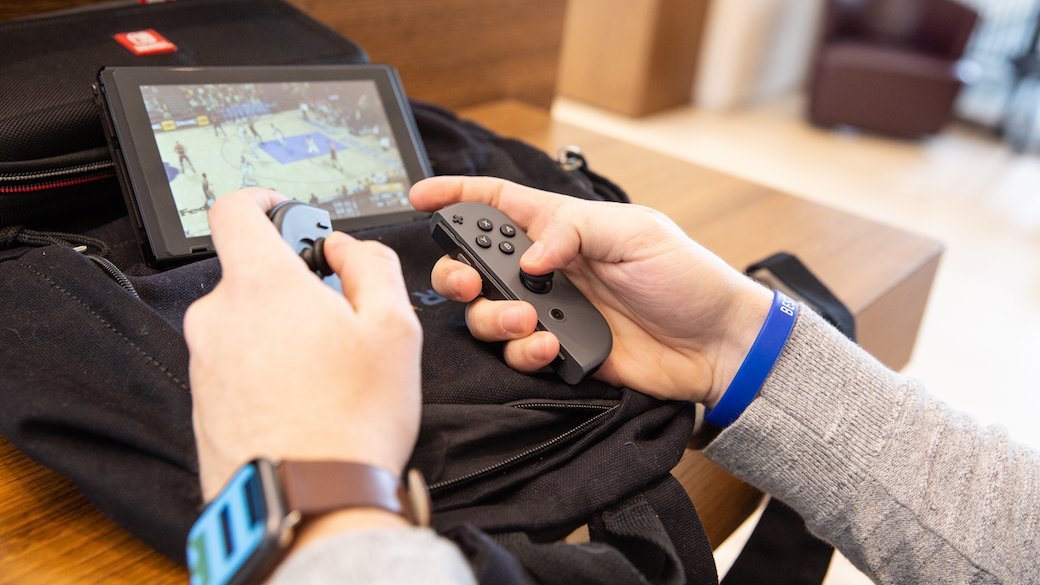 If you are a Nintendo Switch Online member, you can buy a pair of authentic NES wireless controllers directly through Nintendo. These retro controllers are great for playing classic NES games, such as Kirby’s Adventure, Donkey Kong, and Balloon Fight.

Q. How do I use an Amiibo toy with my Nintendo Switch controller?
A.
It’s as easy as tapping the base of your favorite Amiibo character to the near-field communication (NFC) touchpoint located on your right Joy-Con controller or the center of your Pro Controller.

Q. How many Nintendo Switch Pro Controllers can I connect to the console at once?
A.
You can connect up to eight Pro Controllers to your Nintendo Switch at the same time. Of course, only certain games will support eight local players, such as Super Smash Bros. Ultimate, and even then, if you’re playing with eight fighters, it’s going to be one hectic battlefield. Good luck! 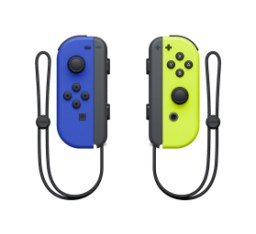 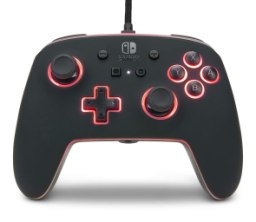 Best Bang for the Buck
Power A
Spectra Enhanced Wired Controller
Bottom Line
Thrifty gamers who want to save money should consider this battery-free and eye-catching LED-lined model.
Shop Now 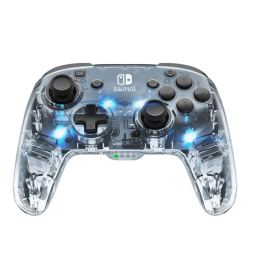 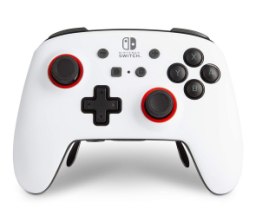 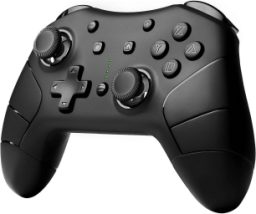 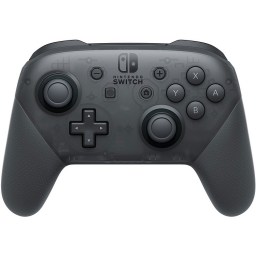 Top Pick
Nintendo
Switch Pro Controller
Bottom Line
This model is worth investing in for its wide array of features and comfy shape, and it's best for serious marathon gaming sessions.
Shop Now 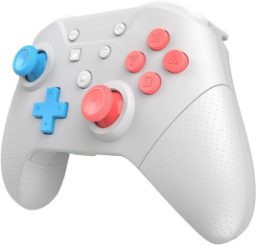 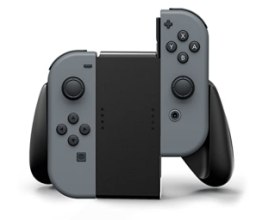 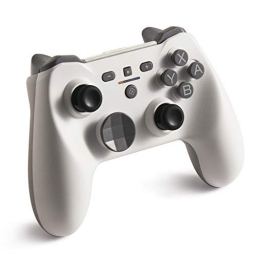