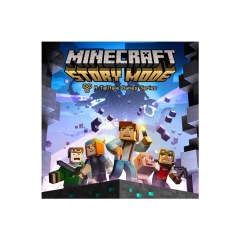 A decision-based spin on the wildly popular world-building that maintains the blocky textures while focusing more on story and action.

Minecraft: Story Mode' creates more lore while allowing users freedom to do what they want. Decisions snowball into exciting possibilities down the line. Kids will love it.

Don't confuse it for the the original. The game's no longer updated.

Great games like this withstand the test of time. The galaxy is still worth saving while making friends with loyal Wookie Zaalbar and droid HK-47.

Affordable. A rich story set thousands of years before the films. Likable cast. An engaging, turn-based combat system. The choices you make deeply impact the experience.

Its visuals may seem dated by today’s standards. 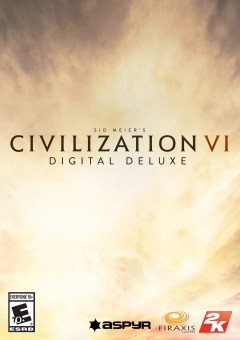 Popular franchise dating back to the 90s with modern tech, graphics, and intuitive design for complete freedom to lead the world as gamers see fit.

Comprehensive set for quintessential turn-based world-building. Beloved by casual gamers and fans who go back to the early days. Make your civilization as good or evil as you please. Modern graphics. 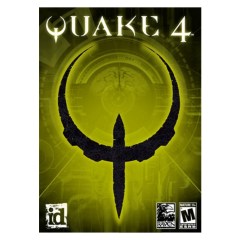 The terrifying fourth entry in the classic sci-fi space shooting franchise sprawls across the universe and still holds up well today.

This FPS has an immersive, cinematic world and story that seamlessly blends horror and science fiction. Features massive maps and an arena-style multiplayer mode from the days of local multiplayer.

The game is well over a decade old, so don't expect modern graphics and gameplay. 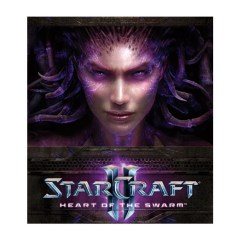 This one's a classic for a reason - it requires skill and knowledge to compete. The cutscenes are cinematic and the voice acting is top-notch. Tells an epic space odyssey that builds upon the lore.

When the Apple iMac was released in 1998, it sparked a bonafide cultural phenomenon in the electronics world. The computer was sleek, simple, design-focused, and technologically progressive, so it’s no surprise the brand continues to push these philosophies with its modern products. One area of criticism, though, has always been gaming support. Macs don’t quite stack up to Windows-based gaming PCs in terms of graphical processing power, which leaves many Mac gamers feeling left out when they miss out on major releases. We’re here to tell you that’s a thing of the past. There are loads of fantastic Mac games available, and some of them just might surprise you.

Whether it’s a new game, a retro title, an indie release, or even an early-access project, there’s something out there for every gamer of every experience level. This is partly thanks to Apple’s introduction of powerful Intel processors, but part of it is the gaming industry’s recognition of the demand for Mac-compatible games. 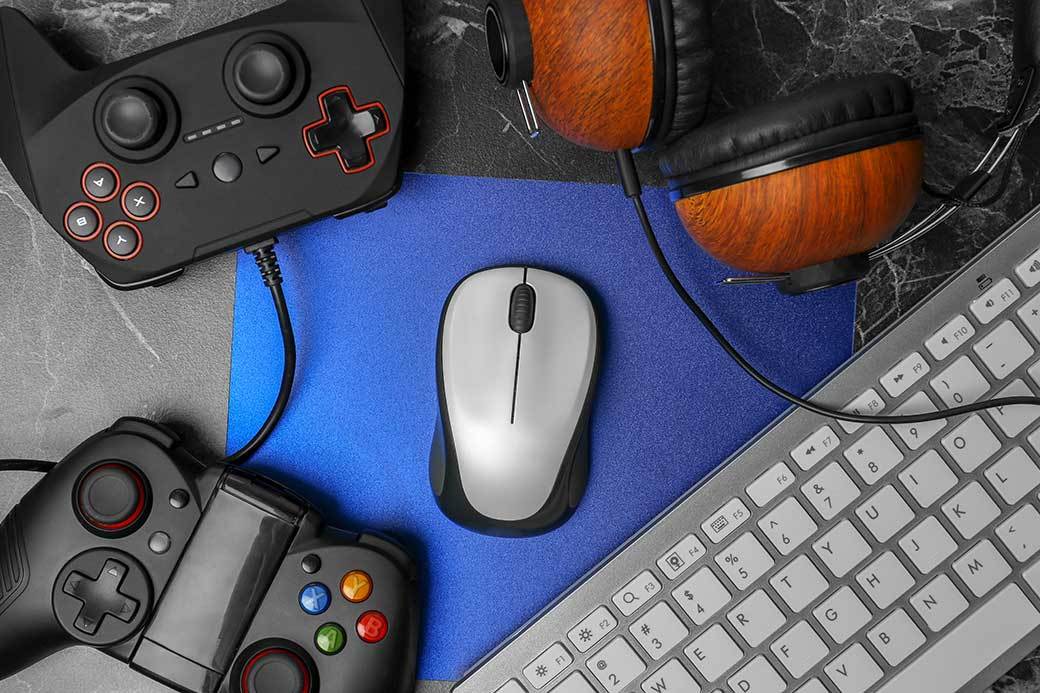 Today, the majority of video games aren’t bought physically. Instead, they’re downloaded digitally through platforms like Steam, Origin, and the App Store. This is good news for Mac gamers, as the majority of modern Macs don’t come with optical disc drives.

Two of the most important considerations when choosing a game are genre and price, but these preferences will vary greatly depending on the person. Only you know what types of games you enjoy — but what games you can play depends on your computer’s specs and your age.

If you want to play a game on your Mac and play it well, confirm your machine at least meets the minimum recommended specifications for that title.

The first things to look at are the processor (CPU), graphics card (GPU), and memory (RAM) specifications. Respectively, these figures dictate how well your computer can run programs, translate lines of code into visual data, and multitask.

Meeting minimum specs means your machine may struggle to perform even on low settings, so it’s best to have a little wiggle room if possible. Outside of those elements, double-check that you have enough free space on your hard drive to store the game. Some games can take up 100GB of room or more.

Not sure what your Mac’s specifications are? Click the Apple button on the top left of your screen, press “About This Mac,” and navigate the tabs to get the information you need.

If you’re buying games for a young one or a family computer, pay close attention to the age rating. Age ratings are determined by the Entertainment Software Rating Board (ESRB), which ranks games based on the amount of violence, language, adult themes, sexual content, and frightening moments they contain. For example, a rating of “E” means it’s okay for everyone. A rating of “AO” means the game is for adults only. This should not be confused with an “M” rating, which is for mature audiences.

Did you know?
Buying games can get expensive quickly. Thankfully, there are frequent publisher sales around holidays, as well as platform-specific specials on Steam, Origin, and other digital storefronts.
STAFF
BestReviews

Some games are released as self-contained, finished products, while others are continuously developed and added to after they’re released. This generally entails downloadable content (DLC), which is a fancy name for an expansion pack. DLC can be anything from a new level to a new campaign to a selection of cosmetic in-game items. DLC is often doled out in season pass form where the customer will buy all of the game’s DLC in one discounted package while also opting into whatever future DLC is released within a certain time period.

As time passes, more and more games exist purely in the online realm, but there are plenty of fulfilling and interesting single-player experiences too. Choose the experience that’s right for you, but keep in mind that many titles give you the choice to play locally on your machine or over the web with others.

Long-time gamers will remember the days when you were locked into the gaming system you bought with no flexibility. Today, however, cross-platform play permits PC gamers, Mac gamers, console gamers, and even mobile gamers to play the same titles together regardless of hardware. Fortnite, for example, allows players with nearly any system to compete against one another on the battlefield. If playing with friends is a priority for you, seek out games with cross-platform compatibility. This does not encompass all online games, but it’s a feature that is becoming more common due to popular demand.

Did you know?
Laptops aren’t typically the best choices for gaming, but modern MacBook Pros have impressive specs. For instance, the 2019 16-inch model boasts an Intel i9 processor, 16GB of RAM, a 1TB SSD, and an AMD Radeon Pro 5500M graphics card.
STAFF
BestReviews

While Macs don’t typically play as many new AAA titles as PCs, the pricing range for these products is essentially the same. As always, keep in mind some titles feature recurring monthly subscriptions, in-game purchases, DLC, and the like.

For about $5 to $20, expect to find indie titles, older games, and simplistic simulators. These titles may be cheap, but they’re often of stunning quality and can provide hours of entertainment.

Spend $30 or so and you’ve entered the realm of fleshed-out, modern titles, including older AAA games. You may even find bundles of several similar games at this price point.

Did you know?
RAM plays a huge role in your machine’s ability to run games smoothly. Some games can technically run on 4GB of RAM, but 8GB is essentially the minimum to run anything considered modern.
STAFF
BestReviews 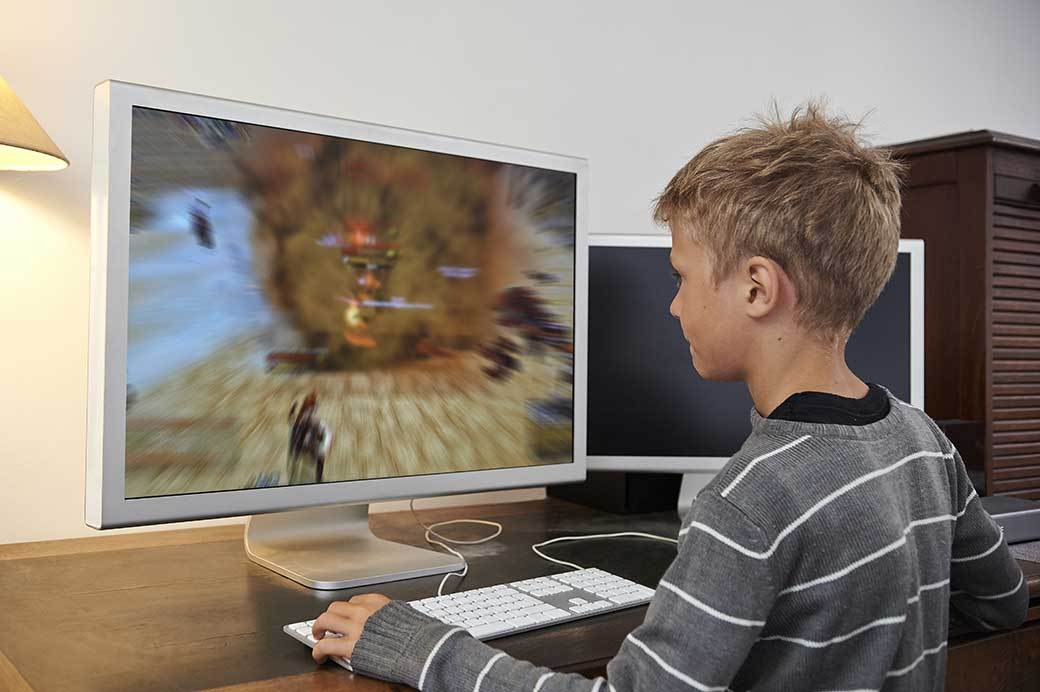 Stuck on a difficult part of your game? The internet is the best tutor you could possibly ask for. Search the web for a strategy guide, peruse YouTube for a detailed playthrough, or catch a live stream on Twitch, Mixer, or Facebook Gaming.

Q. What else can I buy to improve my Mac gaming experience?

A. Part of the Mac appeal is that they're simple to set up and ready to go right out of the box. If you want to take your gaming experience to the next level, though, there are a few accessories that can flesh out your setup. Consider replacing the standard Apple mouse with a gaming model that has more programmable buttons and doing the same with the keyboard. The integrated Mac keyboard is sleek, but it’s not incredibly ergonomic for long gaming hours. Finally, a larger external monitor will dramatically improve your visual experience, and a quality headset will enhance your multiplayer encounters. All these accessories connect to your Mac via the USB, headphone, and HDMI ports.

Q. Can I turn off my Mac’s mouse acceleration?

A. Mouse acceleration is a feature that increases your cursor’s tracking rate when the mouse is moved quickly. PC gamers often turn this off for more predictable and linear in-game movement, but on a Mac, it isn’t always as simple as ticking a box. To turn off acceleration, open your Terminal app, which is found in the Utilities folder in Applications. You can also use a keyboard shortcut by pressing Command and Space at the same time. Once Terminal is open, type the following:

Press Enter and log out. When you log back in mouse acceleration will be gone. To restore it, enter the command again with the “-1” removed.

Best of the Best
Telltale Games
Minecraft: Story Mode
Bottom Line
A decision-based spin on the wildly popular world-building that maintains the blocky textures while focusing more on story and action.
Shop Now

Best Bang for the Buck
Disney
Star Wars: Knights of the Old Republic
Bottom Line
Great games like this withstand the test of time. The galaxy is still worth saving while making friends with loyal Wookie Zaalbar and droid HK-47.
Shop Now 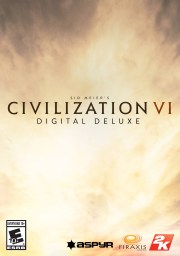 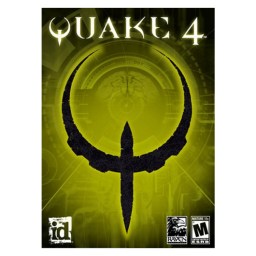 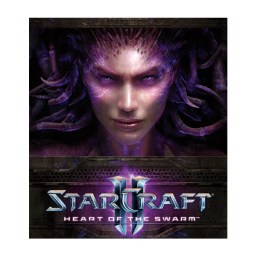 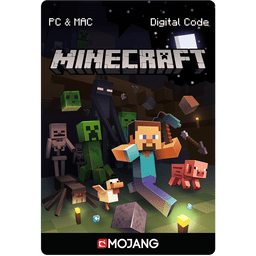 Top Pick
Mojang
Minecraft
Bottom Line
Minecraft continues to grow larger. Whether you’d rather survive underground or build whatever you dream up, this game is only limited by your imagination.
Shop Now 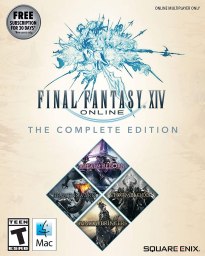 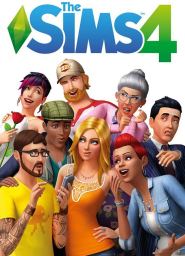 Top Pick
Electronic Arts
The Sims 4
Bottom Line
From planning a backyard cookout to dealing with vampire neighbors, The Sims 4 presents fans of the series with more to enjoy with than ever.
Shop Now 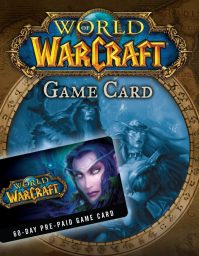 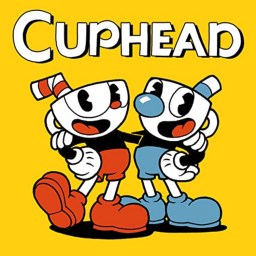