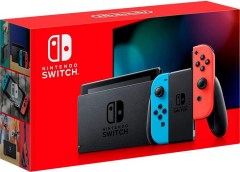 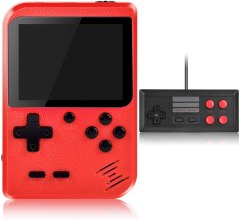 Gamers who prefer 2D scrollers and simpler times will like this throwback.

Similar to a Nintendo Gameboy, this simple handheld console has just four buttons and a D-pad. It comes ready with 400 games for kids and adults. A second controller allows two players to play on the console at once.

Only playable in handheld mode. 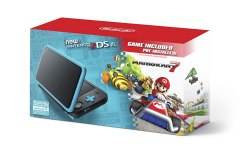 Although it's not the newest Nintendo console, it's definitely a tried and true customer favorite.

While Nintendo no longer makes games for the 2DS, there is a huge catalog of cartridges to choose from. The dual screens offer a unique gaming experience. This package also comes with Mario Kart 7 preinstalled on the console.

Games will most likely have to be purchased used. Most consoles are refurbished.

Although it seems like everyone is gaming on their smartphones these days, the real action is happening on handheld gaming consoles — which have come a long way since the Nintendo Game Boy. Handheld video game consoles are now almost as popular as their TV-tethered equivalents, and the titles being released are just as compelling. (In fact, there are actually more Mario titles for mobile platforms than there are traditional video game consoles.)

If you’re ready to explore your favorite gaming franchises on a smaller screen — or if you’re just tired of the constant farming and candy crushing of mobile games — get ready for a console that can deliver big gaming in a small package.

Here’s everything you need to know about handheld video game consoles: what they’re good at, what they’re not good at, and how to pick out the perfect one for yourself. 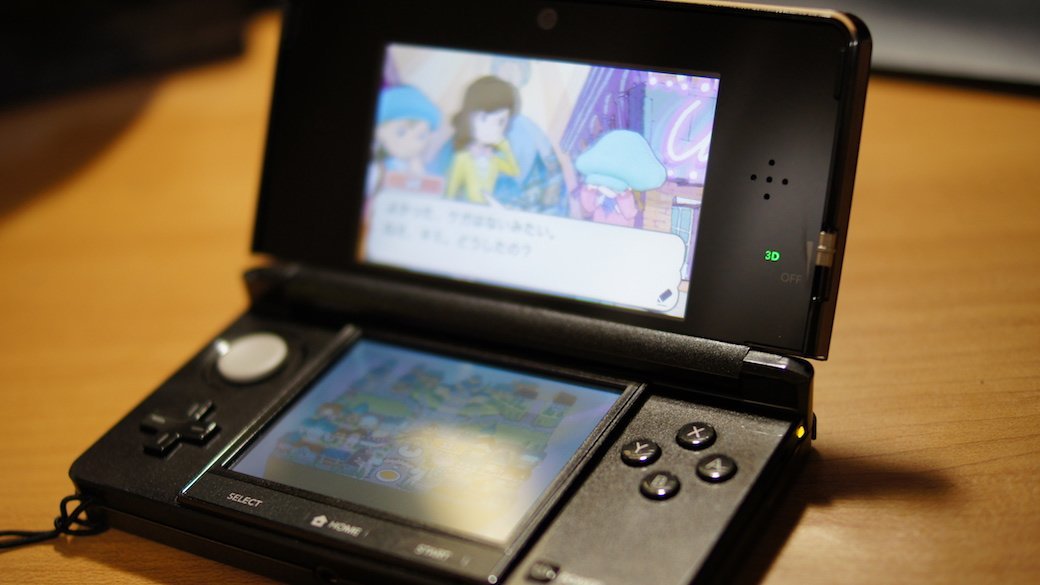 Nintendo’s DS line features multiple consoles that all play the same games, including the 2DS and 3DS. Both consoles work with the same cartridge games.

Across the portable video game market, there are two distinct types of portable consoles: retro arcades that play popular titles from the 1970s, 80s, and 90s, and modern handheld consoles that play games with updated graphics and current franchises. Each offers a very different experience. Here’s what you need to know to make the right decision.

Some portable gaming systems do a lot more than play video games. Here are the features that are worth holding out for.

Some gaming systems have built-in games; others require you to buy games on cartridges; and some allow you to purchase games as digital downloads. Nothing can really beat the ease and convenience of buying and downloading a new game, so it’s worth thinking about how you plan on getting new games. If you prefer downloads over physical copies, buy a handheld video game console that lets you purchase more games and download them directly to it.

Some handheld video game consoles still rely on AA or AAA batteries, which can be costly over time. If you can, opt for a system that’s got a built-in lithium ion battery that you can recharge with a USB cable. They’re a lot easier to manage, and they produce less waste for the environment.

Nintendo’s DS line of gaming systems have pretty much cornered the market on multiple screens, and players have loved their dual-screen games for more than a decade. Dual-screen games keep the action on one screen and use the secondary screen for secondary interactions. For example, in a role-playing game, you may see your character avatar on the top screen and your character inventory on the bottom one. Dual-screen gaming adds a whole new dimension to gaming and a lot more fun.

In the handheld console market, it can be easy to mistake a bargain for a bad deal. Here’s what you need to know about how far your money will go.

Between $50 and $99, you’ll find mostly retro consoles: portable versions of the gaming systems of yesteryear with small screens and multiple games on board. Handheld consoles in this price range are great for nostalgia and casual gaming but not much else. If you want to play modern games or try features like online player-versus-player games, you’ll need to spend a little more.

Above $300, expect to see handheld video game consoles that function as both home gaming units and portable gaming devices. There are only a few of these, but they deliver on their promise: they’ve closed the gap between portable games and traditional console games. 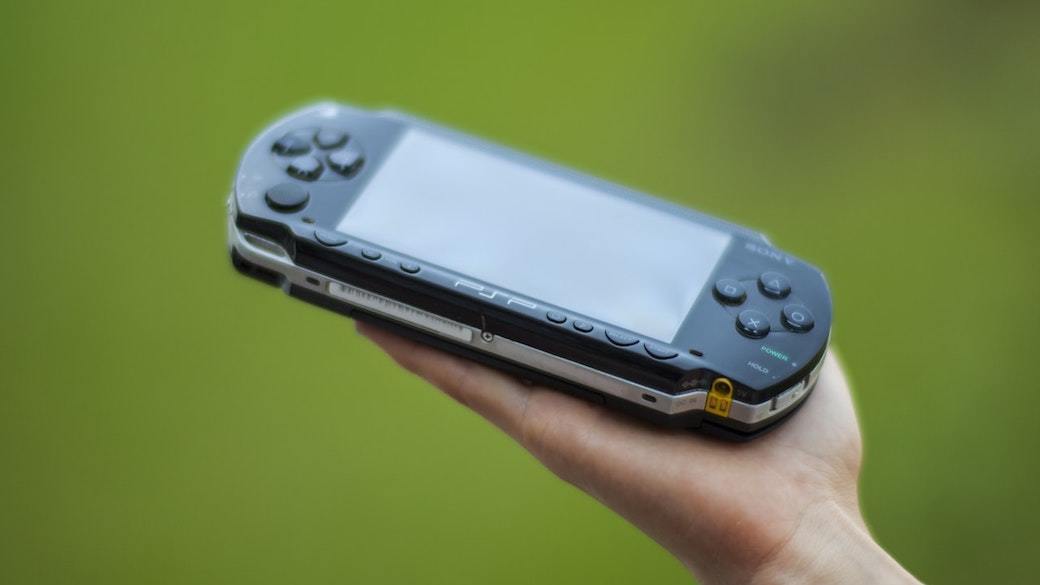 The counterfeit market for portable gaming systems is strong, so you’re likely to find at least a few that aren’t 100% legit as you shop. If you see something that’s too good to be true, like a system that can play 400 games or licensed characters with no licensing information, stay away.

Q. What are the differences between mobile games for my smartphone and games I can play on a handheld video game console?

A. Mobile games for smartphones and tablets use a touch interface, so they’re designed for you to use the screen as a controller. Games for portable gaming systems are designed to be controlled with physical inputs like joysticks and buttons. The difference in their interfaces means that each platform is great for some types of gaming but not others. For example, smartphone games are typically casual and not always graphics-intensive. In contrast, games for handheld gaming consoles are more engaging and require more involvement. If you prefer virtual farming or the occasional Words with Friends match, stick to gaming on your smartphone. If you’re interested in playing games with better graphics, more complex controls, and storylines, get a handheld video game console.

Q. What is “game streaming”?

A. Some portable gaming systems support “game streaming,” which means you can use them to stream a video game from a compatible system on the same network. For example, handheld video game consoles from NVIDIA can stream games from a PC. Similarly, Sony’s most recent portable system can stream games if you have a PS4 on your network.

Q. Can I stream video from the internet on a handheld gaming console?

A. It depends on which one you buy, but in general, video streaming is a feature only found on a few models, and it tends to drive up pricing overall. If you’re interested in streaming movies and TVs on a mobile platform, consider using a smartphone or a tablet. 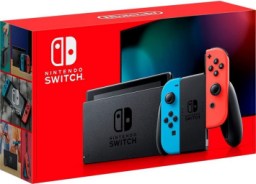 Best of the Best
Nintendo
Switch
Bottom Line
Its massive library of retro hits, exclusive kid-friendly games, and ability to swap between console and handheld modes make the Nintendo Switch a model for the whole family.
Shop Now 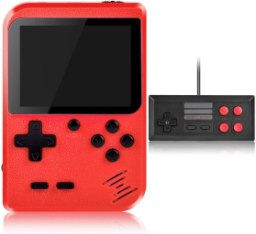 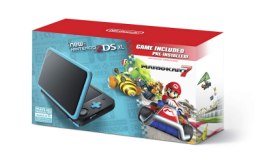 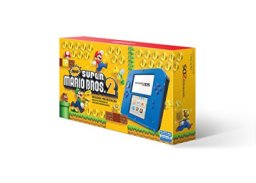 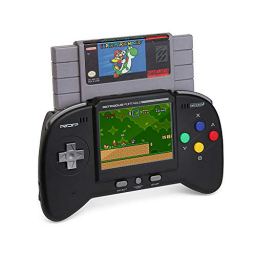 Top Pick
Retro-Bit
RDP - Portable Handheld Console
Bottom Line
The Retro-Bit RDP is one of the few portable consoles available that’s both fully licensed by Nintendo and works with original NES and SNES cartridges. If you’ve got an attic full of classic Nintendo games, this is the console you want.
Shop Now

Top Pick
PlayStation
Vita
Bottom Line
The ability to take an notable number of eye-catching games on the road makes the Vita the perfect mobile companion to the PlayStation 4, and although it may be on the way out, this is the perfect opportunity to experience its entire backlog of top-tier portable titles.
Shop Now 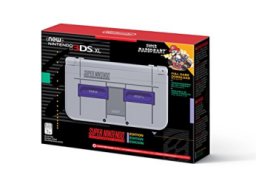 Top Pick
Nintendo
3DS XL Super NEW Edition + Super Mario Kart
Bottom Line
The 3DS XL is the fastest, most powerful hardware available for Nintendo’s 2DS and 3DS games. If you’re looking for an engaging portable gaming system that has a lot of games and doesn’t take a long time to figure out, this is the one to get.
Shop Now