Best Xbox One Games for Families

Lucky’s adventure to outfox Jinx and his catty kids is a sweet and vibrant journey that younger kids will enjoy exploring, as older kids and parents help to solve this game’s more complicated optional puzzles while discovering hidden collectables along the way.

Not multiplayer, so families will have to take turns playing as Lucky.

Minecraft gives players of all ages the ability to create, battle, and survive in a blocky universe that you can easily make your own. It’s constantly updated with free new content, and looks surprisingly good in 4K. Join friends playing on the Nintendo Switch, PC, and mobile devices. Play with up to 4 players at once.

There is a learning curve, but the game provides a handy tutorial.

Teaches kids the responsibility of designing and running a functioning zoo and plenty of facts about the real-world animals in their park, while having tons of fun playing with and caring for hippos, chimpanzees, tigers, elephants, lions, bears, and much more.

Sadly, zoo space is limited, so pick your favorite animals and attractions carefully.

The Kinect's spot-on motion tracking makes this collection of climbing, soccer, tennis, bowling, target shooting, and wake racing a blast to play with the entire family. The Kinect scanner does an excellent job of putting your likeness in the game, and it’s fun to customize your in-game twin with unique gear and outfits, too.

Kinect only; completely unplayable without this accessory.

Visit a colorful far-off planet to construct, maintain, collect, and combine a range of different lovable slimes to make even cuter hybrids. Discover how new slimes will interact, while trying to maintain order on your space ranch. These include Tabby, Crystal, Honey, and Pink slimes.

A single player game, with no plans for multiplayer in the future.

Buying guide for best xbox one games for families

Video games for families are more important than you might think. The more violent games enjoyed by older teens and adults aren’t suitable for younger players, and many of the brain-numbingly easy games intended for children aren’t particularly engaging for anyone over ten years old. Family video games have that perfect balance of accessibility – safe yet likable content plus something to do that’s genuinely fun for anyone who can operate a controller – and Xbox One delivers.

Since the Xbox One has a fairly large catalog of top-tier games for families, trying to find the right ones to entertain your loved ones could be a little intimidating.

That’s why we at BestReviews have put together this guide to help you to find the best games to enjoy with your family. We cover the key features to look for and the price you can expect to pay. We’ve even included a few of our favorites, too. 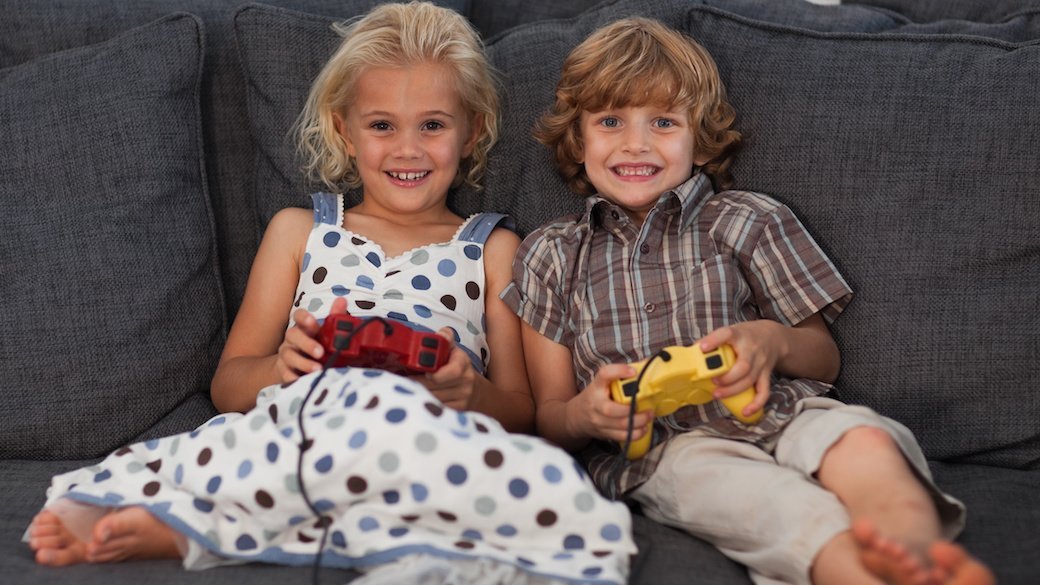 If you’re looking for a new Xbox One game to enjoy with the family, keep an eye out for games rated “E for Everyone.” This rating signifies that the game’s content is suitable for all ages.

Single player games have their place, but when the whole family gets together, everyone’s going to want to play together! Remember that multiplayer gaming doesn’t necessarily mean competitive play. For example, up to four players can team up to explore the vast wilds of Minecraft at once to find that many more diamonds, fend off herds of pesky skeletons and spiders, and uncover extra secrets together.

Family-friendly video games feature little that would be seen as objectionable content, and the harshest content descriptors these titles get often include cartoon or fantasy violence.

Take the motion-controlled Kinect Sports, for instance. Its “E for Everyone” rating includes a note for “mild violence” because, during the rock climbing game, players can grab and pull other climbers to force them to fall from the wall in the game, which makes unlucky players harmlessly dissolve into a burst of colorful pixels before reappearing moments later to desperately climb faster and make up for lost time.

Just because a game is kid friendly doesn’t mean that all kids will find it entertaining, much less fun for the whole family. Take the time to research a game’s major selling points, such as accessibility, creativity, and replay value.

We consider the Xbox One exclusive Zoo Tycoon to be an excellent example of a child-friendly and fun game with loads of inherent value because there’s so much to see and do to keep players engaged for a long time. Between completely customizing your private zoo’s layout, selecting which animals to adopt, wandering about the park as a zookeeper, and personally grooming and feeding realistic wildlife, kids and families alike who love animals will be occupied with this game for quite a while.

Since the concept of a “family” game is so open-ended, you’ll find all kinds of games from many different genres under this umbrella term, ranging from puzzle titles, cartoon platformers, epic adventures, and beyond. However, because we’re talking about family games on the Xbox One, there are a few exciting universal features to seek out when comparing new games:

Xbox One X Enhanced: Some games like Slime Rancher and Super Lucky’s Tale take full advantage of the Xbox One X by featuring superior load times, smoother animation, and more texture and detail, as well as gorgeous 4K visuals.

Single-player content: Family night with the Xbox One is great, but there are still plenty of outstanding single-player games out there, too. For instance, Slime Rancher boasts an impressively lengthy single-player adventure, and it’s just as fun to find and collect weird slimes by yourself as it is with your entire household cheering you on.

Xbox Play Anywhere: By buying certain digital games, such as Super Lucky’s Tale, you’ll have the ability to play them on both Xbox One and Windows 10 PC as long as you’re logged into your Microsoft account.

Did you know?
From your Microsoft account, you can set screen time limits for your kids by navigating to the family page, the Screen Time option, and clicking on your child’s name. Don’t worry, they’ll be notified in-game before their time runs out!
STAFF
BestReviews

One of the best things about shopping for family-friendly games for the Xbox One is how relatively inexpensive they are. While brand-new video games released by the biggest publishers usually sell for $60 and up, the average price for family games tends to be anywhere from $20 to $40. Even then, the newest family games on the Xbox One don’t tend to linger at that $40 price point for long. If you can wait a month or two, chances are pretty good that you’ll find it on sale before you know it. 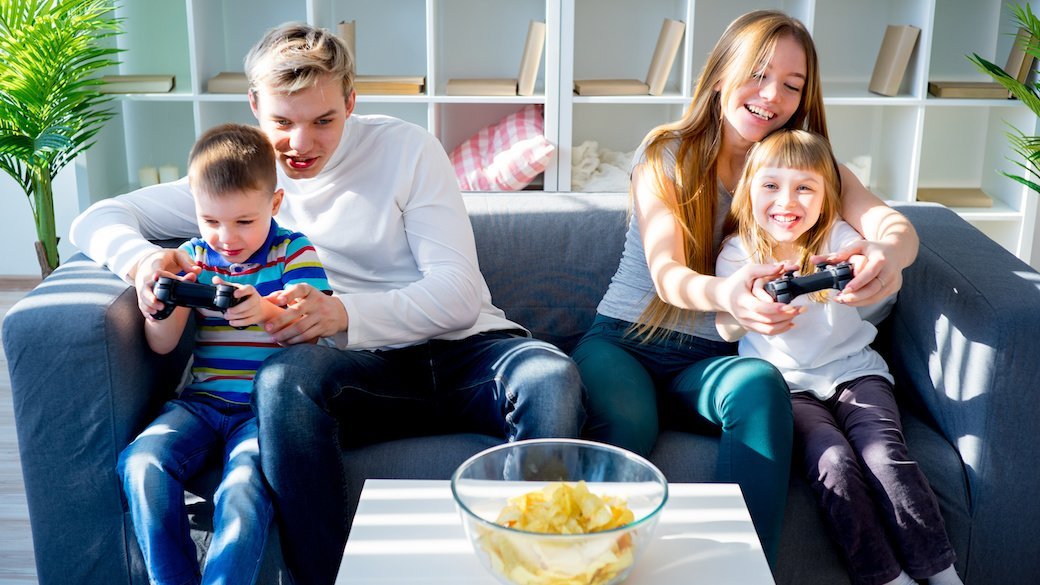 Don’t be put off by games rated “Everyone 10+.” They’re almost as inoffensive as E-rated games. The biggest difference is that there might be some core in-game mechanics that younger players could have difficulty with.

Q. How do I create an Xbox One passkey?
A. A six-digit Xbox One passkey provides an extra layer of security to keep your children from attempting to sign in as you to change parental controls and make unapproved purchases. Here’s how to set up a passkey for your Microsoft account:

Q. What accessories do you recommend for family gaming on the Xbox One?
A. Ultimately, it would be nice to give everyone their own designated controller, or at least have enough controllers in the home so that anyone can pick one up and play. Don’t forget to stock up on enough AA batteries and controller chargers to keep everyone in the game! Other optional and premium add-ons to improve family time with your Xbox One include a Kinect for active motion-controlled gaming, and a 4K TV for a prettier and more immersive experience overall.

Q. My family’s favorite game offers some bonus downloadable content for sale. Should I buy it?
A. Maybe! Downloadable content, or DLC, brings fresh content, characters, levels, and all-new ways to play to some of your favorite games. For instance, Super Lucky’s Tale offers a DLC add-on called Gilly Island, which features a tropical paradise filled with seaside puzzles and oceanic action levels. If your family really enjoyed the main game and absolutely wants to play some more, we encourage you to extend the excitement by grabbing some brand-new DLC! 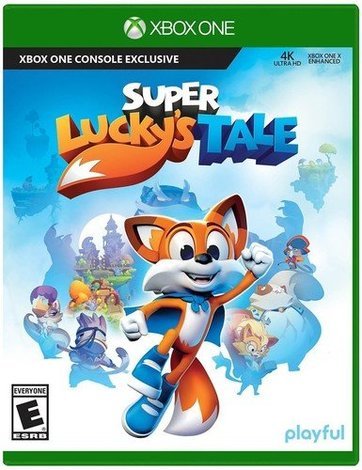 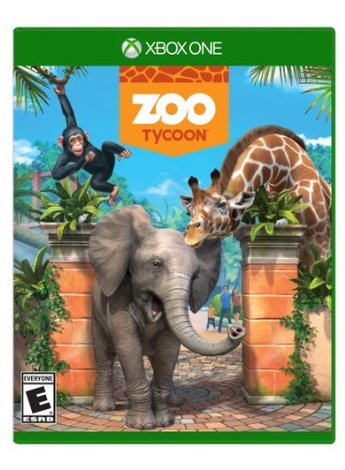 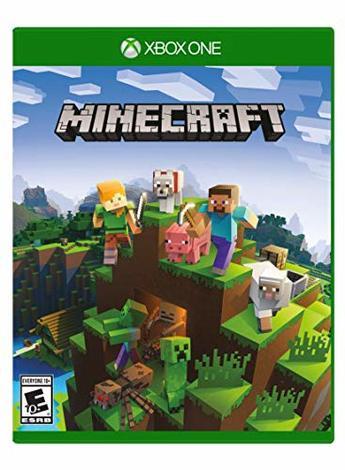 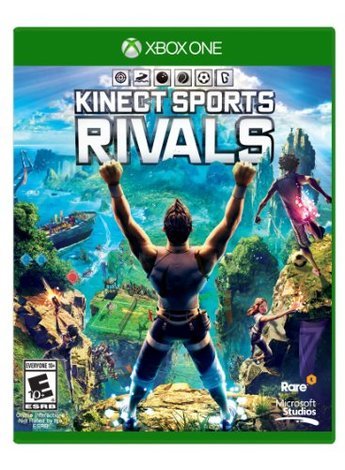 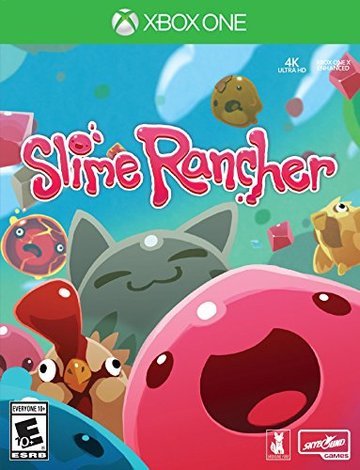