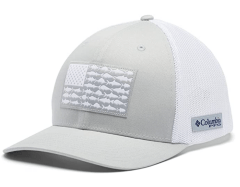 A trucker hat designed for fishing with a light, neutral, and patriotic design.

Made of cotton and elastane. Has a mesh back for airflow and a fabric front with a slightly curved visor. Features an American flag with fish instead of stripes and 2 logos. Available in different sizes and many color combinations.

Hat is not adjustable. 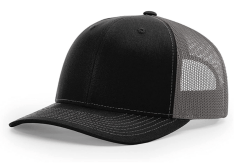 An unmarked hat with an adjustable strap and contrasting stitching.

Gray and black hat available in various color combinations. One size fits all. Has a strap behind the head with snaps. Made of polyester with a ventilated back. Offers a slightly curved visor and light-colored stitching.

Some reports of hats arriving misshapen. 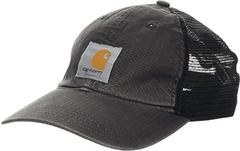 Made by a much-loved brand, this trucker hat has a vintage wash and is made with soft cotton.

Equipped with a moisture-wicking sweatband. Features the signature Carhartt logo front and center. Monochromatic design is simple and versatile. Rugged construction that is made to last.

A few reports that the cotton fades fast, especially when it's washed or worn outside often. 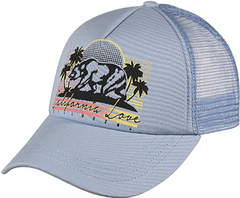 A laid-back design with trendy details made by a popular surf-inspired fashion company.

Made with high-quality polyester and mesh. Features a beach scene and bear. Snapback strap is easy to adjust. Brim is on the wider side for more sun protection. Available in a few design variations and colors.

A handful of wearers felt the hat either runs small or was designed for teens. 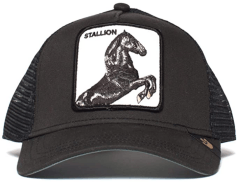 A snapback that is available in a wide variety of designs and has a sweatband.

Black trucker hat with a mesh back and snap closure. Features a rounded square patch with a black horse. One size fits all. Made of polyester and cotton. Has a slightly curved visor. Can be washed by hand. 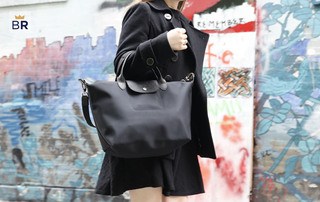 If you’re interested in fashion looks from the early aughts (also known as Y2K fashion), you’ve probably come across trucker hats. As the baseball cap’s low-key cousin, these hats started as a marketing tool and have since become a mainstream fashion item worn by dads and trendsetters alike. Paired with sunglasses, they are excellent UV protection. They also come in handy for those days when your hair isn’t cooperating.

Before you add this quintessential cap to your wardrobe, there are some factors to consider. For example, if you want to customize your trucker hat with patches, the hat material is important. You’ll also want to think about the style (there are a few), color, pattern, and fit. The choices are nearly endless, but a good buying guide and some well-reviewed recommendations can help you decide. 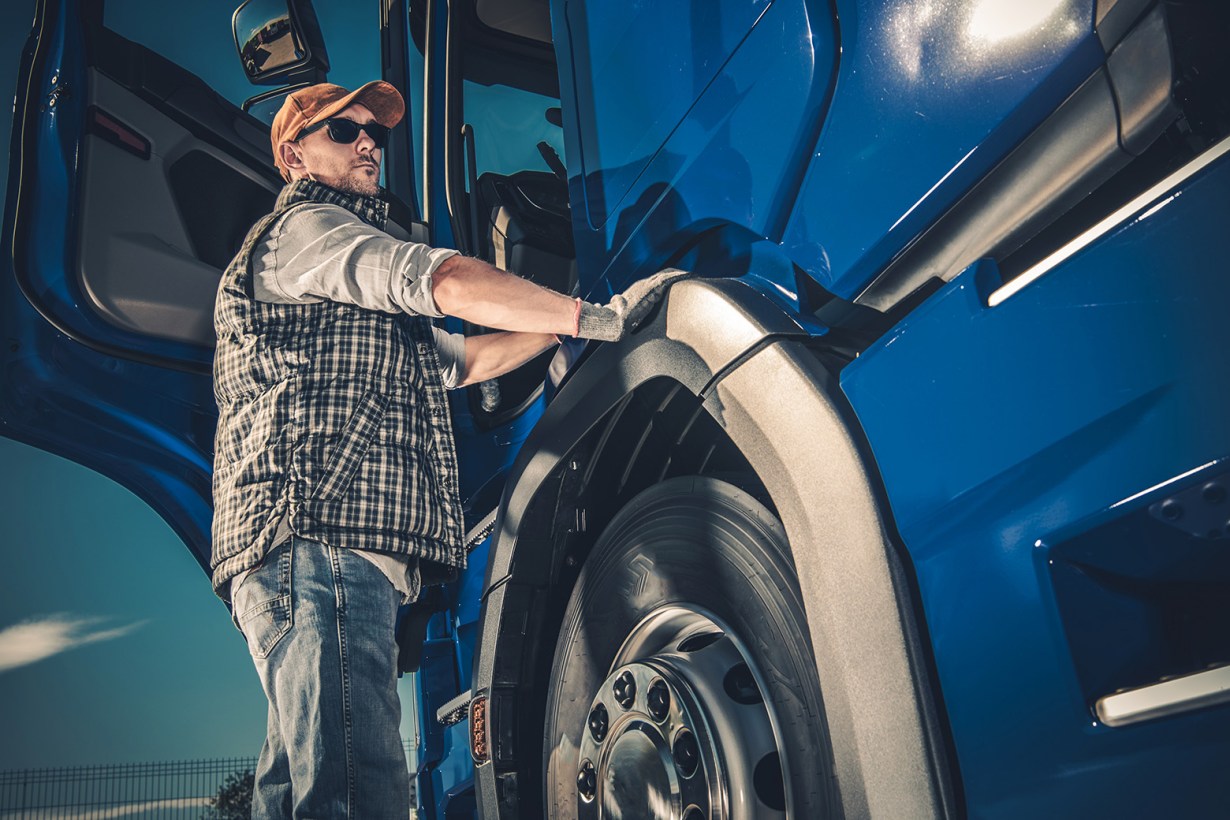 Break in your trucker hat by wearing it regularly. It will gradually mold to the shape of your head.

How to buy the best trucker hat

A short history of trucker hats

Trucker hats originally hail from the 1960s. Farm suppliers and equipment manufacturers were frequent producers and distributors of these hats. They were cheap to make (compared to baseball caps), and when emblazoned with a company logo above the bill made great marketing tools.

The trucker hat was a win/win for rural workers as well. The mesh backing and lightweight foam combined with the long bill made it an excellent choice for long workdays. Truckers took a liking to the hats and popularized them outside of the agricultural setting.

Soon, other companies began offering trucker hats as promotions too. Political candidates and transportation companies alike took advantage of the simple, convenient style, but it wasn’t until the early 2000s that the hat became the fashion item we know today. Rappers, skaters, and even celebrities like Paris Hilton often wore trucker hats. Since then, they’ve entered the fashion lexicon, for better or worse.

Trucker hats are technically a kind of baseball cap. Both have two main parts: the crown, which is what covers the head, and the bill, which juts out like a visor over the face. The crown typically has five or six panels that curve around the head and meet at the center top. There might be a fabric-covered button where the panels meet. The main difference between a baseball cap and a trucker hat is the materials.

Baseball cap: These are typically made of cotton or a cotton blend. Baseball caps have eyelets spread across the panels for better airflow.

Trucker hat: These hats have front panels of foam or cotton blend fabric, while the back is mostly mesh save for the adjustable snap closure. This makes the hat much more breathable and therefore better suited for long periods of outdoor work.

Trucker hats are available in a few styles.

Baseball trucker hat: This is probably the most popular style. It has a curved bill and five or six panels like those on baseball caps.

Snapback trucker hat: These are modeled after the snapback baseball cap. They have a flat bill, though there are a few with a curved bill. Many snapbacks have six panels, but some have seven or even eight.

Five-panel trucker hat: These hats have a shallower crown that’s flattened in the front and often, but not always, accompanied by a stiff bill.

Trucker hats are a mix of nylon and polyester, with mesh at the back and foam at the front and on the bill. Because of the materials, these hats are typically much lighter than conventional baseball caps.

You can also find these hats made of cotton or wool, just like baseball caps, as well as fashionable corduroy or denim. A hat made of natural materials will last longer than a foam hat.

You can spot clean a trucker hat using a toothbrush dipped in warm, sudsy water and scrubbing carefully.

Features to look for in trucker hats

Trucker hats are available in pretty much any color you can imagine. There are bright neons, off-white hats with logos on the front, as well as all-mesh hats. The color and pattern you decide on is a matter of personal preference. If you already have several plain hats in your closet, you might opt for one with a fun design. If you’re buying your first one, however, we recommend getting a hat in a neutral color like black, tan, or denim blue.

If you choose a plain hat or one with an inconspicuous logo, you might be interested in adding your own embellishments. Perhaps a few iron-on patches, buttons, or brooches are more your style. These hats can be customized pretty easily. If you plan to add iron-on patches, we suggest using a trucker hat made of cotton or a cotton blend rather than foam. The heat from the iron can melt a foam hat. 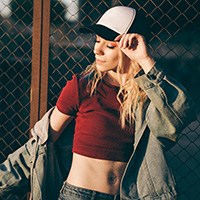 DID YOU KNOW?
In their early days, trucker hats were known as “gimme” caps or “feed” caps because they were free promotions given out by farm suppliers and equipment manufacturers.
STAFF
BestReviews

How much do trucker hats cost?

True to its blue-collar roots, trucker hats are very inexpensive. You can buy one for as little as $5. Most of these options are plain, possibly incorporating a logo or two. For better-quality options in this range, hats that cost around $15 are better in terms of choice and durability.

The sweet spot for these hats is $15 to $25. A number of trusted non-luxury fashion brands make hats in this range. While some of these are made of foam, there are also some made of cotton or cotton blends. You’ll also find a better selection of designs, colors, and patterns.

If you feel like splurging, look at hats that cost $25 or more. You’ll find more luxury brand hats at this price, as well as hats made of denim, corduroy, and other materials. The quality of these hats is far above average, something to consider if you think of trucker hats a wardrobe staple rather than a fad.

When styling a trucker hat, stick with graphic T-shirts and jeans or button-down shirts and jeans. These hats are not the headgear to wear with formal attire. 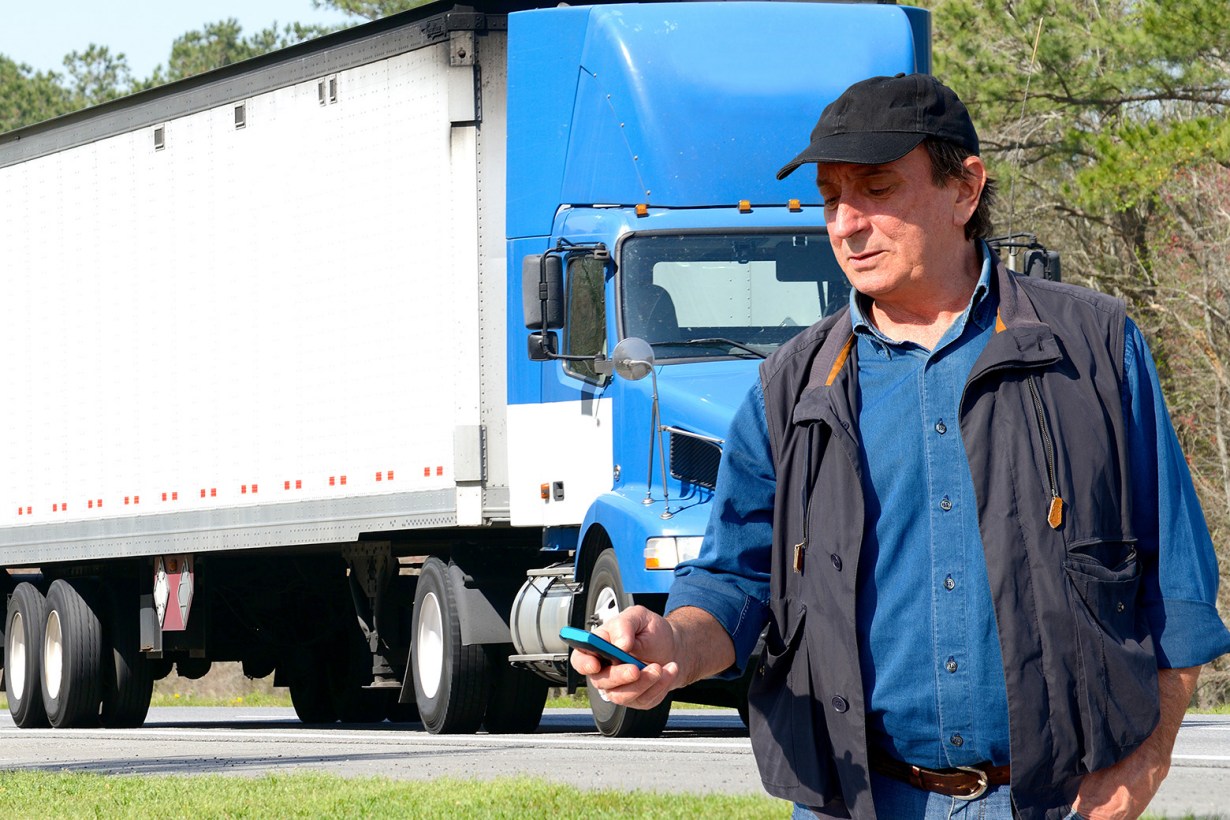 If you wear your hat all day, sweat and bacteria can build up in the fabric and cause it to smell. Air out the hat after you wear it. For maximum longevity, store your hat in a cool, dark place.

A. Yes. Like baseball caps, most of these hats include a snap or hook-and-loop closure in the back, which can be adjusted for the optimal fit.

Q. Can these hats be washed?

A. Absolutely, though we recommend hand-washing your hats. A machine can irreversibly damage the shape of the hat. To hand-wash your hat, soak it in some warm water and mild laundry soap. Rinse the hat with cool water until the water from the hat runs clear. Blot excess water with a dry towel. Stuff a balled-up dry towel into the hat so it holds its shape as it air-dries.

A. To many, yes. The style is simple and therefore easily customizable. Some people think these hats are tacky, but to each their own. (Style is subjective, after all.) If your hats are classic styles in neutral colors, they’ll probably never go out of fashion. 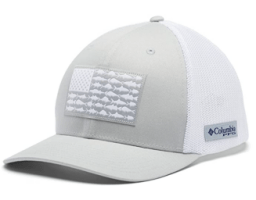 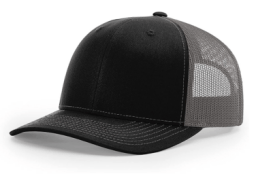 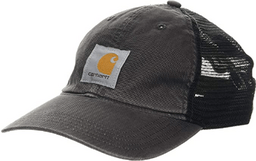 Top Pick
Carhartt
Buffalo Trucker Cap
Bottom Line
Made by a much-loved brand, this trucker hat has a vintage wash and is made with soft cotton.
Shop Now 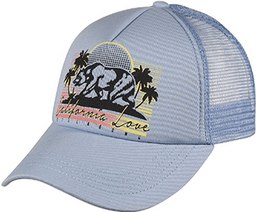 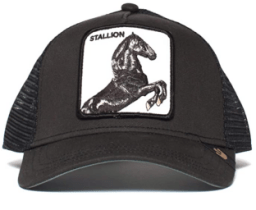 Top Pick
Goorin Bros.
The Farm Men's Trucker Hat
Bottom Line
A snapback that is available in a wide variety of designs and has a sweatband.
Shop Now 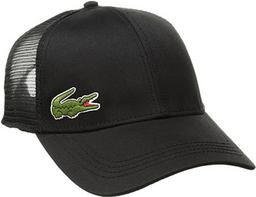 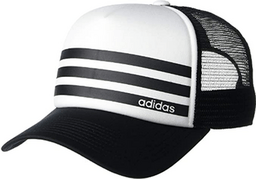 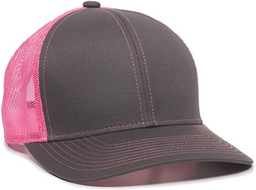