If you want a screen that’s easy to see and adaptable for large format, this phone gives a top-market performance and more than fits the bill.

Huge 6.3-inch screen with super sharp quad high definition (QHD) and organic light-emitting diode (OLED) is easy on the eyes. Settings can be adapted to larger format fonts and icons. Plenty of internal memory to store photos taken with the dual 16-megapixel and 12.6-megapixel camera. Snapdragon 855 processor ensures the phone can handle demand.

It's pricey, and the features may be overkill for users who want simplicity.

Seniors who like staying up-to-date or who like graphic-intensive gaming on their phones will be happy with this price-conscious update from Apple.

Affordable at half the cost of other new smartphone releases. Smooth running apps, thanks to top-rated A13 chip. Camera is high-quality. Accessibility features like larger fonts and icons, VoiceOver, Zoom and Magnify can be turned on quickly.

The 4.7-inch screen may be too small for some.

Despite its older technology, users with severely limited dexterity and vision stand by this phone for its tactile, easy-to-use features and built-in tracking capability.

Raised, large format analog buttons are front and center beneath a larger-than-usual 2.31-inch display. Includes an SOS button and a tracking feature that can help caregivers locate users. Flashlight can be activated with a side button.

Limited to few carriers due to its older GSM and WCDMA network compatibility.

Comfortable to hold and easy to use, this 3G phone is a popular choice for seniors and those with mobility issues.

Covers all the basics for cell service, and because it's unlocked, it works with major carriers and most MVNOs. Global compatibility thanks to its GSM standard. Thoughtful extras including an SOS button to summon help, an LED flashlight, and FM radio.

The increasing complexity of smartphones is not to everyone’s taste. Functionality can be confusing, and even the largest screens can be difficult to read when overloaded with apps. Many people are attracted by the simplicity and straightforward nature of jitterbug phones — and not only the seniors they were originally designed for.

There are lots of choices, and many of these devices are very affordable. However, the vast range of models and the associated health and safety services can provide their own challenges.

We’ve made a few recommendations that highlight the variety available, which could be the solution you seek. 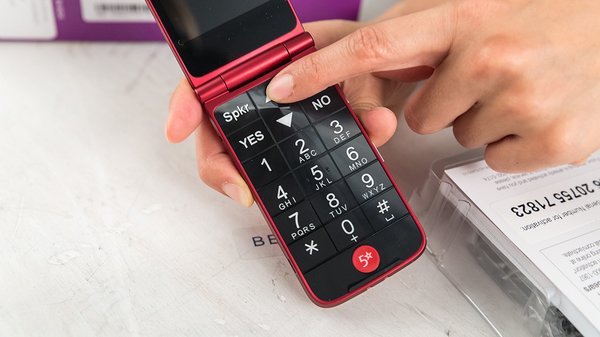 With some phones, a number of apps are built-in. You can add more, but you can’t necessarily modify the base set.

What is a jitterbug phone?

The concept behind the jitterbug phone is to provide a device that’s easy to operate for those who have reduced mobility, vision and/or hearing. Many of the phones also have built-in health and safety features, too.

The Jitterbug brand name belongs to GreatCall, a health technology company out of California that many see as the market leader. However, other smartphones for seniors have also come onto the market, and the term “jitterbug” is often associated with them, too. (For the purposes of this review, when we’re talking about GreatCall devices, we’ll use a capital "J," and for similar phones from different makers, we’ll use a lowercase "j" for jitterbug.) 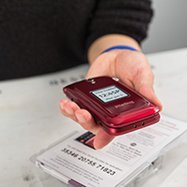 DID YOU KNOW?
Jitterbug phones were introduced by GreatCall in 2006. Strictly speaking, it owns the name. However, “jitterbug” has become something of a generic term for all senior-focused phones.
STAFF
BestReviews

Buttons: Some prefer a keypad, and several jitterbug phones have big, clear buttons with embossed numbers that are easy to identify and press. The solid feel is reassuring. The drawback is that you lose somewhere between 33% and 50% of the available screen. If all you’re looking for is a device to make phone calls, these phones are an effective and generally affordable option. If you want to take photos or access a greater range of services, this type of phone can be too restricting.

Touchscreen: These phones don’t necessarily have to be cluttered with dozens of apps. Many popular jitterbug phones may not have buttons, but the display offers terrific clarity and a simple list of functions in large, plain font that’s still easy to read.

Voice: Many smartphones don’t just operate via physical contact. Voice interaction is a possibility, and several of these phones use Amazon Alexa, Google Assistant or similar technology for spoken commands or composing and sending texts. Almost all jitterbug phones are hearing aid compatible (HAC) and offer volume controls suitable for people with hearing loss.

Answering: Check how easy it is to answer. Is it by pressing a button, pressing the side of the phone or swiping across a screen? If it’s a flip phone, does it need to be opened? Some can be answered without opening.

Size: Most jitterbug phones are a size that makes them easy to hold, but there is some variation. While a flip phone may be compact and convenient for carrying in a pocket or purse, if the person using the phone has limited dexterity, it might not be appropriate.

Durability: It’s also worth thinking about how robust the phone is. Physical limitations can mean that dropping happens more often, so a phone’s ability to withstand being dropped is another consideration.

Flip phones remain popular because of their compact size, and there are jitterbug versions available. While generally easy to use, you might want to consider whether the user has the physical capability to open one.

Internet: While service providers offer coverage that reaches most of the country, not all jitterbug phones provide internet access. Some, like the low-cost Jitterbug Flip, rely entirely on telephone networks. That has actually made many of these devices popular with younger users who are trying to disconnect from what they perceive as increasingly invasive technology.

Health and safety feature: While these are a major benefit for some, you don’t have to subscribe to them if you don’t want to.

Bluetooth: This is usually available for downloading photos to a tablet or laptop.

Camera: Basic models start at 2 megapixels, which is fine for snapshots. High-end models offer 12-megapixel cameras and all manner of photographic enhancements.

Video: Video recording and video chats are other possibilities. While some seniors might have limited mobility, other senses can remain active. Anything that provides stimulation is usually considered beneficial.

Radio: Some basic jitterbug phones have built-in FM radio and can usually take headphones via a jack plug. Of course, music access isn’t a problem if the phone can connect to the internet.

Apps: If you’re considering a full-on smartphone and a bunch of apps, then memory is a major factor. For security reasons, most apps now only use the phone’s internal memory and cannot be added on later.

Battery life and charging are also worth investigating. It seems the smarter the phone, the more frequently it needs recharging, and some apps are hungrier than others. A charging cradle or wireless charging is a good idea for anyone who would struggle with cables and small connectors.

DID YOU KNOW?
Don’t assume your jitterbug phone gives you internet access. Some are just for making phone calls.
STAFF
BestReviews

There is a lot of variety in the price structures used for jitterbug phones.

If you’re just looking at the cost of the handset, a cheap jitterbug phone can cost anywhere from $40 to $80, while more expensive models cost close to $1,000.

However, no matter what jitterbug phone you choose, the handset is only part of the total cost. Much depends on your network provider and associated services. You can often finance the cost of the handset over a number of months. Some companies also discount the handset in order to get your phone subscription. Some offer great deals if you sign a longer contract, though we’d advise caution with those.

It’s important to spend time examining your options. If it’s not clear what costs are involved, consult the manufacturer or carrier. If you’re not getting the help you need, move on until you get the right answers.

Senior care aspects are arguably among its biggest attractions, but what can you expect? The following are typical of what’s currently available in terms of health and safety, but you may not find them all from a single service. 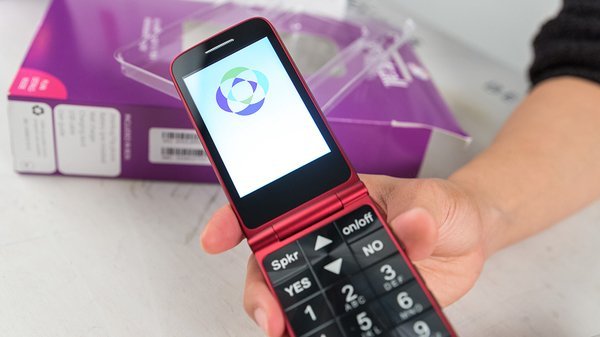 If you don’t want to give up your current phone, there are tracker apps you can install with useful features like GPS monitoring and fall alerts.

Q. Are jitterbug phones locked to a single carrier?

A. It depends on the brand. Some are locked to a single provider, though they usually have a range of plans so you can find something suitable in terms of cost and service. Some work on a variety of networks and technically are unlocked, but that doesn’t mean a particular carrier will necessarily provide service for them. This often changes, so you’ll need to investigate what’s possible at the time when you buy your phone. You can usually keep your existing number, even if you change the carrier.

A. You need to look at a particular phone’s specifications. There’s an international ingress protection (IP) rating standard that indicates just how well a particular phone resists dirt and water. If it doesn’t have an IP rating, it might be waterproof, but you’ve only got the maker’s word for it.

Q. Do American Association of Retired Persons (AARP) members get a discount on jitterbug phones?

A. If we’re talking about Jitterbug phones from GreatCall, then there are no discounts on equipment or plans. However, the AARP does assist with the apps offered with those services that are specifically designed for seniors' health and safety. Some manufacturers of similar devices and other service providers do offer AARP member discounts, but these vary, so you’ll need to check at the time of purchase.