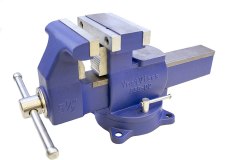 A quality, extremely versatile model that will last a lifetime or two, says our DIY expert.

Some quality control issues with steel casting and painting.

Boasts a solid steel construction, which is ideal in homes.

Solid steel construction is stronger than some higher-end vises. Large anvil space. The 360-degree swivel base locks down with pins. Ideal for home projects, such as woodworking or light welding. Great for hobbies, small repairs, and product assemblies. 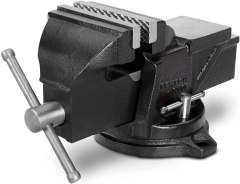 Decent mid-range model that is great for light to moderate use, according to our expert. 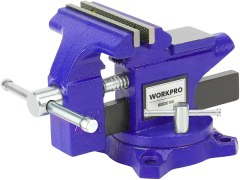 The powerful and multipurpose jaw makes this bench vise stand out, according to our expert.

Rotating base allows users to customize their workplace to personal preference. Stays sturdy on both flat and curved surfaces without slipping or scratching the material. Features 4 fixed mounting tabs and a simple 'T' bar.

May be more suited to light-duty projects. 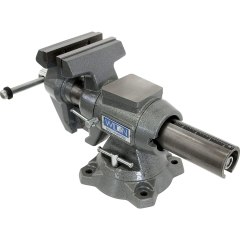 This traditional bench vise requires minimal effort from the user's end for setup and operation.

Paint and handle may be more fragile than they originally appear.

At first glance, a bench vise seems a straightforward item. Basic, robust engineering, with a simple function, and intuitive use. However, go looking for one, and you'll find you have a harder choice than you expected.

The wide variation between size, materials, jaw options, and more means there's a bench vise for nearly every application. Suddenly, it's not such a simple purchase. 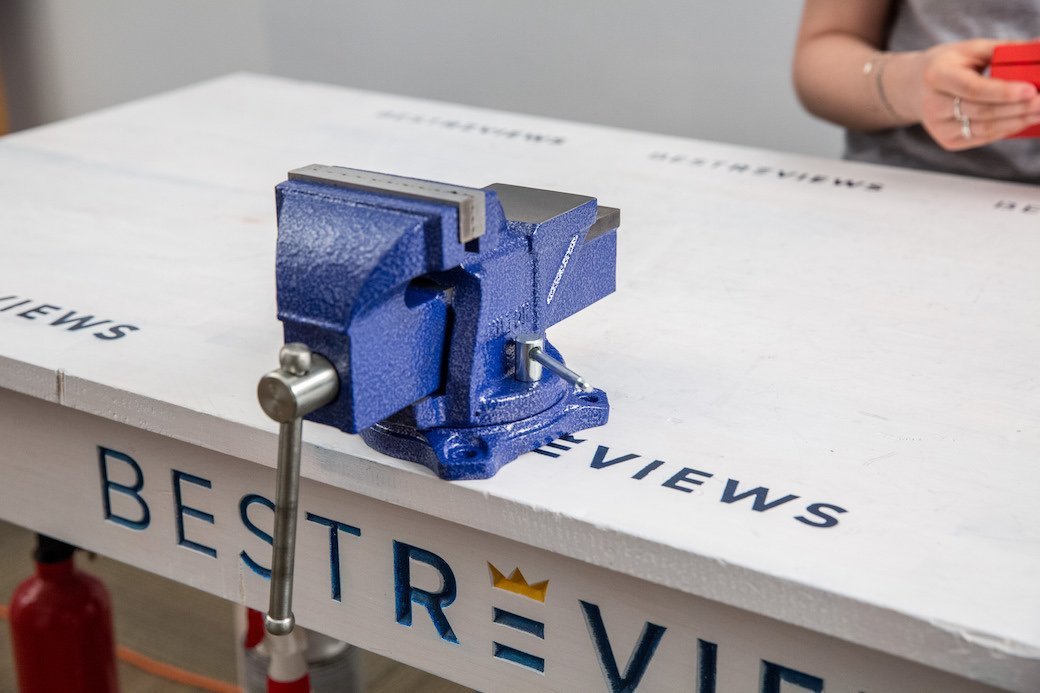 Check your bench is sturdy enough to support your chosen vise, and the kind of work you intend to do. Reinforce it if necessary.

The tool we're talking about here goes by several names: metalworking vise, engineer’s vise, machinist's vise, mechanic's vise, or workshop vise. They all fall under the umbrella of bench vises, so for the sake of simplicity, we'll use that term.

There are several other kinds of vise:

Expert Tip
Vises should be secured to a sturdy stable surface, nothing that can tip over when pressure is applied as you saw or weld.
Beth Allen
BestReviews Home Improvement and DIY Expert

All metalworking vises share a similar construction. The rear jaw of the vise is part of the base. It has two, three, or four bolt holes to fix it to the bench. The rear jaw does not move forward or backward, but the whole assembly may rotate. An anvil area is often incorporated.

The front jaw is fixed to a slide (sometimes called a beam), which is normally of square section, but with the bottom missing – like an upside-down “U.” Concealed within this slide is a long, heavy-duty, threaded bar. A winding handle is attached, in front of the jaw. Rotation of the handle moves this jaw, closing or opening the vise. Occasionally the beam is a round tube, with the threaded bar inside, though this is not common.

For your safety
Even a relatively cheap bench vise is a heavy object — thirty pounds is common. A big, heavy-duty model could be twice that. Be careful when you lift it, and when you fix it to your bench. It's a good idea to have someone to lend a hand.
STAFF
BestReviews

A bench vise has to exert considerable grip, and because it performs numerous tasks, it usually takes quite a pounding. Though you shouldn't strike the vise itself with a hammer, it often happens. So, it needs to be tough.

Low-cost bench vises often use steel, which is light and cheap. It's fine for light duties and for hobbyists, but it doesn't have the high resilience a professional would need.

The best bench vises are made of cast iron, and two variants can be found: gray iron and ductile iron.

This material's name isn't about color, rather it's used to indicate the presence of graphite flakes. It's the most common form of cast iron, used in everything from vises to stove tops. It's highly resistant to wear, doesn't rust easily, and isn't affected much by heat. Its only drawback is a lower structural strength than ductile iron. It doesn't take impact well, and in extreme cases can fracture.

For this reason, anvil sections on this kind of vise are often made of a steel plate, welded on. Steel will absorb impact – hammer blows, for example – without cracking, though it is possible to dent it.

This also contains graphite, but the particles are round. This gives it considerable extra strength and high ductility – hence the name. As a result, ductile iron is resistant to cracking, and anvil sections can therefore be made from the same material as the main body.

Except in the very cheapest bench vises, jaws are removable. They come in many different shapes, sizes, and materials.

Jaw covers are also available. These can be wooden, plastic, or nylon. They simply slip over the existing jaws for different gripping applications. As with replaceable jaws, engineers often make their own.

Expert tip
Support the length of long boards or pipes with a prop. Keeping your item level helps you get a better cut, and it helps you avoid injury to yourself and damage to your project.
Beth Allen
BestReviews Home Improvement and DIY Expert

Bench vises can hold all objects of all shapes and sizes, but there are some restrictions:

The width of the jaws

Jaws start from just two inches wide, but four inches is common for an entry-level bench vise. It's a good size for a hobbyist's tool. Sizes increase by half-inch or one-inch increments depending on the manufacturer. Six-inch jaws are probably all most home engineers will need, though eight-inch jaws are widely available.

How far the jaws can open

Jaw openings vary enormously. Mostly, they depend on the length of the slide. This can be a major restriction on the size of the item you can hold, so it's important to get it right. Some DIY bench vises only allow an opening of four inches. Professional-grade tools with reversible heads can open as wide as eleven inches.

The distance between the top of the jaws and the slide

This is referred to as the throat depth. Because of the way a bench vise is constructed, throat depth varies little. Even a cheap bench vise will have a throat depth of between two and a half or three inches, yet only a few top-quality models exceed four inches.

Though a bench vise is an uncomplicated device, there are a few features that make life easier.

Many bench vises have a quick-release feature. A finger-operated lever, attached under the front jaw, releases the screw thread. This allows the jaw to slide back and forward freely, and therefore more quickly. Releasing the lever re-engages the thread. The vise can't be fully tightened until this is done.

This is a common and useful addition. It makes it easier to position different parts of the workpiece in front of you, rather than having to move the piece itself. Beware, however, while some rotate through 360°, others may offer considerably less movement.

A few vises have rotating heads that can carry two sets of jaws. This gives fast access to the second set, saving you the time it would take to change jaws completely.

Expert TIp
Keep all moving parts of the vise clear of debris. Use an old toothbrush to clear any debris out of the vise.
Beth Allen
BestReviews Home Improvement and DIY Expert 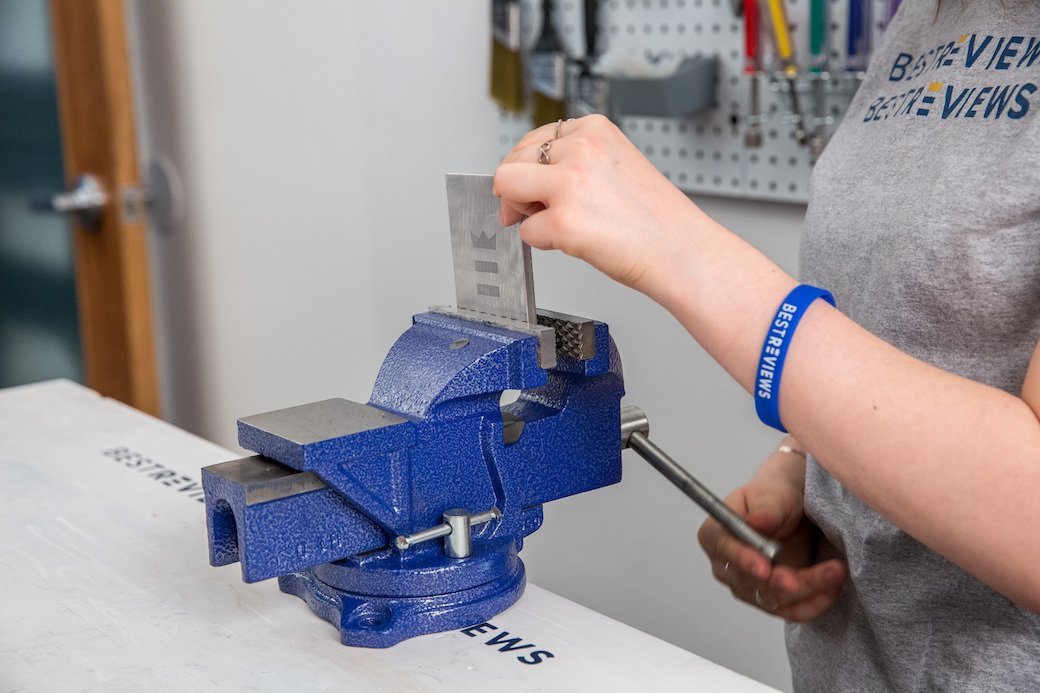 Whenever possible, position your item such that the working area is close to the jaws of the vise. This reduces flexing or vibration, and gives you greater control.

What does a good bench vise cost?

There are some very cheap bench vises around, but bear in mind that these tools exert a tremendous amount of pressure. Metal fatigue and stress fractures are common with poorly cast models.

You can get get a perfectly good four- to six-inch vise for between $50 and $100, which is not a lot of money for a tool you'll probably never wear out.

If you need greater capacity, or you want to invest in something that will take a lot of punishment, top brand bench vises run from around $150 to $250. 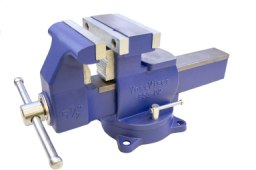 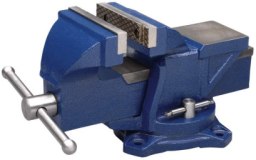 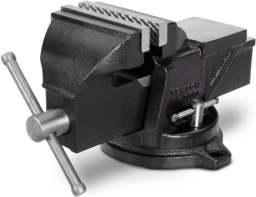 Top Pick
TEKTON
Swivel Bench Vise
Bottom Line
Decent mid-range model that is great for light to moderate use, according to our expert.
Shop Now 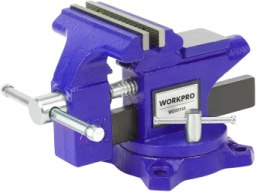 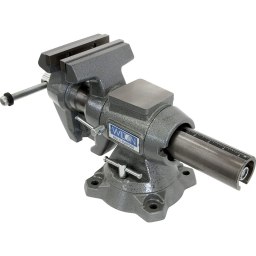 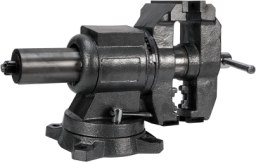 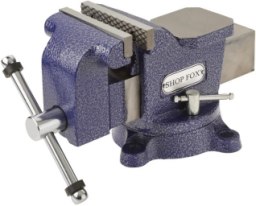