The unique color of this model is inherently brighter and easier to see.

Screen display does not rotate. The dot can seem small to some users. 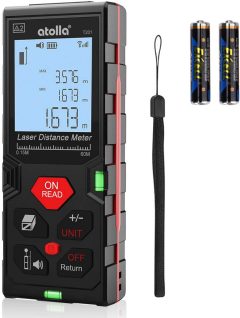 This option is best for the casual user who needs a tool for quick estimates.

Affordably priced. It is splash-resistant and dust-resistant. Equipped with a 20-measurement memory, and can function in multiple modes. Convenient one-touch mute button allows you to quickly silence the tool when quiet operation is required.

Has one of the longest ranges compared to other devices.

Excellent accuracy of 1/16 inch over a distance of 200 feet. Includes Bluetooth capability so you can transmit measurements wirelessly to a computer or mobile device. Will run on AAA batteries. Provides protection against water and dust. Will also calculate coverage area.

This reasonably priced choice offers a high degree of accuracy, making it best for precision needs.

The compact yet large, bright, easy-to-read LCD screen makes this model a favorite for many. It measures up to 165 feet with an accuracy that falls within 1/8 inch. Bluetooth functionality allows measurements to be quickly transferred to a mobile smart device.

Accurate device that works over a long distance and also carries a trusted brand name. 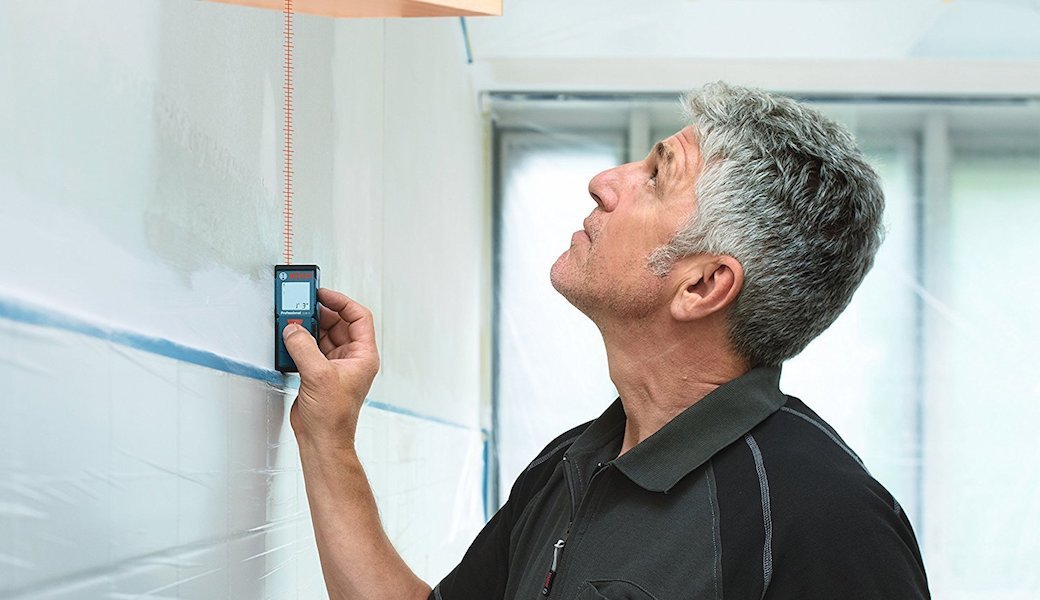 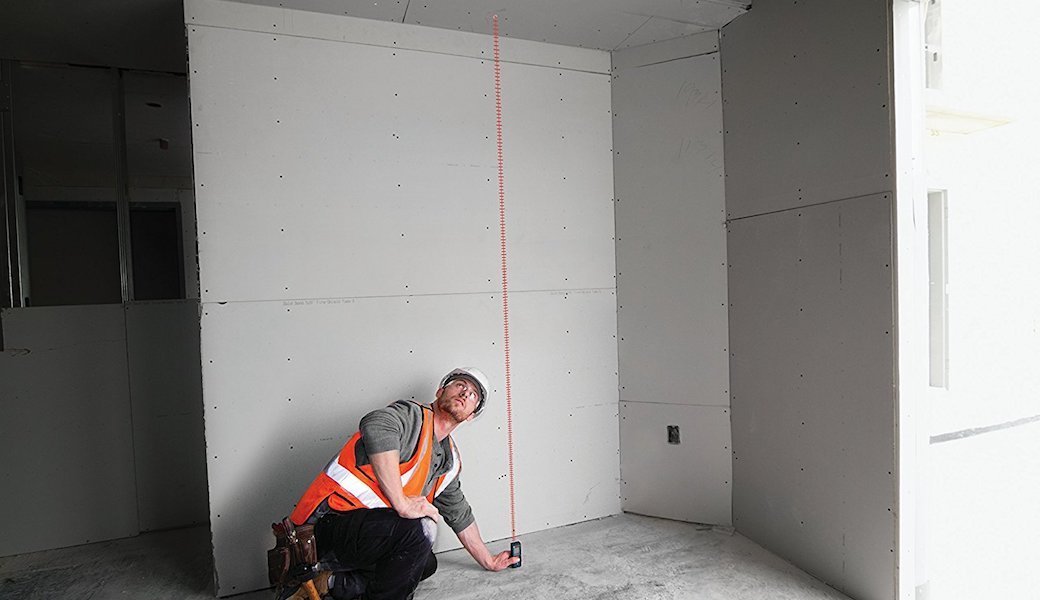 Best of the Best
Bosch
Green-Beam 165 Feet Laser Measure
Bottom Line
The unique color of this model is inherently brighter and easier to see.
Shop Now 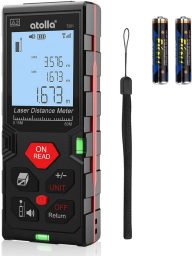 Best Bang for the Buck
atolla
Laser Measure
Bottom Line
This option is best for the casual user who needs a tool for quick estimates.
Shop Now 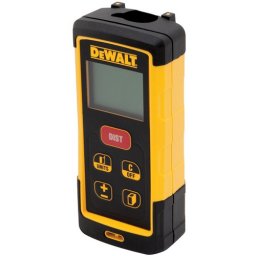