Fast and powerful model for studio-level photography and filming.

Apps can crash mid-flight, although rarely.

Not as durable as other DJI models. 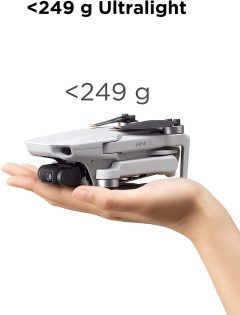 A stripped-down version of the Mini Quadcopter that still gets the job done.

Even though this model only shoots 2.7K compared to the Mini 2's 4K, footage still looks great thanks to improved wind resistance and safety features from the Mavic Mini. Weighs only half a pound and folds into a compact package.

Lacks most of the features that the Mavic Mini and Mini 2 carry. 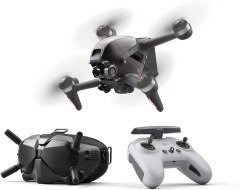 Offers an intense and immersive experience for racing.

Included instructions are difficult to understand, and setup can be difficult for beginners.

Based on our testing, this is everything you need for amazing footage; an excellent option for professional videographers.

Kit comes with extra parts for on-the-go repair and adjustments. The 1-inch image sensor can record 5.4K/30fps footage and up to 1 billion colors. Proximity sensors for safe flying at high speeds. In our user testing, the MasterShots feature provided various helpful angles for shots. Connection range of 7.5 miles.

After going through an intensive research process to narrow down our short list of top products in this space, we tested DJI Air 2S Drone to be sure that it’s worthy of our recommendation. Guided by experts, we spend hours looking into the factors that matter and test to verify manufacturer claims.

Whether you want a drone for a hobby or for work, there are plenty of models available. And if you’re looking for a reliable drone, you’ll want to stick with a well-known brand. One of the best drone manufacturers is DJI Technology. DJI drones are fun to fly, and they also take sharp-looking photos and videos.

DJI offers many different drone models, which means you can find a unit that meets your needs at a price point that fits your budget.

If you’re ready to learn more about DJI drone options, we at BestReviews have collected the information you need. This shopping guide can help you figure out which features are most important for your situation before you buy.

A camera drone is an unmanned aerial vehicle (UAV) that contains a built-in camera. Camera drones give you the ability to shoot video and still images and control it all with a remote. When you use a camera drone, you’re able to view the world in an entirely new way. You can see and record locations and perspectives not normally accessible. DJI has a large number of camera drones available.

To compare one camera drone to another, pay attention to the camera-related features in each model’s specification list. A drone with a better camera excels in the following.

The gimbal mechanism determines the stability of the camera on a drone. Entry-level drones have a two-axis gimbal, which doesn’t offer perfectly smooth video recording. Look for a DJI drone with a three-axis gimbal for the best results.

Most DJI drones give you the ability to see the live view from the drone’s camera on your smartphone or remote control screen. The best transmission systems operate over two frequency bands, so you can choose the one that has minimal interference each time you fly. Transmission distance is important, too, because it determines how far from the remote the drone can fly.

You can find DJI drones with a few different features that make them easier and safer to fly. If you’re a novice, having some of the following features in your drone can help you avoid problems

When purchasing a DJI drone, you can expect to pay between $500 and $2,000, with the more feature-rich drones at the higher end of that range. You can find drones from other manufacturers for less, but sticking with a well-known manufacturer like DJI has a few advantages, even if you pay more. DJI drones contain higher-quality parts than inexpensive brands, giving you better performance and longevity. More importantly, it will be easier to find name-brand replacement parts when you need them. If you purchase a little-known brand of drone, replacement parts could be scarce, making repairs difficult.

You can expect to pay between $500 and $1,000 for an entry-level DJI drone. These are aimed at beginners and have everything you need to start using them immediately, including remote and battery. Some of the newer entry-level drones can record 4K video, but HD video is more common.

You can expect to pay $1,000 to $2,000 for a more advanced DJI drone. All of these drones have cameras with 4K video resolution. They also ship with a battery and remote control, so you can begin using them immediately. Some of these drones also come with goggles, multiple batteries, and other advanced accessories to make them easier to operate.

Depending on how often you use your drone and how many extra accessories you want, your ongoing costs could run anywhere from $50 to $300 per year.

Some newer DJI drones give you the option of recording video at 5.2K quality, which is even sharper than 4K.

Q. How can I keep my DJI drone safe from crashes?

A. Careful piloting can only take you so far when trying to keep your drone safe. Sometimes, a crash simply isn’t avoidable. If you want to reduce your chance of crashing the drone, look for a DJI drone that has an advanced obstacle-avoidance system. Also, the quality of the remote control plays a big role in helping you control the flight path properly.

Q. How do I know if the DJI drone has a high-quality camera?

A. The image sensor (the chip that records the photos and videos) is the key component of any digital camera, including a drone camera. Image sensors are available in a few different sizes, and larger ones will outperform smaller ones – but bigger isn’t always better. Read through the specifications for the DJI drone to find the image sensor size.

Q. Do I want a large or small DJI drone?

A. A larger drone will give you a smoother flight than a smaller drone because the wind won’t affect the heavier drone as much. However, on average, a larger drone costs more upfront. If you want to transport the drone to remote locations, a large drone can be difficult to pack and carry over long distances. For travel or hiking, a smaller, lighter drone is preferrable.

Q. Why do drones have such short flying times?

A. Newcomers to drones might be surprised to learn that even top-level camera drones can’t fly more than 25 to 30 minutes without needing to recharge. Flying time for any drone is limited by the capacity of the unit’s battery. Recording video continuously reduces flight times, so drones that have cameras need even more battery power. Have extra batteries on hand so you can swap out a dead battery for a fresh one and continue flying. 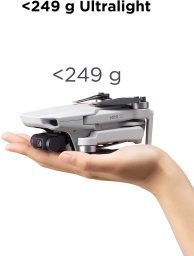 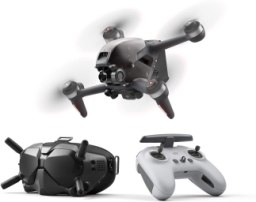 Top Pick
DJI
Air 2S Fly More Combo
Bottom Line
Based on our testing, this is everything you need for amazing footage; an excellent option for professional videographers.
Shop Now 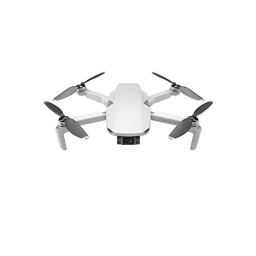 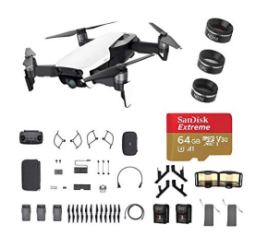 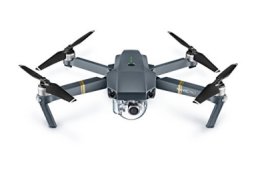 Top Pick
DJI
Mavic Pro Quadcopter
Bottom Line
An outstanding drone if you're in the market for a folding, portable unit that can take 4K video.
Shop Now 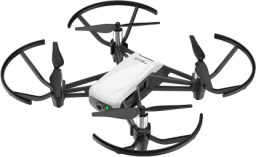 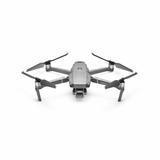 Top Pick
DJI
Mavic 2
Bottom Line
If you're looking for a drone that tops the list when it comes to photo and video quality, this model is worth the higher price tag and minor quirks.
Shop Now