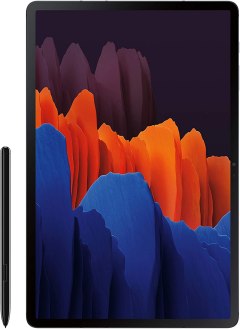 The power of the Galaxy S7+ befits the current top of the line in Samsung tablets.

A bit big and heavy for a tablet.

A well-designed tablet that weighs less than one pound, making it a popular choice for those on-the-go.

Offers up to 33 hours of mixed usage time with each charge. Captures high-resolution images with 5MP and 8MP cameras. Equipped with an efficient Qualcomm Snapdragon 821 processor.

Might not be ideal for those in need for more advanced technical use.

The Fire HD 10 is a speedy tablet optimized for consuming media like streaming shows and ebooks.

An especially affordable tablet that offers a large collection of entertainment apps. Features Alexa voice controls and stereo speakers. Boasts up to 12 hours of battery life. Available in 32GB and 64GB, and 4 colors.

Optimized for leisure rather than productivity. 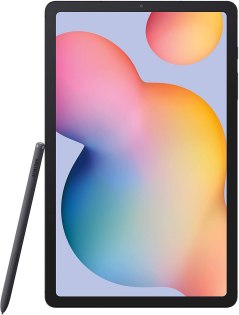 Power features in a handy size make the Galaxy Tab S6 Lite a great combination of features and price.

Bright, colorful 10.4-inch TFT screen. Checks in at just over a pound. Offers up to 13 hours of battery life. Affordable. Features with Dolby Atmos speakers for vivid sound. Comes with Samsung S Pen. Available in 3 colors.

Only goes up to 128 GB internal storage. 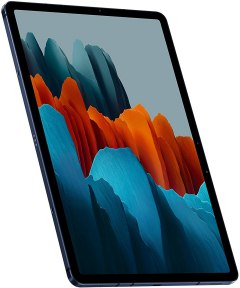 For those who want almost all the top-line features of Samsung’s tablet line in a slightly smaller package.

Doesn't come with a headphone jack.

Google’s Android mobile operating system is the most popular mobile OS on the planet. Every day, millions of Android users interact with the apps and functionalities that are essential to their daily lives. Android isn’t just for smartphones, though. It can now be found on mobile tablets from a wide variety of manufacturers. With an Android tablet, users can do everything they do on their smartphones but with a much larger screen and a more powerful set of internal components. If you’ve ever wondered what your Android phone would be like on steroids, now’s the time to look into an Android tablet.

That’s the good news. The bad news is that there are hundreds of different Android tablets available, ranging from models that are as fast as laptops to models that barely respond to touch input. We look at all you need to consider to pick out the perfect one and which features are essential. 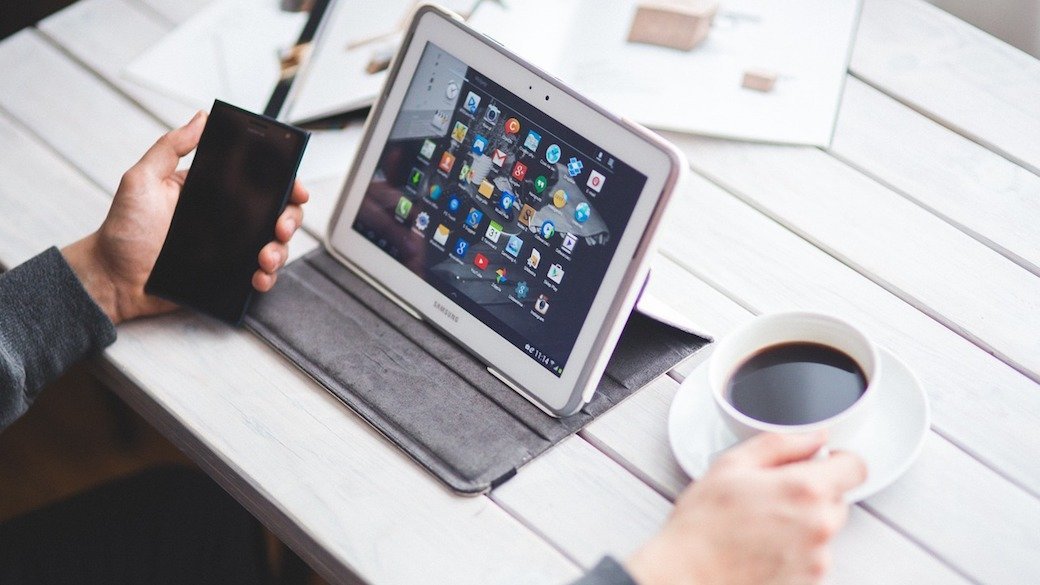 Google updates Android regularly, with each OS iteration named after a dessert food. Android version 7.0 is “Nougat” and version 8.0 is “Oreo.” For the most up-to-date features and security measures, buy an Android tablet that supports the most current version.

Before you get lost in a sea of technical specifications and jargon about Android tablets, consider these three questions:

What will you use your Android tablet for?

Consider your primary use cases – these should have the biggest influence on your decision. If you plan on using a tablet for watching movies in bed or casual web browsing from the couch, almost any Android tablet will do. If you want to use a tablet to take notes, you’ll need one with a bigger screen and good stylus support. Picture your ideal scenarios and then think about the tablets that best fit them in terms of size and power. Once you have a general idea of how big and how powerful you need a tablet to be, you can focus on models that meet your criteria.

How portable do you want your tablet to be?

All tablets are portable in theory, but in reality, they can weigh anywhere between two and five pounds. That may not sound like much, but your shoulders will be able to tell the difference after a day of carrying your tablet around. If you plan on taking your tablet lots of places with you, consider getting a lighter model or one with a screen on the small side. If you’re mostly going to keep your tablet in one place, portability matters a lot less, so that might be a good reason to go with a larger tablet.

Do you need a tablet with a headphone jack?

Ports for standard 3.5mm headphones are an endangered species, and it’s only a matter of time before they disappear altogether. If you’ve got a collection of hi-fi headphones, or you just prefer the simplicity of traditional headphones, make sure the tablet you buy has a headphone jack. If you buy a tablet without a headphone jack by mistake, that’s OK. You can always get an adapter for using the tablet’s native ports, or you can buy a set of wireless Bluetooth headphones.

There are a lot of different features to compare across the tablet market, but before you start comparing CPUs or RAM, consider the three features that will have the biggest impact on your overall experience.

Brand: Every manufacturer has its own approach to Android tablets, ranging from the quality of the build materials down to the look and feel of Android. Many brands have a strong reputation for making great Android tablets, such as Samsung, LG, or ASUS. Others, like HP or Acer, are known for shipping flimsy, buggy hardware. Stick with a name brand you know, and avoid getting an Android tablet that’s frustrating and underpowered.

Screen size: The screen size defines the tablet, so this is one of the first key decisions to make. If you want a portable Android tablet that can fit in a purse or a satchel, stick with models in the seven- to eight-inch range. If you want one that’s about the size of a sheet of paper, look in the nine- to ten-inch range. If you need an Android tablet with a larger screen, you’ll find many of them come on 2-in-1 laptops.

LTE support: Most Android tablets are WiFi-only, but some premium models contain an LTE radio, so you can pair them with a subscription to your wireless provider and get LTE internet on your tablet anywhere you go. If your tablet is mostly going to be used in areas where there’s WiFi, you don’t need to get an LTE-enabled model, but if you’re often out and about without WiFi and still want it to be able to get online, you should get one. Monthly subscription rates for LTE-enabled tablets vary based on your wireless provider.

Tablets in the $250 to $500 range represent the best value. They’re fast enough to support anything you want to throw at them, they run current versions of Android, and they come in sizes up to ten inches. If you need a tablet that’s fast enough to easily handle basic tasks and will perform well doing intensive work, this is the price range to keep in mind.

If you want the fastest Android tablet available, or you want a mid-range model with some high-end upgrades, plan on spending anywhere between $500 and $1,200. Tablets in this price range truly spare no expense: they have huge screens, a ton of storage space, and best-in-class processors. And best of all, these tablets hold their resale value better than cheaper models. If you know you’ll want an upgrade in the next year or two, it might make sense to spend more now. 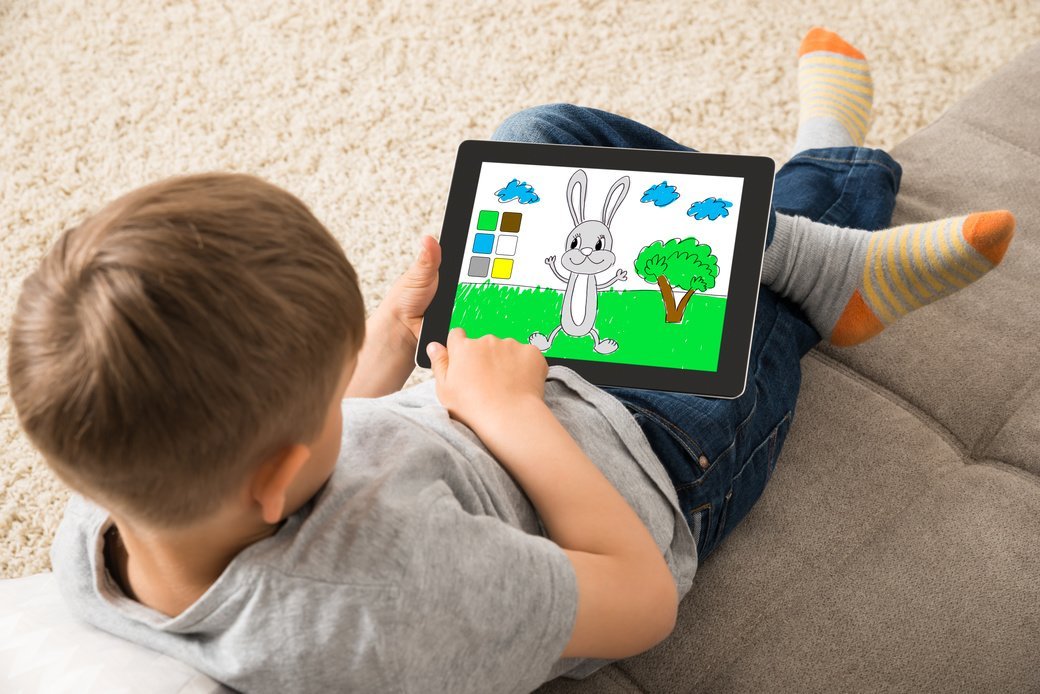 If you’re buying an Android tablet for a child in your life, first make sure you’re familiar with Android’s Restricted User Control feature. By using this feature found in the Settings app, you can create an account for the child that only accesses the specific apps you choose.

Q. Do I need to get a screen protector for my Android tablet?

A. WiFi standards have evolved over the years to deliver faster wireless internet speeds and the increased broadcast range on wireless routers. WiFi first hit the mainstream using the 802.11b standard, then evolved to 802.11g, then 802.11n, and eventually on to the current standard, 802.11ac. (Each standard is always backwards compatible with prior standards.) For the fastest WiFi available, buy an Android tablet with 802.11ac WiFi, and avoid buying one that uses an older, slower version of WiFi.

Q. Can I use a tablet as a monitor?

A. Sort of. With the right app, you can use your Android tablet as an additional screen for a laptop or desktop computer, but you can’t use a tablet as a primary monitor for another computer. To learn more, search the Google Play Store for second-screen Android apps. 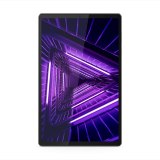