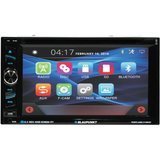 Sometimes stays on after ignition key is off. Issues reading some USB drives. 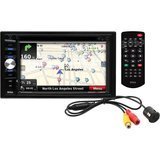 Screen needs to be manually dimmed at night. 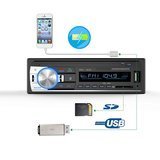 Has an abundance of input with USB, SD Card and auxiliary-in. 60 watts by 4 output and comes with built-in microphone for calls.

Voice sound during phone calls can be a bit grainy.

Best of both worlds receiver with CD capability as well as Bluetooth connectivity. Large digital display.

Display is a bit dim even on the brightest setting. 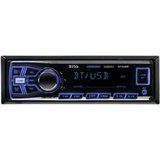 Half the price of the competition but with a lot of premium features. Bluetooth hands-free and Bluetooth audio streaming play. Includes two 6.5-inch speakers.

50 watts by 4 Max Power, Balance/Fader/Bass/Treble and preset built in EQ. Compatible with Audio out from Smartphones and MP3 Players.

There are a multitude of problems when it comes to listening to music while driving. You lose your favorite FM radio station after so many miles, good luck picking up an AM signal, satellite radio stations have limited playlists, and no one makes CDs anymore! Wouldn't it be amazing if you could just listen to your all-time favorite songs and playlists that are already on your phone? With a bluetooth car stereo, you can do exactly that – and more!

A bluetooth car stereo lets you listen to your personal collection of songs, stream music, listen to podcasts, and individualize your entertainment experience. No more wondering when your favorite songs will come up in rotation. Enjoy music without commercials, traffic updates, weather reports, or "witty" host banter.

But bluetooth technology sounds complicated. How does a phone communicate with a car? Do they have to speak the same language? Do certain stereos only connect with specific devices?

We at BestReviews are here to tell you the technology isn't all that complicated. After you read through our shopping guide, you'll see how effortless it is to find the right bluetooth car stereo for your needs. 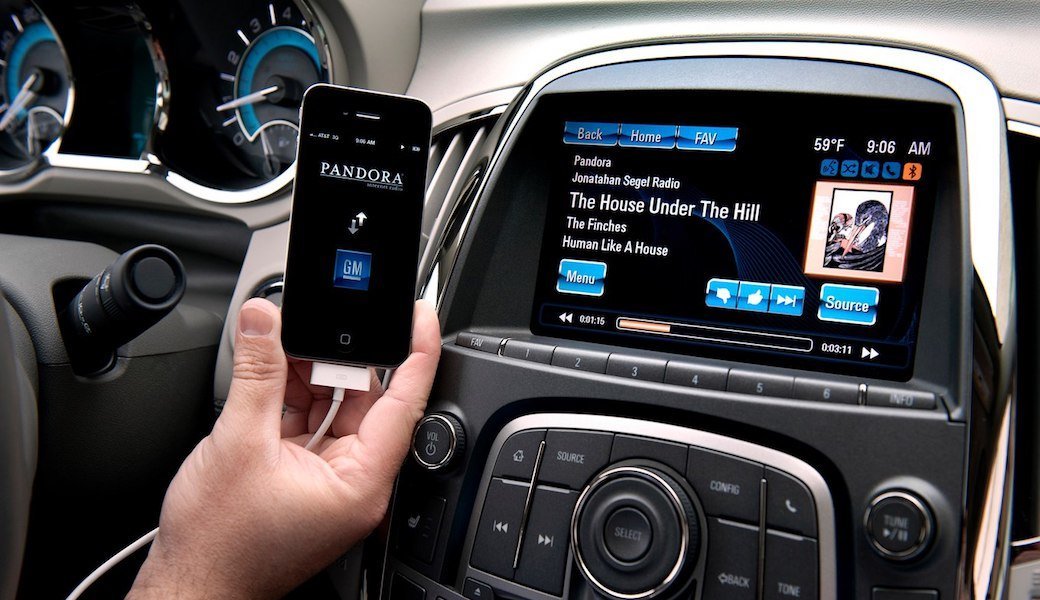 Unlike the infrared remote for your TV, two bluetooth devices don’t need a clear line of sight to transmit data. As long as the two devices are within range of each other, they’ll be able to communicate.

A bit about Bluetooth

Far more baffling is the name: Bluetooth. Where did that come from? Denmark, actually. The technology is named after Harald Blåtand, a Viking who was really good at bringing people together. And, if you haven't guessed it already, the English translation of “Blåtand” is “Bluetooth.”

Getting Bluetooth in your car

If your vehicle didn't come with Bluetooth capabilities, you have three options: add a universal Bluetooth car kit, install a Bluetooth adapter, or replace your factory stereo with an aftermarket Bluetooth stereo.

These little receivers plug into the auxiliary input of the factory-installed radio in your car. The simplest ones let your cell phone use the car speakers to broadcast streaming music. The more expensive models can function as a basic hands-free phone. A universal Bluetooth car kit is extremely adaptable because it can be easily moved from one vehicle to another, but you’ll be limited to the most basic functions.

Price: Around $10 is the starting price for a no-frills kit. If you want something with more features, you could pay as much as $100.

If you love your car stereo but it lacks Bluetooth technology, your best bet is to purchase a vehicle-specific Bluetooth adapter kit. You might get lucky and find a plug-in model, but many need to be wired in to take advantage of all they have to offer. Besides streaming music and making hands-free calls, you could also get steering wheel controls and access to Siri.

Price: Although you might find a few models for less than $100, most kits cost between $130 to $150. Be advised that for some manufactures it's going to cost closer to $200 for the adapter.

If you want the best of the best with the most features and versatility, look at an aftermarket Bluetooth stereo, which will completely replace the factory stereo that’s currently in your car. You can get just music streaming and hands-free calling if that's all you need, but you can have more – much more. You could also have built-in navigation, touchscreen interface, gaming system, and backup camera. If that's not enough, some models allow you to watch movies right on the display screen, too.

Price: Aftermarket Bluetooth car stereos range from $50 to over $300. The most basic models cost around $50 or $60. Add navigation and you'll be looking at $150 to $200. If you want to play games and watch movies, that will put you at about $250. There are even pricier units if spending over $300 is within your budget.

Although Bluetooth enables you to do some amazing things with your cell phone and car stereo, it is hackable. It’s advised that you shut off your Bluetooth (and WiFi) whenever it isn’t in use.

It’s beneficial to hold your cell phone as close as possible to the Bluetooth stereo when pairing because Bluetooth devices auto-pair with the strongest signal. If your passenger also has a phone, your stereo might try pairing with that device instead.

Bluetooth stereos let you do more than just listen to music and talk on your phone. The following are some of the features your (primarily aftermarket) Bluetooth stereo may or may not have.

AM/FM radio: Your aftermarket stereo replaces the factory radio that was originally in your car, so it’s designed to receive AM/FM radio frequencies.

Presets: This means you have quick and easy access to the stations and things you use most often.

Media and inputs: Besides wireless signals, Bluetooth stereos might also accommodate CDs, DVRs, USBs, MicroSDs, 1/8-inch inputs, and even RCA cables. Additionally, some can receive satellite radio and support gaming and other apps as well.

Steering wheel controls: The most frequently used controls on some Bluetooth stereos are conveniently located on your steering wheel. No taking your eyes off the road, just a finger tap on the steering wheel gets you what you need.

Hands-free calling: In many states, you aren’t allowed to use a handheld device while operating a vehicle. Hands-free calling allows you to make and receive calls without touching your cell phone. In many instances, the technology makes it similar to speaking to a passenger.

Speech-to-text: If you've got something to do that involves typing – like sending a text – the speech-to-text feature takes what you say and turns it into text. This is not only a safer way to communicate, it's faster, too!

GPS navigation: These days, it seems like people turn on their GPS just to go down the street to the gas station. We get it, it's a comfort thing. Many aftermarket bluetooth stereos come with GPS navigation and maps. If you do a lot of traveling to new locations or you just like hearing some positive reinforcement when you go to the grocery store, you'll want this feature.

Backup camera: What's harder than a three-point turn? Seeing behind you while backing up your van. But not if you have a backup camera. Connect a camera and effortlessly see everything that’s going on behind you. If you'd like to have that luxury, some bluetooth stereos offer it.

If you truly want to get the best sound from your bluetooth car stereo, go the extra mile. Replacing the factory speakers in your vehicle with high-quality ones will make a remarkable difference. You'll hear things you never even knew were in the music!

Q. What is the range of a bluetooth signal?

Q. Can my bluetooth stereo charge my phone while I'm using it?

A. No. Your bluetooth stereo is a receiver. Your phone sends data to the stereo via low-power radio waves. If your phone is running low on battery power, you can charge it via a charging port in your car while you’re using it, but the bluetooth stereo won't do that for you.

Q. Why won't my devices pair?

A. If you’re having trouble getting your stereo to discover your phone, the most likely reason is because your phone is already paired to something else. The quick fix is to simply shut bluetooth off on your phone, then turn it back on again. This should reset the phone so your stereo can discover it.

Other Products We Considered
The BestReviews editorial team researches hundreds of products based on consumer reviews, brand quality, and value. We then choose a shorter list for in-depth research and testing before finalizing our top picks. These are the products we considered that ultimately didn't make our top 5.
Kenwood
Digital Media Bluetooth Receiver
PIONEER
Digital Media Receiver with Built-in Bluetooth
aboutBit
Multimedia Car Stereo with Bluetooth
Aigoss
Bluetooth Digital Video and Audio Car Stereo
SJOYBRING
Bluetooth Car Stereo
The team that worked on this review
× 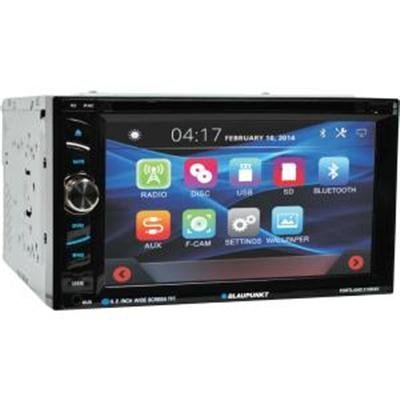 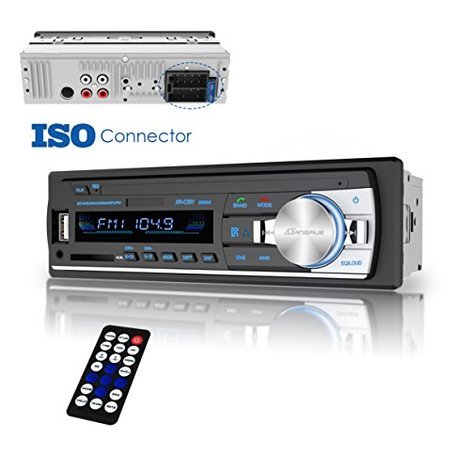 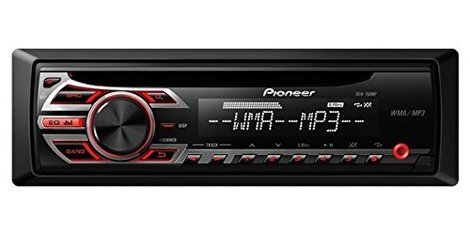 Best of both worlds receiver with CD capability as well as Bluetooth connectivity. Large digital display. 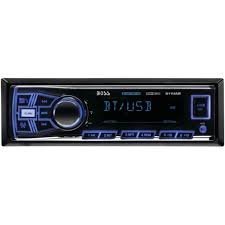 Half the price of the competition but with a lot of premium features. Bluetooth hands-free and Bluetooth audio streaming play. Includes two 6.5-inch speakers. 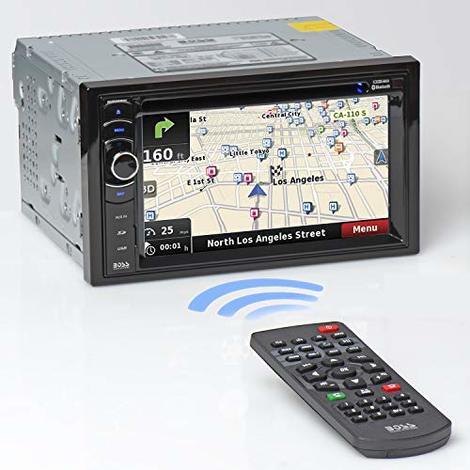