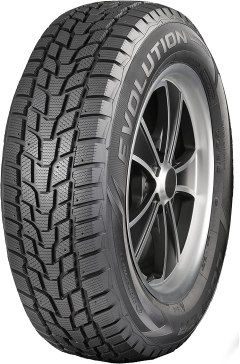 This tire is made to drive through even the heaviest snowfall and remain sturdy when turning and braking.

This all-terrain tire with a directional pattern for increased traction also has pre-drilled holes to add studs if necessary allowing you to drive on even the most frozen roads. At 17 inches, this tire fits most rims on standard cars and SUVs.

Doesn't work too well in mud. 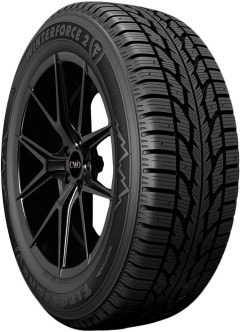 Firestone Winterforce is built for winter performance on passenger cars.

Can be noisy in certain driving situations. 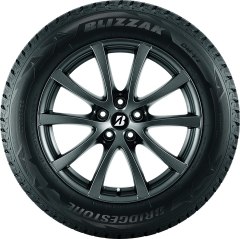 A superior winter tire designed with a next-generation multi-cell compound from Bridgestone that dispels water from the surface of the ice.

Superior performance in icy conditions. Tread pattern has more traction and grip in snow and slush. Has an enhanced contact patch to create a uniform dispersion of pressure where the tire meets the road. Improves stability when driving in winter weather.

Slightly heavier than the competition. 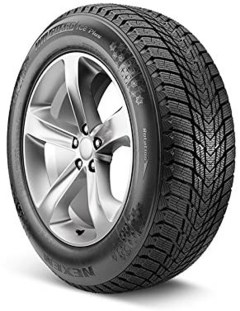 Prevents slipping when turning or braking with its dual V-shaped tread pattern.

This tire delivers high-performance results when driving in heavy snow and sleet. 3D block technology safeguards against the tire from becoming lopsided due to natural wear. Equipped with shoulder stiffness which adds to the tire's longevity. 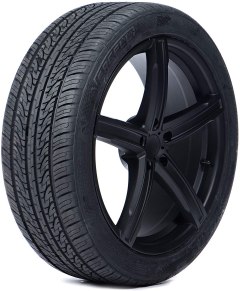 This snow tire can be used year-round with its low rolling resistance and quiet operation.

Made with a high-silica rubber compound that prevents sliding on wet or dry roads. The anti-slip tread pattern is great for any terrain and allows you to explore while you maintain traction and control.

Can wear down quickly after extended use.

When the weather turns bad, changing to winter tires has long been the preferred option. Although all-season tires are advertised as a complete solution, tire experts will tell you that these tires just don't offer sufficient grip when the snow is deep or the road is icy.

Anyplace where the temperature drops to freezing and below, winter tires offer increased safety for you and your family. As a result, tire manufacturers give you plenty of choices. 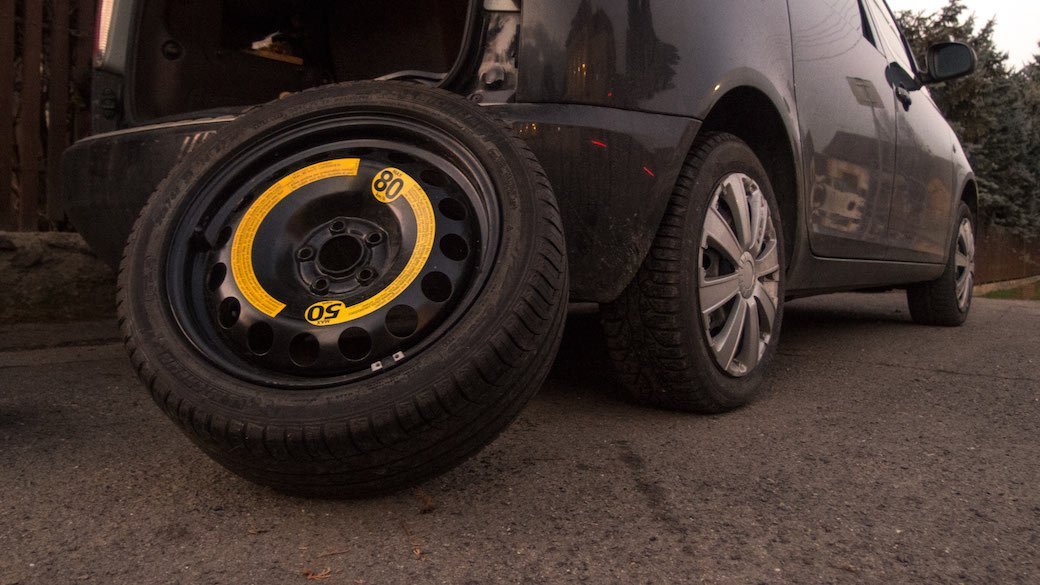 Pneumatic tires were invented in 1847 by a Scot, Robert William Thompson, but it took another 40 years before veterinarian John Boyd Dunlop developed one that was commercially viable.

All modern radial tires are made of a combination of fiber cords coated in rubber; steel wires (sometimes with Kevlar added) made into belts and layered together with more rubber; and an outer tread layer. These components give the tire a combination of flexibility (which it needs in order to absorb the sideways pressure exerted during cornering), overall strength, and grip.

Summer tires: These are constructed to put as much rubber on the road as possible. When the rubber warms up sufficiently, it gives maximum grip. Two minor compromises on summer tires include treads cut to disperse water when it rains, and comparatively hard rubber compounds – a middle ground between optimum traction and wear rate.

Winter tires: These tires have a much deeper tread, more defined tread blocks, and additional tiny cuts (sipes) in the individual tread blocks. They’re designed to do two jobs: slice through and claw into packed snow, holding some of it in the tread to provide increased traction.

The rubber used in winter tires is softer and more pliable and therefore provides more grip at low temperatures. Tire profiles tend to be taller, with squarer shoulders to maximize the contact area.

More aggressive tread blocks provide better directional control, resulting in you being able to steer the car where you want to go rather than the common problem on ice and snow of losing grip and drifting sideways.

One of the things that cause loss of grip on ice isn't the ice itself but a very thin layer of water resting on top of the ice. It creates an effect like aquaplaning in which braking makes little or no difference. Recently developed cell technology is being used to counteract this problem on high-end winter tires. Tiny pockets pull the water away from the surface of the ice and eject it behind, just like a summer tire does with rain.

Studs vs. no studs

Metal studs were first used in tires in the 1960s. The idea was that each stud would cut into the ice, giving extra traction as the wheels rotate. They’re very effective, too. Nothing gives a better grip – as long as there's ice to cut into.

The problem comes when there is patchy coverage or slush. The studs then either lose traction or cut up the pavement. As a result, studded tires are restricted or completely banned in large parts of the country. If you want to use studded tires, it's important to check your local statutes.

While most major manufacturers do offer studded winter tires, treads have to be thicker to allow for securing the stud. This means there's less choice.

For those who want the option, studdable winter tires are available. Supplied without studs but molded to accept them, studs can be added at the user's discretion.

Overall, there's a definite emphasis on rubber and tread technology that provides enhanced grip in all weather conditions and not just when there is thick ice on the roads.

Caution
Always buy tires of the right size and speed rating for your vehicle. Cutting corners to save money could be lethal. Look in your owner's manual and on the tire sidewall for specifications.
STAFF
BestReviews

Modern all-wheel drive and all-wheel steering systems offer increased traction and control compared to standard front- or rear-drive counterparts, but fitting winter tires to these vehicles still makes a significant difference. A survey by one major nationwide tire supplier found that stopping distances were shortened up to 35% using winter tires.

Anti-lock braking systems (ABS) and traction control are also perceived as helping grip in poor weather conditions. Unfortunately, that's not what they do.

ABS: ABS will stop your brakes from locking up if you press the pedal too hard. You may not skid, but if there's no traction between the tire and the road, you won't stop, either!

Traction control: Likewise, traction control will stop wheel spin if you're heavy on the accelerator, and it does a great job of balancing grip across all four wheels, but if you've got almost zero traction to start with, you're going to go nowhere fast.

The bottom line is that winter tires increase control no matter what you drive.

Safety has to be the primary concern, so we always recommend fitting winter tires in areas where weather conditions warrant it. However, it's only fair to point out a few negatives you ought to be aware of:

Expert Tip
Having a complete set of spare wheels and winter tires – rather than just the tires – is more expensive, but it makes it much easier to change them at home.
STAFF
BestReviews

Cheap winter tires are not something we would recommend. Your safety is more important than saving a few bucks.

Good winter tires are more expensive than standard tires, but they don't have to be prohibitive. Bear in mind they'll probably last several years. Tires you can trust from well-known brands start at around $80, depending on your vehicle.

Tires for SUVs and high-performance vehicles are normally more expensive than those for the average family sedan, but even top-rated winter tires rarely exceed $200. 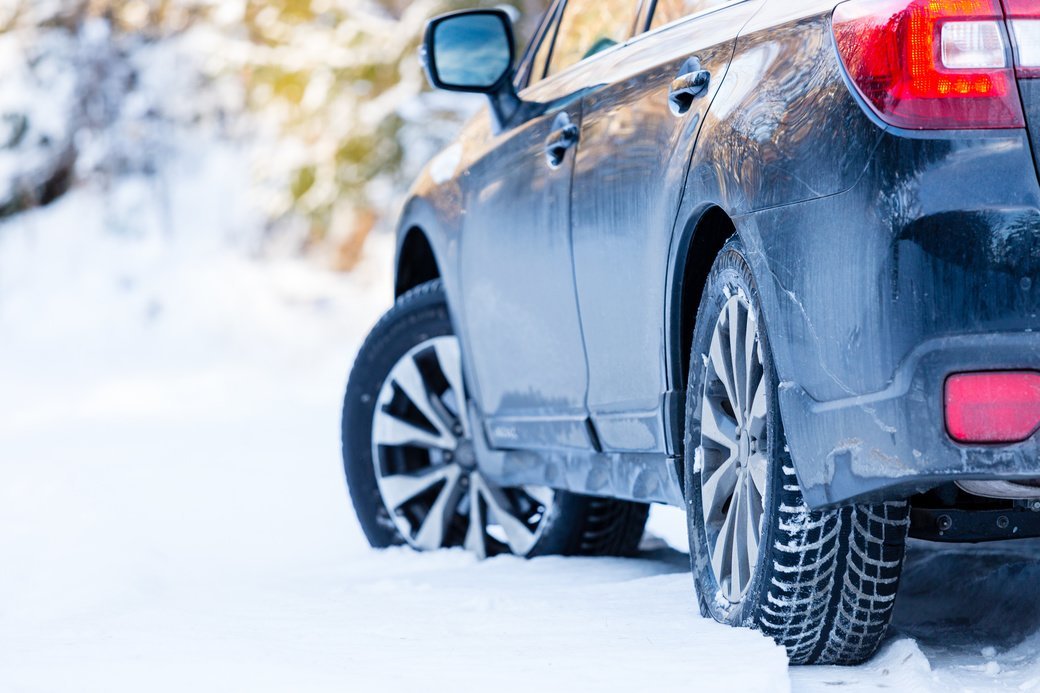 Winter tires work better than summer ones as soon as the temperature drops below 45°F. Don't wait until there's snow and ice on the roads.

Q. If I fit winter tires, do I still need snow chains?

A. It depends on where you live and where you intend to travel. Even using winter tires, snow chains still offer additional grip on roads that are completely covered with snow and ice. And there's another aspect: in some states (and National Parks) snow chains are mandatory in certain conditions regardless of the vehicle you drive or the tires fitted.

Q. I've got all-season tires. Do I really need winter tires, too?

Q. When should I fit winter tires?

A. You don't want to get caught out by sudden bad weather, so it's better to be early than late! October is a popular month. Tire manufacturers recommend fitting winter tires when the temperature drops below 45°F (7°C). 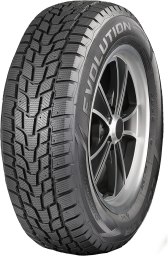 Best of the Best
Cooper
Evolution Winter Tire
Bottom Line
This tire is made to drive through even the heaviest snowfall and remain sturdy when turning and braking.
Shop Now 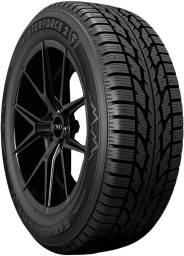 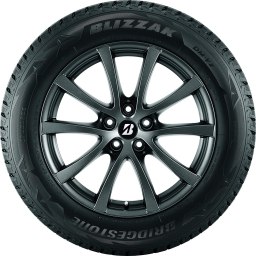 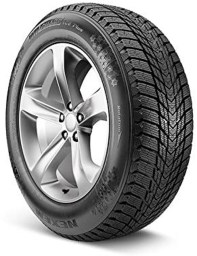 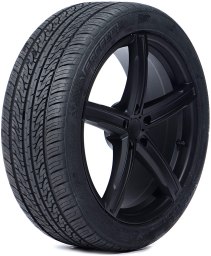 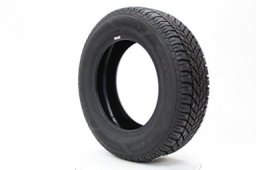 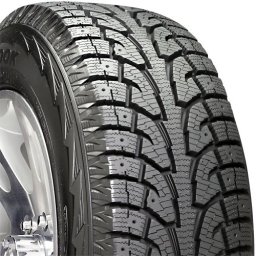 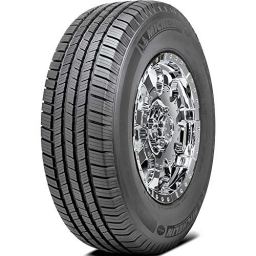