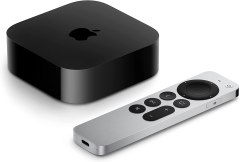 Smaller in every dimension and half the weight of the previous top model. Powered by A15 Bionic chip. Comes with 128GB of storage. Offers Gigabet Ethernet port for wired connectivity as well as WiFi. Supports 4K video, HDR10+, and Dolby Atmos audio.

Expensive for a streaming box. 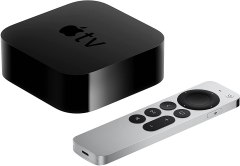 Essentially the same as the previous HD model, but with the redesigned Siri Remote.

Doesn’t cost much less than the 4K model. Older processor. 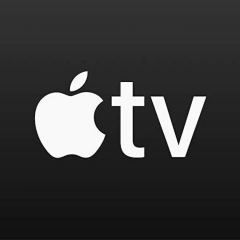 If you already have a streaming device, this app is a great option for exclusive content and AirPlay.

Compatible with and often preinstalled on Roku, Fire TV, Chromecast, and smart TVs. Access to iTunes library of purchased media and rental titles, as well as Apple TV+ exclusives. Enables AirPlay streaming on the Roku platform.

AirPlay not yet supported on Amazon Fire devices. Sometimes has higher prices than other streaming apps.

The Apple TV is Apple’s streaming device. With it, you can find, rent, and purchase movies, TV shows, music, and other content from Apple’s library as well as stream from a wide variety of popular services. An Apple TV device sits discreetly next to your TV set and acts as a one-stop clearinghouse for all your media and entertainment, especially if you’re invested in Apple’s ecosystem.

The first Apple TV device came out in 2006. Prior to its introduction, many set-top boxes came from cable or satellite companies or were DVRs for recording and playing back live broadcasts. By allowing people to store, play, and eventually purchase movies and TV shows directly on the device, the Apple TV helped establish the era of internet-based media distribution.

Since then, the Apple TV has only gotten smaller and sleeker. The current design came out in 2010. It’s now able to act as the hub of a smart home as well as a place to play games, cast content, and even participate in video-based fitness. 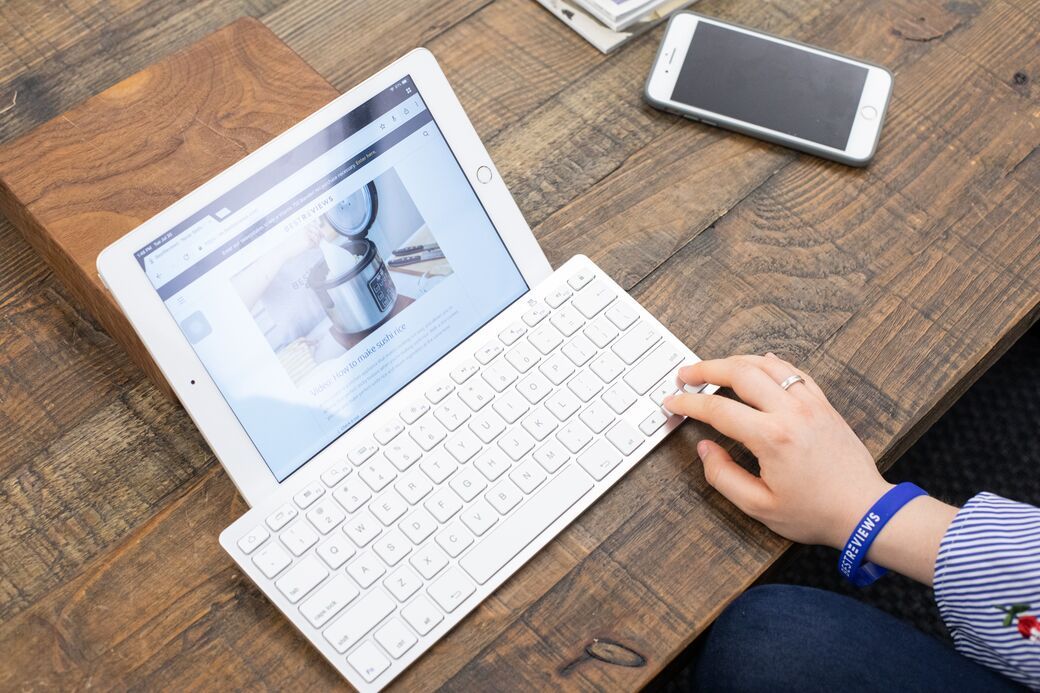 The Apple TV runs on the same family of chips as the iPhone and iPad.

How to choose the Apple TV for you

The Apple TV comes in two versions: 4K and HD. The Apple TV 4K plays video at up to 4K resolution. It accepts 4K video from sources such as Netflix, Youtube, and Amazon, and 4K video shot from a smartphone or camera. It comes in two models by storage capacity: 32 GB and 64 GB.

The Apple TV HD is an older model. Its maximum output resolution is 1080p. That’s still fine for almost all older or legacy media, but it won’t be able to handle 4K or newer sources, and its older processor and specs may not be able to keep up with future OS versions.

Both models of Apple TV share the same physical characteristics and design: a small, square, unobtrusive black box with rounded corners. Both have a power cable that plugs directly into the device without a big power brick. Both offer one HDMI port and an Ethernet port for wired networking. Both connect via WiFi or Bluetooth as well as an IR receiver. The Apple TV HD also has a USB-C port, but it’s primarily for support and diagnostics.

While it can be attractive to buy the model with the largest possible storage, you may not really need it. The Apple TV is primarily a streaming box, and its performance depends mostly on the speed and reliability of its connection. It uses onboard storage for rental movies, apps, and games, and it loads or unloads resources in the background as necessary. You may find 32 GB more than adequate for watching a movie or your favorite shows. If you plan to use a lot of apps or play a lot of multilevel games, 64 GB may fit better.

What about the Apple TV app?

The Apple TV app is a streaming app like those of Netflix, Amazon Prime, and Hulu. It’s available on Roku, Amazon Fire, and Google TV, as well as on most smart TVs that use those platforms or Samsung TV. It offers access to Apple’s Apple TV+ streaming service, plus its library of content for rent or for sale, as well as acting as a hub for other streaming services like Paramount+ or Showtime.

The Apple TV app works well as part of a smart TV or streaming device’s lineup of apps, and if you already have one of these devices or don’t want to add another box to your home theater setup, you can use the Apple TV app to watch Apple’s content and library. But you won’t have the benefits of the Apple TV’s processor, storage, and OS. See our picks for best streaming devices and best smart TVs. 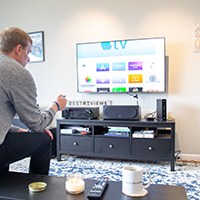 Did You Know?
Apple TV runs on tvOS, which is based on iOS and uses most of the same underlying technology.
Staff
BestReviews

What features does the Apple TV have?

The Apple TV 4K runs on Apple’s A12 Bionic system-on-a-chip, part of the same family that runs its iPhones and most of its iPads. In fact, it’s the same model that was used in the iPhone XS. It’s a powerful chip that allows the Apple TV 4K to implement Dolby Vision, picture calibration, multi-user support, and more realistic gaming.

The Apple TV HD runs on the A8 processor, which was introduced with the iPhone 6. It’s still a capable chip, but it may be getting long in the tooth, especially as the OS and audiovisual technologies become more demanding.

The Apple TV comes with the Siri remote, a remote control that employs Apple’s virtual assistant. Its touchpad allows scrubbing and playback control, while the audio interface lets you find content using natural speech. It’s also rechargeable, but you can’t recharge it from the Apple TV, as the Apple TV 4K doesn’t have a USB port, and the Apple TV HD’s port is only for diagnostics. The Siri remote doesn’t have an accelerometer or gyroscope, so it’s not ideal for gaming on Apple Arcade.

The Apple TV 4K and Apple TV HD both support Apple Arcade, a game subscription service that can be played across Apple’s devices. While the Apple TV is not a gaming console on the level of Sony’s PlayStation or Microsoft’s Xbox, its support for Apple Arcade games adds a lot of value to its role as a compact, all-in-one entertainment device.

The Apple TV also supports Apple Fitness+, Apple’s trainer-guided exercise video service. On an Apple TV, you can follow your desired fitness classes all on your TV’s screen.

The Apple TV acts as a hub for Apple’s HomeKit smart home technology. Having a hub allows HomeKit-enabled devices, such as smart thermostats, smart bulbs, home security systems, and others, to interact and coordinate with each other. With HomeKit on the Apple TV, you can view security camera feeds on your TV set and control HomeKit automations and scenes from the Siri remote.

AirPlay 2 is a protocol Apple created for casting content from compatible devices, including its iPhones, iPads, and Macs, to a variety of electronics, such as smart speakers, TV sets, and streaming devices. AirPlay 2 on Apple TV devices even allows casted video to play picture-in-picture over other content.

Many smart TVs and streaming devices also feature Apple AirPlay 2. However, these implementations can be a little buggy.

What can I add to the Apple TV?

While the Apple TV boasts Dolby Atmos support for spatial audio, it doesn’t have any audio-out ports, meaning you can’t attach it directly to speaker systems or receivers. But the Apple TV does support wireless output via Bluetooth and AirPlay 2 to compatible speakers and speaker systems. As you might expect, it has robust support for output to Apple speakers and headphones like the HomePod and AirPods. You can output audio to multiple pairs of AirPods for private listening of a TV show, movie, or Apple Arcade game, or use a pair of HomePods or HomePod minis to create a virtual surround system.

Even with its small size, it can be desirable or helpful to mount the Apple TV to a wall or cabinet. Mounts and mounting brackets attach securely to a surface and hold the Apple TV firmly without damage or permanent modifications. Some mounts even include a place to keep the Siri remote.

If you want to take advantage of the Apple TV as a gaming system with Apple Arcade, you should look into pairing a game controller. Game controllers are familiar to anyone who has used a gaming console. They offer a comfortable design with joysticks, triggers, and control buttons, as well as accelerometers and gyroscopes, to make gameplay more intuitive and exciting. The Apple TV is compatible with certain Xbox and PlayStation controllers as well as a variety of Bluetooth-compatible third-party controllers.

The Apple TV connects to your TV set via an HDMI cable, which doesn’t come included. A good HDMI cable is sturdy and durable and helps picture quality, device control, sound, and more. See our picks for best HDMI cables. 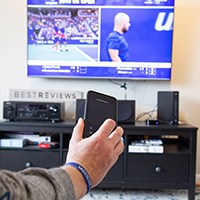 Did You Know?
With SharePlay, you can synchronize viewing with multiple people with a FaceTime call and then cast the show or movie to Apple TV.
Staff
BestReviews

How much does the Apple TV cost?

The Apple TV app comes preinstalled on most popular streaming devices and smart TVs. Subscriptions, rentals, and purchases are extra.

The Apple TV 4K 64 GB model costs around $199 and comes with the Siri remote. It also comes with a three-month free trial of Apple TV+. 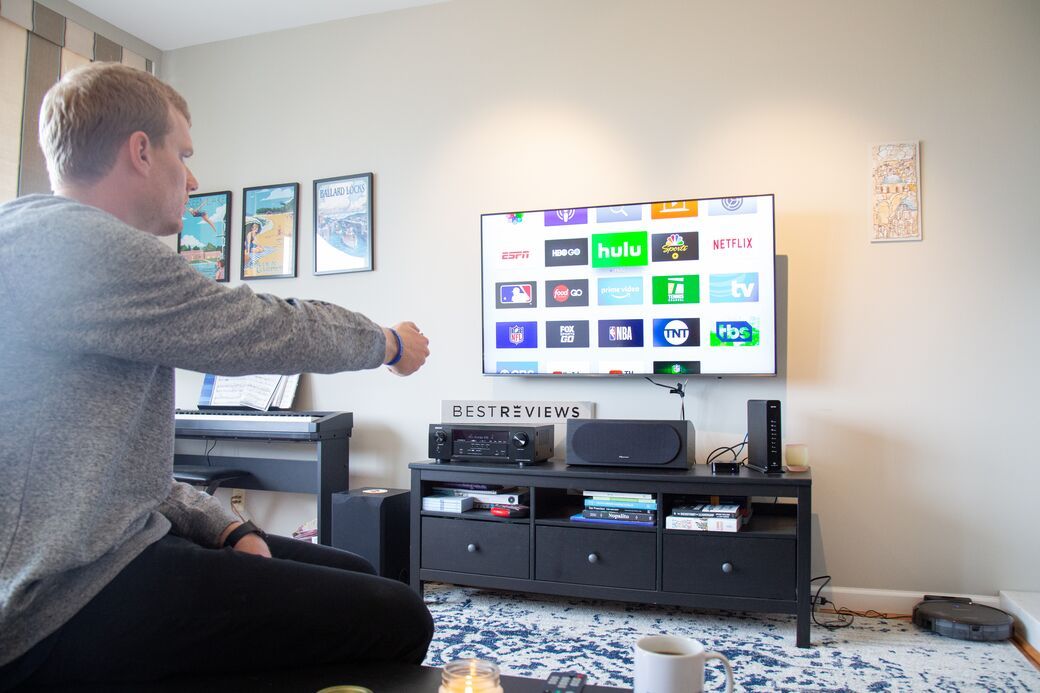 You can install, delete, and rearrange apps on your Apple TV home screen, even putting them into folders.

A. Apple TV+ is Apple’s premium streaming service with exclusive shows, movies, and specials produced or distributed by Apple. It costs around $5 a month. Apple TV devices come with free months’ access to Apple TV+.

Q. What streaming services can I watch on Apple TV?

A. The Apple TV supports a wide variety of popular streaming services, not just Apple TV+. It comes with Netflix, Hulu, Amazon Prime, HBO Max, and Disney+, as well as Youtube, ESPN, and more. (Note: You will need to have separate subscriptions for each!) Hundreds of other streaming apps are available via the Apple TV App Store, which is a lot like the iOS or MacOS app stores.

Q. Can I watch local, free, or over-the-air channels on an Apple TV device?

A. The Apple TV doesn’t include a tuner or antenna that comes with a TV set, but it does support live streaming services like Sling TV. The Apple TV 4K also supports a number of pay-TV subscription providers, such as DIRECTV Stream, Charter Spectrum, and Optimum, to watch their lineups of live channels on the Apple TV via their apps. 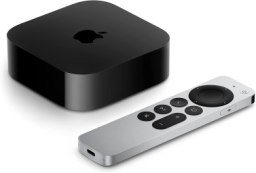 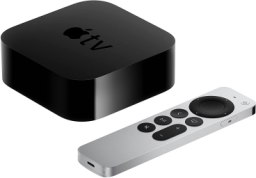 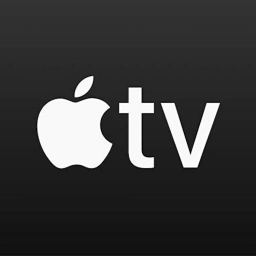 Top Pick
Apple
Apple TV App
Bottom Line
If you already have a streaming device, this app is a great option for exclusive content and AirPlay.
Shop Now 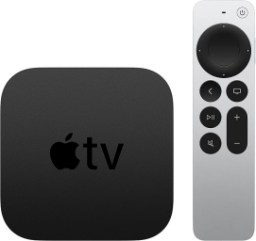 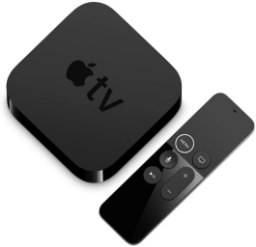 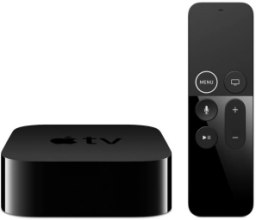 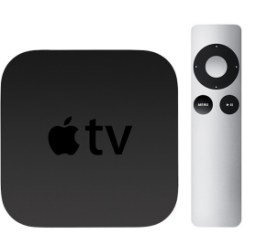