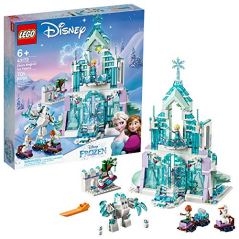 With plenty to create in this Frozen LEGO set, including a revolving staircase, playground, and sleigh, this will keep creative fans entertained for a long time. 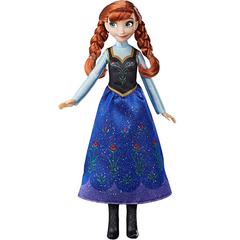 Inexpensive and gorgeously crafted to match her appearance in Frozen, this Anna doll easily fits clothing and accessories made for other popular 12-inch dolls.

Between her magical cape and fun water brush accessory, movie-accurate design, and perfect Barbie height, this is the ultimate Elsa doll.

Not much articulation on this doll. 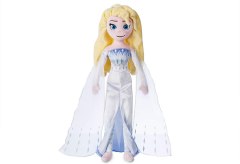 Anyone who receives this super-soft, tall, and richly detailed Elsa plush won’t ever want to let it go.

A little pricy, but it’s a high-end plush toy. 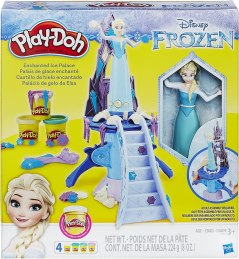 Once Elsa’s palace is set up, kids will have a ball making tons of sparkly snowflakes, icicles, Elsa’s snow cape, and whatever else sparks their imaginations.

In 2013, Disney heralded a new era of princess stories with a colorful and charming adventure set in the beautiful kingdom of Arendelle. The film centers on two young women, Anna and Elsa, who have inspired youngsters with their loyalty, intellect, and determination in a film that has mesmerized audiences with its catchy songs.

The popular film, which was inspired by a fairy tale by Hans Christian Andersen, paved the way for similar Disney tales of young independent women while also spawning a sequel, a variety of shorts, and countless toys. Young boys and girls who want to embrace the Frozen tale have no shortage of options, and parents shopping for toys for their children may be overwhelmed at the choices available.

Disney Frozen toys are made for all ages, though a particular focus is paid to ages 3 to 12. Knowing what’s available and what would be suitable for your youngsters is an important starting point. Our buying guide outlines the options and notable features to help you buy the best Frozen toys for your kids. We’ve highlighted a few of our favorites too. 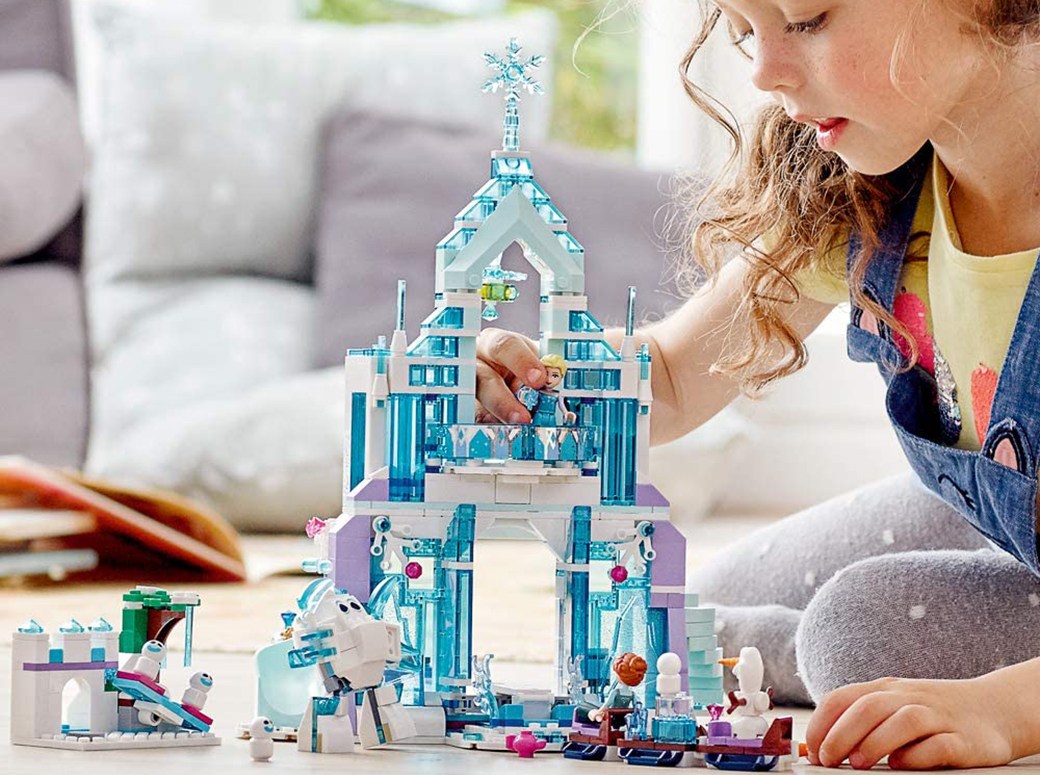 The Frozen franchise includes two feature films, three shorts, a docuseries, and a Broadway musical. Frozen Northern Lights is a series of shorts by LEGO.

When shopping for a Frozen toy, it’s important to know the main characters. The two young women at the heart of the story are older sister Elsa, the Snow Queen, and younger sister Anna. Elsa is introverted, wise, and protective while Anna is outgoing, optimistic, and goofy. Both sisters are brave and loyal.

In the first film, Elsa conjures up a snowman named Olaf who is particularly popular with kids for his naïveté and endless optimism. They also meet Kristoff, who later becomes Anna’s love interest, and his reindeer Sven. In Frozen II, the sisters venture to the Enchanted Forest and meet Arendella soldiers and lost family members. Marshmallow, the giant snow monster, miniature Snowgies, and Bruni the salamander are among the popular creatures.

There are many different types of toys based on the Frozen movies. Here are the most common ones:

Dolls: The most popular type of toy, Frozen dolls come in various sizes designed for interactive play. Some have movable parts so that youngsters can position them as they wish. Some also come with accessories. Some dolls are plastic and similar in size to other 12-inch dolls, while others are designed to be more lifelike. Some have hair that can be brushed or styled as well as various outfits and accessories.

Plushies: Younger fans of Frozen might prefer to play with a soft toy. These toys aren't as realistic looking as the dolls, but they offer younger kids a cuddly companion for playtime or nap time. And plushies don’t come with accessories that might present a choking hazard and can be easy to lose.

Wearables: These include outfits and other accessories modeled after the characters. Many young fans want to dress up like their favorite Frozen character, and wearables offer a chance to enjoy some role-playing fun.

Playsets: These self-contained interactive toys typically feature a doll or figurine with an environment, such as the ice palace, with numerous accessories that allow kids to explore their creativity. Playsets appeal to adults in that they tend to be easy to transport. Some close up tidily so they can be stored away or taken on a trip.

Games and activities: There are a variety of simple activities as well as Frozen-themed board games that youngsters can enjoy as well. Some popular games like Candy Land have a Frozen version. Some activities aimed at younger fans are based on basic arts and crafts, including coloring books.

Frozen is an animated, family-friendly Disney film with a story aimed at kids and adults alike. Most of the toys are geared toward toddlers to teens. It’s important to note the recommended age range on the toy’s packaging. That said, parents are the best judge of what toys are too complex or too simple for their children. 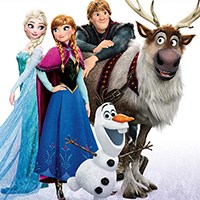 Did you Know?
Frozen is particularly beloved for its twist on the classic fairy-tale premise. True love freed Elsa from a curse, but it wasn’t the romantic love of a prince. It was the familial love of her sister.
Staff
BestReviews

The timeless Danish toy maker features a series of sets dedicated to Frozen. Most sets are fairly straightforward, catering to builders age 6 and up, with most including no more than 500 pieces. There are a few more elaborate builds that parents might want to assemble with their children, as well as DUPLO sets for toddlers.

Notably, the Frozen LEGO sets do not contain minifigs, which are the popular block-like articulated figurines that have become synonymous with LEGO. Instead, Frozen sets feature mini-dolls. These are slightly larger and rounder than minifigs, with bigger eyes and fewer points of articulation.

This popular collectibles company with a seemingly infinite number of toys offers its signature 4-inch vinyls modeled after characters from Frozen. These include various versions of Anna and Elsa with different attire, as well as Sven, Olaf, the Earth Giant, and the adorable Bruni from the sequel, among others. Funko Pop! vinyls are not meant to be played with but instead displayed around the home or office.

Some Frozen dolls and plushies can talk or sing at the push of a button. Note that batteries typically aren’t included with these toys.

The most avid Frozen fan can adorn every part of their life with their favorite characters and settings through apparel, linens, and home décor.

Princess toy: Disney Princess Royal Collection
If your child is a fan of Anna and Elsa, expand their princess collection with these 12 highly detailed Disney princesses including Moana, Tiana, and Mulan in their signature attire. The dolls are ideal for both display and playtime.

Disney playset: Disney Princess Pop-up Palace
Playsets are convenient and allow for a lot of variety at playtime. This pop-up palace by Disney features settings and accessories inspired by 13 different films, including The LIttle Mermaid and Beauty and the Beast.

Inexpensive: Some Frozen dolls and plushies, as well as most Frozen Funko figurines, are available for under $15.

Mid-range: Most Frozen toys cost between $15 and $50, including a variety of dolls, plushies, wearables, and playset. Smaller LEGO sets fall in this price range as well.

Expensive: For over $50, fans can find Frozen doll collectibles as well as elaborate LEGO sets. 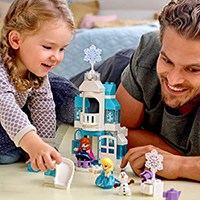 Did You Know?
Frozen isn’t exactly a holiday film, but it embodies the spirit of winter with its snowy landscapes and cozy atmosphere. Both Frozen films were released around the Thanksgiving holiday ahead of the Christmas season.
Staff
BestReviews 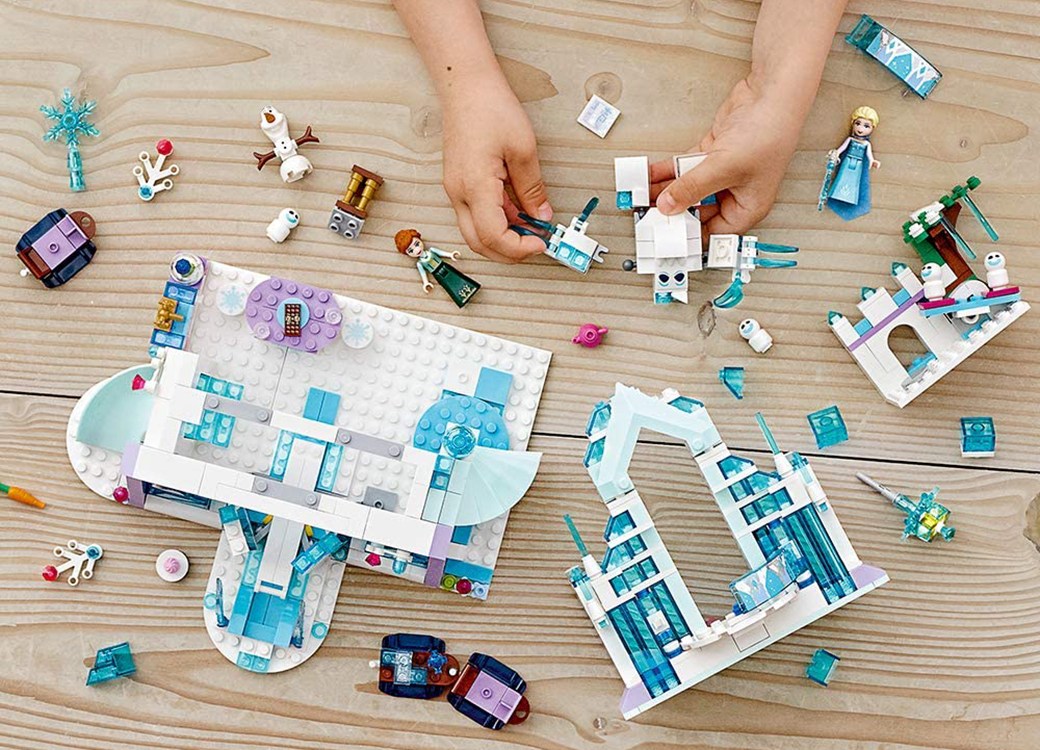 Frozen became the highest-grossing animated film of all time when it debuted in 2013, earning over $1.28 billion. That mark stood until its sequel, which is now the top animated movie, notching a staggering $1.45 billion.

Q. Are there Frozen toys for adults?

A. Adults who grew up with Disney animated films may enjoy the Frozen franchise too, especially if they have kids. There are plenty of adult toys available, though they’re mostly collectibles, figurines, or dolls that are meant to be displayed, not played with. Adults may be partial to plushies or Funko vinyls in particular. While many adults enjoy LEGO sets, almost all Frozen sets are designed for young children, so it’s unlikely adults will find them challenging to build.

A. In general, toys can teach children a variety of useful skills and lessons. Toys foster creativity and spark the imagination. Kids can enjoy playing independently or learn to cooperate and share when playing with friends. Toys come with lessons in responsibility too as children learn how to take care of and store their toys when not in use. Playsets in particular can develop fine motor and communication skills while also imparting patience and dedication.

Anna and Elsa are also impressive role models for young children, particularly girls. Unlike virtually every Disney animated film that came before, Frozen centers on two sisters overcoming adversity together rather than a male character saving the day or posing as a love interest. Anna, in particular, is more genuine and relatable than most past Disney princesses. One of her songs even pokes fun at the common cliché of a princess instantly falling in love with a stranger.

Q. Will there be more Frozen stories?

A. While there is no confirmation as of this writing about a third Frozen film, it seems likely based on the success of the first two films, as well as Disney’s penchant for sequels and spin-offs. While it might be years away, Disney keeps fans’ interest up through specials and short films. 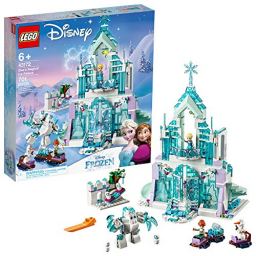 Best of the Best
LEGO
Elsa's Magical Ice Palace
Bottom Line
With plenty to create in this Frozen LEGO set, including a revolving staircase, playground, and sleigh, this will keep creative fans entertained for a long time.
Shop Now 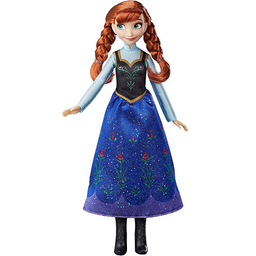 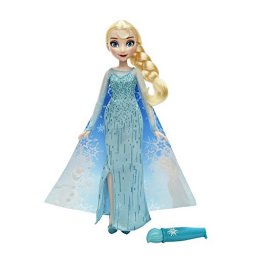 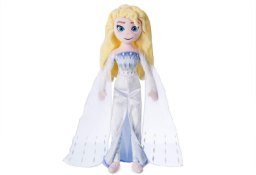 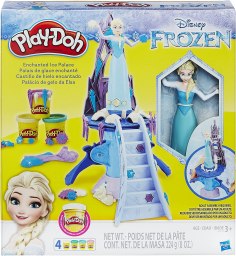 Top Pick
Play-Doh
Enchanted Ice Palace
Bottom Line
Once Elsa’s palace is set up, kids will have a ball making tons of sparkly snowflakes, icicles, Elsa’s snow cape, and whatever else sparks their imaginations.
Shop Now