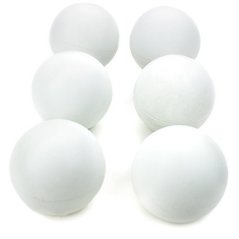 Nice collection of white regulation-size balls for all types of play.

Each ball is regulation size at 2.5 inches. Set of six balls offered at a pretty good price per ball. Set ships inside a mesh bag that makes it easy to carry the balls wherever needed. Delivers the hardness level you need for durability.

Some people will prefer multiple colors of balls in a set. 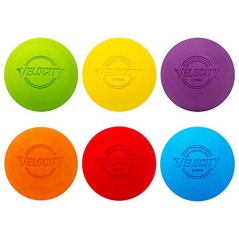 Versatile collection of balls that works for practice, recreational games, or competitive gameplay.

Helpful for some practice drills to have multiple colors of balls available. Durable style of molded rubber ball that will stand up to repeated use. Has official size and weight to ensure they’ll be appropriate to use in all situations, including NCAA and NFHS leagues. Good option for those seeking a massage therapy tool.

Ball doesn’t seem to work well for playing with dogs, who may destroy it with constant chewing.

Includes 12 balls for a good value. Multiple colors available, although all of the balls in one set will be the same color. Each ball in the set delivers a nice level of consistency in build quality. All balls will meet regulation standards.

Set of 12 is too many for some. Some prefer less-flashy colors. 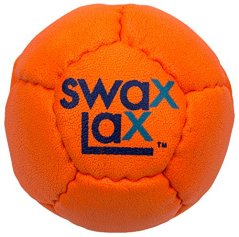 Soft lacrosse ball construction that makes it easier for beginners to learn to play. Contains the same weight and size as standard lacrosse balls but with a soft outer shell. Offered in more than a dozen color combinations that look great.

More expensive than others. Not designed for actual game play. 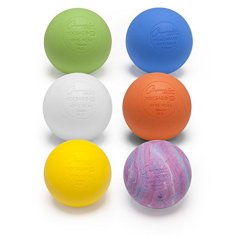 All of the balls in the set will meet size and weight standards set by lacrosse governing organizations. You can choose from a variety of colors in the set, including multiple different colors in one set. These balls work for practice or games.

Some colors of these balls will have a strong, odd odor.

When playing lacrosse, it’s common to focus on the safety equipment and gear. After all, lacrosse gear keeps you safe — and, let’s face it, it looks really cool.

But after finding the right lacrosse stick, helmet, padding, face mask, and shoes, you need to find the right ball, too. Although it’s true that the majority of lacrosse balls are very similar, there are a few key differences to consider. For game situations, you’ll want to find one that’s the official size, weight, and color. If you’re training, you’ll need to decide between lacrosse balls that are either weighted (to build up your strength) or soft (so you don’t hurt yourself or, if you’re practicing indoors, the walls — especially if you’re new to the game).

To learn more about lacrosse balls, read our shopping guide, which has all the details and tips you’ll need to find the right balls at the best price. If you’re ready to buy, consider one of our top picks. 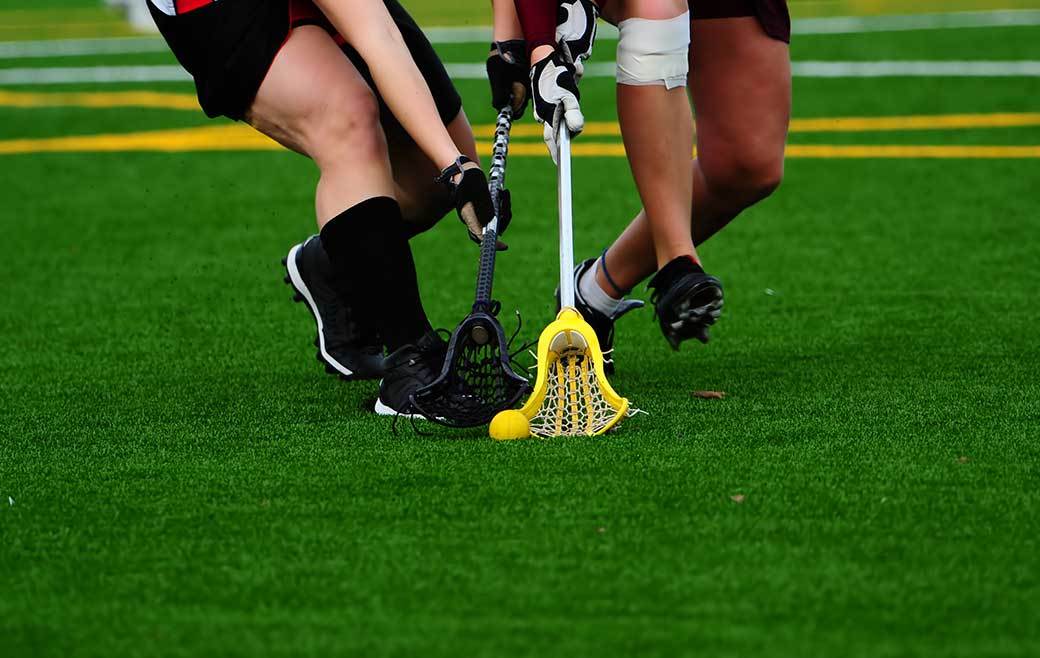 For official game play, any lacrosse ball must be stamped with words or a logo that verify it meets NOCSAE standards.

When seeking to purchase lacrosse balls, start by determining whether you need game balls, practice balls, or training balls.

Whether they’ll be used for practice or games, all lacrosse balls are the same size. An official ball will weigh between 5 and 5.25 ounces, and it will have a circumference of between 7.75 and 8 inches.

Some balls will be stamped as “meets NCAA/NFHS standards.” These are not official balls unless they also have the NOCSAE stamp. However, as long as they meet the official size and weight measurements, it’s fine to use these balls for practice.

Training balls are not made for game play, even though they often have a circumference that matches the official standards. When shopping for training balls, there are two types to look for:

The differences between individual lacrosse balls are subtle. Inexperienced players may not even notice a difference from ball to ball. However, there are a few differences that you should consider among various lacrosse ball models:

Did you know?
Some coaches will use different colors of lacrosse balls to distinguish certain drills at practice.
STAFF
BestReviews

Lacrosse balls are similar in price to baseballs or softballs. An individual lacrosse ball will cost $3 to $6. A ball that does not meet NOCSAE standards will be at the lower end of that price range.

To save money, you can purchase multiple balls in a pack. Sets of two, three, six, 12, 24, or more balls are available. Quantities of up to a dozen may cost $2 to $5 per ball. When bought in large quantities of more than a dozen, you could pay as little as $1.25 to $3 per ball.

Training balls will cost more than official balls. You could pay $5 to $15 for a soft, padded, or weighted lacrosse ball. You may find some training lacrosse balls in multipacks, which will help save some money.

After purchasing your lacrosse ball, you’ll want to make the most of it. We’ve collected some tips to help you enjoy playing lacrosse and staying safe while doing so. 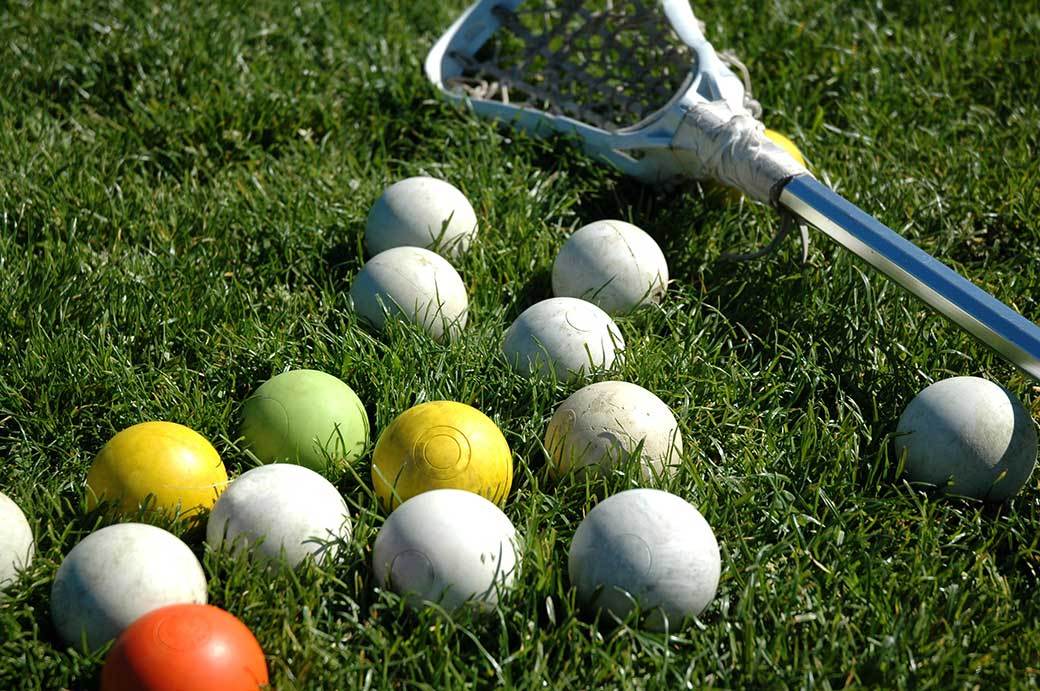 If practicing in areas where the grass is tall or where there are overgrown bushes, a brightly colored lacrosse ball will help you see it in the tall grass.

Q. Why does it matter if my lacrosse ball is NOCSAE-certified? Aren’t all balls the same?
A.
The NOCSAE standard simply verifies that the manufacturer followed all guidelines in creating each ball. This results in a safer game to play. If a ball is not manufactured to the proper weight or size, it could create a dangerous situation for players. A nonstandard ball could damage helmets, face masks, or nets.

Q. Is there any advantage to using a padded lacrosse ball for training?
A.
For younger players or those just starting to play, the hard lacrosse ball might be a little scary. Players may shy away from being hit with the ball. With a padded ball, though, players may feel more comfortable about possibly being hit. As they gain more experience, they then can switch to a regulation ball. Choose a padded ball with an official size and weight to make the transition to a regulation ball easier.

Q. Do official lacrosse balls have to be a certain color?
A.
League rules vary on which colors of balls are allowed as game balls. White and yellow lacrosse balls are used in college, high school, and youth leagues. Some leagues will allow orange, lime green, or pink balls under certain circumstances. For practice, any color of ball is common.

Q. Beyond game play, what are some other uses for lacrosse balls?
A. Some people will use these balls to play fetch with their dogs. The hard rubber construction should stand up well to the jaws and teeth of a dog. Massage therapists like the hard rubber balls to help with muscle massage. 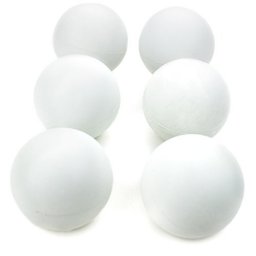 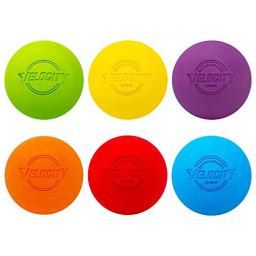 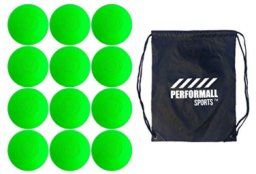 Top Pick
Performall Sports
Signature Lacrosse Balls, Set of 12
Bottom Line
Low price per ball for those who can make use of this 12-ball set with a bag.
Shop Now 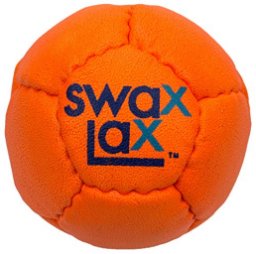 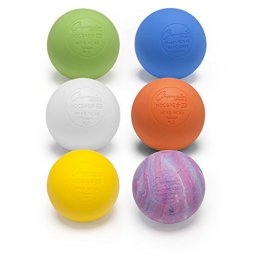