Apple's mini desktop packs as much processing power as most of its other machines.

An impressive little box with a powerful AMD processor and great specs in its class. 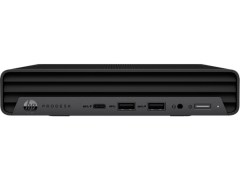 Business-focused mini-desktop form factor can be mounted behind a monitor. Powered by Intel Core i5 6-core processor with Windows 10 and free upgrade to Windows 11. Comes with 16GB of memory and 256GB of SSD storage. 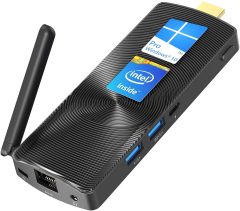 A complete no-footprint Windows computer that plugs directly into a display's HDMI port.

Not powerful enough for gaming or similar activities.

Far from a powerhouse, but if you need a flexible and dependable model for homework or enjoying streaming apps, it is an affordable option.

Not a particularly powerful model.

When you start looking at the cost of laptops or full-size desktop computers, you may experience a bit of sticker shock. These devices give you a lot of processing power, but they also cost quite a bit. You may not really require that much computer power to perform the tasks you want to do, so a mini desktop might be just what you need.

A mini desktop computer has a lower price point than the typical full-size desktop or laptop computer. It has just the right amount of power to enable you to perform basic computing tasks, such as running apps or browsing online. Plus, the small size of a mini desktop computer case means you can take it with you almost anywhere. You still need a keyboard and a monitor, though. 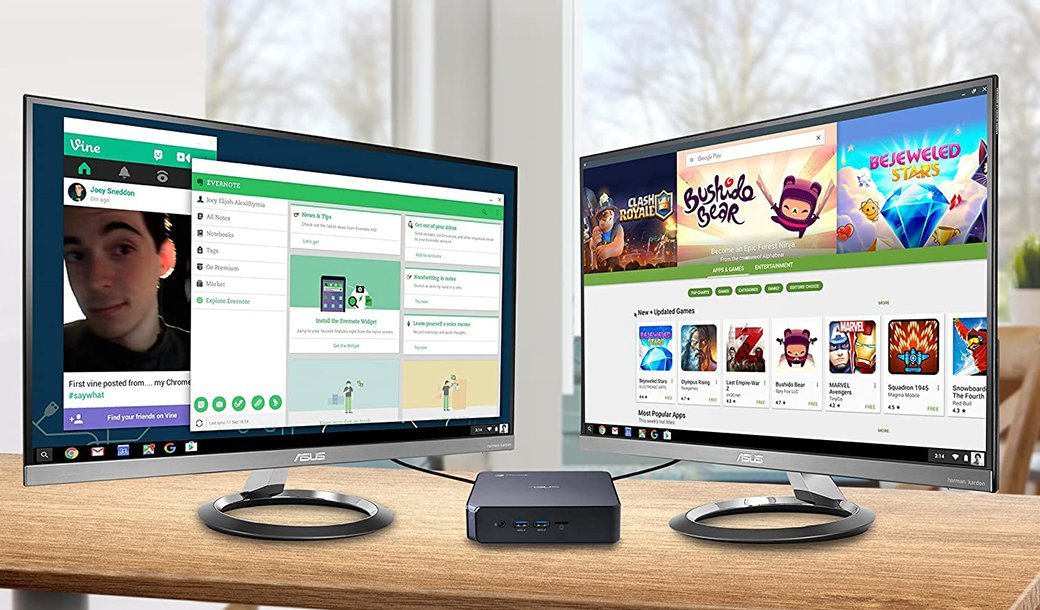 A mini desktop has quite a few features that are similar to what you’d find in a full-size desktop computer, but there are a few differences. Here are some basics to consider when looking for a mini desktop.

The mini desktop case is significantly smaller than the case on a full-size desktop computer. You have three sizes and shapes from which to pick: horizontal, vertical, and stick.

Horizontal: The horizontally aligned mini desktop looks a bit like the modem or router that you use to receive your internet signal. It measures about 5 to 8 inches wide and deep and 1 to 2.5 inches tall.

Stick: The stick-shaped mini desktop is extremely small. It looks like a larger version of a USB drive, measuring 1 to 2 inches wide, 0.5 to 1 inch deep, and 3 to 4.5 inches long.

As an added advantage of this format, the mini desktop uses a fraction of the electrical power to operate that a full-size desktop computer needs. These mini desktops typically use low-power processors that don’t generate as much heat as high-powered processors. This means the mini desktop doesn’t need a powerful fan to cool the components and chips. Some mini desktops can even run without a fan.

Here are some of the key components of a mini desktop computer. We’ve also recommended the features you should look for to receive average performance.

The mini desktop may offer solid-state drive storage of 128 or 256 gigabytes or have a traditional hard drive with around 1 terabyte of storage. Some mini desktops use a removable memory card to store data.

Many mini desktop computers have wireless connectivity capabilities built in, usually both Bluetooth and WiFi. With built-in wireless, you don’t have to use a USB port for a wireless stick, which is handy.

The majority of mini desktops use Windows 10, but you may find some that run Linux or Chrome OS.

Security key: Make sure the data you store in the cloud is secure by adding two-factor authentication.

One of the biggest advantages of a mini desktop computer is the low price compared to a full-size desktop computer. These computers are relatively inexpensive, especially if you already have a keyboard and monitor to use.

The least expensive mini desktops cost $50 to $125. (The mini desktop typically does not ship with a keyboard, mouse, or display, so our prices do not include these items.) These models have extremely basic components, so they’re not made for anyone trying to run complex software.

These mini desktops cost $125 to $400. These models have a performance level that comes close to approximating that of a low-end full-size desktop computer. They aren’t made for high-end gaming, but they deliver a decent level of performance.

The most expensive mini computers cost $400 to $1,200 or more. These mini desktops are a great choice because they can perform at a level similar to that of an average laptop or full-size desktop computer. Some of these models even work for average gaming needs.

Did you know?
The first mini desktop computers appeared in the late 2000s.
STAFF
BestReviews

If you’re wondering whether you’re a good candidate for a mini desktop computer, here are some tips to help you decide. 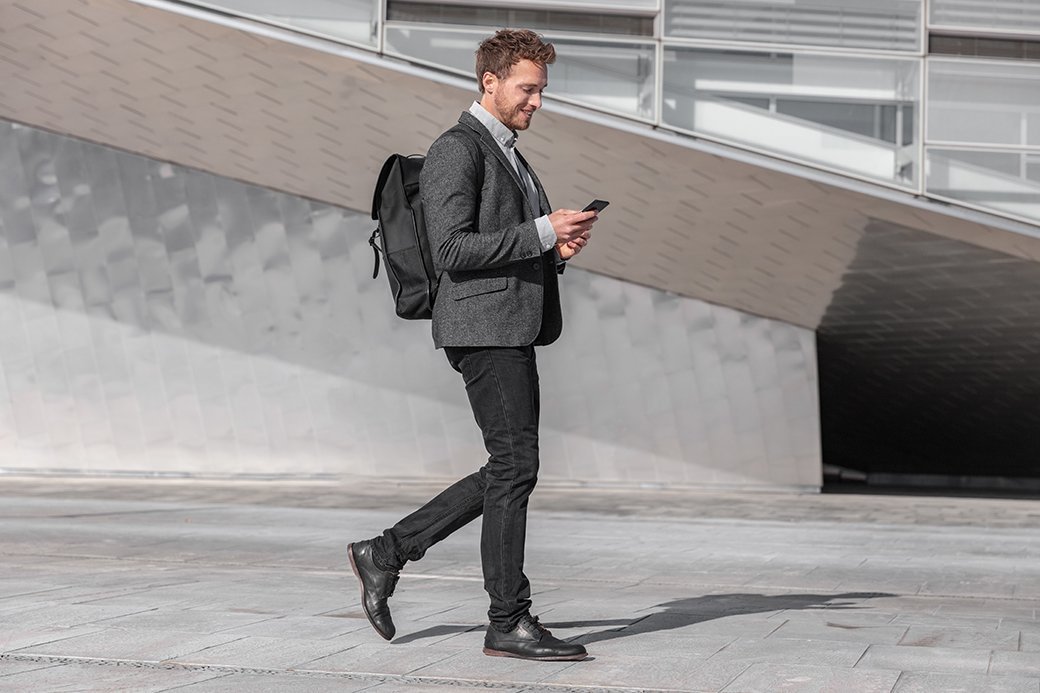 One of the biggest advantages of a mini desktop computer is that you can carry it with you in a backpack, briefcase, or pocket and connect it to a display screen at your destination.

Q. What is a “ready-to-go” mini desktop?

A. The ready-to-go computer is a mini desktop that has all of the components you need to begin using it immediately. Some mini desktop kits don’t contain a hard drive or RAM, meaning you have to supply it before you can use the computer.

Q. Why are mini desktops so cheap?

A. Mini desktop makers can sell these devices for less than a typical full-size desktop computer because the individual components are less powerful. Additionally, the mini PC doesn’t ship with a display screen, keyboard, mouse, and a few other components.

Q. How easy is it to upgrade a mini desktop?

A. Not really. Mini desktops often use an integrated GPU, which isn’t as powerful as the graphics card you see in a desktop computer. Basic gaming should be fine on a mini desktop, but high-end gaming with complex graphics won’t work well because the mini desktop just isn’t powerful enough to run the high-end software.

Best of the Best
Apple
M1 Mac mini
Bottom Line
Apple's mini desktop packs as much processing power as most of its other machines.
Shop Now 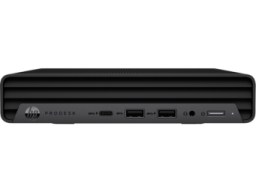 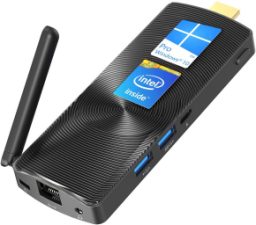 Top Pick
Chuwi
HeroBox Pro
Bottom Line
Far from a powerhouse, but if you need a flexible and dependable model for homework or enjoying streaming apps, it is an affordable option.
Shop Now 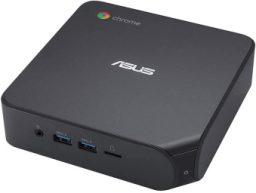 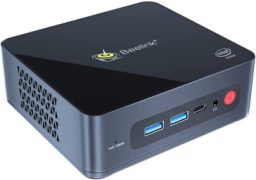 Top Pick
Zotac
Magnus ONE
Bottom Line
Fairly pricy, but you get what you pay for with a tiny gaming PC that stands toe to toe with far larger and more expensive models.
Shop Now 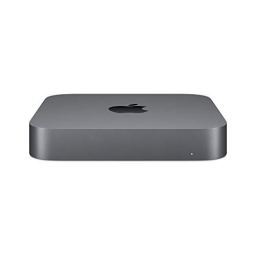 Top Pick
Apple
Mac Mini
Bottom Line
For those who love Macintosh, this mini desktop from Apple is a perfect choice.
Shop Now