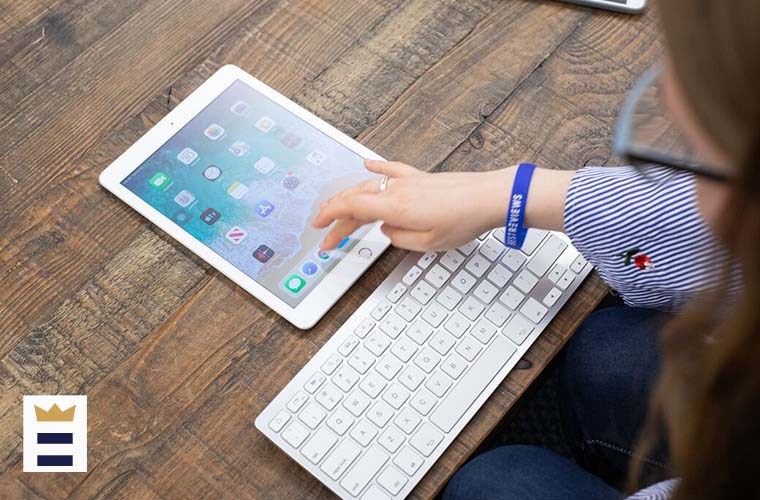 Should I get an iPad Air or iPad Mini?

More than a decade after Apple’s Original iPad revolutionized the tablet PC industry, it continues to show up in fresh and exciting configurations. The iPad Air and Mini are both reasonably priced and packed with advanced hardware and convenient features.

How and where you’ll use the iPad are the biggest contributing factors when deciding between the iPad Air and Mini. They have comparable feature sets, including USB-C connectors and premium displays. The iPad Air is best for most people, due to its larger screen and more powerful processor chipset. If you value portability and durability, though, the Mini is still a great choice.

This year’s release marks the 5th generation of the Apple iPad Air. It’s the first in the Air lineup to receive the groundbreaking M1 chipset, which is the first system-on-a-chip developed by Apple’s in-house engineers. It represents one of Apple’s most powerful and efficient hardware offerings to date. It’s the same chip found in some MacBooks.

By most metrics other than size, last year’s iPad Mini is identical to this year’s iPad Air. In terms of hardware, the combined central and graphics processor is the only significant difference. The Mini uses the A15 Bionic accelerated processing unit. It’s technically outdated compared to the newer M1 APU found in the iPad Air and Pro, but not by much, and especially not in a way you’d notice significantly.

Should you get the Apple iPad Air or Mini?

Which model you should get depends on what you value the most. Most people will appreciate the iPad Air over the Mini due to its larger screen and higher refresh rate. It’s an especially good performer when it comes to gaming, and many people even use it for editing photos.

The Mini, on the other hand, is reserved specifically for those who value portability and convenience above all else. It sports modern features such as a USB-C port and extended dynamic range video in a compact and lightweight body.

These are Apple’s most advanced earbuds sport removable ear tips and offer some of the best active noise canceling available.

In case you don’t want to invest in expensive Apple headphones, these earbuds come from a reliable manufacturer and use the same powerful Bluetooth codec as AirPods but cost far less.

This hinged case with a backlit keyboard protects the iPad Air and essentially turns it into an 11-inch laptop.

If you want to protect your tablet when you’re not using it, and prop it up when you are, simple folding cases don’t get much more affordable or dependable than this.

Spigen makes excellent cases, and this one does an admirable job of further protecting the already rugged 2021 iPad Mini.