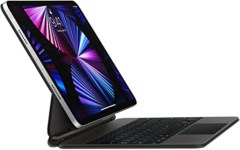 The Magic Keyboard is an effective case, but its ergonomic keyboard is a must-have for staying productive with an iPad Air. 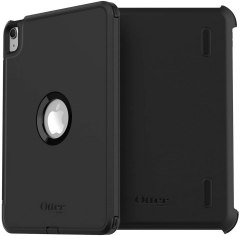 The sturdy OtterBox Defender is a must-have for iPad Air owners who absolutely need to protect their favorite featherweight tablet.

This grippy case may hold an Apple Pencil a little too snuggly. 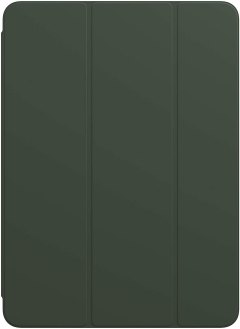 This chic case was designed by Apple to seamlessly fit the iPad Air, and it is as durable as it is easy on the eyes.

A little on the pricey side. 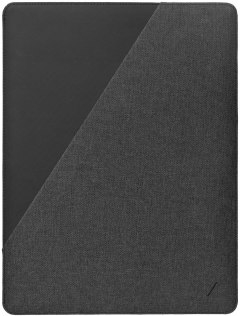 If you need an iPad Air with as much storage room as possible, the attractive Stow Slim is worth your consideration.

Only available in grey. 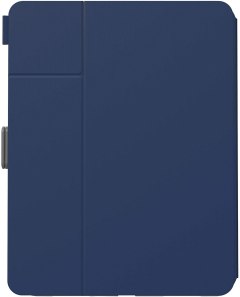 Speck’s iPad Air case is more durable and feature-packed than you may expect when you consider its low price point.

Some colors are more readily available than others.

The iPad Air is a classic — it’s one of the most iconic iPads that Apple has ever made, thanks in no small part to it being light as a feather, fast as a laptop, and elegant to boot. In fact, the iPad Air has evolved over a few generations, making it one of the staples of the iPad lineup along with the iPad Mini, the iPad Pro, and the original iPad.

As unique as the iPad Air is, it’s got something in common with its brethren: every iPad needs a case. Cases are a must for iPads to keep them safe from accidental falls, but there’s more to it than that: many cases include extended functionality like a built-in Bluetooth keyboard or a kickstand to hold up the iPad Air hands-free.

Different cases are tailor-made for specific situations. For example, some include an extra-rugged shell for using your iPad outdoors. Other cases resemble traditional folios that are more suited for business users. 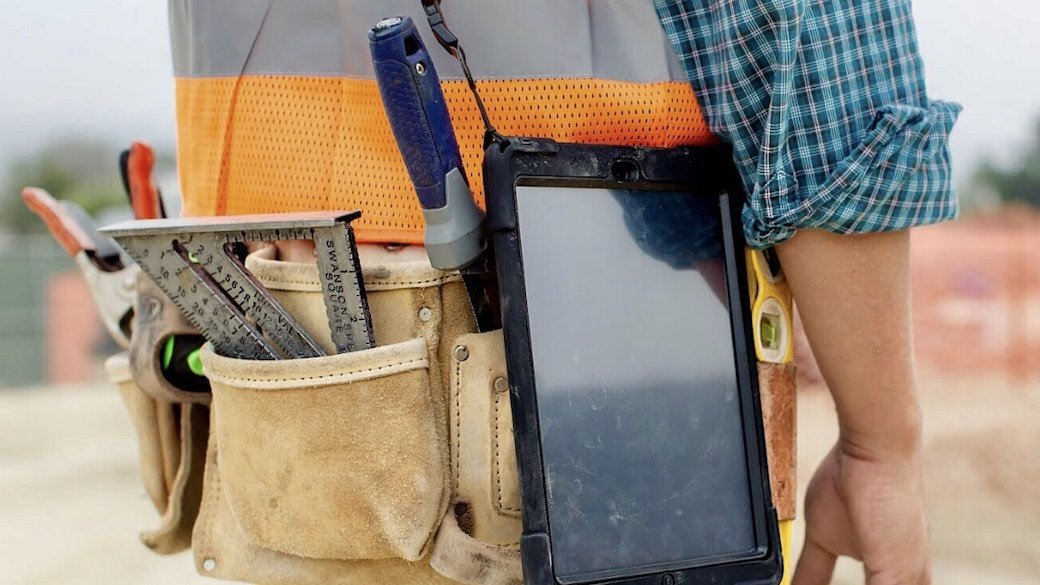 If you travel a lot with your iPad Air, get a case with a handle or carrying strap. Many cases are built for portability, and some even have straps long enough so they can function as a small satchel or messenger bag.

Before you start shopping for a case for your iPad Air, consider what kind of case will work best for you. Start by answering these questions.

What size iPad Air do you have?

The most important thing to know is which version of the iPad Air you have. The original iPad Air has a 9.7-inch screen; the iPad Air 2 has the same size screen but is significantly thinner; the most recent iPad Air has a 10.5-inch display. If you get a case for an iPad Air that’s different from the one you have, it won’t fit, so consider this the most crucial detail.

Do you want a case that can also function as a stand?

If you use your iPad Air on airplanes a lot or at night in bed, a case with a built-in stand is incredibly useful. Some are called kickstands, but they all do the same thing: prop up your iPad Air’s screen so you don’t have to.

Do you need a case that includes a keyboard?

If you’re looking to be as productive as possible with your iPad Air, it’s a good idea to get a case with a Bluetooth keyboard — that way you can always easily type in anything you need, no matter where you are. Cases with keyboards are definitely more expensive, and they require you to keep the keyboard’s battery charged, but they’re so useful that we think it’s a worthwhile trade-off.

Did you know?
Some iPad Air cases come with an elastic band that holds the cover in place, while others use magnets to keep the cover from accidentally opening.
STAFF
BestReviews

What separates the great from the so-so iPad Air cases? For us, it comes down to a few key features.

Most iPad Air cases include some type of kickstand functionality, but some are more adjustable than others. If you’ll be using your iPad Air in situations where you expect to battle glaring lights to see the screen, get a case that has an adjustable stand so you’ve got the flexibility for any situation.

In this range, you’ll find the most straightforward cases that have roughly the same features: they’re made of silicone, are moderately durable, and include a kickstand. If you need a case for your iPad Air that will keep it safe and not add a lot of bulk, you don’t need to spend more than this. 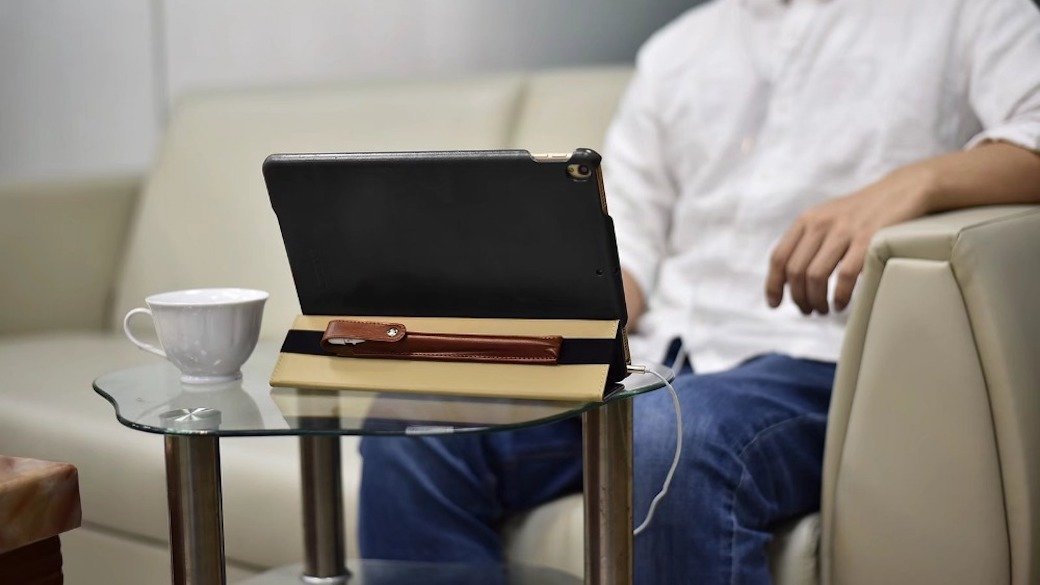 The current generation of iPad Air works with the Apple Pencil. If you plan on taking one with you, find a case that has a built-in stylus holder.

Q. If I get an iPad case, is it still worthwhile to get a screen protector?

A. Yes. Your iPad Air case can protect your screen when you’re not using it, but it doesn’t do much to curb screen scratches or fingerprint smudges while you’re using it. Screen protectors are more affordable than they’ve ever been, and more importantly, they help protect the resalability of your iPad Air for when you decide to upgrade.

Q. Will a case add a lot of weight to my iPad?

A. Only if it’s a rugged case. Certain iPad Air cases are built to provide maximum protection, so they naturally add a lot bulk. If you’re getting a rugged case for a specific reason, the extra weight is usually worth the trade-off.

Q. Can I get a waterproof case for my iPad?

A. Yes. Some iPad Air cases are sealed so you can take them in the pool or to the beach — just know that in these cases, “waterproof” usually means they’ll survive getting dropped in the water but not much past that. If you get a waterproof iPad Air case, rest assured your iPad Air will be mostly safe so long as you don’t leave it underwater for prolonged periods of time. 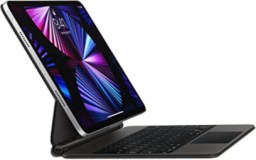 Best of the Best
Apple
Magic Keyboard
Bottom Line
The Magic Keyboard is an effective case, but its ergonomic keyboard is a must-have for staying productive with an iPad Air.
Shop Now 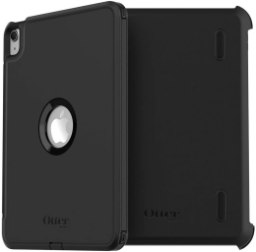 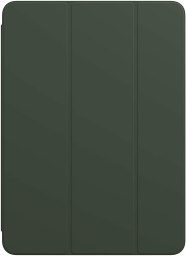 Top Pick
Apple
Smart Folio for iPad Air
Bottom Line
This chic case was designed by Apple to seamlessly fit the iPad Air, and it is as durable as it is easy on the eyes.
Shop Now 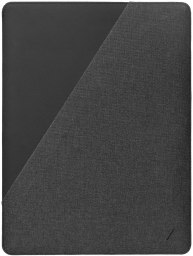 Top Pick
Native Union
Stow Slim
Bottom Line
If you need an iPad Air with as much storage room as possible, the attractive Stow Slim is worth your consideration.
Shop Now 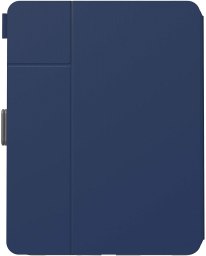 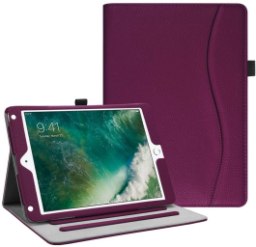 Top Pick
Fintie
iPad Air Case
Bottom Line
If you're looking for a lightweight case that offers lots of different design options, this is an ideal choice.
Shop Now 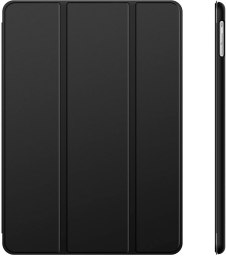 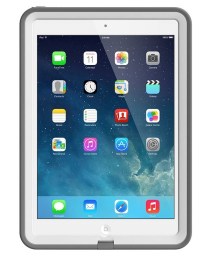 Top Pick
LifeProof
FRE iPad Air Waterproof Case
Bottom Line
This case offers some serious protection — if your iPad will be near water at all, this is an ideal solution.
Shop Now 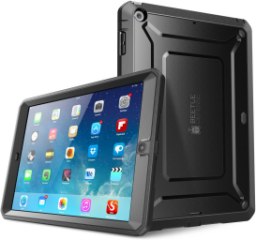 Top Pick
SUPCASE
Beetle Defense Series iPad Air Case
Bottom Line
Offers a lot of protection without too much bulk and is less expensive than some other similar cases.
Shop Now