If you own multiple devices, this versatile, speedy, and stylish charger is a great option.

Designed to charge up to 3 devices at a time. Offers a wide surface area and lightning-fast charging. Perfectly fits a Samsung smartwatch. Features LED indicator lights and is available in white and black. 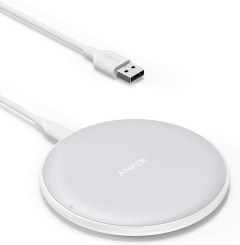 This wireless charger is well-made, effective, and fairly priced.

This charger is compatible with Apple devices, Android smartphones, and earbuds. Features an LED indicator light, and it charges through thick device cases. Available in white, blue, and black.

Not the fastest wireless charger on the market.

This featherweight, designer wireless charger is a good model for anyone with limited space.

Its smaller charging surface is not for everyone. 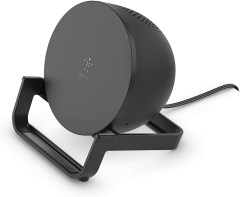 If you use your phone for frequent video calls and nonstop music, this wireless charger stand and speaker combo is a must-have.

Not compatible with all popular phones. 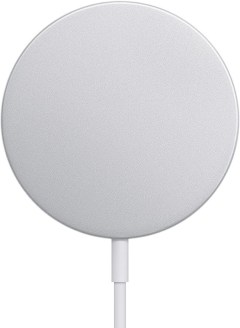 Easy to use and fast, this wireless charger is a good choice for iPhones and other Apple devices.

Boasts fast Qi charging. Compatible with iPhone 8 and newer devices, and also charges AirPods. Has strong magnets that are easy to attach to devices. Phone can be used while charging.

Doesn't come with a power adapter. Unit's cable is short.

It’s hard to believe, but less than a decade ago consumers were forced to use charging cables for any device with a battery — and many of us ended up with big tangled messes of wires as a result. Thankfully, wireless charging is here, and more and more devices are able to charge their batteries simply by sitting on a wireless charging pad or stand.

Wireless chargers offer an affordable, no-hassle way to charge your smartphone or tablet, and they save you from having to remember which devices use which cables. There’s no way around it: wireless charging is the future!

There are a lot of good options on the wireless charger market, but if you know what you’re looking for, you can find the outstanding options — models that can support every device you have and get them charged up in no time flat. That’s what we’re here for, so let’s dig in to everything you need to know to find your ideal wireless charger. And when you’re ready to buy, take a look at some of our favorites. 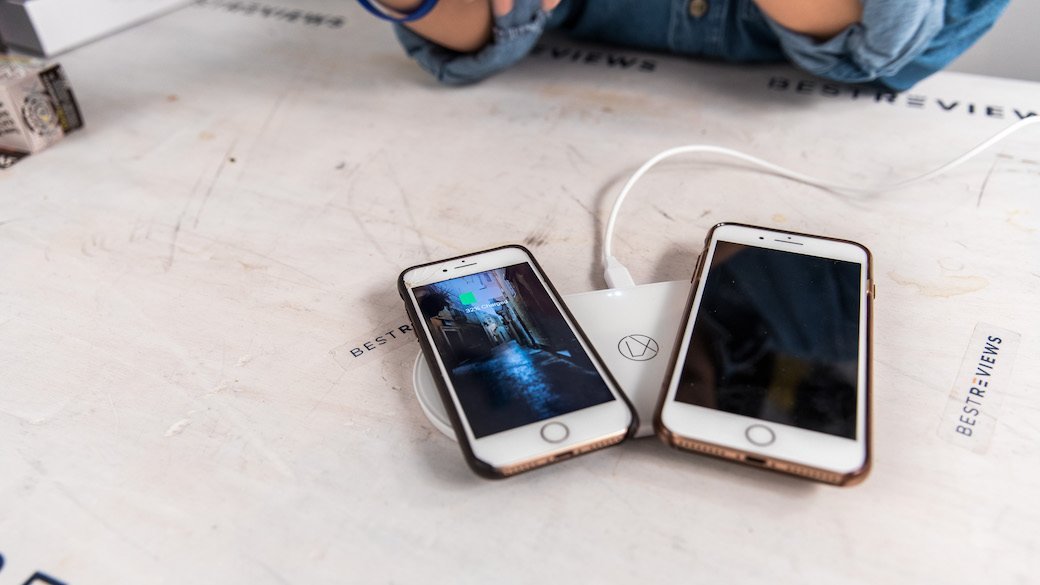 In the early days of wireless charging, there was a format war between Qi and Powermat technologies. Both charged devices wirelessly, but Qi ultimately dominated the market based on its superior charging speeds. If you’re unsure which format your device supports, it’s probably Qi, unless it’s more than five years old.

Before you start comparing different wireless chargers, consider how you’ll use yours. Start by answering these questions.

Does your device support fast charging?

Do you need to see your screen while your phone is charging?

Does your smartphone have a bulky case?

If you’re buying a wireless charger for your smartphone, you’ll need to make sure that the one you buy is strong enough to charge your phone even when its case is on. Most wireless chargers are robust enough to work with most phone cases, but if you’ve got a rugged case or one that puts a lot of material between your phone and the charger, it may not work properly. Check user reviews closely to see which models may have problems with bulky cases.

All wireless chargers do the same thing — wirelessly charge your devices — but many add bonus features to make them even more useful. Here are our favorite features to look out for while you’re shopping.

Expert Tip
With low-budget models, it might take you a couple tries to connect your device with the charging system. An indicator light will alert you when your phone is properly aligned.
STAFF
BestReviews

Most wireless chargers cost between $10 and $20. Models in this price range offer a great value — they’re typically single-unit charging pads with LED lighting and support for fast charging. If you’re just looking for a basic wireless charger, there’s no need to spend more than $20.

Wireless chargers that cost between $20 and $40 offer some pretty healthy upgrades, like support for charging multiple devices simultaneously or high-quality materials. If you’ve got multiple devices to charge wirelessly, and you don’t want to have to deal with a one-at-a-time charger, this is the price range to keep in mind.

If you own multiple Apple devices, you might want to consider getting a wireless charging station, which can charge multiple devices wirelessly at the same time. If you’ve got multiple iPhones, an Apple Watch, and AirPods, check out the Yestan Wireless Charger 4-in-1 Wireless Charging Dock. It’s got wireless and wired charging for iPhones, so you can simultaneously charge two at once; it supports wireless charging for AirPods headphones; and it’s even got a stand for the Apple Watch so it can charge and show you the time simultaneously. If you want a charging station that can do all that and charge your Apple Pencil, we recommend Amabana’s 4-in-1 Wireless Charging Station. It’s got a small footprint, but it can simultaneously charge four devices at once: iPhone, Apple Watch, AirPods, and Apple Pencil. There aren’t many wireless charging stands that support this many devices, and at less than $40 it’s an incredible bargain. 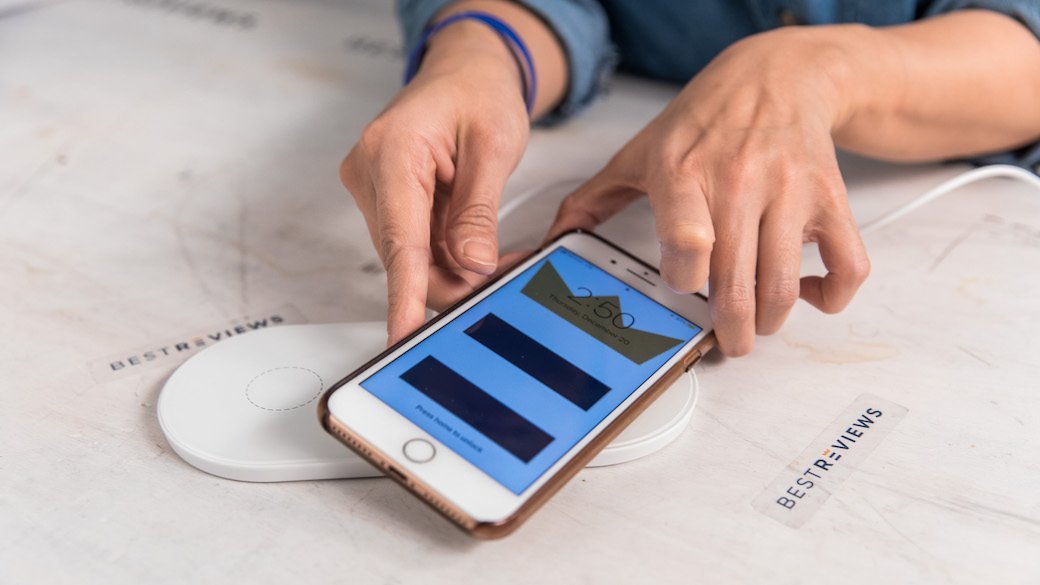 If you’re really into wireless charging, you can outfit your home with furniture with built-in wireless charging pads. Having a nightstand or coffee table that can keep your gadgets fully charged is pretty handy as long as you can get used to having furniture that needs to be plugged in to a power outlet.

Q. Which is faster: wireless charging or charging with a cable?

Q. How long will it take to charge my phone with a wireless charger?

A. It depends, but usually it takes at least a couple hours to go from a nearly depleted battery to a full charge. Multiple factors impact how long it takes, such as how big your device’s battery is, whether your device supports charging at higher wattages, and how much charge is in the battery to begin with.

Q. Can I use a wireless charger with my iPhone?

A. Yes, so long as it’s an iPhone 8 or later. Apple first launched support for wireless charging on iPhones with the iPhone 8 back in 2017, and it’s been a standard feature on every iPhone released since then. If you’ve got an iPhone 7 or earlier, wireless charging isn’t a built-in feature, although in many cases you can add it with a third-party, Qi-enabled phone case. 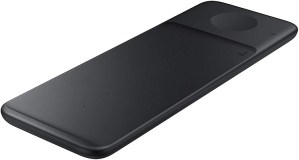 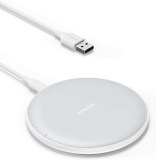 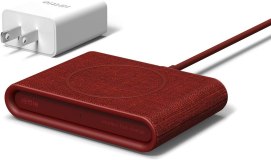 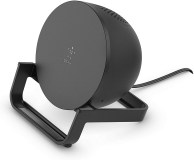 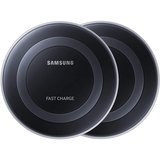 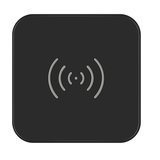 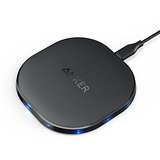 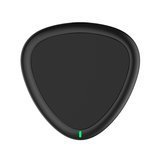 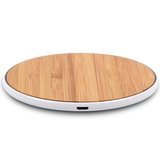