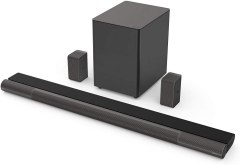 With its immersive sound, unique features, and stellar build quality, this surround setup is about as good as it gets.

Setup can be confusing. Cables for the wired surround speakers may be too short for large rooms.

An affordable way to improve the overall audio mix of your TV.

A simple device that is very easy to set up and operate. The mids and highs are very crisp and clear. Good audio mix, and it's very effective at making dialogue clearer. Bluetooth integration. Attractive price.

This option doesn't come with a subwoofer, so be sure to factor that into your overall costs if it's something you need.

Not compatible with Wi-Fi or Dolby Atmos. Some users noted the surround speakers were slightly muddy.

This soundbar is a great way to add high-end audio to your entertainment system on a budget.

Bluetooth connectivity. Compact and wireless subwoofer. Premium audio quality and dynamic range. Bass is deep and satisfying for the size of the subwoofer. Simple setup and a clean, modern look. Fairly affordable.

Remote lacks a backlight, which makes adjusting volume in the dark a pain.

One of the best 5.1 surround systems for the money.

5-inch subwoofer lacks the bass of larger units. Some users sound the surround speakers to be subpar.

The tech behind TVs has grown by leaps and bounds in the last decade — innovations like 4K resolution, HDR, and smart TV apps have changed the game. But there’s one area where TV tech lags severely behind the times: audio. TV speakers generally sound tinny and often make it hard to distinguish dialogue from sound effects.

That’s where soundbars come in. These speakers connect to your TV and deliver high-quality audio. The right soundbar can make a big difference, especially if you get one from VIZIO, which make some of the best in the industry. Whether you want to hear every last word, or you just want the windows to rattle with on-screen explosions, a VIZIO soundbar is the perfect way to bring high-end audio to your TV.

VIZIO offers dozens of different soundbars, each with different tech on board ranging from multiroom audio to Dolby Atmos, so it pays to know ahead of time what you do and don’t need. But that’s what you have us for, so let’s dig into everything you need to know to find the perfect VIZIO soundbar! And check out our favorites when you’re ready to buy. 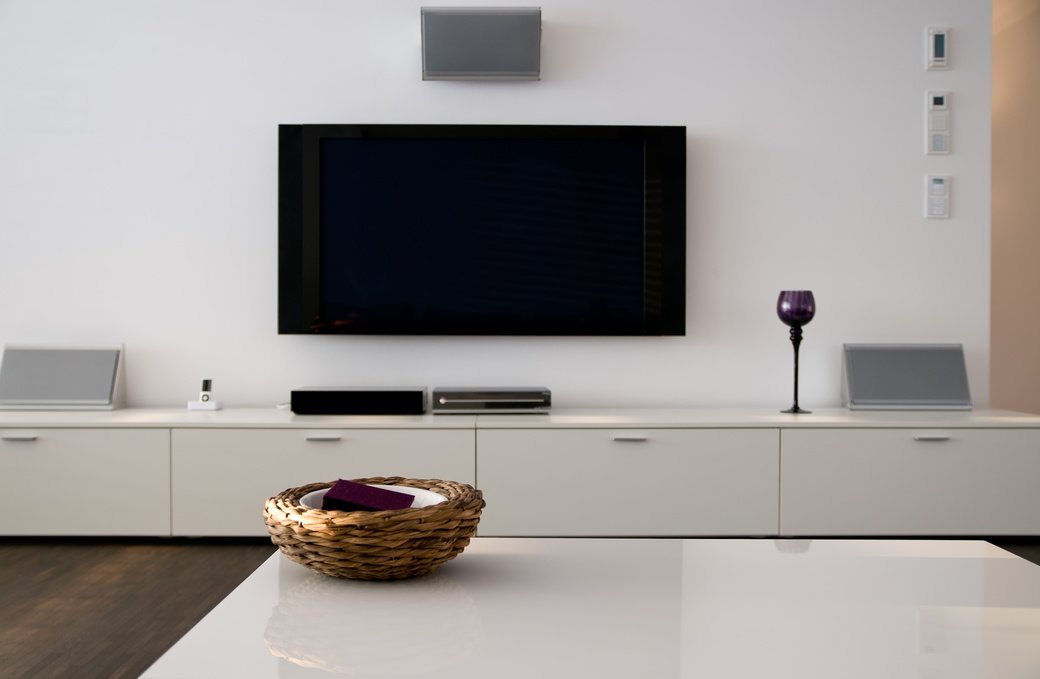 Don’t forget to turn down your TV’s built-in audio once you’ve set up your soundbar. Your soundbar will take over all your TV’s audio duties, but you do have to remember to let your TV know that. Use the TV’s remote to set the volume to zero so your soundbar is the only speaker playing back audio.

To help you determine which VIZIO soundbar is right for your setup, start by answering these questions.

Are you into surround sound?

Most movies and many TV shows feature surround sound — multichannel audio tracks that immerse you in the experience by placing the sound all around you. If you’re a fan of surround sound, you’ll want to get a VIZIO soundbar with virtual surround, a technology that uses multiple speakers to bounce sound off your walls and make it feel like it’s coming from different directions. If that’s not your thing, save some money and go with a two-channel audio soundbar.

Do you have room for a subwoofer?

Many VIZIO soundbars include a subwoofer to help bring in the low end of your television’s soundtracks. Subwoofers can make a huge difference in making audio sound more realistic, but they’re typically pretty bulky, so not everyone has room for one. We recommend getting a VIZIO soundbar with a subwoofer, so long as you have room for both

Will you use your soundbar to listen to music?

Many VIZIO soundbars can connect with your smartphone to stream music, which can be an easy way to make your favorite tunes sound great. If you’re in the market for a soundbar that can connect to your phone’s audio as well as your TV’s, get one that supports either Bluetooth or WiFi.

Expert Tip
Many VIZIO soundbars include surround speakers that in many cases need to be wired to the subwoofer. Most consumers buy soundbars so they don’t have to deal with the wires of a full-blown surround sound system, so wired rear speakers can be a tough sell even though they add a lot to the audio experience.
STAFF
BestReviews

VIZIO soundbars run the gamut in terms of extra features they bring to the table. Here are the ones that are worth holding out for.

Google Assistant compatibility: If you’ve got a Google Home device, you can use it to control some VIZIO soundbars. If you’re into the convenience of voice commands, or you just want a soundbar you can activate by saying, “Hey Google,” look for one with Google Assistant support.

WiFi: Some VIZIO soundbars have embedded WiFi, so they can bring new functionalities like Chromecast audio or so they can work with VIZIO’s custom app. If you’re into streaming music from your phone to your soundbar, grab one that’s got built-in WiFi.

Dolby Atmos support: Dolby Atmos is the latest and greatest surround sound format that creates a sound stage based on the layout and size of your TV room. It can make anything from quiet dialogue to intense thunderstorms sound incredibly realistic. If you want to hear your TV shows and movies in the most lifelike audio available, get a soundbar that supports Dolby Atmos.

"Experiment with subwoofer placement. Subwoofer audio is “directionless,” which some people take to mean you can place it anywhere, which isn’t exactly true. While it’s hard to tell where a subwoofer is with your eyes closed, placement still matters. As always, trust your ears over any advice you get."
STAFF
BestReviews

Inexpensive: VIZIO’s entry-level soundbars cost between $50 and $130. In this price range, you’ll find a lot of smaller, two-channel options and a few that include a subwoofer. If you’re looking for a soundbar for a dorm room, apartment, or using with a secondary TV, you’ll find a good match for around $100. If you’re buying a soundbar for a larger space, plan on spending a little more

Mid-range: The best values in VIZIO soundbars are between $100 and $220. If you’re looking for a soundbar for your main TV, or one that’s got some or all of the bells and whistles — like a wireless subwoofer, Bluetooth, or compatibility with Google Assistant — this is the price range to keep in mind.

Expensive: VIZIO’s best soundbars cost between $220 and $400. Spending this much money on a soundbar can be a tough proposition because it’s roughly the cost of a basic surround sound system with multiple speakers. If you’re looking for a soundbar that’s big, loud, and includes features like support for Dolby Atmos or built-in WiFi, you’ll need to consider the most expensive options (which still offer better values than other brands).

Expert Tip
Some VIZIO soundbars have LED displays with information such as the audio format being played. Others include a single light so you can tell when it’s on. Spend some time thinking about your ideal setup. Some users find displays distracting; others like the useful details they provide.
STAFF
BestReviews

One of our favorite middle-of-the-road options is the VIZIO SB3821-C6. It offers a solid balance of high-end features (like Bluetooth and DTS support) while still maintaining its entry-level simplicity and price tag. It’s also got a wireless subwoofer to give the low end some oomph. If you’re not into surround sound and just looking for a “set it and forget it” soundbar, this is the one to get. If you’re looking for something just as simple but with even better audio, consider the VIZIO SB3651-F6. It’s on the expensive side for VIZIO, but it provides a nice mix of features for budget audiophiles. It’s got a pair of satellite speakers for surround sound, a wireless subwoofer, and it supports high-end audio formats like DTS:X. If you need to compromise on price but not sound quality, put this one at the top of your list. 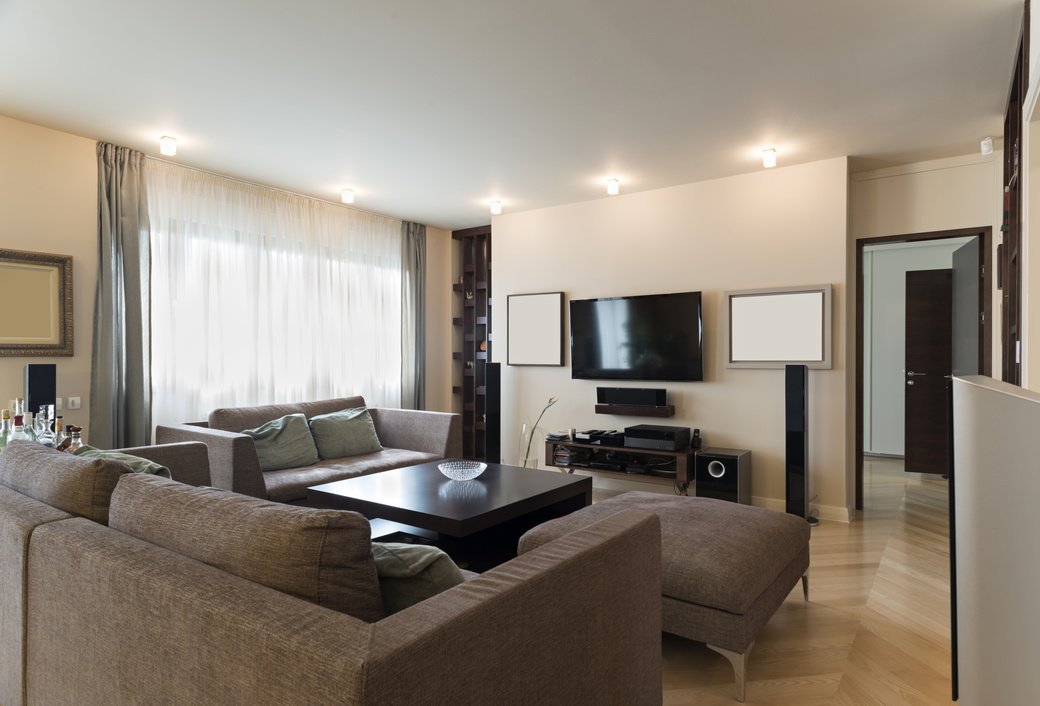 Remember that everything needs to be plugged into a power outlet. Soundbar pictures often hide an important detail: the plug. While it makes sense that you’ll need to power your soundbar, a power outlet is something to remember in your planning. If you have a subwoofer, you’ll need to plug that in, too. 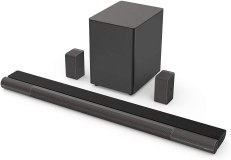 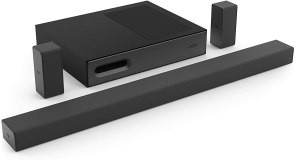 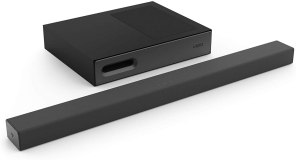