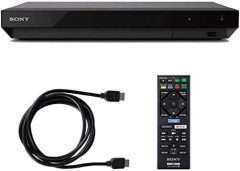 This Blu-ray player not only plays 4K content, it also connects to popular streaming services like Hulu and Netflix.

Plays 4K content including 4K Ultra HD Blu-ray discs. Connects via WiFi or Ethernet to access 4K streams from Hulu, Netflix, and more. Scales up or down from 4K when necessary.

Some experienced glitches with the streaming apps. 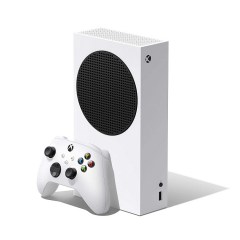 This smart Blu-ray player goes above and beyond to deliver the best picture quality possible to your TV.

This 4K player is the best deal for physical media collectors who will appreciate its backwards compatibility, impressive HDR visuals, and basic video streaming.

Strong performance and value from a basic Blu-ray player.

While streaming video gets most of the glory these days, there’s still a lot to be said for Blu-rays – they deliver better sound quality and image quality, they’re ad-free, and you can keep them forever. Even better yet, everything gets released to Blu-ray eventually, so you don’t have to search through multiple streaming video subscriptions to find your favorite obscure TV show or movie.

Fear not! We’re here to help clear up any confusion. 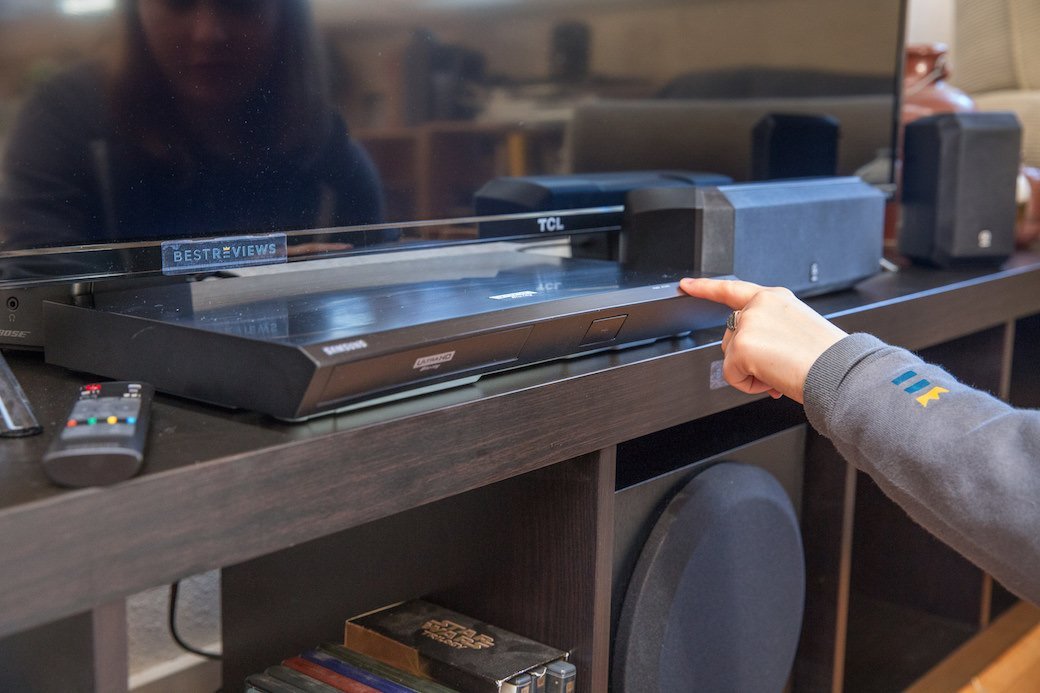 Video stores may be long gone, but you can still rent Blu-ray movies – you just need to do it by mail. Check out Netflix’s Blu-rays-by-mail service, which will bring all of your favorite hits (even those that aren’t streaming on Netflix) right to your door.

Before you start shopping, take a moment to consider your own home theater setup and how you plan to use your new Blu-ray player. Start by answering the following three questions.

Do you own a streaming device?

Do you need a portable Blu-ray player?

If your Blu-ray player will live near your TV for most of its life, you would probably be best off with a traditional Blu-ray player. If you plan to watch  movies in multiple places, however, we recommend that you get a portable one. Portable Blu-ray players usually have their own built-in screens, so they’re ideal travel companions. 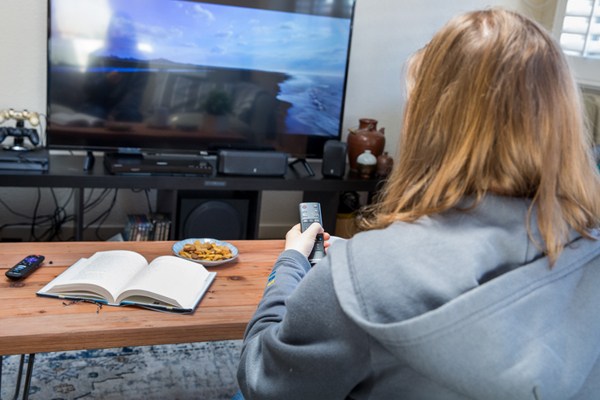 When searching for today’s best Blu-ray players, we give strong consideration to those with extensive support for high dynamic range playback. 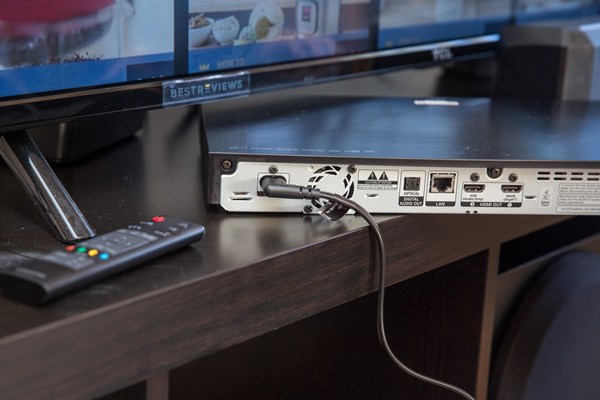 We carefully note the connectivity options of each Blu-ray player and whether it supports home theater-friendly features such as optical audio and LAN compatibility. 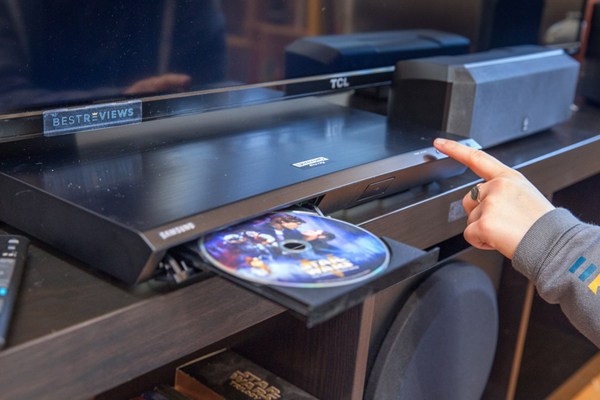 We take time to review some 4K Blu-ray players, which offer the most sophisticated visual standards at this time. 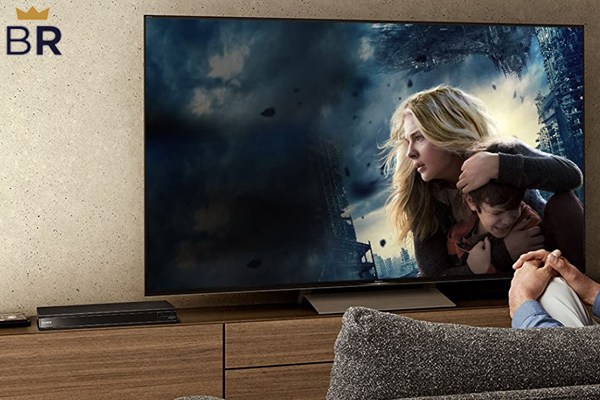 We do a lot of research to make sure we recommend Blu-ray players that recreate images faithfully and don’t introduce any artifacts or stuttering. 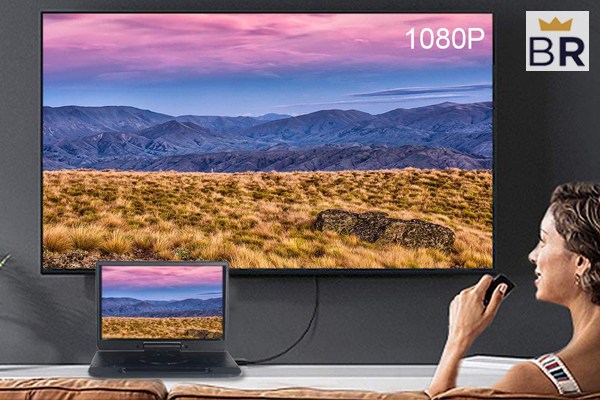 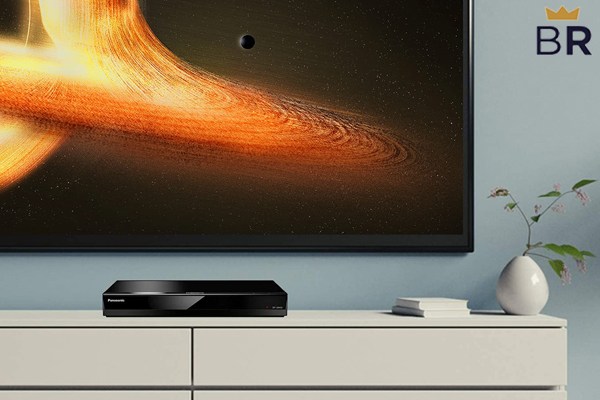 We seek Blu-ray players equipped with the latest hardware and the most refined firmware and operating software. This helps foster Blu-ray compatibility and minimizes the risk of disc or connection errors. 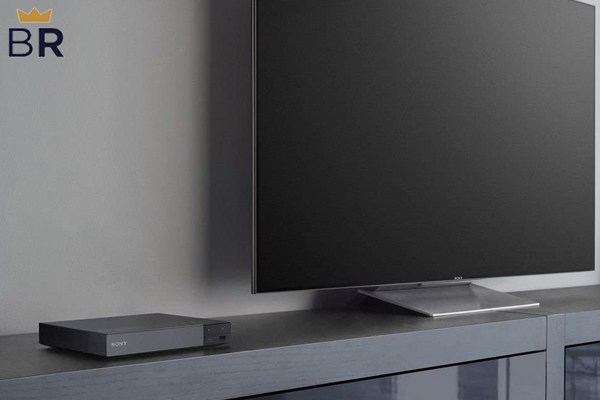 We pay close attention to highly compact Blu-ray players that are barely noticeable on a shelf or entertainment center. 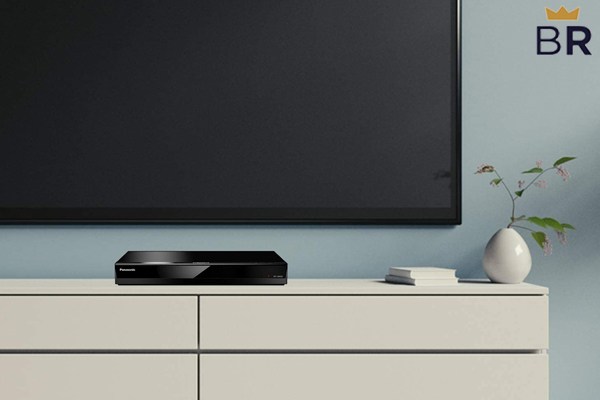 We verify whether each Blu-ray player we investigate is capable of Full HD or Ultra HD output. 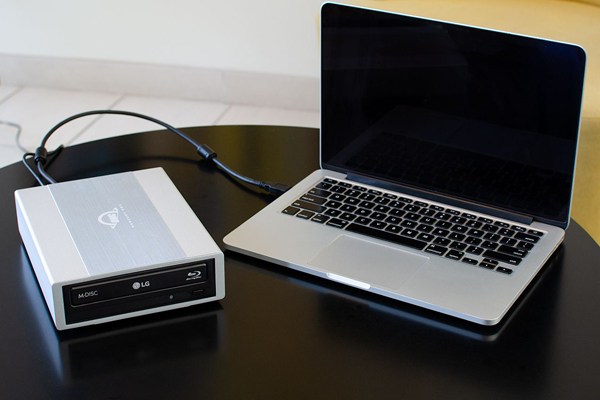 Aside from Blu-ray players meant for home theaters, we also research and review models meant for connecting Blu-ray discs to laptop and desktop computers. 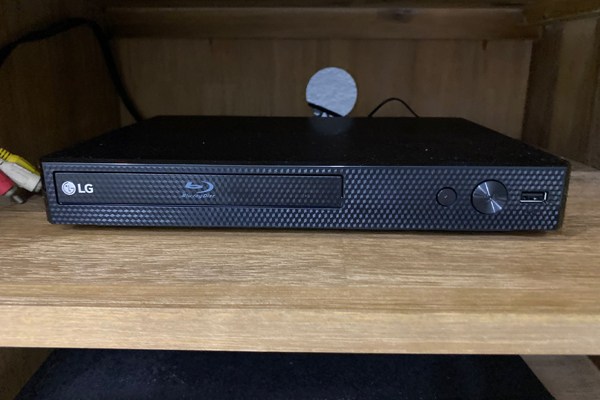 Of all the Blu-ray players we select for in-depth review, many of the top models are actually quite simple and have essentially no learning curve to master.

All Blu-ray players have the same basic functionality: they play back Blu-ray movies. But past that, there are some features that set our favorite players apart from the rest.

3D Blu-ray support: If you’ve got a 3D TV, you will want to make sure your Blu-ray player can play 3D Blu-rays. 3D TVs are a bit of a rarity because TVs stopped including the feature after 2016, but many projectors continue to support 3D.

Streaming video and WiFi: Some Blu-ray players come with built-in WiFi and streaming apps for watching video from streaming services like Hulu, Netflix, or Amazon Prime video. If you don’t have a streaming box already, or if you just like the convenience of having one remote control that manipulates all of your media, look for a Blu-ray player with built-in apps.

Upscaling: Upscaling is the act of taking a low-resolution video source and stretching it (and in many cases, improving it) to a higher-resolution screen. For example, most Blu-ray players can play back DVDs at their native 720 x 480 resolution but will upscale them to 1080p images for an HDTV . In some cases, a Blu-ray player can even upscale the 1080p image from a disc up to 4K resolution. Upscaling is great for making content look better, but just keep in mind that upscaling is only an approximation. As such, 4K upscaling will never look as good as the version found on a native-4K disc.

High-resolution audio support: If you are a home theater enthusiast, or if you like playing around with different audio formats on your Blu-ray movies, you will want to make sure the Blu-ray player you buy supports all of the audio formats commonly found on Blu-ray discs. Most Blu-ray players cover the basic formats like Dolby Digital and DTS, but if you want to hear the high-resolution versions of your movie soundtracks, you’ll need one that can play back DTS-HD Master Audio, Dolby TrueHD, Dolby Atmos, and DTS:X. (Keep in mind that you’ll need either a high-end soundbar or a proper surround sound system to play back and enjoy the sound quality of high-resolution audio formats.)

Testing Blu-ray players
We spent 14 hours researching over 100 Blu-ray players before picking our top five. We then purchased our number one choice and tested it in the BestReviews lab.
STAFF
BestReviews

Low-cost soundbar: JBL 2.1 Home Theater Starter System
If you’re a movie buff, we don’t blame you for wanting a soundbar to go along with your new Blu-ray player. It’ll enhance the sound quality and your overall experience with your favorite titles. This budget-priced option from JBL pushes its rich bass sounds through a wireless subwoofer to the tune of 300W of power. Best of all, the price is quite affordable.

High-end soundbar: Bose Smart Soundbar 700
If you are willing to pay a higher price for a soundbar that delivers perks like voice control and distortion-free sound quality, you might just love this top pick from Bose. It’s got surround sound speakers, Bluetooth, and WiFi connectivity.

Speakers: Bose Surround Speakers 700
For an even better surround sound experience than you’d get with the Bose Smart Bar 700 alone, consider investing in these partner speakers by Bose, which are actually also compatible with several other Bose models. For the movie aficionado who already seems to have everything, this makes a great gift, and it can turn your home theater into a cinema.

The best Blu-ray players often support Netlix, Amazon Prime Video, Hulu, and similar streaming apps. You may or may not feel the need to use these options with your new machine, but they are available to you.

Lower cost: Expect to pay anywhere from $50 to $200 for a traditional Blu-ray player. Pricier models include features such as 3D support and multiple connectivity options. That’s one of the reasons why we like the Sony Streaming Player so much. It has a nice feature set, especially for streaming video, yet its price hovers close to the $100 mark.

Higher cost: For an Ultra Blu-ray player, you should expect to pay $200 to $500. Bear in mind that more features usually equals a higher price. In some use cases, a pricier model will be the best buy. In others, however, the best buy is something from the low-cost bracket.

Why get a Blu-ray player when you can stream from a number of entertainment apps? Movie buffs and audiophiles will tell you that the best high-quality home cinematic experiences come from Blu-ray players.

If you’ve got a lot of Blu-rays and DVDs from foreign countries, you’ll need a Blu-ray player that’s region-free so it will be able to read them. Our favorite region-free Blu-ray player is the LG BP175 because it is so straightforward. It can play any Blu-ray from any country, it can upscale standard DVDs to full HD, and its tiny footprint allows it to fit just about anywhere. So, if you need the perfect player for your Bollywood collection or just an affordable player that will play anything, this is one to look at closely.

If you’re looking for a Blu-ray player that can upscale standard HD movies to 4K, we recommend the Samsung BD-J6300. This Samsung gem is exceptionally good at making HD resolutions look good in 4K. What’s more, it’s got built-in streaming video apps, and it supports 3D Blu-ray movies. Indeed, this is a player that really has it all, including a wired Ethernet port. If you want one that spares no expense, this is the Blu-ray player to buy. 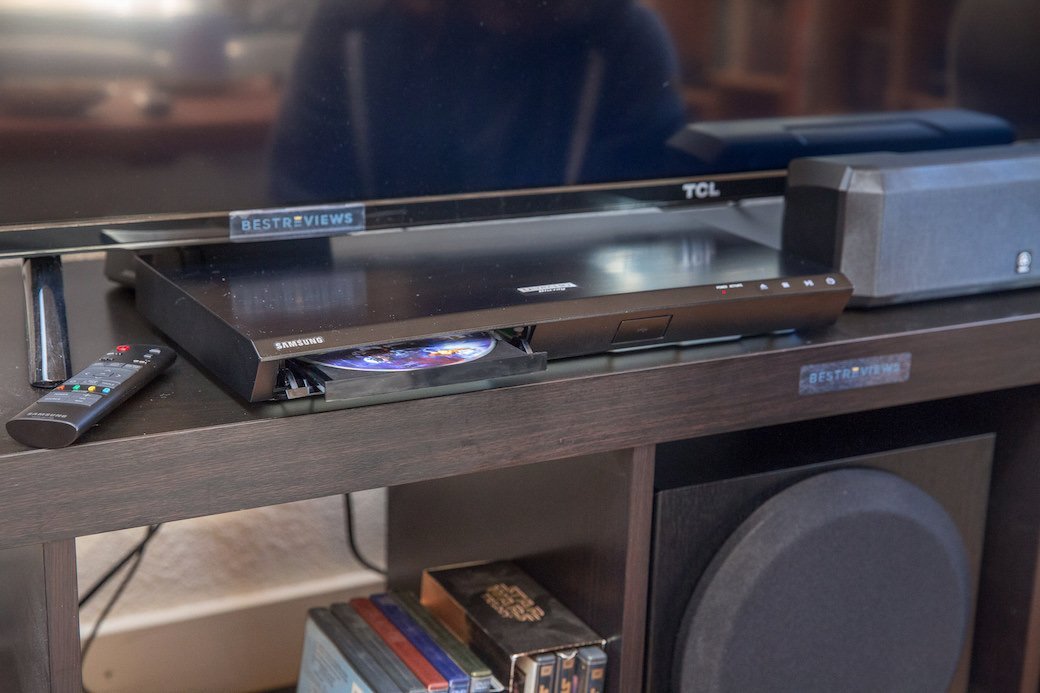 All Blu-ray players are backwards compatible with earlier disc-based formats like DVD, CD, and even rarer formats like VCD. So, in essence, you are getting a CD player and a DVD player with your purchase. Blu-ray players will even play back CDs with data on them, so if you’ve got a ton of JPEGs that you want to turn into a slideshow, you’re in luck.

Q. Can I use a Blu-ray player with an older TV that doesn’t have an HDMI input?

A. Yes, but you will need an adapter. Blu-ray players are designed to use HDMI cables to connect to TVs, but in instances where your TV doesn’t have an HDMI input, you can get an HDMI-to-RCA converter, which will translate the signal to an interface older TVs can work with. Adapters typically run anywhere between $15 and $50, and they are usually easy to set up. Just keep in mind that you will see some quality loss with older TVs, so your movies might not look as good as they could.

Q. If I buy a Blu-ray movie, do I get a digital copy of the movie, too?

A. Usually. Most retail Blu-rays include special codes so you can go online and register for a downloadable or streamable copy of the movie. In most cases, you will be asked to pick a service to download the movie from, such as Google Play or iTunes. That said, we recommend using download codes with Movies Anywhere. With Movies Anywhere, you can connect your streaming accounts from multiple platforms and redeem your movie codes across all of them. For example, if you buy a Blu-ray with a download code and redeem it with Movies Anywhere, you can then stream the movie from Google Play, iTunes, or even VUDU (without having to settle for just one platform). 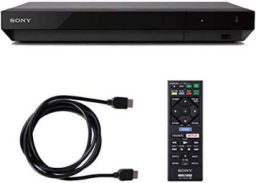 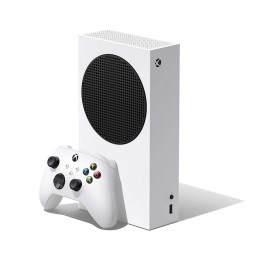 Best Bang for the Buck
Microsoft
Xbox Series S
Bottom Line
If you prefer to buy your games digitally, the speedy yet budget-friendly Xbox Series S is a solid option.
Shop Now 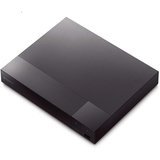 Top Pick
Sony
4K Blu-Ray Player - UBP-X11100ES
Bottom Line
If your entertainment center is fitted with a stunning 4K display and high-end sound system, this is the only way to enjoy your Blu-ray movies.
Shop Now 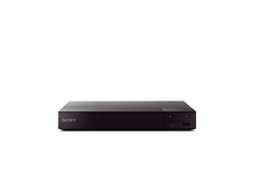 Top Pick
Sony
4K Blu-Ray Player with Upscaling
Bottom Line
This inexpensive Blu-Ray player is the top choice for anyone with a large DVD collection, as this model excels at upscaling older formats to look their absolute best.
Shop Now 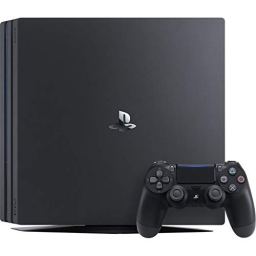 Top Pick
Yamaha
AVENTAGE Blu-Ray Disc Player
Bottom Line
The AVENTAGE is a technical marvel. If you want to stream local video files or cast media from your smartphone to your TV, this is the one to get.
Shop Now