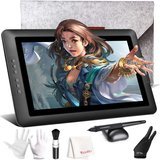 Minor issues with some tech features. More expensive than other models reviewed here, but larger canvas and on-screen drawing feature. 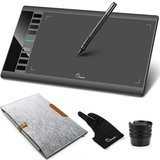 Another art tablet option with a good-sized drawing area that is well-made and suitable for beginners.

Lightweight and sleek, this tablet offers a generous creative area, 10" x 6", with pen accuracy at 2040 levels of sensitivity. Tablet has 3-button mouse commands and 8 shortcut keys for ease and efficiency. High screen resolution and fast refresh (230 rps) make you feel like you're working on paper. Stylus is ergonomically designed for comfort. Case and smudge-prevention gloves included.

Some had problems installing drivers, and there may be compatibility issues with Windows 10. Battery needs to be recharged with ongoing use. 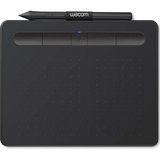 It's easy to be creative using this black wireless graphic tablet, which comes with 2 free art software downloads.

Draw, paint, or color with precision and control using this tablet, which has 4096 levels of pressure sensitivity. Pen is fast (speed 133 pps), doesn't need charging. Slim and portable, with generous drawing space of 6" x 3.7”. 4 customizable ExpressKeys to set up your own shortcuts. Includes 2 free downloadable art software upon product registration.

Some buyers had difficulty with set-up – installing drivers or compatibility issues. Pen nib appears to wear out quickly, requiring replacement. 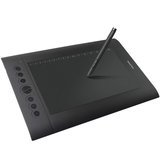 Precision art tablet with large drawing area, which comes with a carrying case and artist's glove.

Aside from some buyers having problems getting the drivers installed on their computer, the tablet works quite well, especially for the low price. 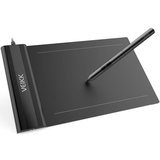 Doesn't have all the features other models we considered have, but you may not need them.

Once upon a time, an art tablet was a big, thick book of paper used for drawing or painting. Now, it’s a slim piece of advanced technology on which you can create illustrations and graphics, manipulate photos, and create animation. Instead of painting on paper and scanning the work into a computer, you draw directly on the tablet screen and use art software to configure your final work.

As you might imagine, there is a wide variety of styles, capabilities, and prices when it comes to tablets for art students. Whether you’re a hobbyist or an aspiring graphic design professional, it’s important to choose the right piece of equipment for the job.

We’ve looked at the best tablets for art students on the market today to compile this shopping guide, and we’ve included a few of our top picks to help you decide. 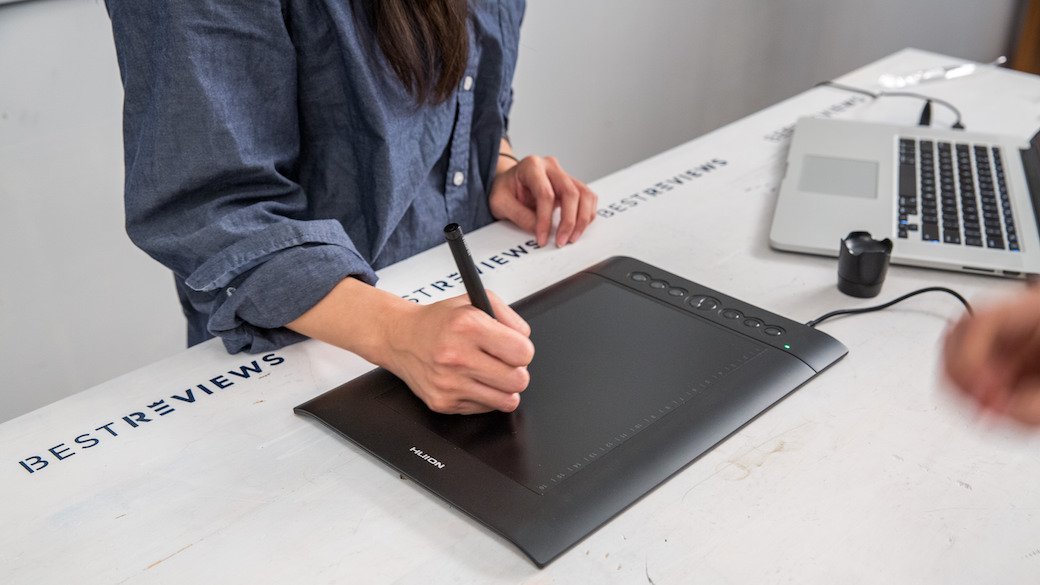 In a tablet, a larger “canvas” is helpful because you don’t have to keep zooming and panning to make larger illustrations.

With these products, you draw directly on the screen using anything from your finger to a special pen or brush. It is just like drawing on a paper pad, giving you a realistic experience. These tablets have the benefit of being portable, which is useful for many work or classroom situations. They can also be loaded with apps for creating your projects, or you can send your files to a computer. Tablet computers are more expensive than graphics tablets and tend to be the technology of choice for professionals.

Price: For a top-end tablet computer, expect to pay between $200 and $500. If you splurge on a tablet with lots of memory and other capabilities, you’ll be out of pocket to the tune of about $1,700.

These tablets have a featureless flat screen that hooks up to your computer and monitor either by USB or wirelessly. You draw on the pad using a special stylus or pen and see the result on the monitor. There’s a bit of a disconnect between drawing and relating to what you’re seeing on the screen as you draw, which takes some getting used to. Graphics tablets are less portable than tablet computers because you need to be in range of the monitor. However, these are good introductory devices for many people because there are decent inexpensive models. 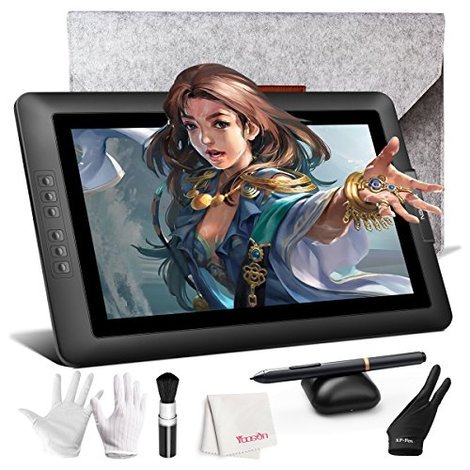 This tablet allows you to paint, sketch, and edit directly onto a high-quality, dust-resistant glass screen. It isn’t the cheapest tablet out there, but you get a lot for the money — high-end full HD resolution, 226 RPS, and 8,192 pressure points — in a professional-level tool. This tablet also comes with the battery-free XP stylus.

Pressure sensitivity: This is a key factor when it comes to creating your art. The tablet captures both the motion and pressure on the screen, so the harder you press with the stylus, the thicker the stroke. Pressure can also adjust the transparency and even the color of the lines you put on the screen. The more refined and detailed you want your art to be, the more pressure sensitivity you need. The range is numbered from low (300) to high (3,000). A minimum of 1,024 pressure points is recommended, and most tablets today have at least 2,048, which is extremely effective for almost all applications.

Resolution: It’s no surprise that resolution differs between tablet brands, much like televisions. And just like TVs, it’s getting better all the time. Tablet resolution is measured in lines per inch (LPI), and the more there are, the higher the resolution. You need about 1,000 LPI for good resolution, and it improves up to 2,000 LPI, but anything above that and you won’t really see a vast difference.

Report rate speed: Report rate speed, or reports per second (RPS), measures the responsiveness, or latency, of a tablet. This is the length of time between making a stroke and seeing the result on the screen. The less delay, the more natural drawing on the tablet will feel. An RPS of at least 200 is recommended, which means the tablet registers the command in 1/200 of a second — plenty fast enough for most mortals.

Function keys: Express keys, also known as “hot” keys, are useful for shortcut commands. Most graphics tablets have a few of these. Some tablets come with customizable buttons so you can adapt the device to your specific uses.

Drawing surface: How the pen feels as you draw is important and can affect an artist’s style. Some tablet surfaces are smooth, as you would expect, but some high-end models are textured so that it feels as though you’re drawing on paper.

Battery-operated pens tend to be thicker because of the batteries inside.

The Apple Pencil is considered the best stylus in the game due to its responsiveness and fluidity, but it only works on the iPad. 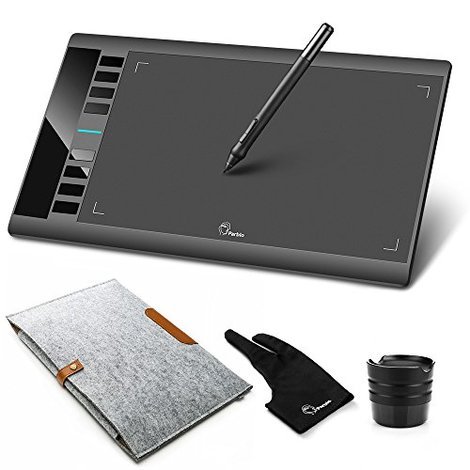 A lot of tablet for the money

The Parblo A610 gives you a decent-size active area, 2,040 pressure points, 230 RPS, and 5,080 LPI. It comes in a nice package that consists of a wool carrying case, stylus, and smudge-protection gloves to stop any inadvertent input from your hand and protect the tablet from oil from your skin.

There are plenty of art tablets out there, and we found a few more we like in addition to our shortlist.

The Wacom Intuos Pro Paper Edition Drawing Tablet is unique in that you can draw on the pad or place a piece of paper over the pad and draw on that. You can not only see what you’re drawing but also get an intuitive feel for your art. The package includes a detachable paper clip and gel pen. Sleek, slim, and Bluetooth-enabled, this tablet has many happy customers.

The Huion Giano WH1409 Graphics Drawing Tablet is huge! And its wireless capability and long-lasting battery mean you can sit 40 feet from your computer. Add to that the 2,048 pressure points, 230 RPS, and built-in 8GB micro SD card, and you have a solid product from a good maker at a great price.

The latest Apple iPad Pro offers a wealth of options. When used with the much-lauded Apple Pencil (sold separately), sketching and drawing feel intuitive. It comes with a Liquid Retina display for industry-leading, true-to-life color, as well as ProMotion for fluid scrolling and smooth motion. It’s expensive, but its versatility and performance are outstanding. 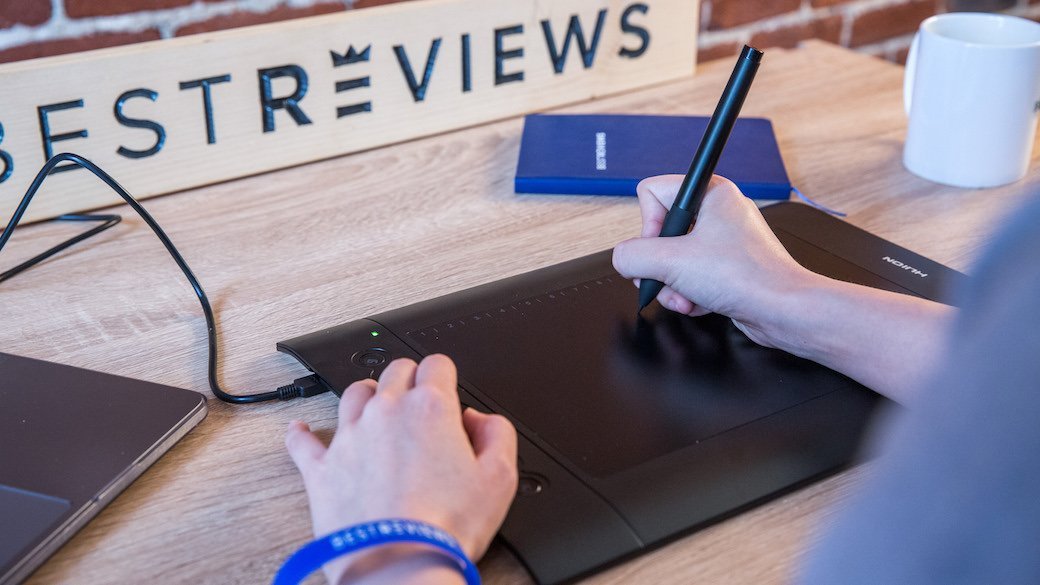 Many tablets come with a pen, or stylus. You can upgrade and add more pens fairly inexpensively, and there is a wide choice of nibs, tips, and even erasers.

Q. What software can I run with this kind of tablet?

A. Tablets are widely compatible with any program you use on your computer, such as Photoshop, Adobe Creative Suite, Painter, Clip Studio, Sketchbook, Zbrush, Gimp, Corel, and Krita. There are many drawing and graphics programs out there, so if you have a specific one you want to run, check the manufacturer’s website. As a bonus, some tablets also come with free downloadable software.

Q. How hard is it to set up a graphics tablet with my computer?

A. You need to install a driver, which can be downloaded from the manufacturer’s website. Make sure you do this before you plug in the tablet. If you’re upgrading from a previous tablet, you might have to uninstall any other drivers. Some top-end tablets also require the use of a graphics card to get the full spectrum of colors. 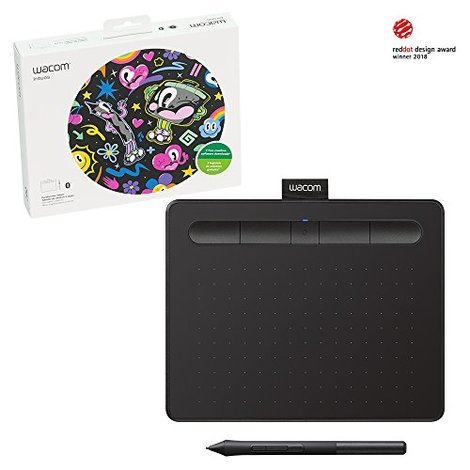 It's easy to be creative using this black wireless graphic tablet, which comes with 2 free art software downloads. 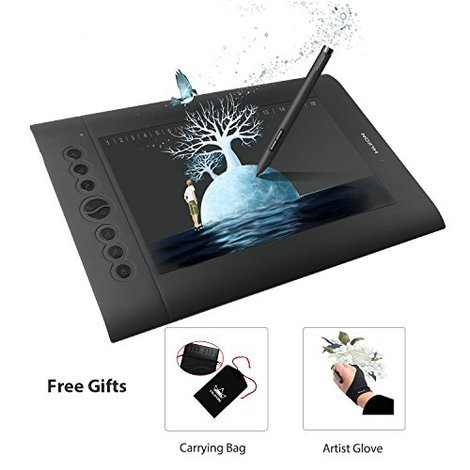 Precision art tablet with large drawing area, which comes with a carrying case and artist's glove. 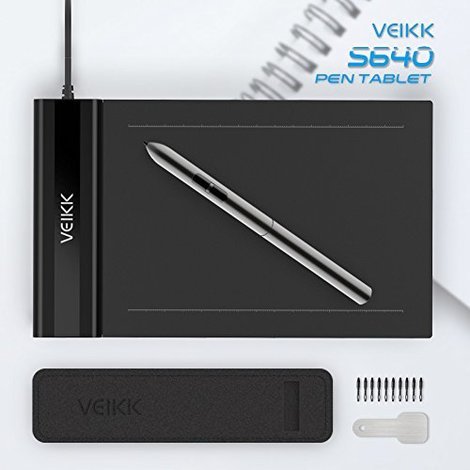 Another art tablet option with a good-sized drawing area that is well-made and suitable for beginners.