The rich and natural-sounding audio of this LG soundbar makes it a top pick for anyone assembling a premium entertainment center for movies and gaming.

Budget-conscious buyers will appreciate this LG soundbar’s clear audio and array of specialized sound modes for gaming, sports, and music.

Does not utilize Dolby Atmos.

Smart home owners will appreciate the array of smart features and cinematic sound of this LG soundbar.

Custom room tuning can only be done through its companion app. 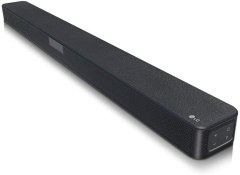 If you are in the market for an inexpensive way to improve your video and music streaming apps, this simple, but effective LG soundbar is worth your consideration.

Not optimized for console gaming.

Dynamic range control can only be adjusted via its companion app.

One of the dirty secrets of the home theater industry is that most modern TVs – even the fancy 4K models – have terrible speakers. TV and projector manufacturers focus their attention on the visuals of your movies and TV shows and rarely put significant effort toward including quality audio, primarily because they’re counting on consumers to bring their own audio solutions.

When it comes to improving your TV’s audio, you’ve got two options: you can build a multi-speaker surround-sound setup complete with an AV receiver and anywhere between three and 12 speakers, or you can buy a soundbar. For most people, the cost and effort involved with a multi-speaker setup is off-putting – and using a single soundbar delivers an audio experience that’s almost as good.

At BestReviews, we’re on a mission to provide the most reliable and unbiased product reviews on the internet. We believe in looking at products from all angles – the pros, the cons, and the compromises – and helping our readers make the best choices based on their needs. Keep reading for our take on LG soundbars. Then, when you have an idea of what features you need and how much you want to spend, check out the table above to see which models we recommend most. 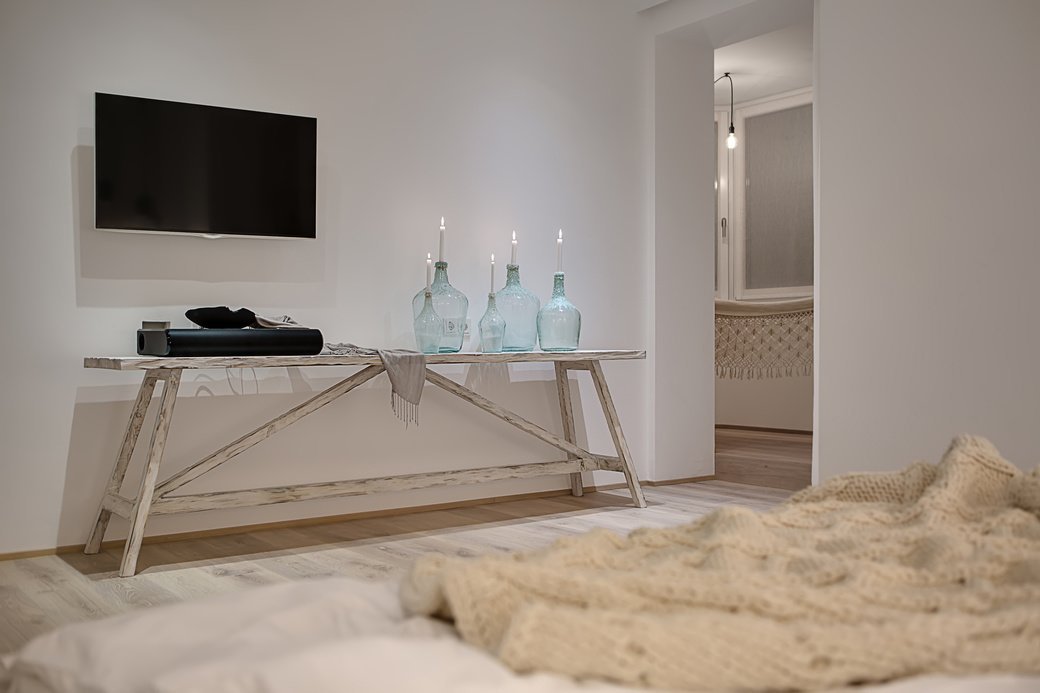 All home theater equipment involving speakers will list the number of speakers supported in a standardized format. For example, a setup with five speakers and a subwoofer is referred to as a 5.1 system. In object-based audio setups, a third number is added to indicate the number of height speakers supported. For example, a 7.1.4 system will have seven speakers, one subwoofer, and four height speakers. All LG soundbars list which formats they can play natively and which they can simulate.

Soundbars have one job: to make your TV and movies sound as good as they look. Unfortunately, determining which soundbars are up to the task can get rather complicated because not all soundbars support every audio format you’ll encounter. Here’s a quick rundown of the different audio formats you’ll see listed in connection with soundbars and what they mean.

Dolby Digital is the most common digital surround format available. A Dolby Digital signal can carry sound information for as many as eight speakers, but it can also work through as little as one speaker. Most broadcast television – including TV accessed through a cable box – comes with Dolby Digital audio.

Dolby Atmos is Dolby’s take on “object-based audio,” which adds an additional two to four speakers to a traditional 7.1 speaker setup. The additional speakers are typically positioned in the ceiling above the viewer where they create “height” audio, meaning they’re able to work with other speakers to place specific sounds in specific areas of the room. Best of all, Dolby Atmos is dynamic, so the setup process will calibrate to your specific viewing area and create the perfect soundscape for the environment. When LG soundbars list support for Dolby Atmos, that means they include two to four additional up-firing speakers which will simulate the effect of ceiling speakers. Dolby Atmos is currently found on 4K Blu-rays and some streaming services, and make no mistake, it represents a huge step forward from prior audio formats.

Digital Theater Sound (DTS) is a rival to Dolby Digital that can be found on many DVDs and some streaming apps. Although it’s less common than Dolby Digital, it’s a step up in audio quality. Both Dolby Digital and DTS are compressed audio formats, meaning they don’t have all of the fidelity of the original recording – but they both still sound pretty great.

Digital Theater Sound High Definition Master Audio is the upgraded version of DTS. It features uncompressed audio in up to eight speakers. Uncompressed audio is a major improvement because you’re hearing the soundtrack unaltered. Conversations in DTS-HD-MA sound up close and personal; action scenes will make your living room sound like a war zone.

Digital Theater Sound:X is the competing audio format to Dolby Atmos. Much in the way that Dolby Digital is found everywhere (but DTS is superior), DTS:X is a more capable format than its more commonly found closest competitor, Dolby Atmos. DTS:X also features object-based sound, but with DTS:X, you can manually adjust specific sound objects. For example, if a center channel is playing dialog as well as music or additional background audio, DTS:X can isolate the dialog and increase the relative volume. (With other formats, you can adjust the entire volume of the center channel, but DTS:X takes it to a new level of specificity.)

Did you know?
Some LG soundbars include built-in Chromecast functionality, so you can “cast” any audio content directly from your smartphone to your soundbar to enjoy it in high fidelity. Casting is a bit simpler than Bluetooth, and it yields better-quality audio.
STAFF
BestReviews

LG offers a wide variety of soundbars in a broad range of price points. As you’re considering how much you want to spend, keep these price ranges in mind.

As you’re shopping for an LG soundbar, consider these tips. 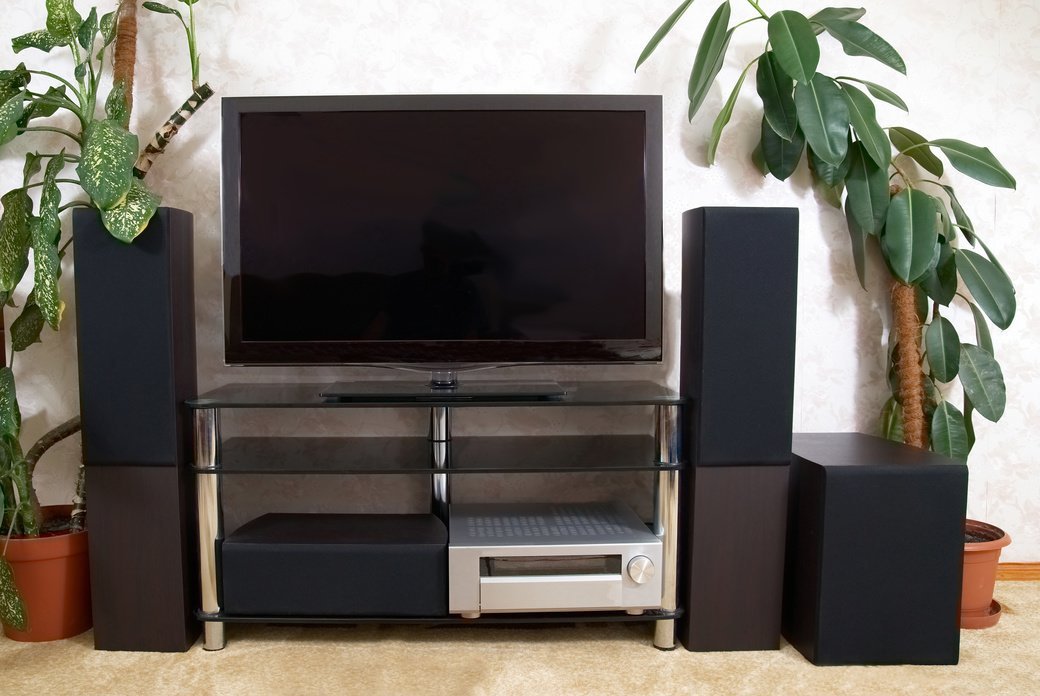 LG sells a speaker upgrade kit that works with most modern LG soundbars. The upgrade kit includes two additional speakers for use as rear-surrounds in a surround-sound setup and connects to your existing LG soundbar wirelessly. Adding LG’s additional rear surrounds is a great compromise between immersive audio and the cost and headache of setting up a complete multi-speaker system.

Q. Are wireless subwoofers as good as wired subwoofers?

A. Yes, for the most part. While any type of wireless speaker comes with the risk of occasional static or wireless interference, the wireless subwoofers included with LG soundbars are just as powerful and expressive as their wired counterparts.

Q. Do soundbars sound as good as multi-speaker systems?

A. Almost. Many soundbars use up-firing speakers and echolocation technology to simulate surround effects, so it will sound like audio is coming from behind you or moving around the room. However, because every viewing room has unique acoustics, simulated surround will sound better in some locations than others. The bottom line: if you have a larger viewing area, you’ll probably need a full surround-sound speaker system to fill the room. But if you’re watching in a typical living room or bedroom, a soundbar will be more than enough to deliver a theater-like experience.

Q. Can I connect a turntable to a soundbar to play my vinyl records?

A. You can if your turntable has a built-in preamp. Turntables require more amplification than standard audio sources, which is why they typically need to be plugged into ports labeled “phono.” LG soundbars don’t include phono inputs, but many modern turntables have built-in preamps so they can connect to any speaker or amplifier with a standard RCA input. If your turntable doesn’t have a built-in preamp, you can purchase one separately and use it to properly connect your record player to your LG soundbar. If a record player will be part of your soundbar setup, make sure to buy a soundbar that has RCA inputs. 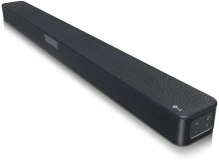