The versatile Smart Tab M10 is the best tablet for watching TV, listening to your favorite music, and as a stylish smart home hub.

Its 8-inch display is not the biggest tablet available.

You’ll appreciate the large 10.1-inch screen on this sharp-looking tablet, which is great for gaming and streaming video.

2GB of RAM and 16GB of storage space. Stand angle is flexible, so you can use the tablet in the most comfortable position for your needs. Speakers are clearer than you’d expect.

Battery reliability is a question mark, as it may occasionally struggle to charge properly.

Between its long battery life, huge array of apps, and bright screen, the inexpensive Tab M7 is the perfect entertainment tablet for kids.

Its 2MP cameras are not especially impressive.

The surprisingly fast Chromebook Duet combines the productivity of a laptop and the versatility of a slim tablet to provide users with the best of both devices.

Tablet computers deliver great processing power at a great price. The technology and associated hardware have been around long enough that tablet designs are familiar and reliable. Lenovo is a trusted, popular brand, offering tablets in multiple sizes and configurations.

Whether you want to surf the internet, rule social media, stream movies and TV shows, or run business apps, there are plenty of Lenovo tablet models from which to choose.

We put together a list of the important features to look for in a Lenovo tablet. In this article, we break down some key components and also discuss the information you need to know about tablets in general. 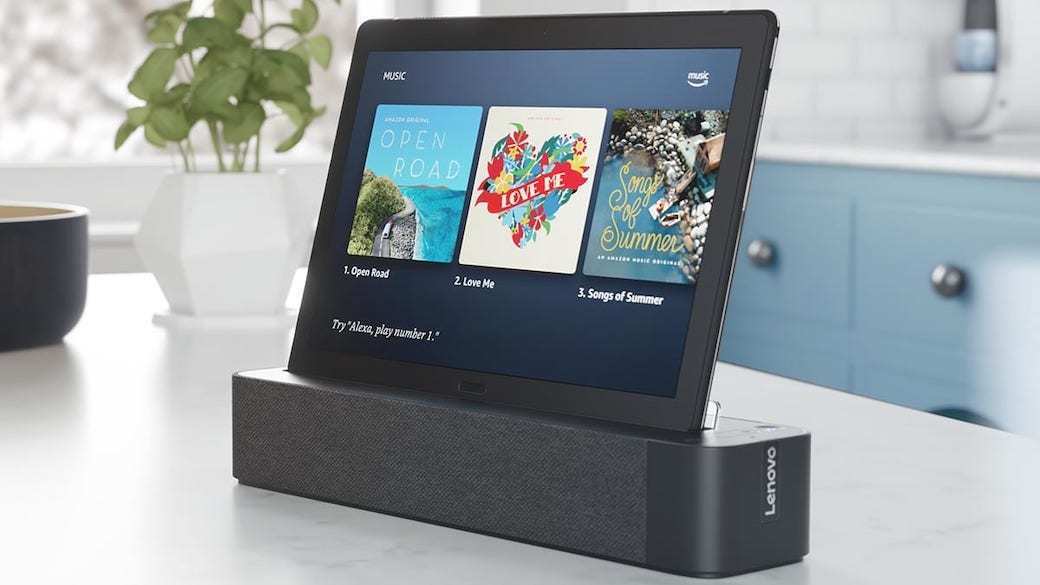 As with any computer, a tablet runs from a central processing unit (CPU). Fast, powerful processors give the tablet the ability to run the majority of games and apps. If you need to stream video on your tablet, you will want the fastest CPU you can afford. Video processing requires above-average processing power to avoid skips and freezes in the video, and a faster processor will help run video smoothly at full resolution. Weaker CPUs could limit your enjoyment of games and video streams.

When gaming or video streaming, screen size plays a big role in your enjoyment using the tablet. For a Lenovo tablet, you’ll typically be choosing between 8-inch and 10.1-inch screens. Less commonly, a Lenovo tablet may have a screen as small as 7 inches or as large as 13 inches.

RAM: RAM, or random access memory, is the working memory a tablet uses. A large amount of RAM allows the tablet to work faster. RAM amounts of 1GB or 2GB are common for Lenovo tablets.

Camera: All Lenovo tablets are equipped with cameras. Cameras that can rotate 180 degrees inside the edge of the tablet frame are common with Lenovo tablets. This is helpful for achieving the best angle for a shot. It’s common to use tablet cameras for video conferencing. Tablet cameras can also shoot photos, though they can be awkward to hold steady for still shots.

Connectivity: With a Lenovo tablet, you’ll be able to connect to a WiFi network. Some models also let you connect to a cellular network (with an added subscription).

On average, Lenovo tablets cost less than other brands of tablets. Within the Lenovo brand, tablets with smaller screen sizes have lower price points than those with larger screens. A tablet’s components also affect the price. Pricier models tend to have faster processors, extra RAM, additional storage space, and higher screen resolution.

These are big ranges. It’s important to note that tablets on the lower end of each price range are often slightly older models that are still available. Lenovo also offers some tablets designed especially for business. They contain extra security features, large screens, and detachable keyboards. These Lenovo tablets cost anywhere from $500 to $1,500. 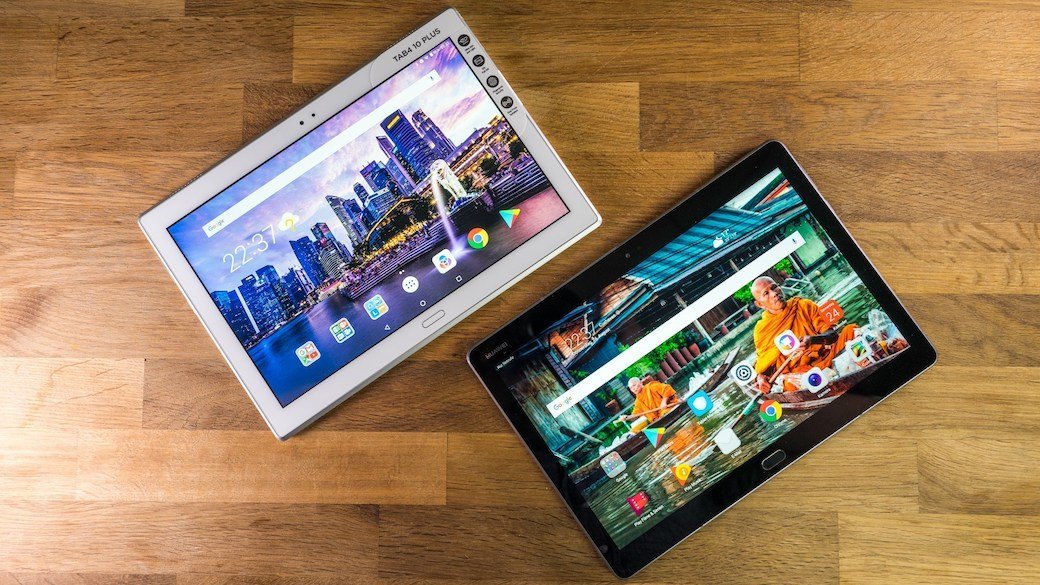 Q. Can I print from my Lenovo tablet?

Q. How do I stream TV shows and movies to the Lenovo tablet?

A. The easiest option is signing up for a streaming service. Several options are available for roughly $0.25 to $2 per day with free trial periods. You then download an app for that streaming service. With your tablet connected to the internet and with the app open, you can begin watching TV shows and movies.

Q. Will I need a screen protector for my tablet?

A. You could potentially scratch the screen of a tablet, so some people want a protector. However, the screen glass in a tablet is thicker and resists scratches better than smartphone glass. If you have a case for the tablet that covers the screen when it’s not in use, that may be enough protection to avoid significant scratches on a Lenovo. However, if you want full protection at all times, a screen protector is a good idea.

A. Yes, although each tablet model performance varies. Some models deliver battery life of 20 hours between charges with typical usage. The average Lenovo tablet charge lasts for 12 to 15 hours. But heavy usage, such as streaming video, can cause the battery life to fall below average. 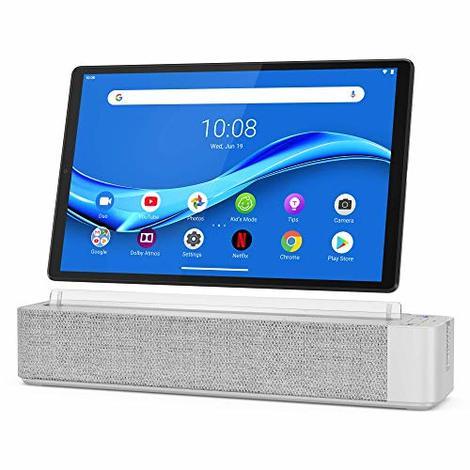 The versatile Smart Tab M10 is the best tablet for watching TV, listening to your favorite music, and as a stylish smart home hub. 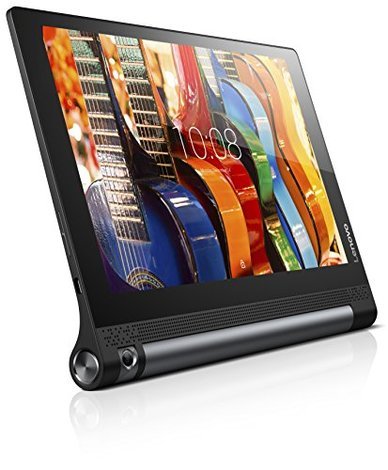 You’ll appreciate the large 10.1-inch screen on this sharp-looking tablet, which is great for gaming and streaming video. 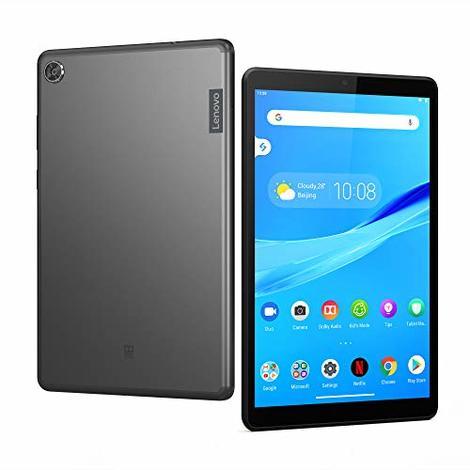 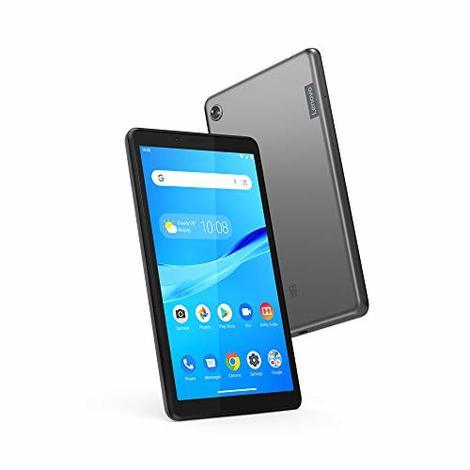 Between its long battery life, huge array of apps, and bright screen, the inexpensive Tab M7 is the perfect entertainment tablet for kids. 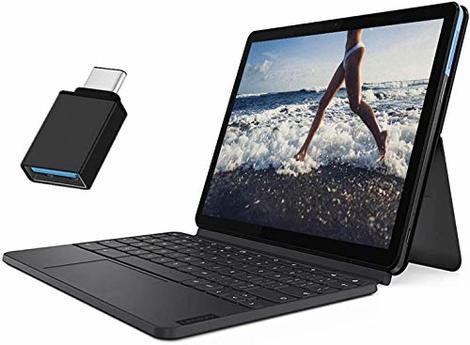 The surprisingly fast Chromebook Duet combines the productivity of a laptop and the versatility of a slim tablet to provide users with the best of both devices.