Team with Spider-Man and his web friends to defeat Green Goblin and other arch enemies on a New York bridge. Press the flag to launch a net to trap villains. Lots of cool features, including trap doors and a secret lair. 7 mini-figures.

Expensive and may be too complicated for younger fans.

Not as action-filled as other super hero sets.

Recreate the battle for the Infinity Gauntlet, pitting Thanos against the Avengers. The 674-piece set includes the Guardians’ ship and space scooter. Iron Man, Star-Lord, Gamora and Thanos mini- figures.

Not as realistic or detailed as some Marvel sets.

Recreate the attack on the Avengers from within by Ultron. Tower is more than 14" high and folds out for easy play. 5 mini-figures include Iron Man and Thor. Set is comprised of 515 pieces. 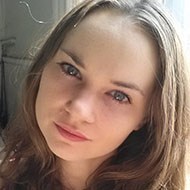 No matter how you slice it, Marvel Studios is the current king of Hollywood. With dozens of larger-than-life characters doing battle for the fate of the cosmos, the size and scope of the Marvel cinematic universe is unmatched. With a LEGO Marvel Super Heroes set, you can recreate your favorite skirmishes, vistas, and banter-filled quip-offs from the movies and comics at home.

With such a wide range of characters and locations to choose from, it’s no surprise that there’s a LEGO set for every Marvel fan. Whether it’s the airport fight from Captain America: Civil War, a spooky scene from the Marvel Zombies series, or the Avengers’ epic battle with Thanos in Infinity War, fans of all ages can find a set that appeals to their imagination.

Our buying guide will help you find the best LEGO Marvel Super Heroes set for you. We outline the key considerations, special features, and how much you can expect to pay. For our five favorite LEGO x Marvel sets, see the matrix above. 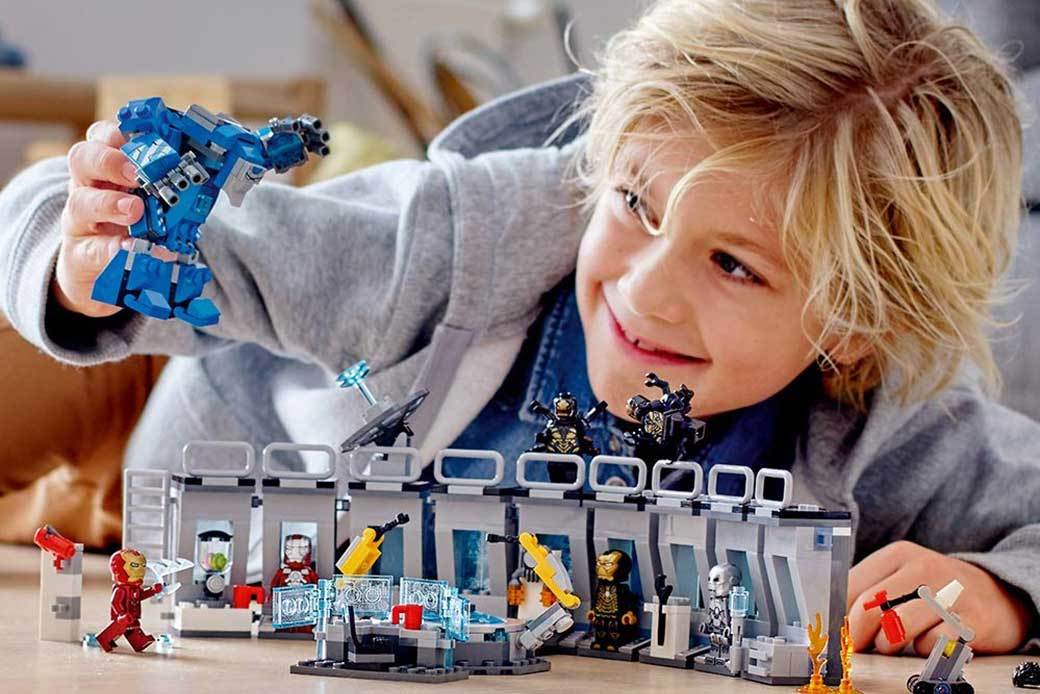 In the late 1990s, Marvel wasn’t the pop culture juggernaut it is today. The company actually sold the film rights to several of its characters to avoid bankruptcy, which is why X-Men and Fantastic Four films were made by 20th Century Fox until recently.

The age range and difficulty rating of any LEGO set are important factors to consider because while challenges are healthy, choosing a product that’s too intricate may cause your child to become frustrated and give up. Look carefully at the minimum age of any LEGO Marvel Super Heroes set before buying. There is certainly some wiggle room here – some kids develop at a different pace than others and can handle more complex tasks earlier – but the ratings are carefully researched and should still be used as a guide.

LEGO Marvel Super Heroes sets come in all shapes and sizes, ranging from small single-character sets to epic battles containing thousands of pieces. If you’re buying a set as a gift, think about the attention span of the person you’re buying for. Is a three-hour project more appropriate than a long-term one? If so, seek out a set with 400 to 600 pieces. Also, consider the set’s completed dimensions if you want to display it on a shelf at home.

While lights aren’t a common feature for LEGO Marvel Super Heroes sets, they can be purchased as accessories for characters like Iron Man or Doctor Strange. Furthermore, they can be used to decorate completed landscapes or vehicles.

Depending on the set you choose, it may have several interactive features. These could be as simple as a turning gear or as complex as a spring-loaded trap that can launch figures into the air. Other examples include doors that open, removable windows, and even motors and pneumatics.

To protect your finished LEGO Marvel Super Heroes set, consider a display case. These can be purchased from LEGO, a third party, or built from scratch for a unique yet functional look. Display cases become obligatory when you enter the world of low-volume sets, collector’s items, or signed memorabilia.

Did you know?
The first LEGO Marvel Super Heroes sets came out in 2012. The release consisted of four scenes from The Avengers film, one from the X-Men comic books, and one from the Ultimate Spider-Man TV series.
STAFF
BestReviews

Inexpensive: LEGO Marvel Super Heroes sets can be had for as little as $15. From $15 to $50, you’ll find small yet detailed sets containing 150 to 500 pieces, with a handful of unique minifigures alongside a featured element.

Mid-range: For $75 to $150, the number of pieces and centerpiece elements go up considerably, with some LEGO Marvel Super Heroes sets exceeding 1,000 pieces. The centerpieces are far more interactive as well, with various trap doors, windows, item launchers, and swings popping up across various sets.

High-end: Starting at $250 and up, you’ll find two types of products: huge, highly interactive setpieces, such as a SHIELD Helicarrier with lights and spinning rotors, or a low-volume collectible. LEGO Marvel Super Heroes sets in this price range can have as many as 3,000 pieces, or they may contain a single high-value piece.

"Playing with LEGOs at a young age refines motor skills and hand-eye coordination when it matters most. It also stimulates the imagination as LEGO sets can be rearranged and reassembled to create just about anything the mind evokes."
STAFF
BestReviews

The LEGO Marvel Super Heroes sets have been flying off the shelves since 2012, so fans of both comics and toys have plenty of choices. One set that struck our eye but just missed the cut for our top five is the LEGO Marvel Super Heroes Spider Mech vs. Venom. This set features Spider-Man and Venom mechs: what other reasons do you need? The Spider Mech has a web shooter and gripping toy claw, and the set also includes Aunt May and Ghost Spider minifigures.

We also like the LEGO Marvel Super Heroes Avengers Infinity War: The Hulkbuster Smash-Up. Not only can you build the epic Hulkbuster suit with a Bruce Banner minifigure inside, you can recreate the end of Avengers: Infinity War with Proxima Midnight, Falcon, an Outrider, a gun turret with a ball shooter, and a compartment containing an Infinity Stone. 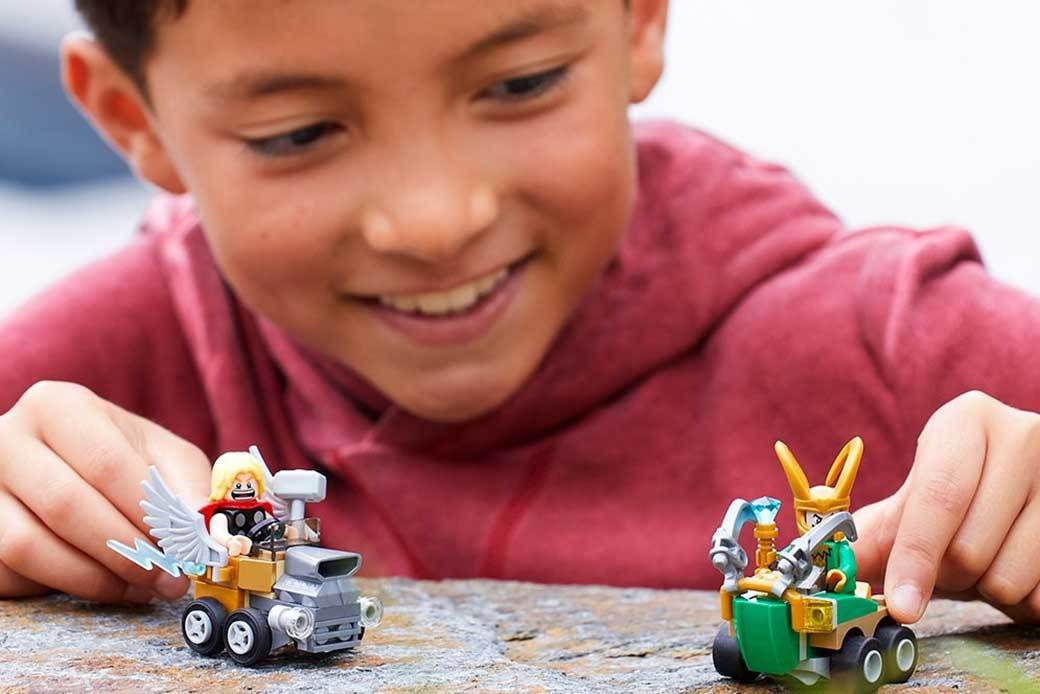 LEGO sets aren’t just toys; they’re valuable educational tools. They can help develop communication, resource management, and teamwork skills as well as the patience to work out complex problems. The completion of a LEGO project can also improve self-esteem to encourage further learning.

Q. Can I buy individual LEGO pieces and parts?
A. The majority of LEGO customers buy full sets, but individual pieces are sought out more often than you might think. These can be used to replace lost parts or to build completely custom creations. To buy extra pieces, go to LEGO’s Pick a Brick website, where you can search by color, category, part name, and part number. If you can’t find what you need there, the brand’s Bricks & Pieces hotline offers a wider part selection and can help you find alternatives for elements you can’t find online.

Q. How do I find my LEGO set number and parts numbers?
A. Each LEGO set has its own unique number. These were originally three digits, but as the company has grown, set numbers have increased to five to seven digits. Set numbers are commonly found under the red LEGO logo, near the age recommendation. Individual part numbers and accompanying visuals are listed in the building instructions.

Q. What is LEGO Life magazine?
A. LEGO Life is a free, quarterly magazine for kids aged five to nine. It contains LEGO comics, LEGO posters, mini games/challenges, spotlights for community creations, and other LEGO-themed activities. 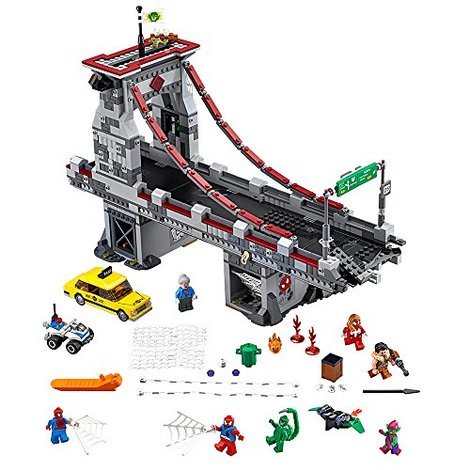 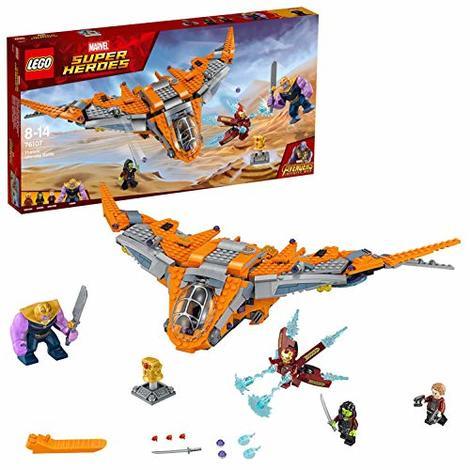 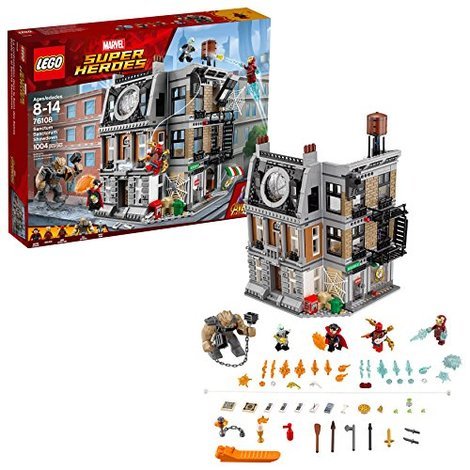 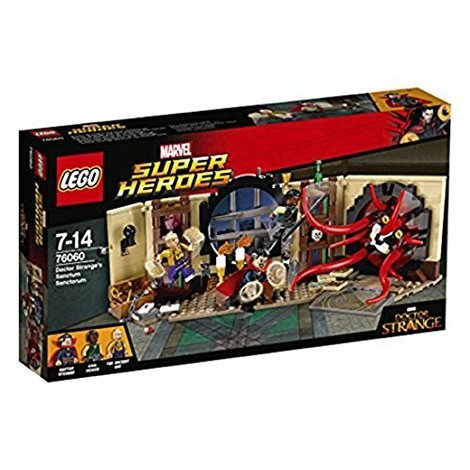 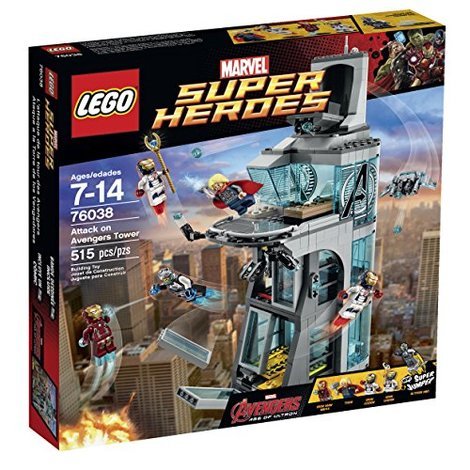