The more powerful configurations boost up the price substantially.

The Galaxy Chromebook’s versatile design, blazing speed, and immersive display make it the most comprehensive laptop for college students.

Its 8-hour battery life is good, but it could be better.

This inexpensive laptop is a versatile and reliable option for college students who need a model to handle a wide range of courses.

Its 720p display is not especially impressive.

While the ConceptD 5 laptop is a large up-front investment, it is the perfect tool for animators, video editors, and others to utilize in their creative field after college.

Available in a wide array of configurations, the core HP ENVY Laptop 17t is a perfect fit for college students because it's bright, speedy, capable, and reliable.

If you’re headed to college, you’re going to need the right laptop — one that’s going to be able to keep up with you all day long, and for four years straight. These days, picking out a laptop is no small feat: You’ll need to make several crucial decisions that you can’t really take back, like screen size, amount of RAM, and even operating system.

Whether you’re a Computer Science major who needs a rugged laptop for late-night coding marathons, or a English major who just needs something to write papers with, we’ve got you covered. Here’s everything you need to know to find the right laptop for keeping yourself on the Honor Roll. 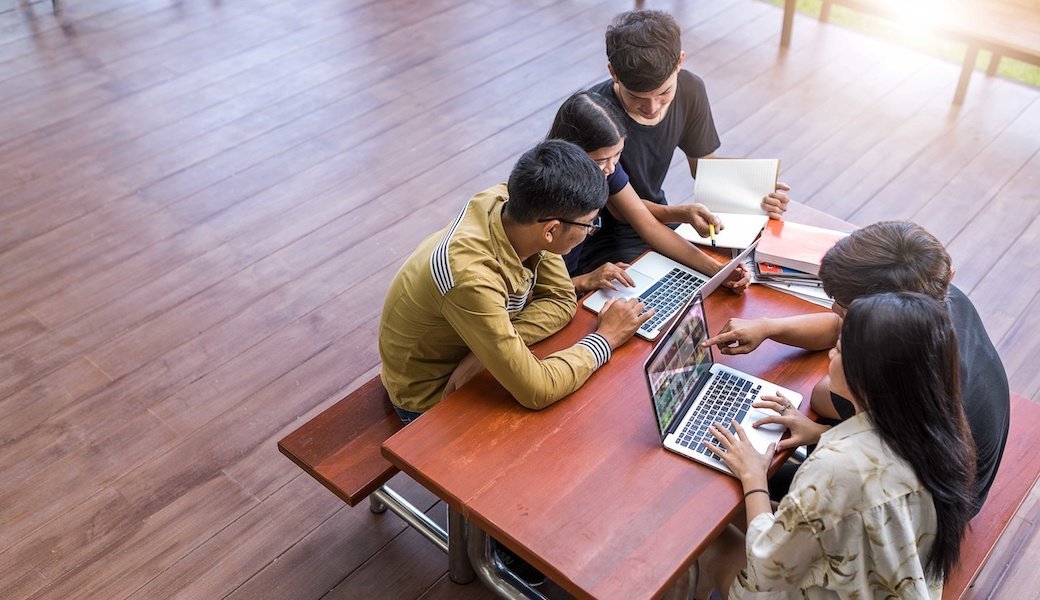 If you’re trying to decide between buying a Windows laptop and an Apple laptop, compare how each company treats privacy. With default settings, Microsoft Windows tracks and reports user behavior in the name of improving with feedback. Apple, in keeping with their stance of “We don’t want your data,” tracks minimal user data.

It’s important to focus on the technical specifications of your new laptop. The right choice can help you “future-proof” your investment as much as possible so it lasts as long as possible. Here are the vitals that matter most.

Most laptops aimed at the college crowd feature screen sizes between 11 and 15 inches on the diagonal. The screen size essentially determines the overall size of the laptop, so if you’re planning on taking it with you everywhere, it’s worth considering how much laptop you’re willing to lug around. A 13-inch or 15-inch model would probably appeal to most people.

Laptops can weigh anywhere from three to seven pounds. While that range might not sound huge, the weight of your laptop will definitely make a difference after a full day of carrying it from class to class. Portability comes at a premium, as lighter laptops tend to cost more than heavier laptops.

The central processing unit (CPU) is the chip responsible for all operations on a laptop. If laptops were cars, CPUs would be the engines. Naturally, some CPUs are faster and more capable than others. To complicate matters, CPU speeds from different manufacturers can be difficult to directly compare because of fundamental differences in architecture.

The most common CPUs for laptops are made by Intel and come in three classes, each faster than the last: i3, i5, i7, and i9. Intel periodically upgrades each line, so take note of which generation is included with your potential purchase. For example, a laptop with a seventh-generation i5 CPU is a solid middle-of-the-road choice.

A laptop’s random access memory (RAM) controls how many tasks the computer can take on simultaneously. This is incredibly important; without enough RAM, even the fastest CPU can seem sluggish. More RAM doesn’t actually speed up how quickly data is processed, but because it controls how much data gets processed at a time, it has a big impact on how fast a laptop feels. Many laptops come with 4GB of RAM, but if you need a laptop that’s still going to feel fast after a few years of use (and multiple software updates), get one with at least 8GB, if not 16GB.

Different laptops come with different operating systems, and while there are significant differences in the look and feel of each OS, all of them are more than sufficient for college students. Here’s a look at what makes each OS unique.

Microsoft Windows is the most widely used operating system across college campuses. It’s often found on budget and moderately priced laptops. Because Windows is so ubiquitous, it’s pretty easy to get tech support for a Windows laptop. However, it’s also a bit of a chore to keep the laptop secure from viruses.

OS X is found only on Apple laptops. These laptops tend to cost between 10% and 30% more than comparable models from other brands. The best part about OS X is what you don’t experience; crashes, viruses, and random slowdowns are far less prevalent on Mac laptops than competing Windows models. If you need the most worry-free laptop available and you don’t mind paying a premium, consider getting a laptop from Apple’s MacBook product family.

Linux is an open-source operating system that has grown through community contributions and free software. There are countless variants of Linux, but the most popular are Ubuntu Linux and Mint Linux. Linux isn’t typically sold with most mainstream laptops, although it can be loaded to replace an existing operating system on just about any hardware. Linux is user-friendly but can require some light coding now and then, making it most appropriate for engineers and other computer science majors.

Did you know?
Most modern laptops no longer include a DVD drive because users usually prefer to stream movies, and the software for that can be downloaded online. If you need a laptop with a DVD drive, you may need to buy a previous-generation model.
STAFF
BestReviews

Durable laptops can cost a little more than traditional models, so before you jump on an advertised bargain, know what you’ll get for your money.

Between $199 and $499, you’ll find budget laptops that cut corners and don’t age well. While a lot of laptops in this price range can seem like good bargains, the reality is that they feel slow and ineffective out of the box. What’s more, underpowered hardware doesn’t age well. If you need a laptop that can support your lifestyle as a college student, don’t go for the cheapest one you can find; the frustration isn’t worth it.

Between $500 and $999, expect to encounter capable machines with respectable hardware under the hood. Machines in this price range won’t have the latest and greatest hardware, but they will still be fast enough to competently handle most common tasks. Laptops in this price range will definitely feel slow after a few years of use, but they will always excel at the basics like web browsing and word processing.

Between $1,000 and $1,500, you’ll find laptops that have bleeding-edge hardware and are still remarkably light. In this price range, you’re essentially paying for three things: portability, speed, and longevity. If you want to be certain that your laptop will fit easily in a bag, will still feel fast in a few years, and will withstand its fair share of bumps and dings, you’ll need to pay top dollar.

Experiment with different laptop weights before you buy. To get a sense of how it feels to carry around a laptop, find several books of varying weights between three and seven pounds. Carry each book around in a bag or backpack to get a sense of your ideal laptop weight. Seven pounds may not sound like a lot, but lugging a seven-pound laptop around all day could wear on anyone. Do some experimenting to find the right laptop weight for you. Your shoulders will thank you later.

When you turn your laptop on for the first time, run system updates before doing anything else. All computer operating systems rely on regular updates in order to defend against new and ongoing security threats. It’s best to bring your new laptop up to speed with the latest virus definitions and bug fixes right away. Resist the urge to start personalizing your laptop the moment you open the box. Safety first! 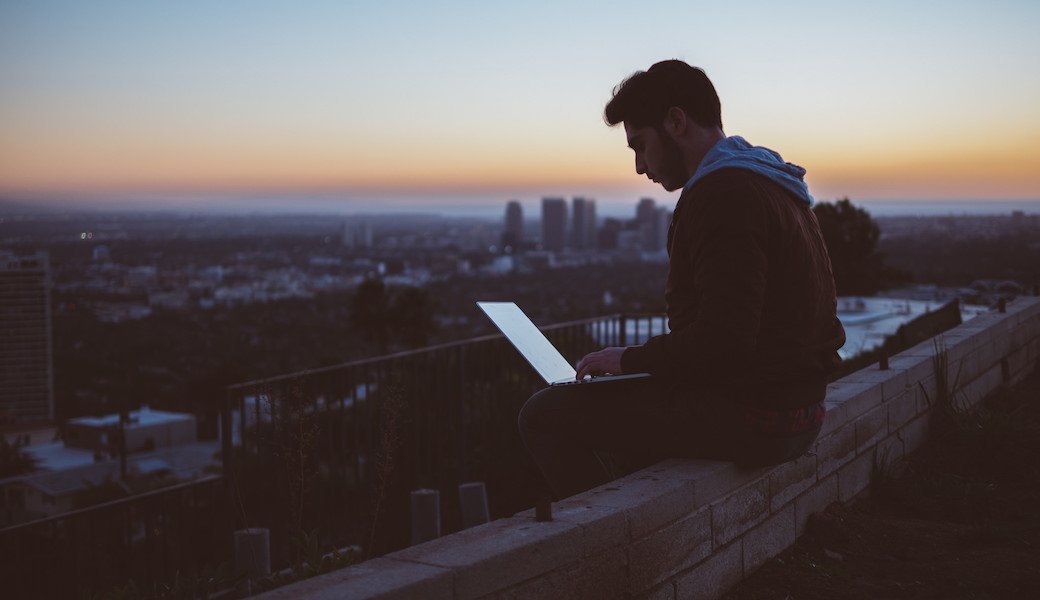 Q. What do I need to do to get Microsoft Word on a new laptop?

A. Microsoft’s word-processing application, Word, is typically not included with most laptops. To install it, you’ll need to purchase a copy from Microsoft or an authorized vendor, then download the software setup file. Microsoft also offers web-based options known as Office Online and Office 365. But before you make a purchase, check with your college’s IT department. In many situations, colleges are able to provide free copies of Microsoft applications to registered students.

Q. How big of a hard drive will I need if I want a laptop that will last through college?

A. The amount of storage you’ll need depends on the content you plan to store on your laptop. If you think you’ll only use it for writing papers, developing computer code, or streaming an occasional movie, a budget model with 16GB of storage would probably suffice. If you plan to store large files (movies, TV shows, personal videos) or you’re studying a field that requires lots of data storage (digital animation, film), get a laptop with as much storage as you can afford.

Q. Should I buy an external hard drive to back up my laptop?

A. Yes, you should have an external hard drive for system backups and for keeping copies of large files. Cloud-based backup and file storage services are great for small files like pictures and documents, but they quickly become unwieldy when it comes to larger files like system backups or downloaded movies. Even with a speedy internet connection, it’s typically faster and more convenient to back up your laptop’s operating system as well as your largest files using an external hard drive. 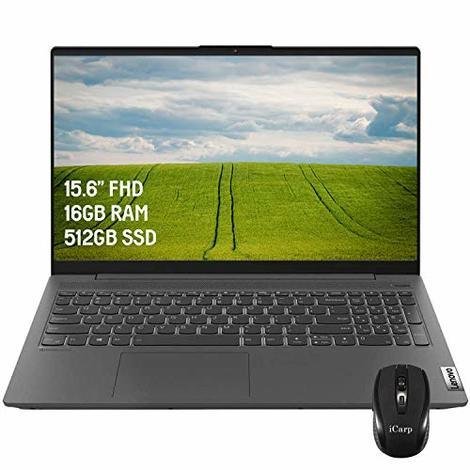 This inexpensive laptop is a versatile and reliable option for college students who need a model to handle a wide range of courses. 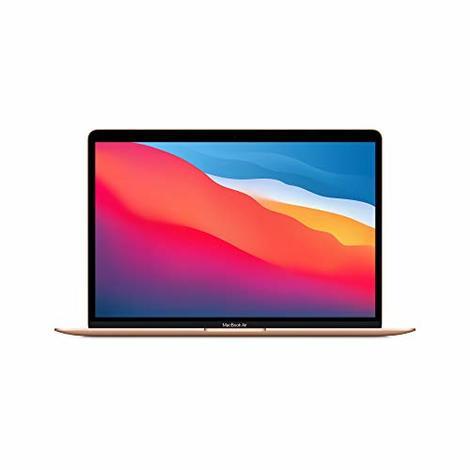 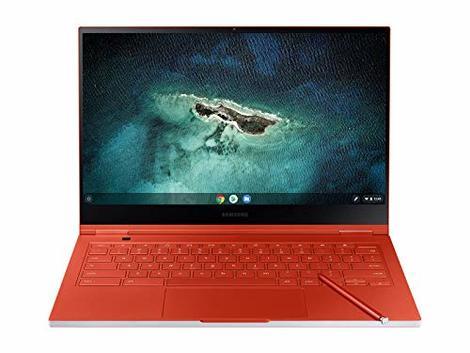 The Galaxy Chromebook’s versatile design, blazing speed, and immersive display make it the most comprehensive laptop for college students. 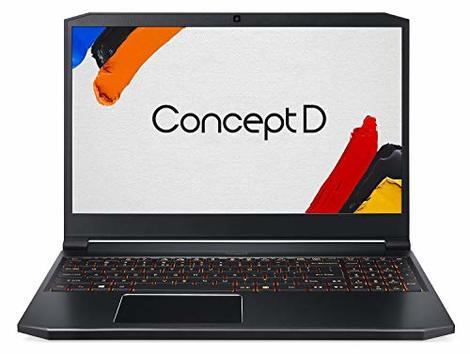 While the ConceptD 5 laptop is a large up-front investment, it is the perfect tool for animators, video editors, and others to utilize in their creative field after college. 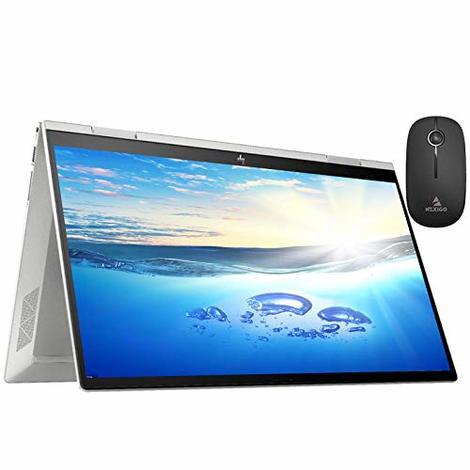 Available in a wide array of configurations, the core HP ENVY Laptop 17t is a perfect fit for college students because it's bright, speedy, capable, and reliable.