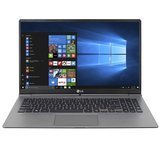 Contains all of the latest components to deliver computing speed, as well as a huge 17-inch display.

One of the most powerful laptops you can buy off the shelf. Includes an 8th generation Intel i7 processor. The 512 GB solid state drive has greater reliability and data access speed than other options. Battery life up to 19 hours.

Speaker quality could be better for a model in this price range. 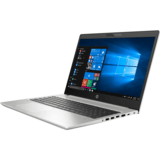 Excellent price for a large-screen laptop that delivers the power you need for work.

You’ll appreciate the 13.3-in. screen for video conference calls. Includes a 256 GB SSD storage, so you can store all of your files securely. With 8 GB of RAM, this laptop has the ability to run nearly any kind of software.

Doesn't include 2-in-1 or touch capabilities of other high-end laptops. 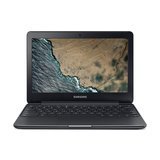 Comes with 4 GB of RAM and works best with Chrome, helping professionals that work with web-based applications.

Versatile option that works as a traditional laptop or as a tablet.

Weighs only 2.75 pounds, so it’s a smart choice for on-the-go computing. Screen completely flips around, allowing you to work on the unit as you would a tablet. Full HD resolution available on the 11.6-inch touchscreen display.

Doesn’t offer powerful components, so computing speed is below average. 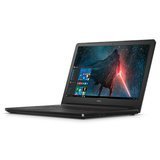 Fast and Bluetooth-friendly laptop that is also attractively priced.

Features 15.6" screen and DVD drive. Comes with Windows 10 Pro. High marks from those who work remotely or travel and need a trusty laptop. Powers up quickly and delivers results. Functions well with multiple applications open at once.

The touchpad can be finicky.

Different programs are available on different operating systems, and while you may already have an operating system you like, it’s worth taking a look at the features offered by the latest Windows, Apple, Chrome, and Linux software.

If you’re someone who works on the go or travels frequently, a compact and lightweight computer with reliable battery life is crucial. If your laptop will mostly be staying in one spot, you may be able to sacrifice convenience for power and performance.

Though storage has never been more affordable, you will still have to decide how much space you need and whether the speed of a solid-state drive is worth the extra cost.

Continue reading our shopping guide to learn more about the factors that should go into your decision. If you’re ready to buy, take a look at our top recommendations. 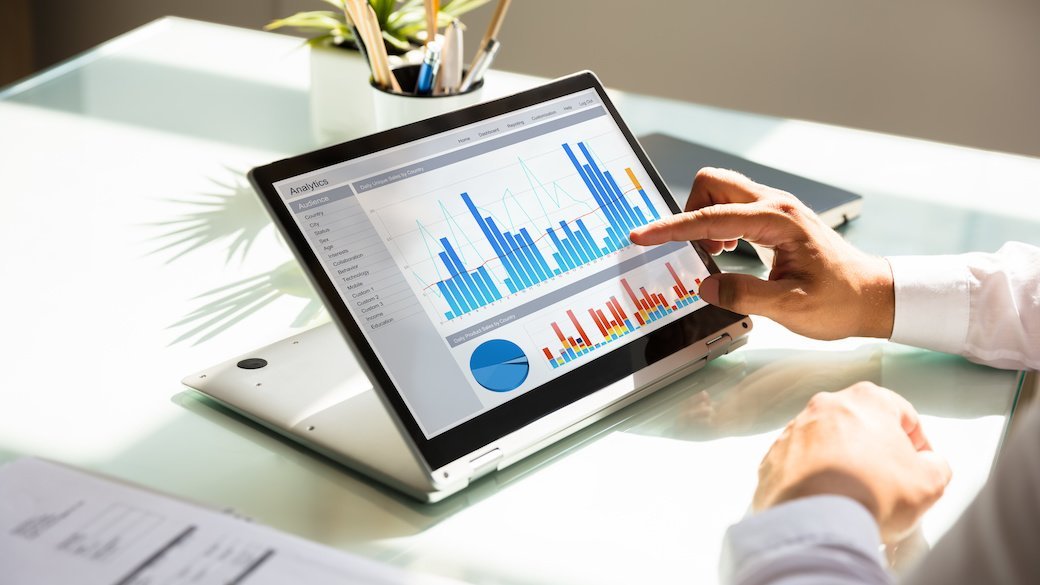 Two-in-one models can be used as a laptop or tablet, allowing you to quickly and easily change modes to give your mouse hand a break or present a slideshow or document on your screen.

Your laptop is the center of your work. Whether it’s your communication hub, your primary design tool, or a combination, your laptop should be suited to your needs and built to last and perform. Here are some key factors to understand before making this big purchase.

You probably already have a preferred operating system, particularly if you use specific programs for your job. If you work in an office, you might be required to use a specific operating system. However, you should still have an idea of what each operating system currently has to offer.

The CPU determines the overall speed and performance of your machine. It does the bulk of the work and “thinking” of the computer, and its RAM allows your computer to handle multiple tasks at once. Both are vital to a high-performing machine that can handle a variety of tasks at once.

The amount of space you need depends largely on what type of work you do and whether you store your files primarily on your computer or on a cloud-based service. Even if most of your work is kept on Dropbox or Google Drive, you will still likely access files from your computer on a daily basis.

More is more when it comes to storage space, but you will pay a higher price for it. Most people can make do with 500GB, and at 1TB, you should have plenty of space for years. However, if you know you’ll need to store large files on your computer, you might want to consider up to 2TB or 4TB of storage.

Other important considerations when buying a laptop are its size, shape, and weight. There’s no debate that smaller and lighter is better, but higher-performing machines sometimes come in larger packages. The latest laptops are smaller than ever, and it’s possible to find a compact machine with a decent amount of processing power – but you’ll often pay top dollar for it.

Most laptops weigh between two and five pounds. Anything less than three pounds is generally quite easy to carry around. You should also take the weight of charging cables, mouse, and other accessories into consideration.

It’s a tricky balance between performance and convenience, but it’s ultimately up to you to decide which is more important. If you’re regularly working on the go or traveling, a sleek form factor may be a necessity.

A reliable battery can go a long way in saving you headaches (or costing you precious work hours) when you’re away from an outlet.

If your business laptop will mostly live on your desk, you might want to go with a small battery that adds little weight since a long rundown time won’t be an issue. If you regularly work on the go, a good battery can be a lifesaver.

Once you have a good idea of what type of laptop you’re looking for, you should dig into the details that can make everyday use more streamlined and convenient.

You’ll likely use your laptop for eight or more hours each day, so it’s important to consider your health when choosing the device that is the center of your work.

An ergonomic design doesn’t always mean a curved keyboard, though some laptops do offer one. It’s also about the size of the screen and the weight of the laptop. If you have large hands or suffer from carpal tunnel syndrome, look for laptops with larger keyboards so your hands aren’t cramped while you type. Laptops equipped with voice recognition can allow you to type hands-free, greatly reducing the risk of wrist strain.

A touchscreen can also be more intuitive and more comfortable to use than a mouse. If you opt for a laptop with a touchscreen, switch between using your mouse and the touchscreen to prevent wrist pain or strain.

Though we hear the words “malware” and “virus” less often these days, security is still as important as ever when it comes to your laptop. There are a few features you should look for to get the best protection.

If video calls are a regular part of your work, you should make sure your camera and microphone are up to the task. Take note of the resolution your camera is capable of, and read customer reviews to see if the microphone produces clear calls. You won’t want to use a built-in camera or microphone for professional video work, but they should be able to handle video chatting.

For any work that requires a detailed eye, you want a decent amount of screen space and crisp resolution to catch every detail.

A durable frame can protect both your computer and your data. If you opt for a flimsier laptop, consider buying a protective case for it.

If battery life is a concern, consider purchasing a portable battery pack for an extra charge on the go.

Take note of the performance of the keyboard and touchpad. These are the parts of the laptop that you’ll use most, so it’s important that they are comfortable and function well.

Low-priced laptops cost between $175 and $450 and typically offer Windows 10 or Chrome OS. These machines may not pack much power, but they tend to be compact and can have batteries that compete with more expensive models.

From $500 to $1,000 are laptops that will meet most people’s needs and may have competitive RAM and processing power. These laptops can last for six years or more and usually offer Chrome OS, Windows 10, or macOS Mojave.

High-performing laptops cost between $1,200 and $2,000 and are suited for work like graphic design, video editing, and 3D modeling. These are powerful professional machines that often have i7 or i9 CPUs and usually run Windows 10 or macOS Mojave.

There are a lot of models to choose from, so we’ve picked two more business laptops that didn’t make it into our top five but are still excellent machines. The Asus VivoBook Pro is an affordable option if you’re looking for something with great performance and a decent graphics card. The form factor is compact, though this laptop does have a fairly short battery life at around five hours. Another affordable option is the Acer Aspire E 15, which sports a 256GB SSD and an impressively long battery life. We love the large 15.6-inch screen and 1080p resolution for multitasking and focusing on details. Includes ample ports and a DVD burner. 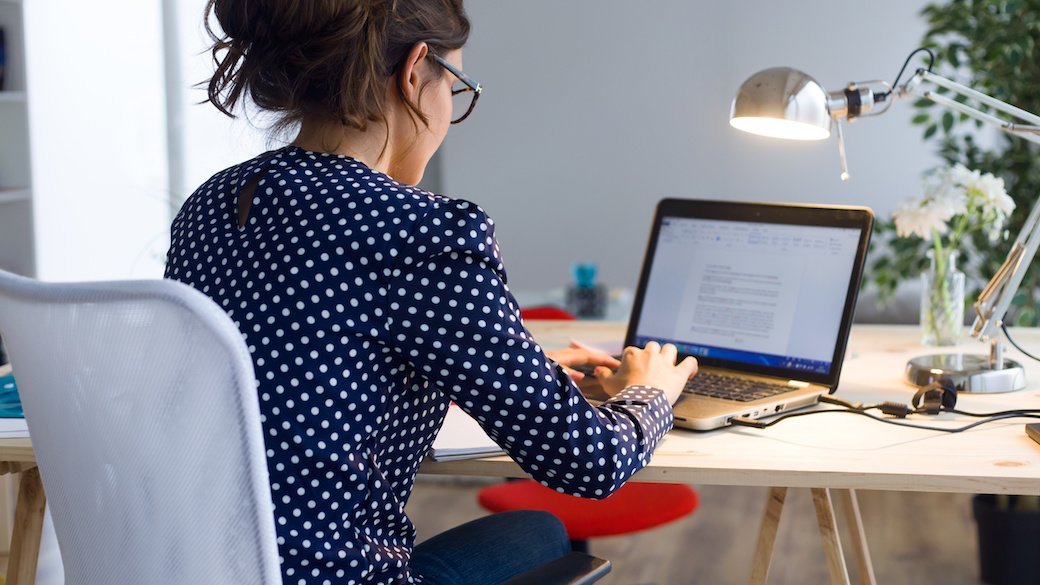 To prevent eyestrain, adjust the brightness of your screen according to your surroundings.

Q. How long should a business laptop last?

A. Most laptops can be expected to last between four and six years before they start to become sluggish. If you work in a rapidly advancing field, you might need to replace your computer more frequently to keep up with the latest programs.

Q. How can I transfer the files from my old computer to my new one?

A. If your files are smaller, you can transfer them via a cloud storage solution like Google Drive or over a local WiFi network. Otherwise, you’ll likely need to use an external hard drive or a transfer cable.

Q. Can I transfer applications from my old computer to the new one?

A. That depends primarily on the application. In some cases, you may have multi-license applications that can be installed on multiple devices. Or you can transfer the license to your new computer. 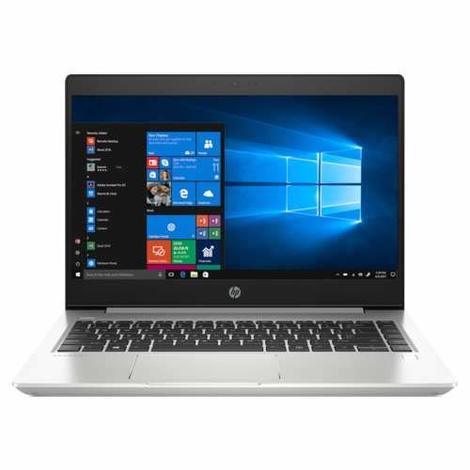 Excellent price for a large-screen laptop that delivers the power you need for work. 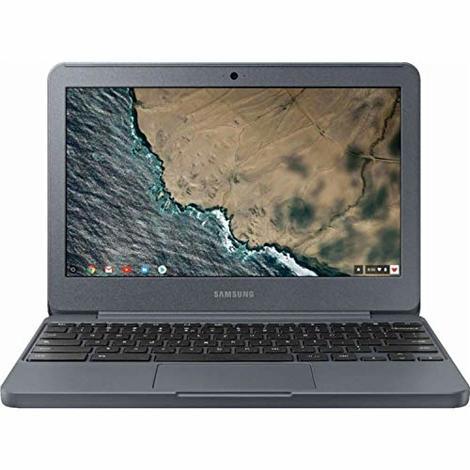 Comes with 4 GB of RAM and works best with Chrome, helping professionals that work with web-based applications. 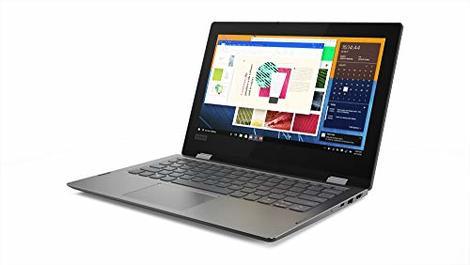 Versatile option that works as a traditional laptop or as a tablet. 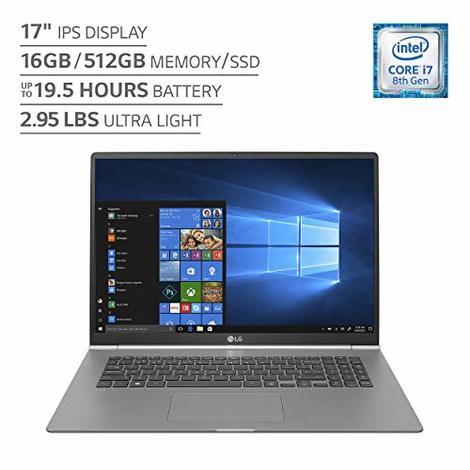 Contains all of the latest components to deliver computing speed, as well as a huge 17-inch display. 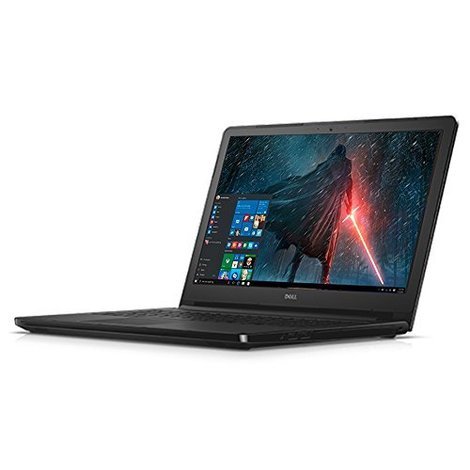 Fast and Bluetooth-friendly laptop that is also attractively priced.